Say “Tex-Mex,” and most people conjure up images of greasy, low-quality food that’s Mexican-ish at best.

“A lot of people have this idea of Tex-Mex as gut bombs on a plate – it’s heavy, it’s not good for you,” says Jose Ralat, the Dallas-based author of the upcoming book “American Tacos,” (University of Texas Press). “That’s not true anymore.”

If anything, Tex-Mex has become more refined in recent years. A rise in scratch sauces, infusions of higher-end ingredients and an openness to subverting tradition has elevated Tex-Mex from a “been-there, ate that” standby into a cuisine capable of tapping into diners’ growing love for Latin American spices, chiles and queso.

According to 2018 study by Datassential, Tex-Mex appears on 39% of menus, but 54% of diners say they “love” or “like” the cuisine. Thus, opportunities abound to slip Tex-Mex into all kinds of concepts, from breakfast spots and brunch menus to barbecue joints or chef-driven small plates.

Traditional Mexican chili sauce made with boiled peppers evolved into chili con carne, which generally consists of beef, tomato paste, garlic, onion and celery. Consider it the Tex-Mex version of marinara – apply it to anything.

At Javelina in New York, Chef Matt Post loads his chili with chopped beef and enough spices – Spanish paprika, Mexican oregano, cumin, cloves, allspice and more – to rival an old-school mole. “You can also use the chili con carne in a Frito pie – which is very Texan,” Post says. Just top Fritos™ chips with the chili, diced onion and shredded cheese. 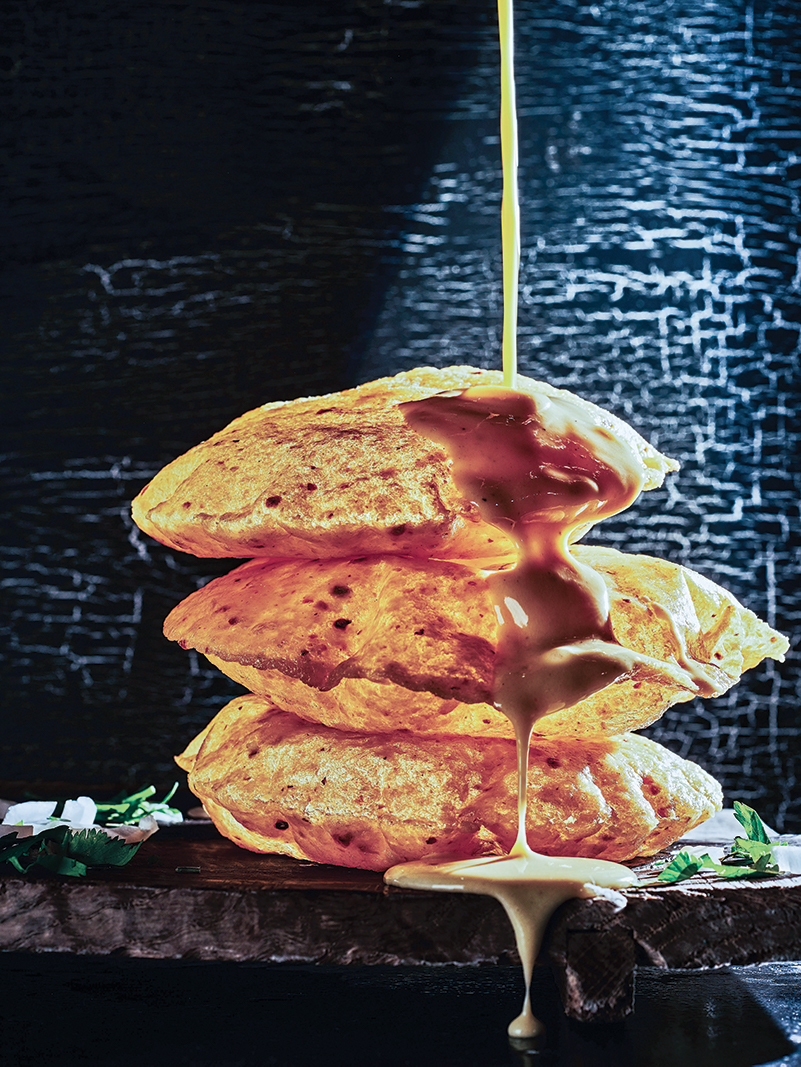 Here’s the perennial query: “Do you want corn or flour tortillas?” The answer, when it comes to Tex-Mex, is both. The tortillas for enchiladas are made with corn, while flour tortillas come on the side. “The flour tortillas are like the bread component – you use them to sop up the beans and rice,” says Nancy Nichols, a Dallas-based author who has written about Texas food for over two decades.

The flour tortilla speaks to Texas’ proximity to northern Mexico, where flour is more common than in the rest of the country. A sign of the new and-improved, fresher Tex-Mex, Ralat says, is a restaurant that makes its own tortillas – “with corn sourced from Mexico,” he says.

At Superica, Chef Ford Fry goes one step further by making bacon fat tortillas, which are paired with a queso fundido made with chanterelle mushrooms. Fry heaps on the serrano chile, thyme and melted Chihuahua cheese, which gives the dish a spicy-garden-sweet twang to offset the funkiness of the mushrooms. It’s proof that everything – even a Tex-Mex staple – can benefit from a little extra earthiness and an undercurrent of bacon.

The standard-bearer of the Tex-Mex table – as well as the dish often used to judge the worth of any Tex-Mex restaurant – is the house’s combo platter.

The standard template includes a cheese enchilada covered in chili con carne, a crispy beef taco or a tamale, refried beans, yellow rice, and guacamole on top of shredded iceberg lettuce (a “guacamole salad”). For a combo that delivers more, look to Garcia’s in San Antonio, which serves two cheese enchiladas and a pork tamale, all under chili con carne and even more cheese, plus a crispy beef taco, rice, and beans cooked in lard and bacon fat.

Anyone can pile an egg scramble and sausage into a tortilla and call it a breakfast taco. With tacos reaching a saturation point, you need to get more creative. At Thunderbird in Los Angeles, local cage-free eggs become a French omelet filled with housemade chorizo and cheese.

The eggs and chorizo are topped with queso Oaxaca, salsa ranchera, cilantro and shoestring potatoes, and served with country potatoes and a mixed green salad.

It’s a hulking dish – some of breakfast’s greatest hits on one plate – that has value and novelty, but it also underscores Thunderbird’s from-scratch ethos and its commitment to using humanely raised products – two qualities Angelinos prize.

“I feel that cooking the eggs and chorizo in this style really elevates the dish and takes away from your standard egg scramble, says chef and co-owner Justin Farmer. “Customers love the contrast of the rich fluffy eggs and the crunch of shoestring potato fries on top.”

In 2012, while on a flight from Los Angeles to Houston, Ninfa’s Executive Chef Alex Padilla fell asleep craving a burger. “I had a dream I was eating a fajita burger,” he says. So when Padilla landed, he created his own. Padilla uses eggs and breading to hold the meat together since skirt steak, which typically is used for fajitas, doesn’t have as much fat as regular beef. “The poblano and Oaxaca cheese add that extra little bit of Tex-Mex flavor,” Padilla says. “Burgers are Americans’ fast food choice, but this adds the rich flavors of fajitas. It’s like sharing both cultures.” 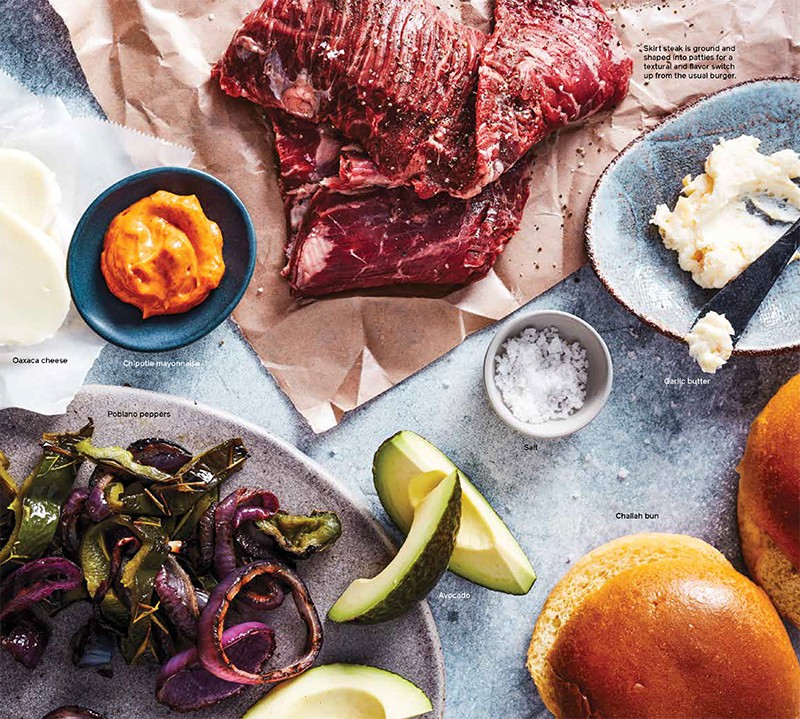 Bring on the Tex-Mex Barbeque

But the real evolution began at his sister restaurant, Killen’s Barbecue, where he conjured up everything from short rib tamales to brisket enchiladas. No one had tried that before, says Killen, but when they hit the menu they sold phenomenally. If you’re going to smoke things, go with post oak and pecan wood. “Tex-Mex is changing, and it’s huge right now, especially in the barbecue scene,” Killen says, noting chef-driven trends like Wagyu brisket tacos. “You didn’t used to have classically trained chefs making Tex-Mex. Now you do.” 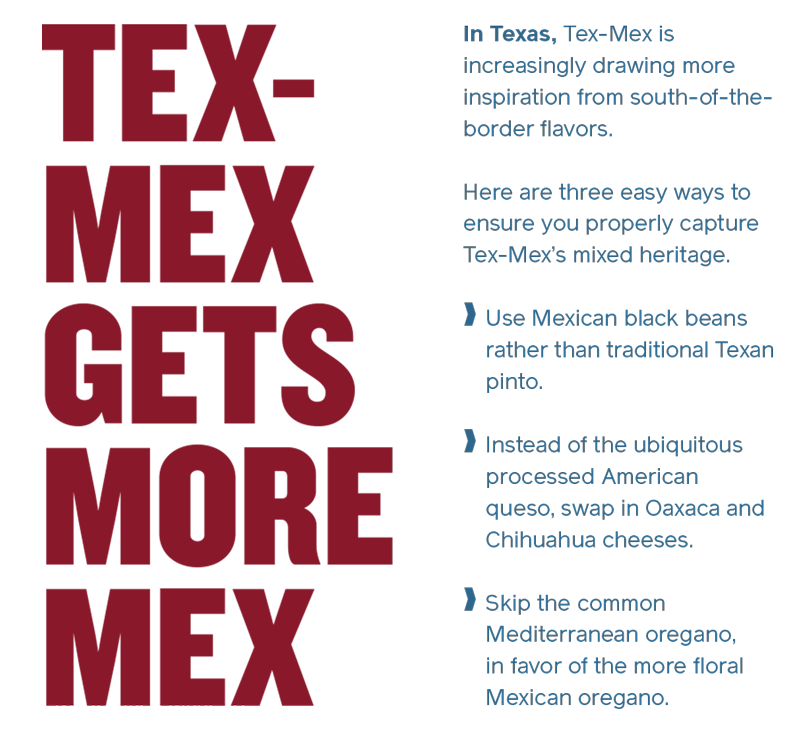 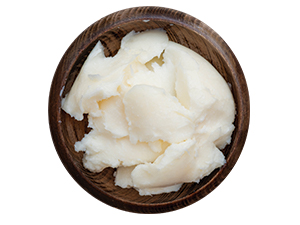 It’s not true Tex-Mex cooking if you’re not using lard, says Nancy Nichols, a Dallas-based author who’s studies Texas food trends and history. For authentic refried beans, boil them first, then fry them in lard. Then make sure to look for a bit of a Tex-Mex sheen, says Ford Fry, owner of Superica in Atlanta. “The beans should be on the looser side and packed with housemade lard, so it shines a little bit,” he says. 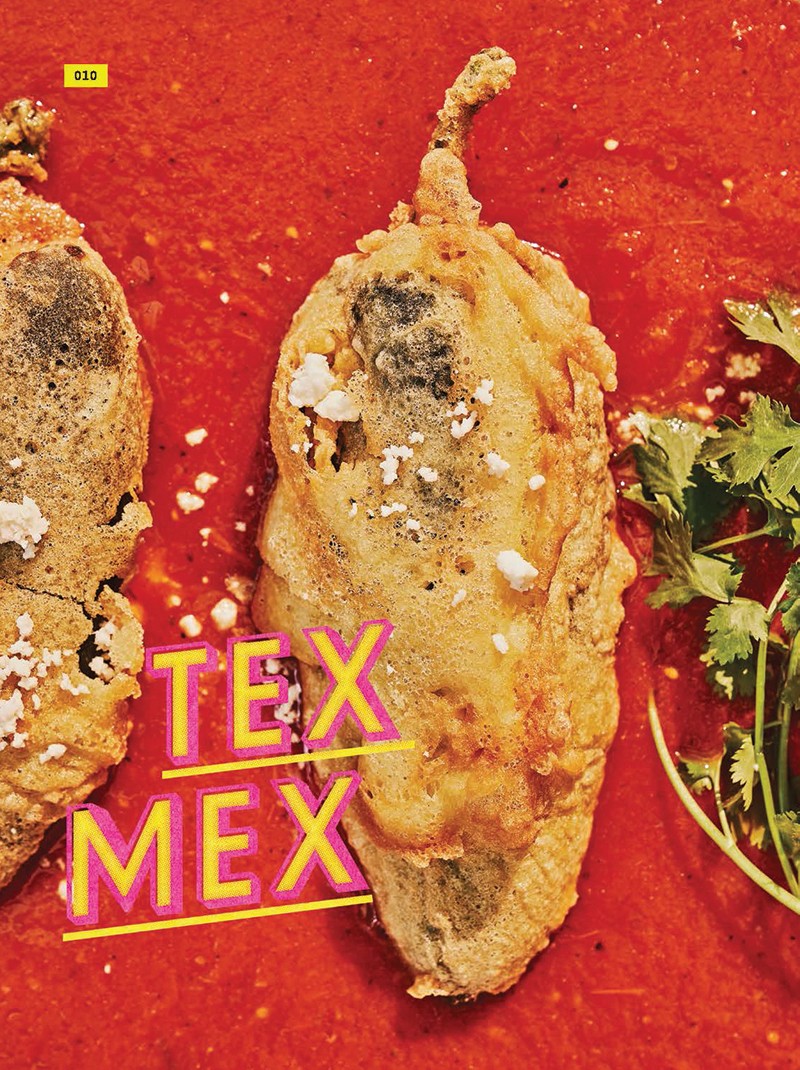