To grab a diner’s attention, more is better, especially when you’re catering to a crowd of fun-loving sports fans or tables joyful that they’re gathering in person. Compelling ingredient and flavor combinations can be found in bowls, burgers and anything in a bun, as long as it stacks up and sticks out. Whether portions are breaking big or the inspiration was a fever dream (or both), nothing is dainty.

Over-the-top dishes are eye-catching, often outrageous, fun and always give guests something to talk about. They transcend concepts, working just as well in sports bars as they do in fine dining. When everything and everyone is competing for your customers’ attention, they’re needed more than ever.

Check out these examples:

❱ Creator: Chef and co-founder Johnny Nguyen at The Dive Steam Kettle Cooking in Temple City, California
❱ Inspiration: “We had an item like this that was only using French fries, but I really like tater tots, so we mashed this whole thing in, and the flavor profile was ridiculous.”
❱ Popular among: “Our demographic is really diverse, so we have all ages and ethnicities, but this is a hit across the board,” Nguyen says.
❱ Money maker or loss leader? Money maker. 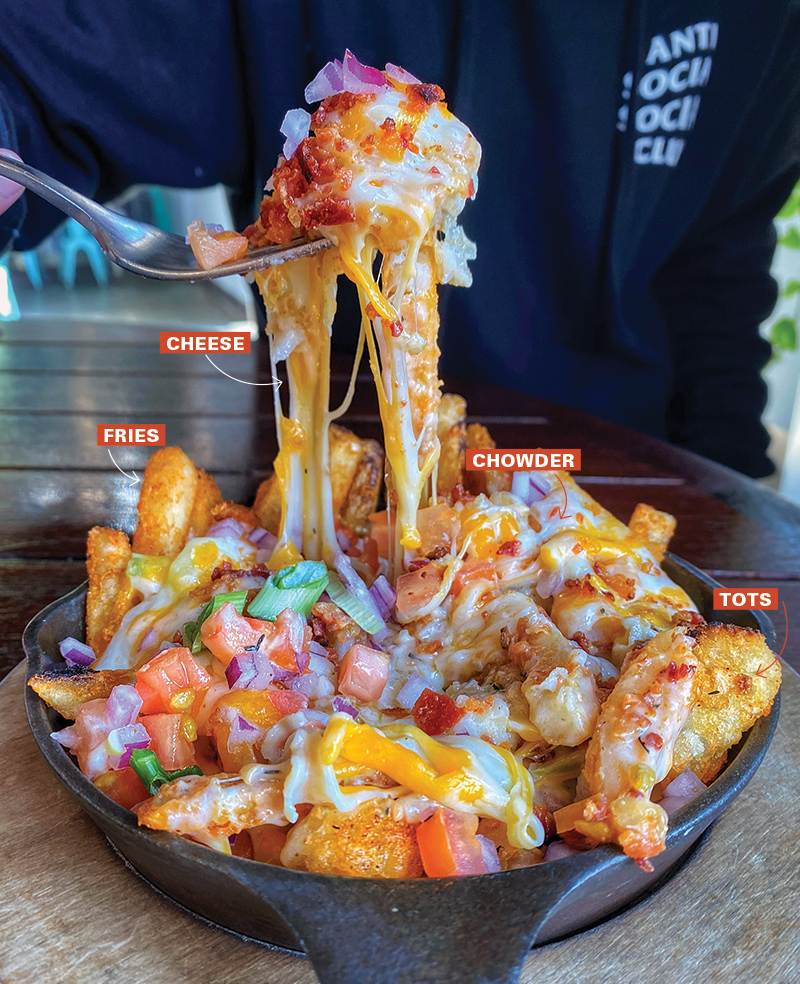 ❱ Creator: Edward Lee, chef-owner of 610 Magnolia and other restaurants in Louisville, Kentucky
❱ Inspiration: “I love the classic blue cheese and steak pairing but wanted a little more adventure. Everything is cut chunky so that each bite is a little bit different and makes you keep coming back for more,” Lee says on his Instagram post.
❱ Popular among: Lee created the dish for a client, but if the 1,996 likes are any indication, the dish would be a hit at the restaurant. 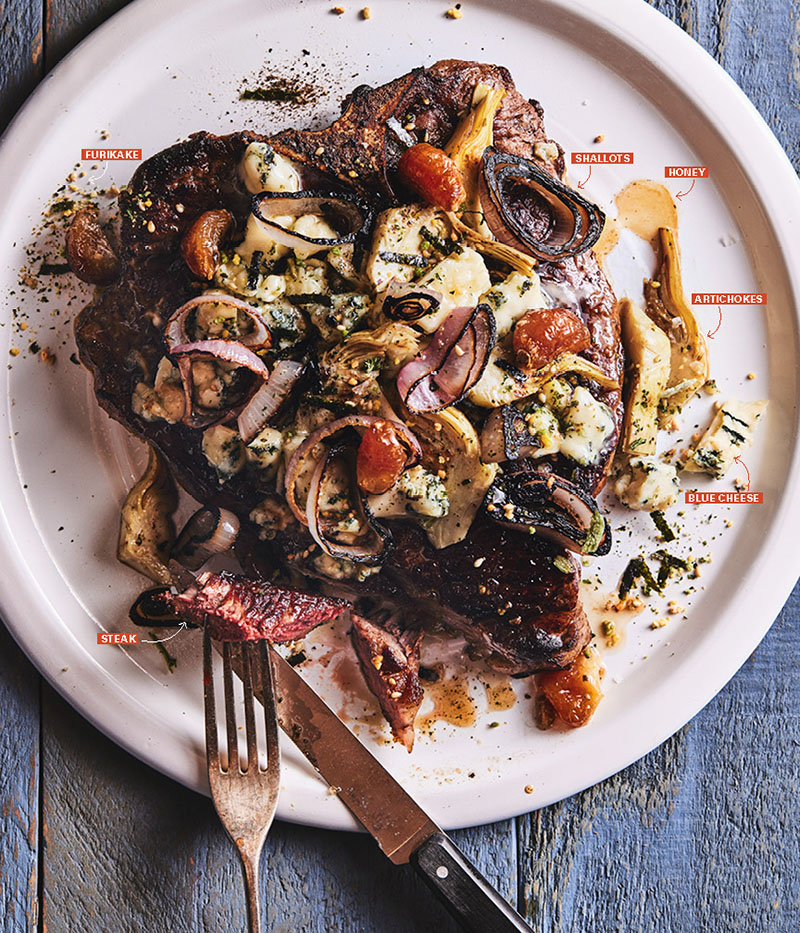 OVER-THE-TOP DISHES ARE EYE-CATCHING, OFTEN OUTRAGEOUS, FUN AND ALWAYS GIVE GUESTS SOMETHING TO TALK ABOUT.

❱ Creator: Justin Fallon, executive chef at Ivory Pearl in Brookline, Massachusetts
❱ Inspiration: “I like to cook with flair and whimsy. It feels reminiscent of a classic hot dog, with the octopus having a fried exterior but a soft interior,” Fallon says. “The condiments are flavors that work well with octopus, and when you’re in uncharted territory, it’s good to have familiar flavors.”
❱ Popular among: “Not everyone is adventurous, but the novelty is a factor.”
❱ Money maker or loss leader? “Somewhere in the middle in sales,” he says. 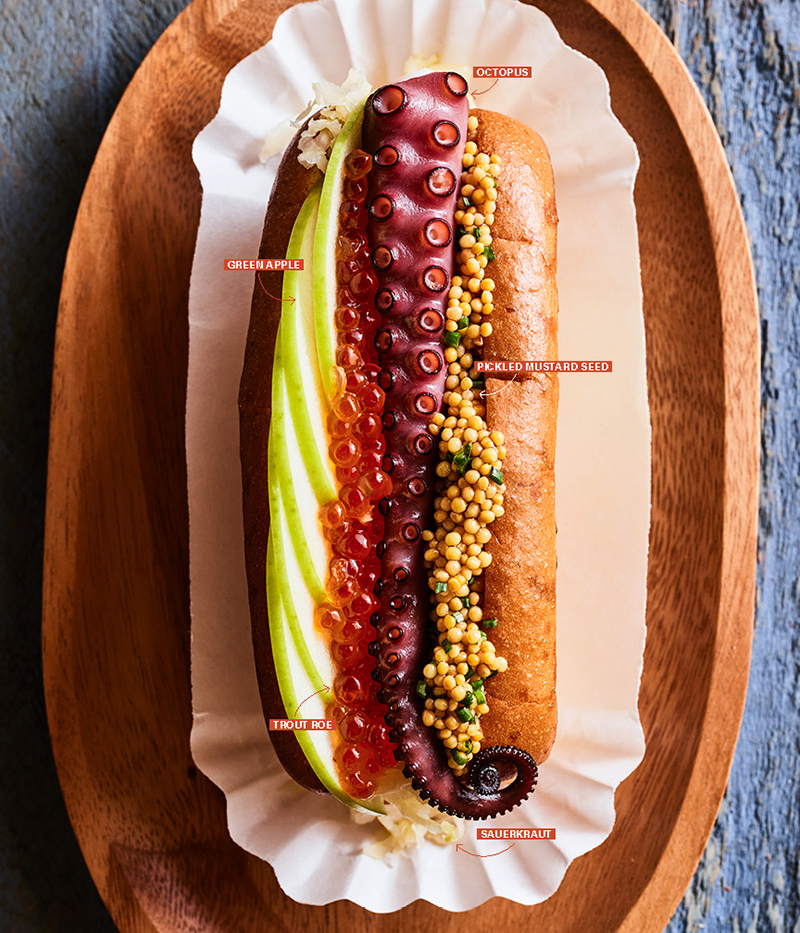 PILE ON THE MEAT

❱ Creators: Owners Jake and Janie Burkett, The Biscuit Bar, multiple locations in Texas
❱ Inspiration: “We obviously wanted to have something over the top, and we also kid around that our philosophy is you’ve either had a rough night or are about to have a rough night. This is our hangover biscuit.”
❱ Popular among: “Kids all the way to 90-year-olds.”
❱ Money maker or loss leader? “Money-maker. We throw in everything but the kitchen sink but are very intentional about our pricing. We don’t do loss-leaders, except for maybe a few kids’ menu items.” 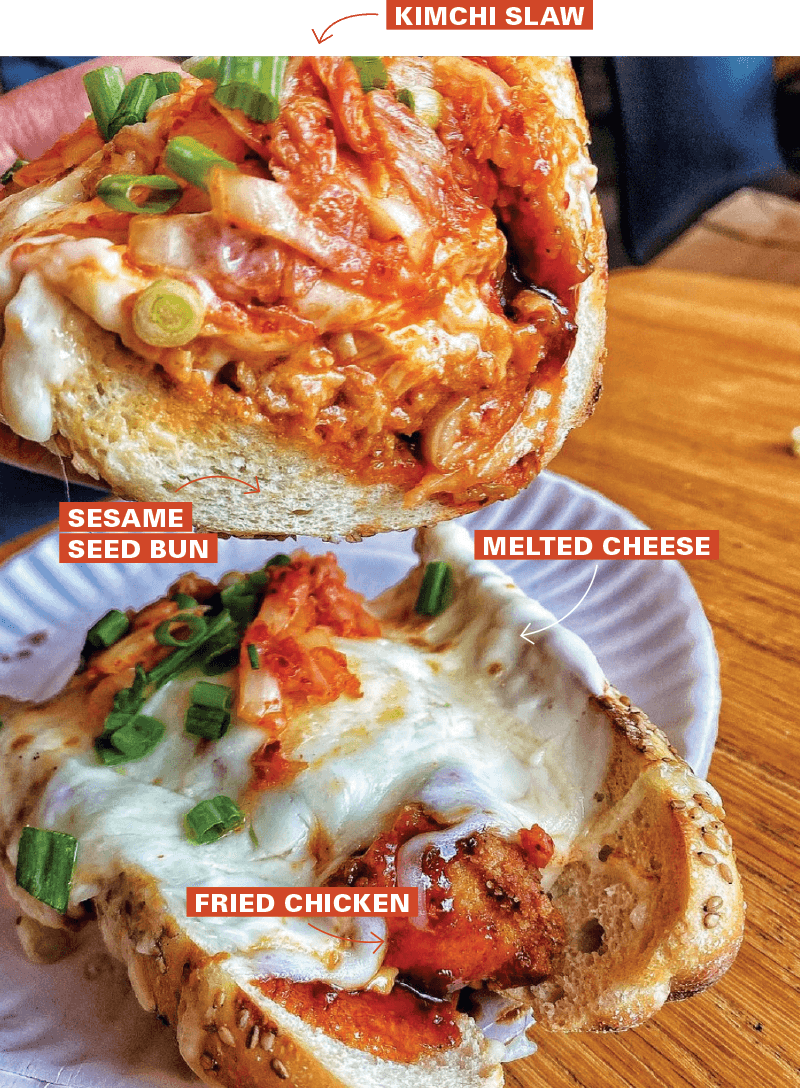 ❱ Creator: Mike Hauke, founder of Tony Boloney’s, multiple cities in New Jersey
❱ Inspiration: Fried chicken and mild cheese takes on classic Korean condiments. “Many people are getting familiar with Korean-style food, and they aren’t afraid of trying it a new way,” Hauke says.
❱ Popular among: “People come here because they are not getting a traditional sandwich. There is no set demographic. It’s people who want something different.”
❱ Money maker or loss leader? “Money maker!” 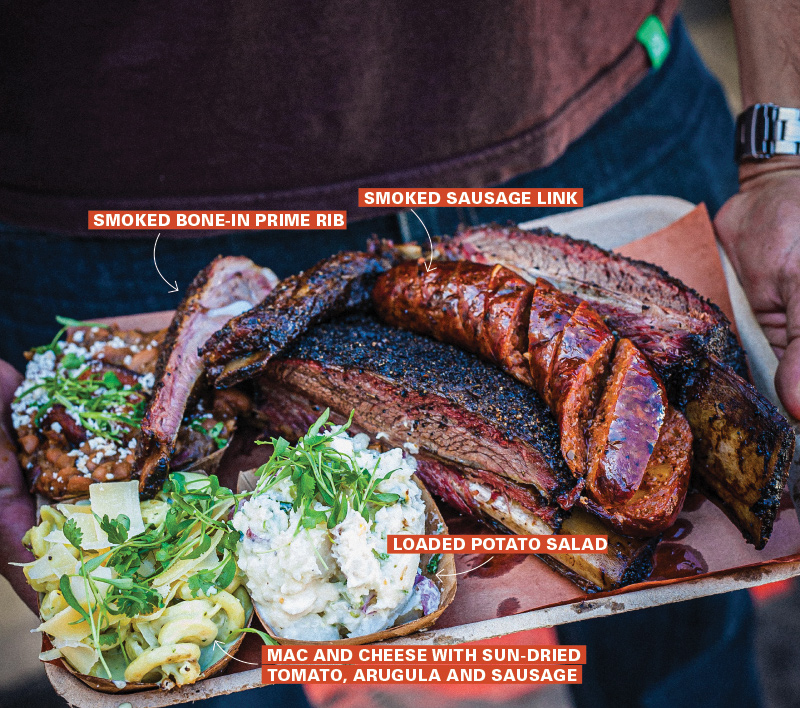 WHETHER PORTIONS ARE BREAKING BIG OR THE INSPIRATION WAS A FEVER DREAM (OR BOTH), RESTAURANTS ARE NOT FEELING DAINTY THESE DAYS. 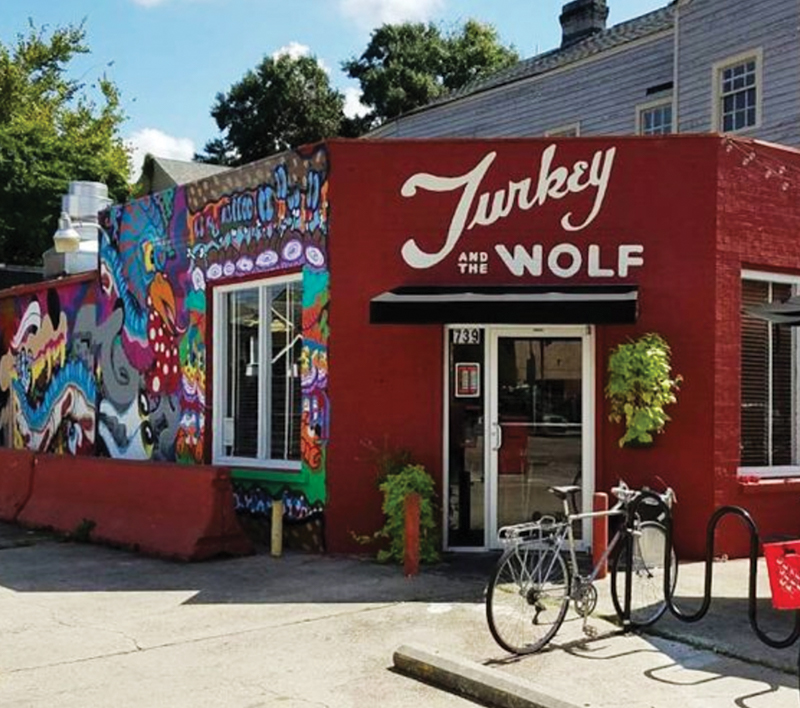 ❱ Creator: Phil Cenac, Turkey and the Wolf in New Orleans, Louisiana
❱ Inspiration: Chef Cenac loves Japadog, a Japanese hot dog stand in Vancouver, British Columbia. He based this dish on his time spent there.
❱ Popular among: “Anyone who comes to Turkey and the Wolf knows to expect something wild.”
❱ Money maker or loss leader? “It was a regular priced item, and we had a 30% food cost, so neither a high-end or low-end money maker situation,” Cenac says.

❱ Creator: Executive Chef Andrew Gruel, Slapfish Restaurant Group
❱ Inspiration: “The Senior VP of Nathan’s is a friend of mine, and we were talking about approachable food with high-end ingredients. This is a mash-up of their Pat LaFrieda New York Cheesesteak and our Laguna Beach seafood.”
❱ Popular among: “Given that it is very ‘Instagrammable,’ we are seeing a lot of requests directly from social posts.”
❱ Money maker or loss leader? “Massive loss leader,” he says.