Waste is a costly part of running a restaurant, but it can be reduced with effective solutions. At this event, we’re discussing how chefs and operators can reduce over-ordered, over-prepped and over-portioned food in their restaurants by streamlining ordering and inventory and using leftovers in creative ways.

Gena McKinley is zero waste advocate with a special interest in keeping edible food out of landfills. Her leadership, commitment and advocacy for zero waste earned national recognition as she was chosen to be included in Waste360’s 40 Under 40 list of rising stars in the industry. 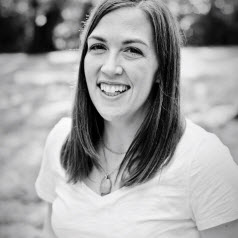 Gena brings a passion for public service and community betterment to both her work at the City of Austin and her volunteerism in Austin and Central Texas. As the Strategic Initiatives Division Manager for Austin Resource Recovery, she oversees recycling economic development, zero waste policy and program development, community outreach and public education.

In the fall of 2017, Gena worked with a team to host a global food waste awareness event, Feeding the 5000, to take food that would have otherwise gone to the landfill and created a communal feast. The event was designed to increase awareness around the magnitude of food waste and to empower community members to make informed decisions about buying and using food.

She lives in Austin with her son and they can often be found on a hiking trail or listening to live music. She also spends time serving as a Guardian ad litem for children in the foster care system through CASA of Travis County, helping Health Alliance for Austin Musicians raise money to fund its efforts to provide healthcare for Austin musicians and rescuing food for hungry people through Keep Austin Fed.

Jesse Griffiths started Dai Due with partner Tamara Mayfield in 2006, initially as a supper club and farmers market stand, before expanding it to include the New School of Traditional Cookery – a series of ethical hunting, fishing, cooking and butchery classes. In less than a year, they had drawn students from around the country and gained attention from The New York Times, Texas Monthly, The Wall Street Journal, and others.

Griffiths was nominated as Food & Wine's The People's Best New Chef in 2011. In 2012 Griffiths shared his love of the hunt with his James Beard Award-finalist cookbook, Afield: A Chef’s Guide to Preparing and Cooking Wild Game and Fish, which he worked on with Austin-based photographer Jody Horton. In the fall of 2014, Griffiths and Mayfield opened Dai Due’s brick-and-mortar butcher shop and restaurant. Described as “an ode to Texas,” the restaurant was named one of the top 15 Most Outstanding Restaurants of 2015 by Alan Richman of GQ Magazine, one of the South’s Most Exciting New Restaurants by Garden & Gun Magazine, one of Austin’s best restaurants by the Austin-American Statesman, and one of Bon Appetit’s Top 10 Best New Restaurants in America of 2015.

Tavel Bristol-Joseph
Tavel Bristol-Joseph began his culinary journey when he spent Saturdays baking cookies, cakes, and pies with his aunt. After moving to the United States from Georgetown, Guyana, when he was seventeen years old, he attended the New York Restaurant School. 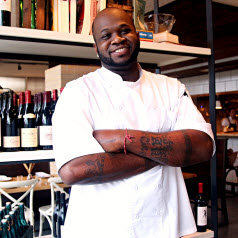 Bristol-Joseph’s career in New York included five years at The River Café in Brooklyn, two years at the W Hotel in Times Square at Blue Fin, and a year at Braeburn Restaurant in the West Village.

In 2006, he moved to Tucson, Arizona, where he joined Fox Restaurant Concepts, and worked at Bistro Zin, North, and Wildflower. There he won the Chef Association of Southern Arizona’s Pastry Chef of the Year Award. In 2009 he made his way to Hacienda del Sol and Zona 78 Italian Kitchen as corporate pastry chef. Most recently, he expanded his talents to include more than just pastry, as he became the general manager for Zona 78 in 2013. While at Zona 78, he began working with Kevin Fink.

Bristol-Joseph and Fink opened Emmer & Rye in November 2015. The restaurant was included in Bon Appétit’s “America’s Best New Restaurants 2016” list as well as Texas Monthly’s 2016 “Where To Eat Now” list.

How to Reduce Food Waste

Find ways your restaurant can reduce food waste with these tips from a Talk Shop Live panel in Austin, TX. Read more here.