“The promotion also helped to drive Chipotle’s biggest guac day in history at the time, with over 802,000 sides of guac served,” says Tressie Lieberman, vice president of digital and off-premise dining. 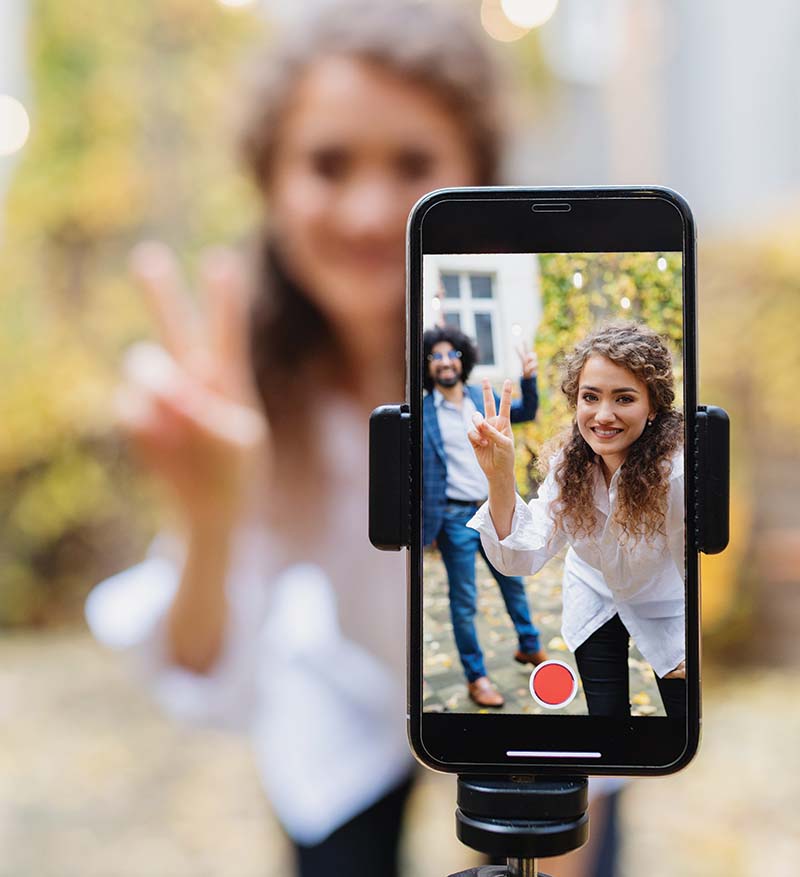 Chipotle has continued to leverage TikTok. Chipotle Royalty Challenge, which offered a $10,000 cash prize to a fan with the best video describing their Chipotle order, drove engagement through the roof.

Launched in 2016, TikTok has shot up to more than 1 billion users, becoming the fastest-growing social media platform in history. It’s become a formidable marketing tool for restaurants – and not just large-scale brands like Chipotle. Last March, a video of Sushiya, a casual Japanese restaurant in Dallas, set to Bad Bunny’s “Cloud 9,” scored more than 2 million views. Months later, the business continues to experience increased sales.

Like any unfamiliar digital medium, TikTok can be tricky and even a waste of resources for the uninitiated. If used correctly, however, it has the potential to reach enormous audiences and drive up revenue; some do’s and don’ts to bear in mind.

DO HAVE A SOLID FOUNDATION

Successful social media begins with a strong foundation, a place to drive traffic that tells customers more about your restaurant and what you’re all about. That means a formidable website and a solid social media strategy for Instagram and Facebook before diving into TikTok and reaching out to influencers. Your video content – 15-second clips – can be leveraged on all three platforms. Menu specials, instructional step-by-step plating of popular dishes as well as customers enjoying food and drink are all ways to get started.

While it may be tempting to simply reach out to influencers with millions of followers, micro-influencers on TikTok and Instagram can be a valuable tool. Parade, the Gen Z and millennial-focused online clothing brand, went from a scrappy startup to a powerhouse valued at $140 million in part by reaching out to influencers with followers in the low thousands. Unlike their more famous counterparts, micro- and nano-influencers are often easier to work with, and their content tends to feel more relatable to the average TikTok user.

DO KNOW YOUR AUDIENCE 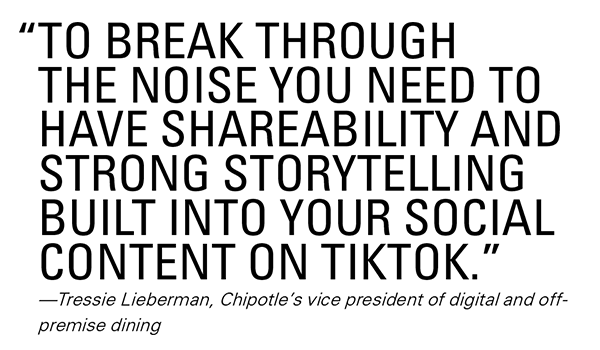 According to research published last April, 25% of TikTok users in the U.S. are in their teens, and nearly half the platform’s audience is under 29. For a brand like Chipotle, that made the platform particularly attractive. “Over half our customers are millennials or Gen Z, which aligns with the TikTok audience,” Lieberman explains. “There is a ton of organic conversation about Chipotle on the platform, and we want to be where our customers are.” The restaurants that stand to gain the most by engaging with TikTok are ones that already have a younger clientele.

DON’T PUSH IT IF IT’S NOT AN ORGANIC FIT

A fine dining restaurant specializing in tasting menus is less likely to benefit from TikTok. These sorts of establishments are less likely to attract a Gen Z customer base, meaning they’ll see better return on their investment by spending the money on public relation firms, which engage with traditional media channels, as well as high-quality visual materials for Instagram, which has a more even age distribution. 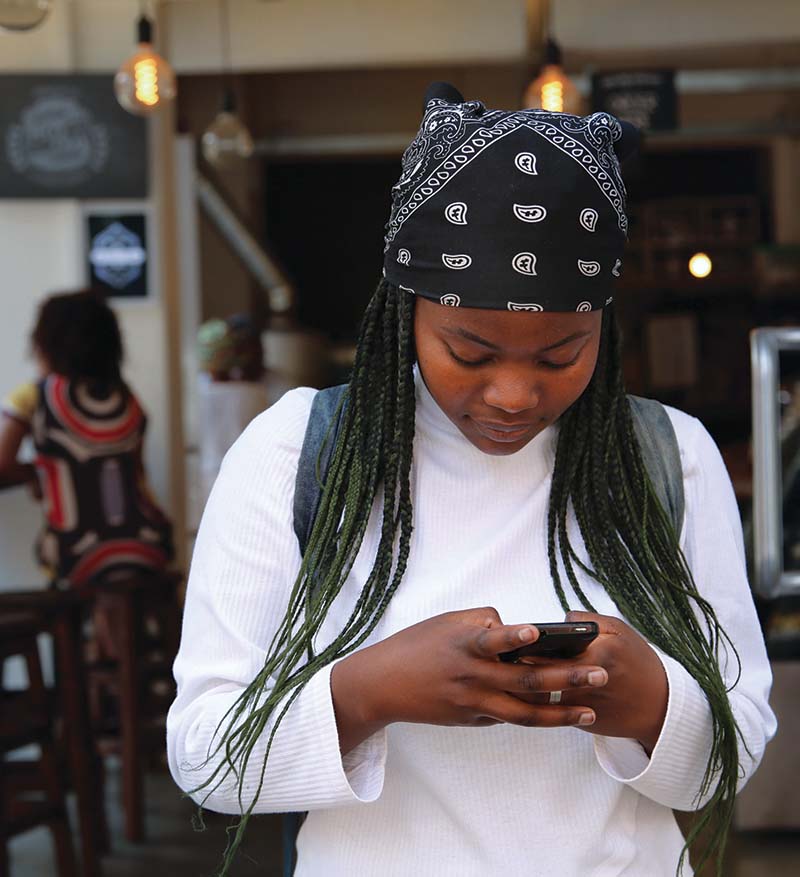 DO USE TIKTOK TO SHOW OTHER SIDES OF THE RESTAURANT

Everyone loves getting in on a secret, and TikTok users are no exception. Videos that show how a signature dish is made tend to perform well, particularly if they feature an inside look at the back of the house led by a charismatic employee. To create even more engagement, consider showing special off-menu creations on the platform and encouraging TikTok fans to order them.

DON’T FORGET THAT TIKTOK CAN BE A RECRUITING TOOL

With the current labor shortage showing no signs of abating, it’s more important than ever for restaurants to reach out to prospective employees in their early 20s. TikTok can be an effective means of showing the kind of fun, team-oriented working environment a restaurant strives to foster. See related story here.

“In the attention economy, we are competing with countless brands, creators and media outlets for consumers’ time and engagement,” Lieberman says. “To break through the noise and influence purchasing decisions among influential groups like millennials and Gen Z, you need to have shareability and strong storytelling built into your social content on TikTok.” Challenges, which encourage TikTok users to create their own clever take on a viral trend, are particularly effective for restaurants.

DON’T TAKE YOURSELF TOO SERIOUSLY

“One of the key reasons people come to TikTok is to have fun, and brands can’t make the mistake of taking themselves too seriously,” Lieberman says. TikTok videos that read like conventional advertisements are likely to flop or come across as painfully out of touch.

TikTok memes and trends rise and fall with dizzying speed, meaning it’s crucial to have a sense of what’s in and what’s not before producing content. “Being aware of social trends and working to tell real stories that create authentic connections with users will help ensure longevity on the app,” Lieberman says. Whether that’s mind-tingling ASMR in a behind-the-scenes cooking video or using a viral song as background music, correctly applying of-the-moment trends can make a restaurant brand seem savvy and relevant.

When it comes to Twitter and other social media platforms, Popeyes, Domino’s and other large chains with multimillion-dollar marketing budgets have long led the way. On TikTok, however, all it takes is one viral video to dramatically boost sales for months. Gen Z TikTok creators tend to favor less polished content in contrast to the overly stylized imagery that once dominated Instagram, meaning restaurants don’t necessarily need to shell out big bucks to produce a catchy video.