It was only a matter of time before competitors would start to gain traction for a slice of the third-party delivery pie by enticing restaurants with fees lower than the average 30% charged by big players like Grubhub and DoorDash.

Emboldened by New York and San Francisco, with laws that prevent such high commissions and consumer support for lower fees, regional and national services have been popping up all over the country. Here are a few to keep an eye on: 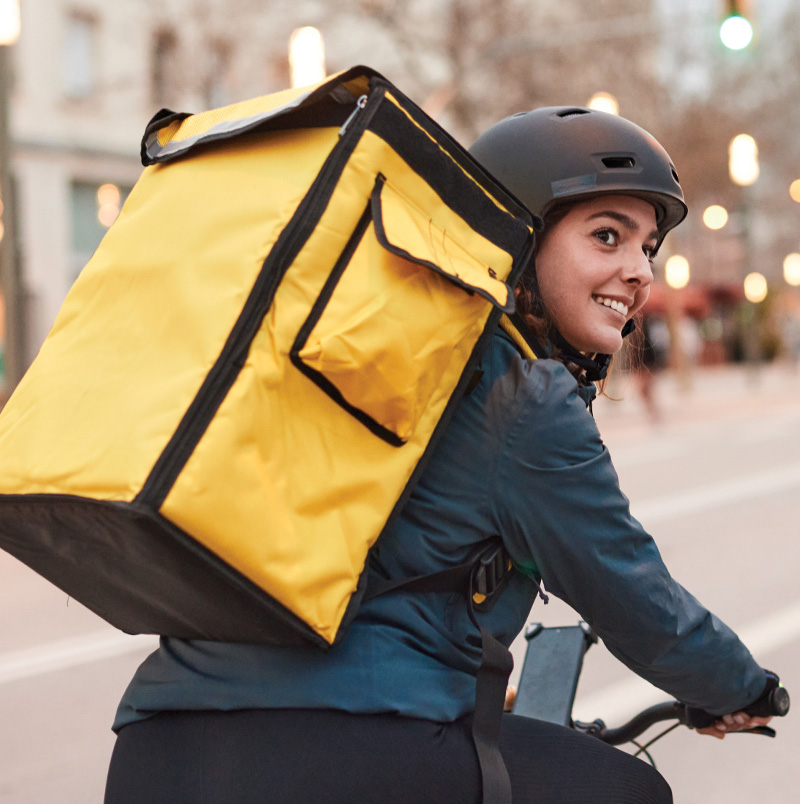 Created in Iowa by Jon Sewell, LoCo Co-ops is a cooperative delivery service controlled and owned by participating local restaurants. Sewell developed the service in response to Grubhub’s rise and its looming financial threat over independent restaurants. It operates in several states, including Tennessee, Florida and Virginia, with plans to expand.

HOW IT STANDS OUT: LoCo boasts fair commission rates, a fleet of solid drivers and a promise to put the communities first.

+ PROS: Independent contract drivers can earn as much as $20 per hour.

– CONS: Startup fees for each franchise, as well as the responsibility to manage the delivery service. 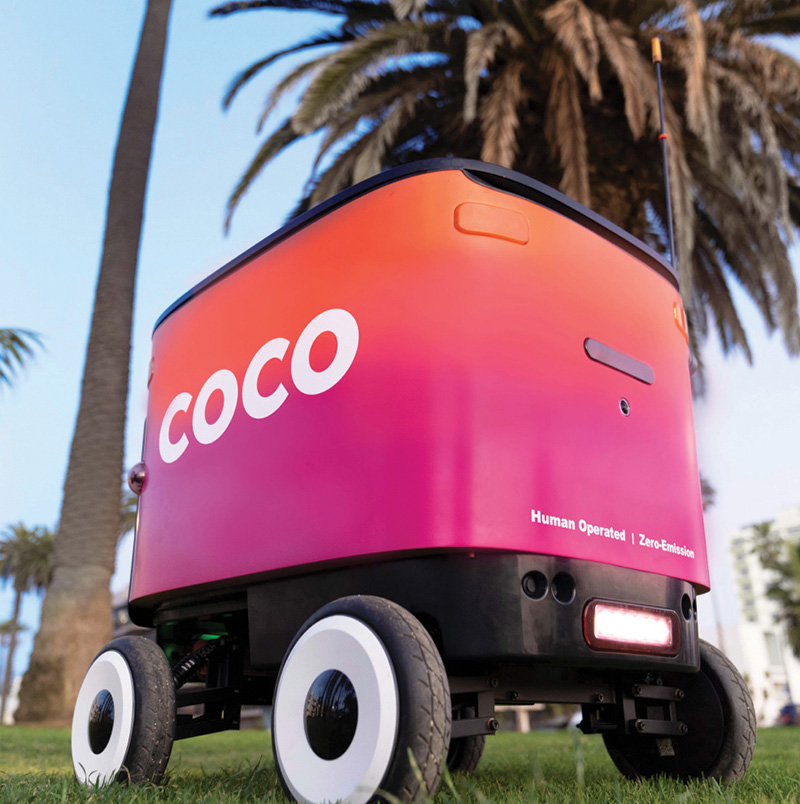 Coco is a California-based, third-party service using robots by way of remote human operators. Robots are driven by a human operator to pick up orders who then dispense the robots to the recipients.

Delivering 50 to 60 orders per hour and partnering with over 100 local merchants in Southern California, Coco is planning to expand to more cities in 2023, according to the restaurant's chief of staff Anna Dailey.

HOW IT STANDS OUT: Coco robots are electric, leading to zero emission versus car-based trips performed by delivery drivers with other services. Instead of replacing delivery jobs, Coco integrates human roles into their operation.

+ PROS: Between 20% to 50% cost savings compared to standard commission rates like with Uber Eats and Grubhub. Equates to about $5 to $6 per delivery. “We can charge less than a courier-based delivery service because our costs are less,” says Dailey. “Traditional delivery companies have to over-index on the supply of couriers to ensure demand isn’t outpacing supply. In our business model, we’ve decoupled local supply and demand to create a 1:1 pilot: delivery utilization with no downtime.”

– CONS: Sidewalk congestion and collisions with people, though advances in technology are working out the kinks. 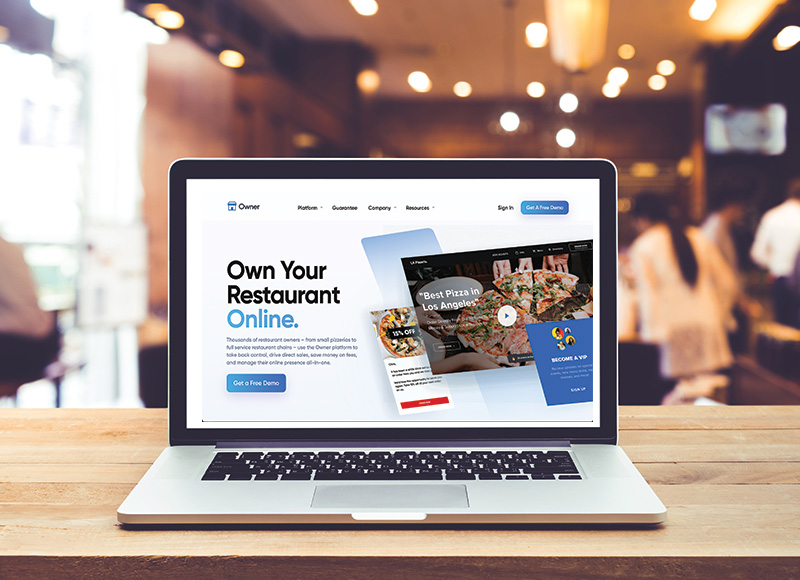 Cofounded by Adam Guild and Dean Bloembergen in 2020, this all-in-one platform works with more than 700 restaurants to build an online presence to streamline visibility and online delivery orders, among other benefits.

HOW IT STANDS OUT: Owner works with services like DoorDash and Uber Eats to strategize lower costs for its delivery services, but customers order through a restaurant’s website or app. Owners charge a 5% commission fee. 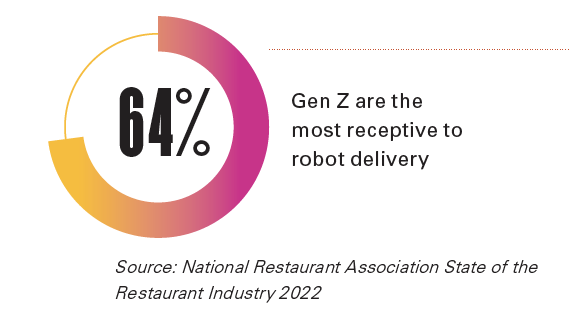 + PROS: Restaurants negotiate a flat fee that’s split between the customer and the restaurant, the amount of which the latter determines.

– CONS: Dealing with a partnership versus a single entity. 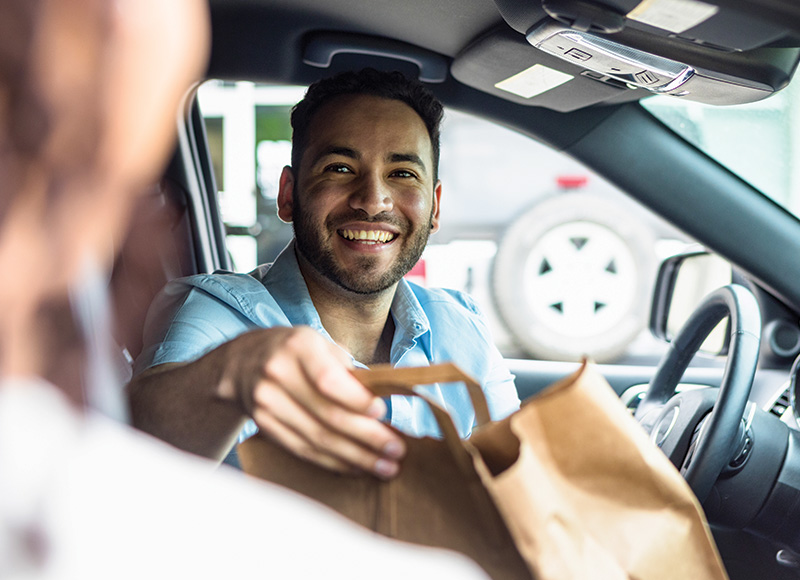 This is a nationwide network of local delivery companies that are members of the Restaurant Marketing and Delivery Association (RMDA).

HOW IT STANDS OUT: Instead of with the third-party giants, restaurants pair with a locally owned company. Fees are negotiated between the restaurant and the LocalDelivery member. “Most of our member companies charge a 15% commission, but sometimes it’s a 0% commission and the 15% fee is passed along to the customer,” says RMDA president Andrew Simmons.

– CONS: Lacks exposure; costs may not be less.