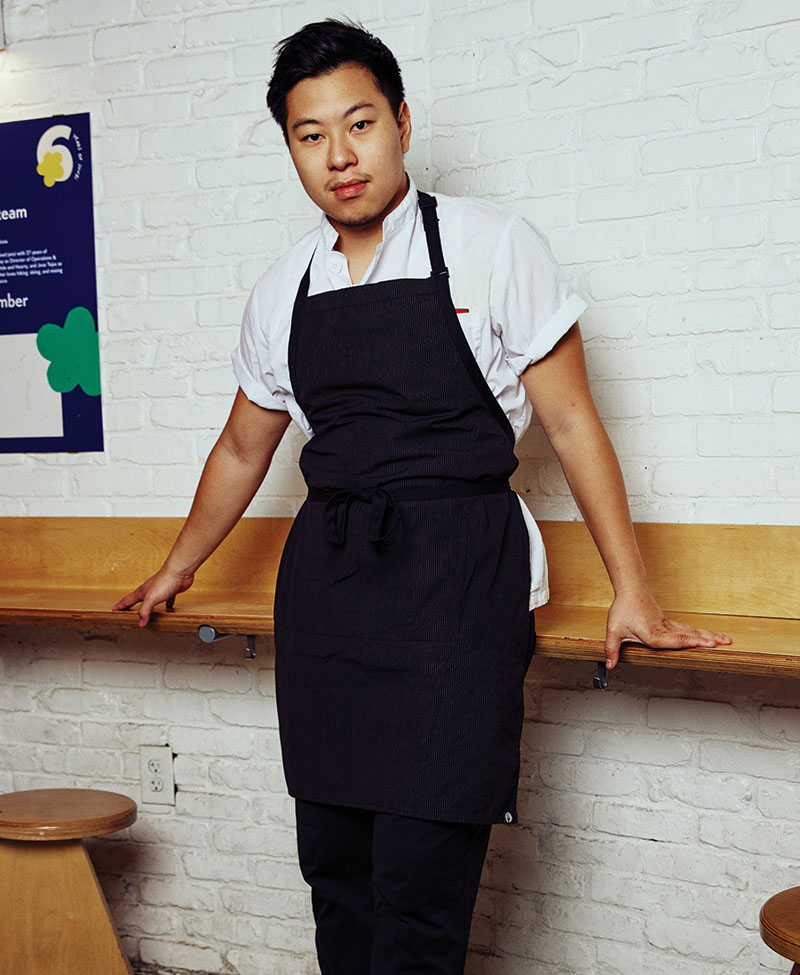 restaurants that brought takeout chop suey and General Tso’s chicken to the masses. He’s helping them streamline menus and update operations, such as by adopting online ordering and delivery as well as implementing POS systems that can offer sales forecasting and diner data.

It’s a career that seemed obvious and circuitous at the same time. The 29-year-old ran a pop-up restaurant in Hong Kong when he was 16 and started another in his dorm at Yale University. He cooked in restaurants in Japan, Hong Kong, Seattle and Manhattan before opening Junzi Kitchen and expanding the fast-casual Chinese-American concept to three other locations between New York City and New Haven, Connecticut. Media called it among the best Chinese food in New York, and Forbes magazine named him a 30 Under 30 to watch in 2020. Then Food & Wine magazine crowned him a best chef last year. 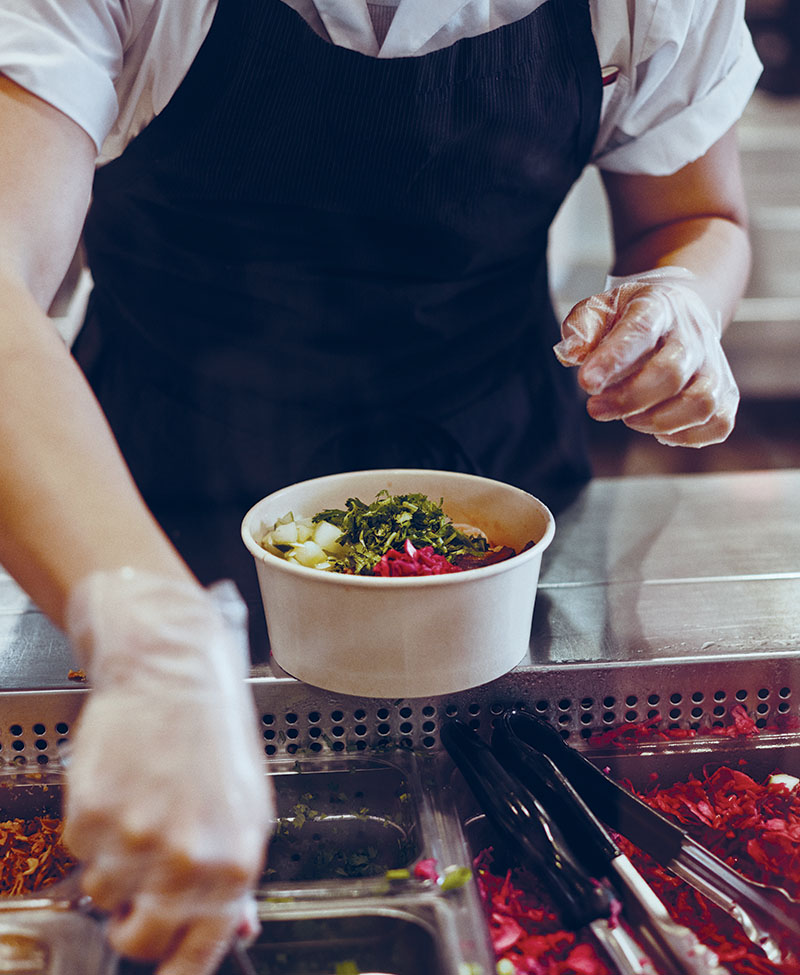 He’s now using his latest concept – a takeout joint called Nice Day – as a model to modernize the thousands of mom-and-pop Chinese-American restaurants across the country, ailing from the backlash of anti-Asian hate and first-generation operators whose kids don’t want to take over the business. But it’s a business model that could apply to any type of restaurant in need of modernizing. Sin’s days are nonstop, but he took some time to share an update.

Q. How is Nice Day doing?

A. We just recently opened our first (client) location in Huntington, New York, working with the former owner, Mr. Zhang, whose son and daughter went to Columbia and NYU (New York University), respectively.

Q. That’s part of your mission, right? Taking over Chinese restaurants that are closing; in this case, because the kids don’t want to work in them.

A. In this case, Mr. Zhang doesn’t want to cook anymore, and he mostly wanted to get the lease off of his hands. On the other hand, there are people we are talking to who do want to keep cooking or they want to change their cuisine; they want to cook food that’s a little, I suppose, more authentic to the type of food they want to make – maybe they’re from Singapore, or are Malaysian or Fujianese (from Southeastern China) and want to cook that way. Each restaurant that we work with is on a case-by-case basis. 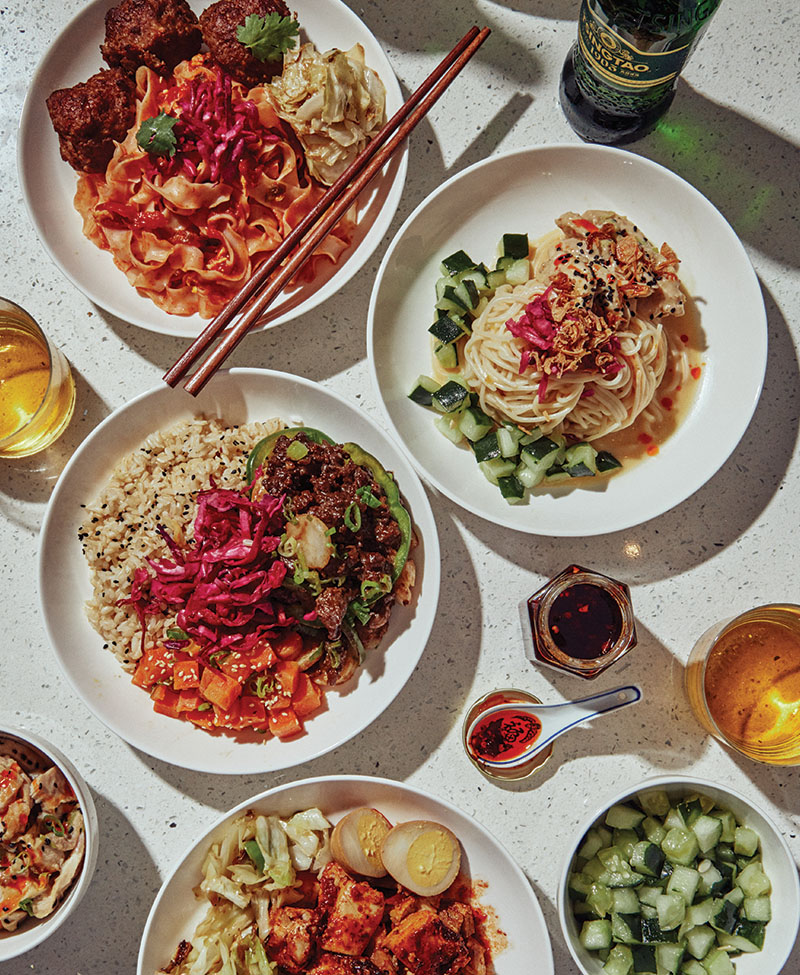 Q. What do you bring to these restaurants that they don’t have already?

A. A lot of them don’t actually have online delivery or takeout. It’s not as easy as one might think to order from a Chinese-American restaurant in the suburbs. Oftentimes, it requires knowing the menu or having the physical menu in front of you, and calling them and hoping that they have enough drivers to bring your food to the right place at the right time. That’s just one of the many things that we hope to bring on board with these restaurants.

Q. How did you get interested in Chinese-American food?

A. I remember vividly having Chinese-American food for the first time. I couldn’t tell the difference between orange chicken and sesame chicken and General Tso’s chicken … but having no idea what I was eating. Of course it was delicious, but it was very different from the type of food that I grew up with. But still recognizably Chinese. When I got around to opening restaurants and cooking in the U.S., I’d tell people I made Chinese food and they said, ‘Oh. You make authentic Chinese food, not Chinese-American food, right?’

And I never thought too much about it until we started thinking about Nice Day. And quickly we came to the realization that, yes, Chinese-American food was authentic. It was just authentic to something a little bit different than what people expect. Now we’re asking ourselves what the role of Chinese food is in America. It’s more than what people think of as bastardized recipes. It really is its own regional cuisine that happens to exist outside the borders of China. 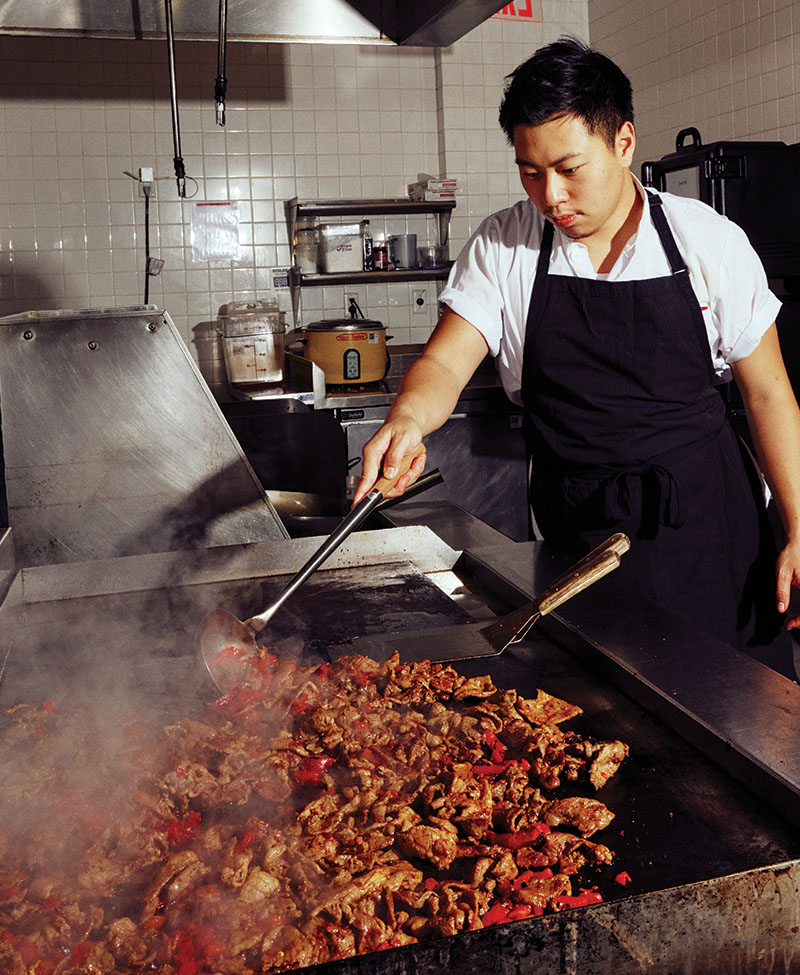 Q. What is your approach to “perfecting” Chinese-American food, like General Tso’s chicken or beef and broccoli?

A. We’re not trying to elevate Chinese-American food. It all comes down to respecting and really honestly understanding the precedent and asking yourself what a dish should look like in the modern day. General Tso’s chicken is an interesting story. We called so many chefs who have been running restaurants for 20, 30, 40 years, asking them about their General Tso’s chicken, and everyone would give me a different answer. So we ended up having to create it just by taste. We bought General Tso’s chicken from at least 20 restaurants near Bleecker (St. in New York). It was a very fun culinary exercise because we built it based on taste instead of off of a template of a recipe. From there, the innovation is really just to make it fit into how restaurants work and how people like to order food and eat today. 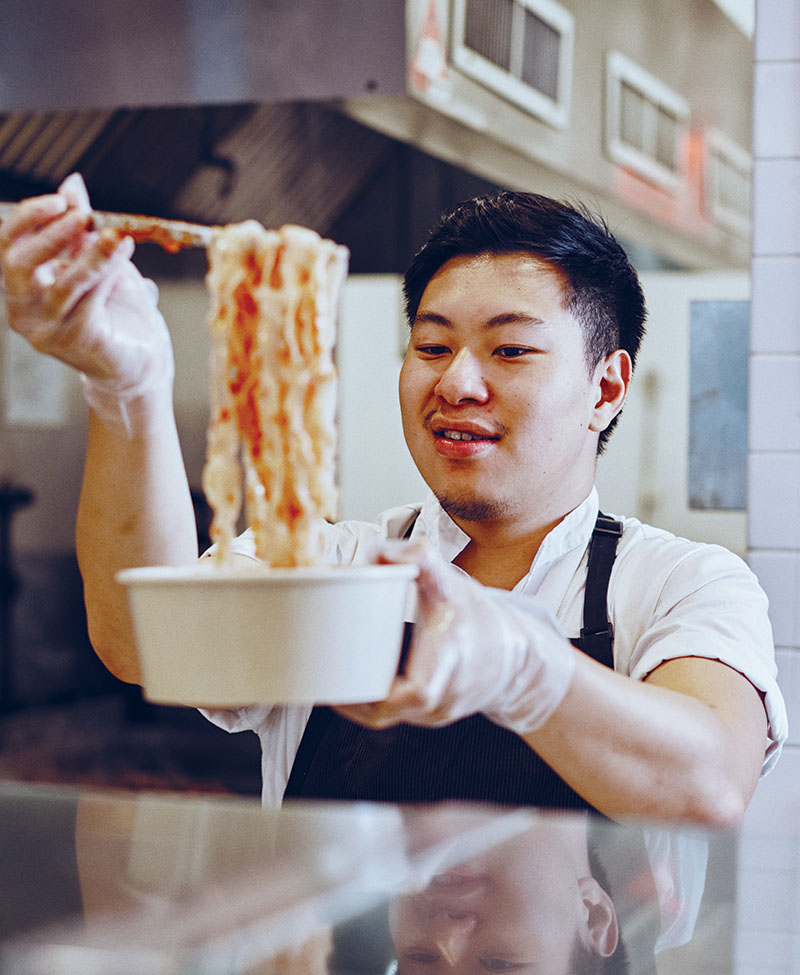 Q. Do cheeseburger egg rolls and mapo mac and cheese – some of your best-known dishes at Junzi Kitchen – now count as Chinese-American food?

A. I’d hardly be the one to say that this is in the canon of Chinese-American food now, but we are a Chinese-American restaurant. We serve it. And half of the idea comes from China, half of it comes from the U.S., so maybe by some definitions, yeah.

Q. What are some traditional Chinese-American dishes that you brought into the modern era at Nice Day?

A. There are some little things. Beef and broccoli is a really wonderful dish, but for modern people, modern Americans’ palates, people don’t often like the beef as soft as they used to. So we reduced the amount of baking soda that we use in our velveting process, for example.

A lot of this just comes from feedback from real customers. A lot of people have shellfish allergies, so we make a vegetarian brown sauce instead of oyster sauce. The biggest change is that most of these American-Chinese restaurants have menus that are like 100, 200 items long, and we really pared it down to like 50 that people really like to order.

Chinese-American food, it’s usually in groups on the floor at home out of the takeout boxes. It’s a popular food and democratic, and I think it’s important to have that be the driving energy.

Thirty seconds on why you should read the five-minute piece on Lucas Sin redefining Chinese-American food: