Crazy hours, no weekends off and no holiday breaks. It’s no wonder people in the biz date their own kind. Restaurant life is tough mentally, physically and emotionally, and all too often, the industry drives and then ruins people’s personal lives. In their own words, four industry vets share their stories about preventing the fallout and achieving work-life balance.

MAKE TIME EVEN IF IT'S NOT ON TIME 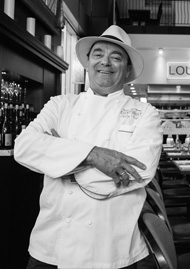 “My wife has always had to remind me to take time. She’s the calm one in the family, and I’m the nonstop one.

“Our first anniversary in Seattle was a week after Rover’s opened. We had to celebrate, but it didn’t happen until 11 that night. I took her to a late-night diner. We had a nice evening, and then I woke up early the next day, shopped at Pike Place Market and got back to the restaurant. Sometimes people get too hung up on the holiday rather than the actual celebration. When most people are having fun, we’re working. My wife and I have never had an actual Valentine’s Day together, and we’ve only spent one New Year’s Eve together. We’ve had many great vacations together but not necessarily over the summer or around Christmas.

“To make a relationship work, you have to know that it’s a lifetime commitment. Just like running a restaurant, marriage is work. To get, you have to give. If your wife says, ‘We need to spend more time together,’ you obviously need to work on it. And you both have to be reasonable. You can’t expect a chef who’s working 13 or 14 hours a day to be home every night at 5.”

Backstory: The French-born chef earned global acclaim for his award-winning Seattle restaurant Rover’s (1987 to 2013) and also won a 1998 James Beard Award for Best Chef in the Pacific Northwest. Rautureau and his wife of 30 years raised two children, now in their early 20s.

CHANNEL YOUR DRIVE—AND DITCH YOUR PHONE 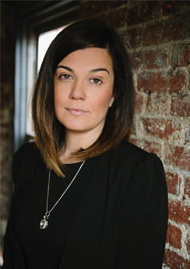 “I developed an unhealthy obsession with my work and the culture of my business. I felt guilty if I didn’t work the floor a couple hours every day. My obsession led to anxiety; any time I separated myself from the business, I was anxious and distracted.

“A couple years ago, I blew out my knee. I remember my staff surrounding me, trying to help, and my executive chef telling me what had happened and getting me ice.

“After getting medical care, I returned to work the next day on crutches and was told by everyone to go home. I joined a fitness studio with a competitive spirit. Every class felt challenging, even defeating, because of its intensity,
but it strengthened my body and my mind. I started to realize I could do anything I put my mind to. I cold turkey ran my first 5K with one of my managers. Then I started to enjoy the run. I needed the escape. I couldn’t connect to my work world on my smartphone when I was running. As I ran more, I became healthier about my work-life balance.

“Being the best at something is addictive and obsessive, and it can be unhealthy. Finding a balance may result in possibly failing at something along the way. It’s OK to fail—just fail fast and move on.”

“The first 15 years of my and my wife’s relationship, I almost never took a weekend off. I missed weddings, family functions and parties. The joke among my wife’s friends was I was a ghost. As time went on, my schedule just wasn’t fair to my family. I wanted to be very present with my wife and my kids.

“The best thing that ever happened to my business partner, Kevin Boehm, and I was realizing the importance of delegating to find time for our families. Between 2010 and 2012, we opened seven concepts. Back then, he and I were just ma and pa. We were control freaks. We were young, and we were trying everything in our power to succeed. We had very little infrastructure, and we were losing our minds, breaking down physically, emotionally. There was one moment when I grabbed Kevin by his shoulders and said, ‘What the hell are we doing to ourselves?’ It was just too much. No amount of anything is worth that kind of stress. We immediately agreed we’d stop expansion until we had the proper infrastructure. It was this aha! moment—we needed a director of operations in each restaurant, an executive director, a vice president and assistants.

“Even if you don’t have the luxury of that kind of infrastructure, you have to learn to delegate. Whatever you can afford, bring people in so you can have a life outside of the restaurant. If you’re training people the correct way, you’ll have faith in their abilities. You have to work hard, but you have to find balance, and you need an outlet. It’s made us better leaders—more productive and more patient.”

Backstory: Katz has opened more than 20 restaurants, including Stephanie Izard’s Girl & the Goat, Little Goat Diner and Duck Duck Goat, as well as recently opened steak restaurant GT Prime, led by Giuseppe Tentori. Katz has been married for 18 years and has two kids, ages 12 and 14.

CARVE YOUR OWN PATH 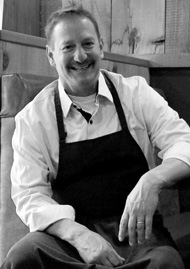 “It’s a very obsessive business. The best way to have it not screw up your personal relationships is to find a partner who’s understanding. There are many things I can’t go to or be a part of because they happen at night or on the weekends. My family accepts it.

“Before I left my job in San Francisco, I’d been in the city as a chef for 18 years, and I didn’t want to work for anyone else
anymore. I wanted some type of ownership in the business. Also, I didn’t want to be at a business that was always extremely busy and relied on a staff of 80 or 90 people. Rancho Nicasio has a more casual atmosphere; my kids can work here, and it hopefully teaches them something. Being a small restaurant doesn’t necessarily make it easier—if I want to plan a vacation with my kids this year, we’ll likely have to close.

“Everyone takes a different path. Some paths require less and give you more freedom. Catering is one for sure, as is the private chef business. Working in a hotel can give you a lot more freedom, too. It depends what you want to get out of this business and what drives you.”

Backstory: Siegel’s led some of the country’s most notable kitchens, including Michael Mina, and the now-closed Charles Nob Hill and Masa’s. After working in San Francisco for nearly two decades, he recently left the city for a shorter commute and a smaller restaurant, taking over the Western Room at Rancho Nicasio. He and his wife have four kids between the ages of 15 and 25.