For five years, Bill Addison traveled from one end of the country to the other covering restaurants for Eater, first as the national editor and then as its critic.

In 2017, his last year at the online dining platform, Addison spent so much time on the road that he gave up his residence in Atlanta, staying with friends or at hotels while on assignment.

When he started his new gig at the Los Angeles Times earlier this year, it was a watershed moment.

While most print publications had taken machetes to the staff, the Times expanded its food coverage and returned the department to a standalone section.

California, specifically Los Angeles, had reached critical mass, turning out the most exciting and diverse food in the U.S. Like a flashback to the 90s, when Alice Waters flipped the switch to cooking seasonally, a new generation of chefs in other parts of the country had begun emulating and putting their own spin on California cuisine.

It’s not lost on Addison that he has a dream job. He is cognizant of the weight of his words, which can mean the difference between a trickle and a flood of diners after a review. Here, he shares insights from his 20-plus years of covering the foodservice industry – and what can lead to a killer review. 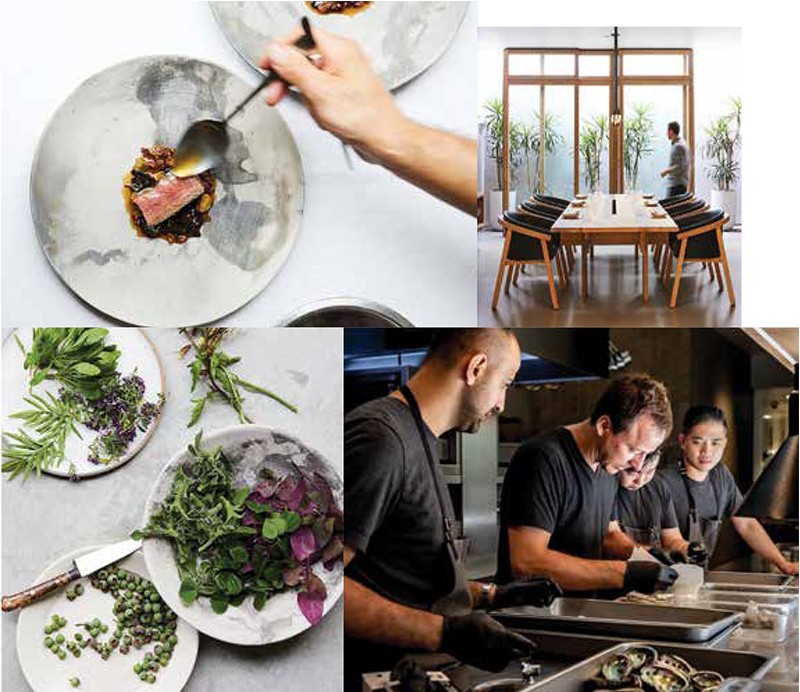 Auburn chef Eric Bost, center, captures a sense of place on the plate.

Q. Why so much love for Los Angeles?

A. America’s taste in food and curiosity about different cuisines evolved and matched what was always there in Los Angeles. (Critic) Jonathan Gold was the great gift of food writing in America, because he held up the multi-cuisine culture of Los Angeles as a complete right – and egalitarian in its existence.

Q. You’ve seen restaurants shutter as fast as they open, and you’ve seen them take off. What are the common denominators?

A. A receptive audience and communities that give chefs the permission to do what they do. The chef is not stuck in the notion of authenticity-only. (The food) is executed well; it’s understandable. I honestly think it’s that simple. A beautiful atmosphere can carry you into a certain genre, like Auburn (in Los Angeles), which is so incredibly beautiful and feels like an occasion to be in that space. (Eric) Bost is an example of a chef who incorporates French with a sense of place. What surrounds duck or steak feels of the moment, but doesn’t go to one cuisine or background. There’s personal value on the plate. But a chef can also start in very humble circumstances, and if the food is on point and the staff is friendly and the service is good, you have a good chance of making it.

Q. What about closings?

A. Dynamic Dish (in Atlanta) Chef David Sweeney made impeccable straight-from-the-farmers-market food and was such a precise cook. The food wasn’t cheap, but it was in a gentrifying (part) of town, and that brings with it complications. The restaurant didn’t find its audience. But sometimes for whatever reasons – the location, the philosophy, the cost because they want to use quality ingredients –  it fails. There are often factors unseen to the dining public that have nothing to do with the talent, or the chef, or the creativity of the menu. I honestly think the chef was ahead of his time – you can have super simple food cooked impeccably and still not make it.

A. In a city like Los Angeles, most of the time, if you’re not charging exorbitant prices and you’re doing food that’s consistent and has a through-line, it doesn’t oversell; it’s not all over the place.

(But) then there’s Here’s Looking at You. That food is complicated. (Chef Jonathan Whitener brings together his Mexican background with Asian and local ingredients in a new American concept.) But because he has skill and a clear mind and is consistent in his inconsistency, the restaurant really works. It’s brilliant.

Q. Most regular diners have pet peeves. What’s yours?

A. My biggest pet peeve in dining is a server who asks if I know how the menu works. I don’t understand that at all. I understand that I have a skewed perception, but I feel that people are informed enough that they can figure out if a restaurant specializes in small plates or a more traditional format. We don’t need a five-minute explanation. 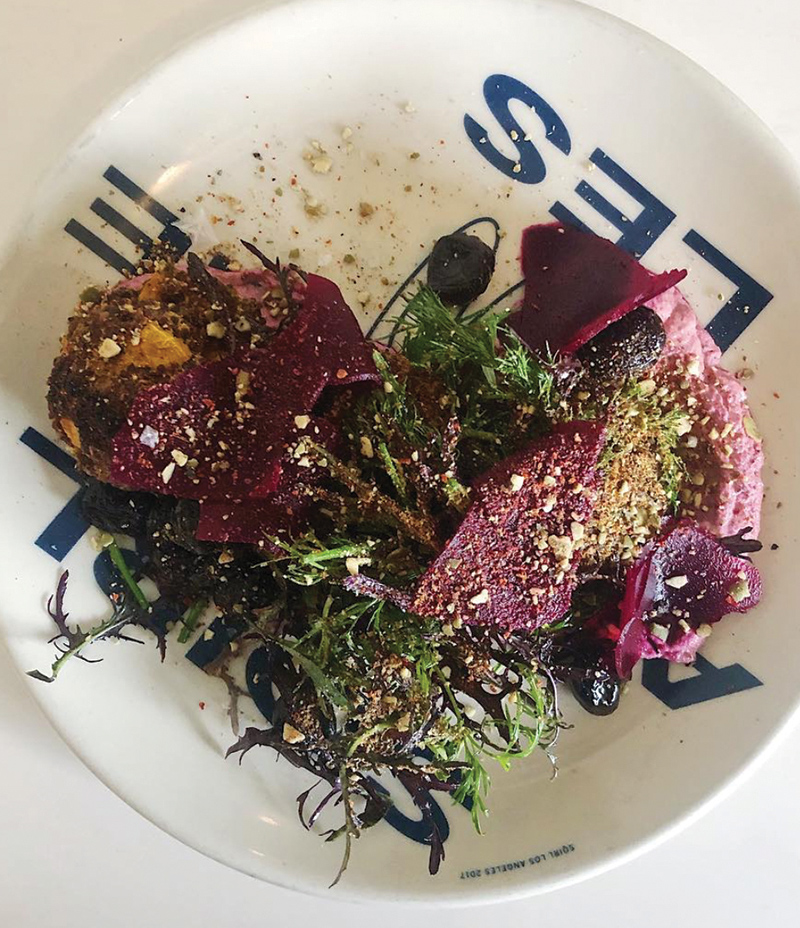 Q. Do you think bloggers and other untrained food critics help diners or hurt the process?

A. Restaurant critics are an endangered species. The business of journalism and the professionalism of covering restaurants has shifted against restaurant criticism, because the tenet of restaurant critic is the publication you write for pays for your meal, so it’s as ethically upstanding as possible. I don’t want freebies. When I’m recognized despite my best attempt, I get angry when they send food. It’s a business for me, and a business for you, so let’s keep the lines clean.

A. Comfort food in all the numerous ways it can be expressed still sells in America, even in Los Angeles. A place like Sqirl and Jessica Koslow reinvigorated chefs taking breakfast seriously, with riffs on rice porridges and grain bowls, ricotta and jam, but because she was able to execute impeccably, there are lines out the door – and restaurants emulating her say it all.

Q. What about further down the line?

A. The trend in the future will be no trend. I say that with a hint of cynicism. As long as media exists, there will be trends. We're in a time where any kind of cuisine and any kind of iteration that is done well can thrive. There will also be mixing and matching for modern fusion, and traditionalists expressing a cuisine as true as they can present. We need both of them.

A. That those of us who make food for diners and those who write about it will get to a place where it isn’t unusual or special to have food that comes from the community where it’s served.

Why you should listen to this restaurant critic

› When the beloved Pulitzer Prize- winning food critic Jonathan Gold died in 2018, the Los Angeles Times cast a country-wide net to fill the spot and hired Bill Addison. He had worked in the restaurant business – a plus – but he had experience no one could rival: a national perspective

› In addition to his post as the national editor and then restaurant critic for Eater, Addison’s credentials include stints at the Dallas Morning News, the San Francisco Chronicle and Creative Loafing, the alternative weekly in Atlanta

› Addison also has been nominated for many James Beard Awards, winning in 2017 for dining and travel writing