▼
After suffering an unprecedented economic fallout from the pandemic, the restaurant industry is facing a problem that a patch can no longer fix: a severe labor shortage.

To be clear, it’s not so much a labor pinch but a wage shortage, according to advocacy group One Fair Wage, which sites a recent study conducted by the University of California at Berkeley Food Labor Research Center. It says 78% of foodservice workers would stay in the business if it offered a livable wage, while 39% worry about harassment or verbal abuse from customers, and 26% feared hostility or harassment from co-workers. In other words, many of the frustrations that have led to restaurant workers leaving predate the pandemic by decades.

“It was a shaken bottle waiting to burst. This was going to happen sooner or later,” says Emmeline Zhao, managing partner and sommelier at Silver Apricot, a fine dining Chinese restaurant that opened in New York City in July 2020. “There needs to be a sea change in this industry, which would require a serious introspective look in terms of workplace culture and overall support.” 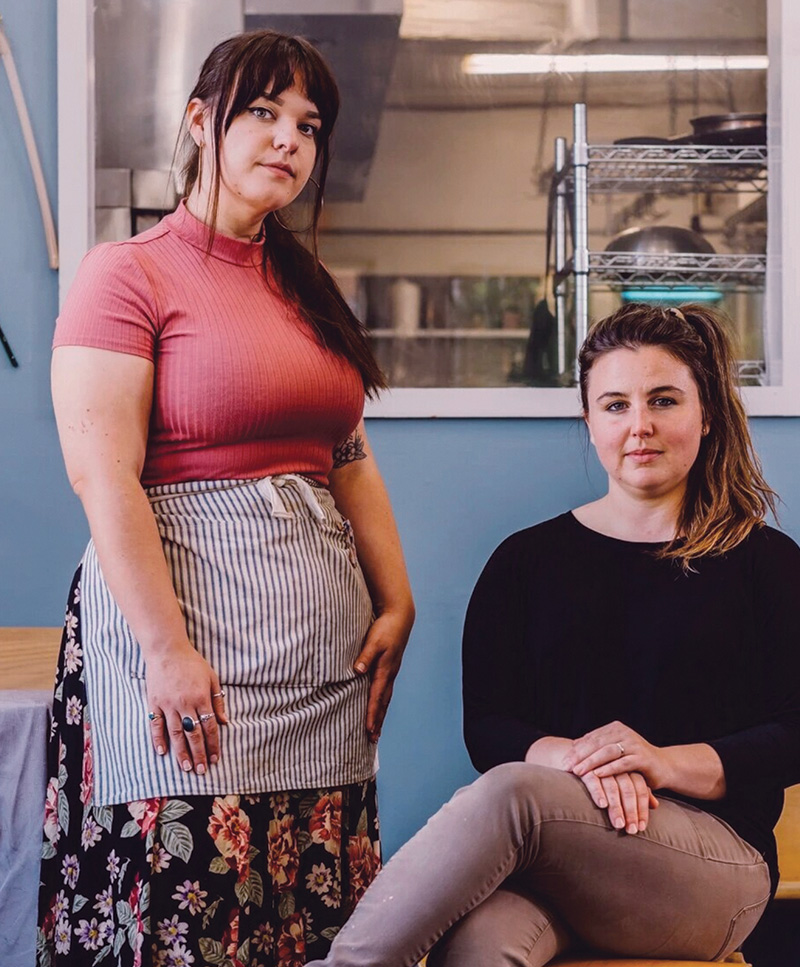 Increase Pay, But How?

Offering higher compensation is the first step to attracting and keeping restaurant workers in this competitive market. A separate study by One Fair Wage found that within a two-week period, 1,600 restaurants across 41 states have raised wages to at least the full minimum wage in addition to tips. Chain restaurants, including McDonald’s, Olive Garden, TGI Fridays and Chipotle have all increased wages to attract workers. Other restaurants, including Papa John’s and Portillo’s Hot Dogs LLC, an Illinois-based chain, are betting that hiring bonuses will entice prospective employees. At Starr Restaurants, which operates the majority of its restaurants in Philadelphia and New York, the signing bonuses go up to $300. But in many cases, the bonuses are one-time payments, while the wages and payments don’t apply to franchises. 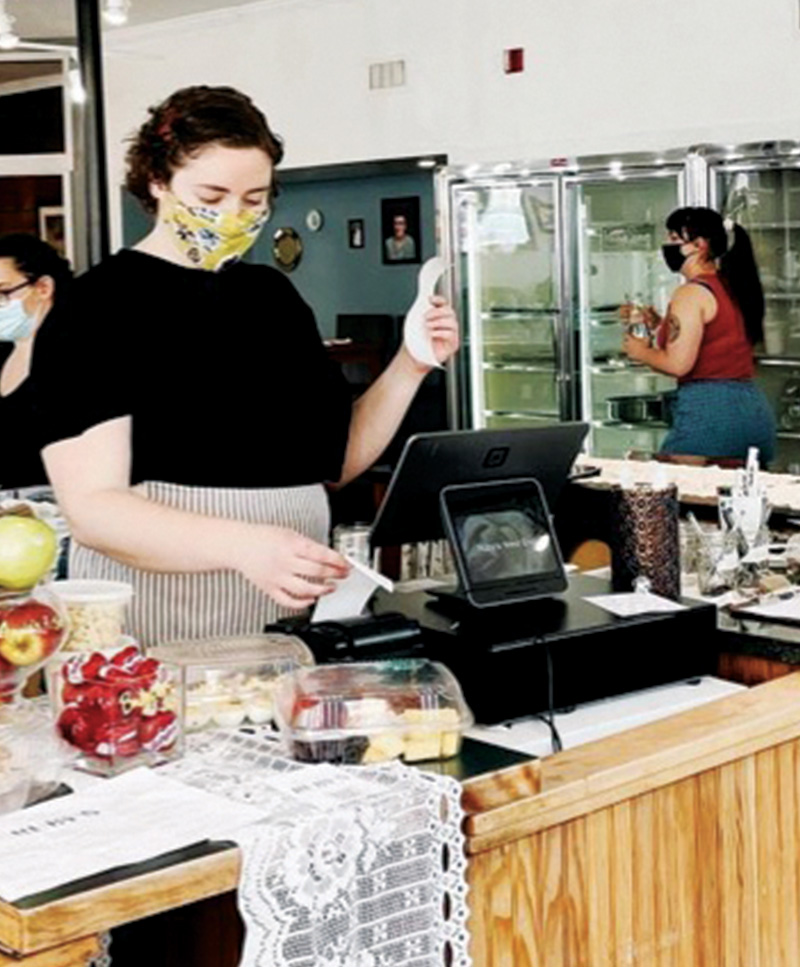 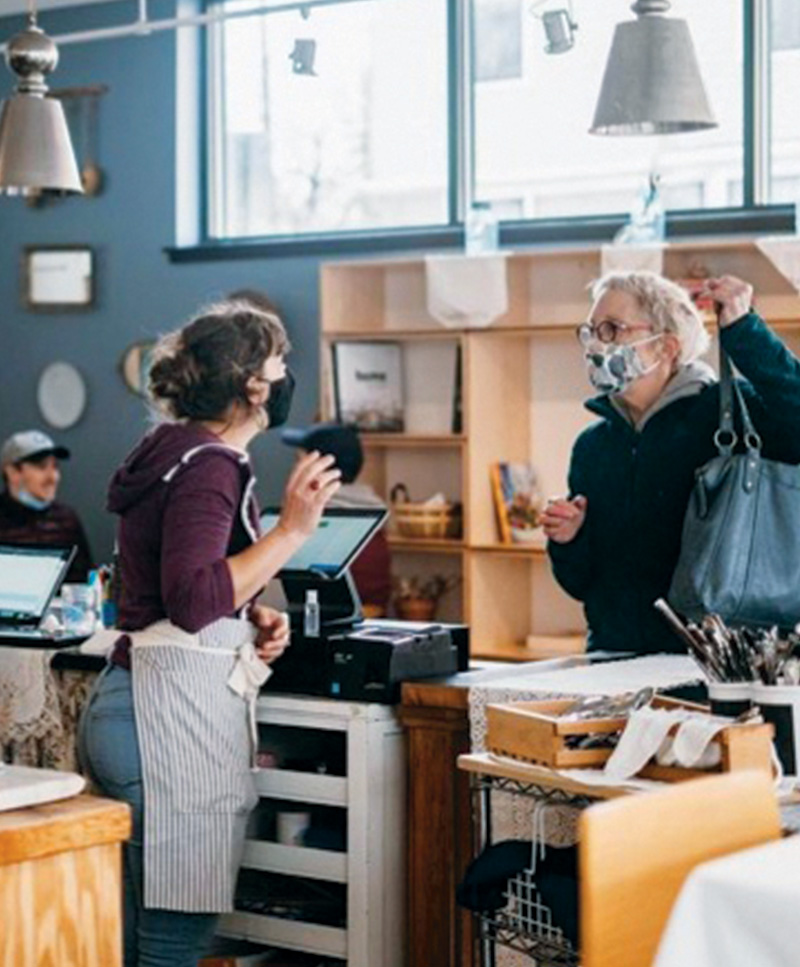 When Claire Sprouse reopened her restaurant, Hunky Dory, in Brooklyn during the pandemic, she raised prices across her menu 20 to 25% to pay all of her staff a living wage. Corrinna Stum, who opened Ruby’s West End in Portland, Maine, last year, pays every member of her team the state’s minimum wage of $12.15, then adds a mandatory 20% tip to each check, which is shared evenly among all staff.

Better financial incentives, more equitable pay structures, and improved benefits all go a long way but still are not enough to address all of the underlying issues. “There are tons of restaurants that are offering signing bonuses and higher wages, but they’re still struggling to hire,” Zhao says. “That’s because these workers aren’t just in it for the money. They want to be in places that understand their need for mental and physical well-being.”

Part of the reason that Zhao and her business partner, chef Simone Tong, have had greater success in retaining and hiring staff through the labor shortage is that they have consistently done just that. Years of enforcing a more compassionate workplace culture, listening to the needs of their staff and providing opportunities for long-term growth within the restaurant have led to a loyal team. Five of their current staff members followed them from Little Tong, a critically acclaimed Yunnanese noodle shop in the East Village that shuttered during COVID.

“We’re still short a couple of people, but we benefit from the fact that our DNA is rooted in long-term investment in our people,” Zhao says. “We are fortunate in that we really spent a lot of our previous time fostering and nurturing this community. Our starting wages here are well above the state mandated minimum. We provide paid time off and fully subsidized healthcare and transportation compensation.” 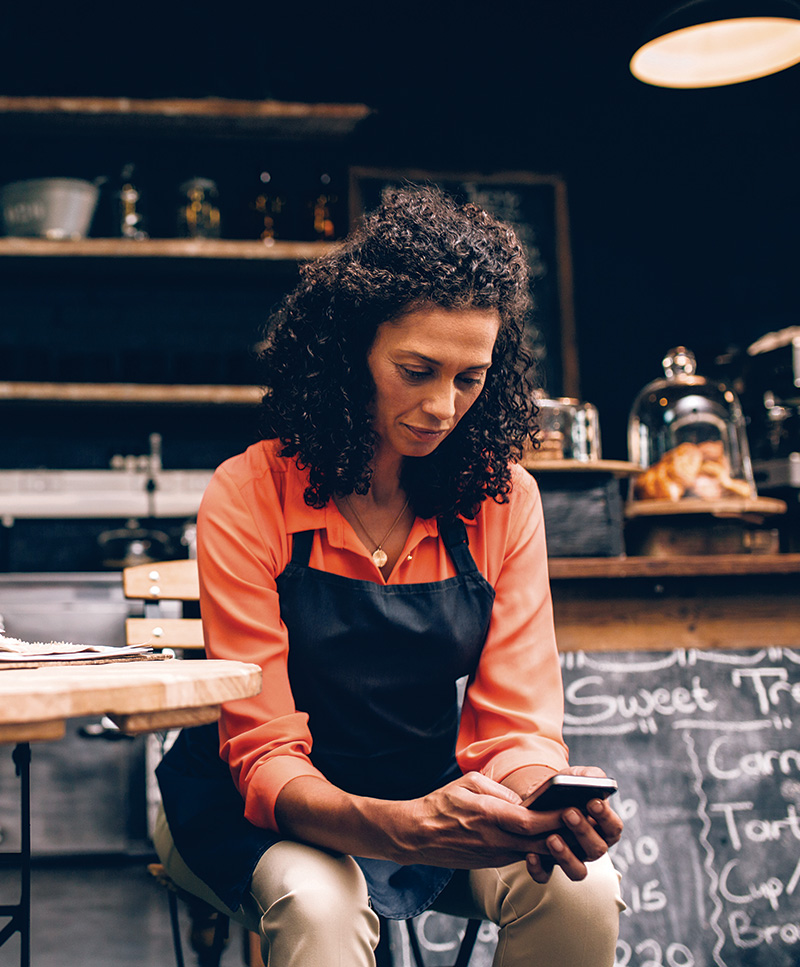 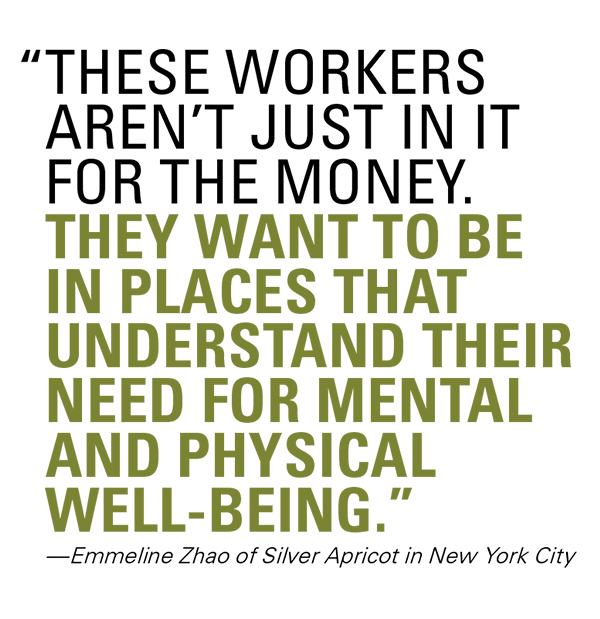 Paid time off and healthcare, particularly maternity care, go a long way toward making workers feel valued. One Fair Wage found that mothers disproportionately lost tip-based income during the pandemic and that many were leaving the industry to seek more stable employment elsewhere. Amanda Cohen of Dirty Candy in New York also has made a point of offering better benefits, which leads to greater employee retention.

“There needs to be a massive overall shift in terms of how we value hospitality workers,” Zhao says.

“For the longest time, they have been considered service workers, but the connotation that comes with that doesn’t mean that we don’t see the benefits that one sees in corporate America. Healthcare, time off, and child care are not seen as expectations, but does that mean (hospitality workers) don’t deserve those things?”

Ultimately, Zhao says that the onus to implement substantive structural changes cannot rest on individual restaurants. Without industry-wide reforms, restaurants offering more equitable pay and increased benefits will continue to lose customers due to their higher price points. Policy changes at the federal level are necessary to make restaurants more sustainable. In the meantime, restaurant owners will need to take the initiative to prove that their businesses offer generous pay and benefits, as well as positive work environments that care about their employees and provide opportunities for career growth. These decisions may cost more in the short run, but as Zhao has found, they pay off.

We don’t claim to have the magic bullet on the labor shortage, but we know that to succeed at recruitment you have to be thinking about retention. Here are ideas and our approach (for the eight restaurants under Cornerstone Restaurants, which include Bill Kim’s Urban Belly and Michael Jordan restaurants):

1. Use all job posting sites. Ours include Indeed, Craigslist and Snagajob.

2. Check all applicant channels several times a day. The response time is no longer days or hours but minutes. Text the candidates. Gen Z and the younger millennials rarely use email.

4. “Recruit” in every conversation. Does your neighbor have kids coming home for breaks and need work? What about newly retired people who want to get out of the house?

5. Offer internships. Can you help college students earn credits or help recent graduates with job experience and a wage, while they look for work in their field? For example, if they want to get into marketing, include some of those duties in addition to other areas where you need help.

6. Provide incentives. Offer signing bonuses or referral bonuses to existing employees. Investigate what’s been done. Some companies have become especially creative with these.

7. Evaluate your current rates of pay and employee benefits. Are you competitive with your market (your competition is no longer only hospitality)? Do you have unique benefits that may attract employees?

8. Be flexible with hours and days. Can parents or guardians start later to get kids off to school, or start earlier and leave earlier to pick up kids or get to a night class? Can your business hours be flexible, such as closing earlier, opening later, closing a day of the week that is historically not busy to accommodate workers?

9. Evaluate the needs of your staff and what’s important to them. As a restaurant, you can partner with other businesses through trade to offer workers discounts and benefits.

10. Check your culture. Is your operation a place that people want to come to? Workers have a lot of choices these days.