A time comes in almost every chef’s life when thoughts turn to getting out of the kitchen.

It creeps in after working yet another 16-hour shift without a day off in nearly a month. Or, after missing out on more holidays and other significant events than you care to count.

If becoming a consultant sounds like a pretty sweet gig, ask yourself if you’re ready to give up a steady paycheck or inherit someone else’s headaches. Suddenly, your swollen feet don’t feel so bad.

Convinced you can handle the heat of someone else’s kitchen? Three busy consulting chefs explain how they became successful and why (or why not) you should consider doing the same.

When did you become a consulting chef?

I started working as a consultant at an early age, in 1989. But I had worked in the industry already for 10 years.

What motivated you to get out of the kitchen?

I missed the creative part [that involved] full concept development. So
I worked on food menus, drink menu, interiors, graphics and service style. I didn’t start just by doing culinary.

Do you recommend going out on your own or becoming part of a consulting group?

Be aware of the pros and cons. Some people go out on their own and then say, “Holy crap! I have to write proposals and chase money.” They have no office support. It becomes overwhelming. There’s a lot that goes into getting work.

How did you determine how much to charge clients?

I would charge a daily rate and also try to get a retainer—maybe on a per month basis. I actually had a lot of people sign me up on retainer. This helps spread cost out. 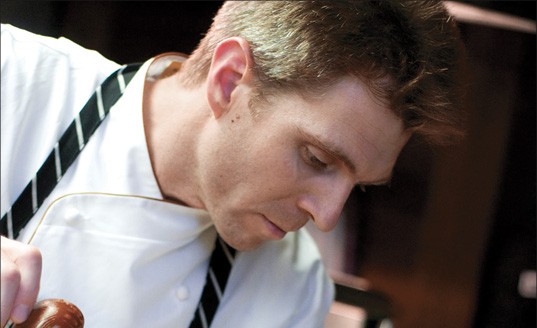 Work your way up in restaurant companies that own restaurants and consult for other properties. We have people here now who want to become consultants, and they are doing that by being managers in our restaurants.

How do you know when a chef is ready to be a consultant?

It’s the cook who is pushing himself the hardest to do more and taking on the duties of the guy next to him.

How much does teaching play a role in this kind of work?

That’s an enormous part of what I do. It’s a bigger part of my job than I ever thought it would be. You have to have patience and be able to coach the people around you.

Do you recommend going out on your ownor becoming part of a consulting group, like you did?

With a group, you have a team of people sharing ideas. Because you are all saying the same thing to clients, your point gets across faster. You also tend to monitor yourself a little more, thinking about what another team member might say.

How much money can chef-consultants earn as part of a group?

Anywhere from $65,000 to hundreds of thousands. 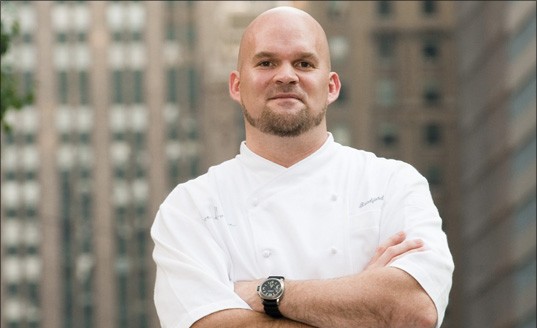 Who should become a consulting chef?

Young chefs shouldn’t have any intention of doing this because I don’t think it’s something you can do until you have spent many years in the industry and experienced failure on some level.

You can bring the chef part, but you also need a big-picture understanding of guest counts, table turns, reservations set-up and the service station’s impact on the kitchen. Most importantly, you have to manage and assess personalities immediately, and then mange them through the process.

How do you see your role as a consultant today?

I consider myself an entrepreneur, a consultant, a chef—all of these things. I asked myself: How can I build a business and find success outside of the kitchen?

What are the hot cuisines to have expertise in?

The most important thing is having a strong base of classic cuisines and food safety, and building on that. Some young chefs do stages at cutting-edge restaurants but then don’t know how to properly make an onion soup or cook an egg. That said, I see chefs today exploring where they come from and taking their classic training and applying it to foods that represent their roots.

Which headaches come with being consulting chef?

Finding new accounts and writing proposals. That’s the hardest part of what I do. Hiring a full-time person in the office who could take client calls is the next step for me. I’m still not there.

David Farkas has been writing about the restaurant industry for more than 20 years. And he still loves to go out and eat.