Not too far in the distant past, diners could guess their local establishments’ hours of operation without asking. The smart places also offered that ever-reliable cash cow, Sunday brunch. Today, some operators are chucking the old rules onto the trash heap of restaurant history, alongside wine coolers and fusion cooking. Either way: How do you decide when to open and close? Often the answer lies in asking yourself the following six questions.

Can You Keep Your Kitchen Cranking All Day Long?
The more you can fill in the natural gaps between breakfast, lunch and dinner with creative food offerings the better. Instead of closing between traditional meal times, restaurants like neighborhood bistro Michael’s Genuine Food & Drink in Miami serve snacks such as deviled eggs and chicken liver crostini between 3 and 5:30 p.m. Monday through Saturday. It’s a smart move considering that more than half of Americans feel snacking is essential to get through the day, according to foodservice research firm Datassential.

Chicago’s Mexican-themed Quiote changes its focus every few hours: At 11 a.m., it’s a cafe with coffee and pastries along with a rotating lunch menu of tacos, tortas and salads. By 5 p.m., it shifts into an ambitious, authentic Oaxacan-style restaurant and opens its basement mezcal bar, which stays open until 2 a.m. during the week.

“We want to take advantage of the space as much as possible,” says Chef-partner Dan Salls. “We’re young guys trying to work hard and have an outlet for all of our crazy ideas. But it takes a huge staff and a lot of patience to keep this thing going all the time. It is basically nonstop.”

How Much Do You Need to Squeeze From Your Bottom Line to Turn a Profit?
In an era where reducing food waste can help small individual operators stay above water, Quiote cross-utilizes ingredients for its lunch and dinner menus.

“It definitely helps lunch out a lot to make really high-quality items with dinner ingredients,” says Salls. “We are able to bring in farm-raised proteins to use on our tacos and tortas at lunch that would typically garner a much higher price point at dinner.”

At the other end of the spectrum, deep pocketed hotel restaurants with higher check averages often find it advantageous to avoid repetition in favor of multiple orders coming in throughout the day.

Jeffrey Tascarella, managing partner at the NoMad Hotel in New York City, sees his hotel’s 24-hour room service, early breakfast hours, and the availability of food and drink in the “off-periods” between major services as a means of giving his customers what they want, when they want it.

“It’s not a decision to ‘squeeze more out of the bottom line,’” Tascarella says. “It’s not worrying about costs, (which is how) we can provide the best experience for our guests.”

Does Lunch Always Make Sense?
The short answer? Not always. Gary Wollerman, a partner of the New Orleans based seafood restaurant GW Fins, says his previous experience as the COO of the chain concept Ruth’s Chris Steak Housetaught him that many fine dining restaurants are better off focusing exclusively on dinner.

After Wollerman and Chef-partner Tenney Flynn looked at the wear and tear of being open for lunch and dinner, including their struggles finding quality servers willing to wait tables with lower check averages during the day, GW Fins opted to skip lunch. The move worked to their advantage, as Wollerman says the restaurant draws enough daily customers at dinner to turn a reasonable profit. 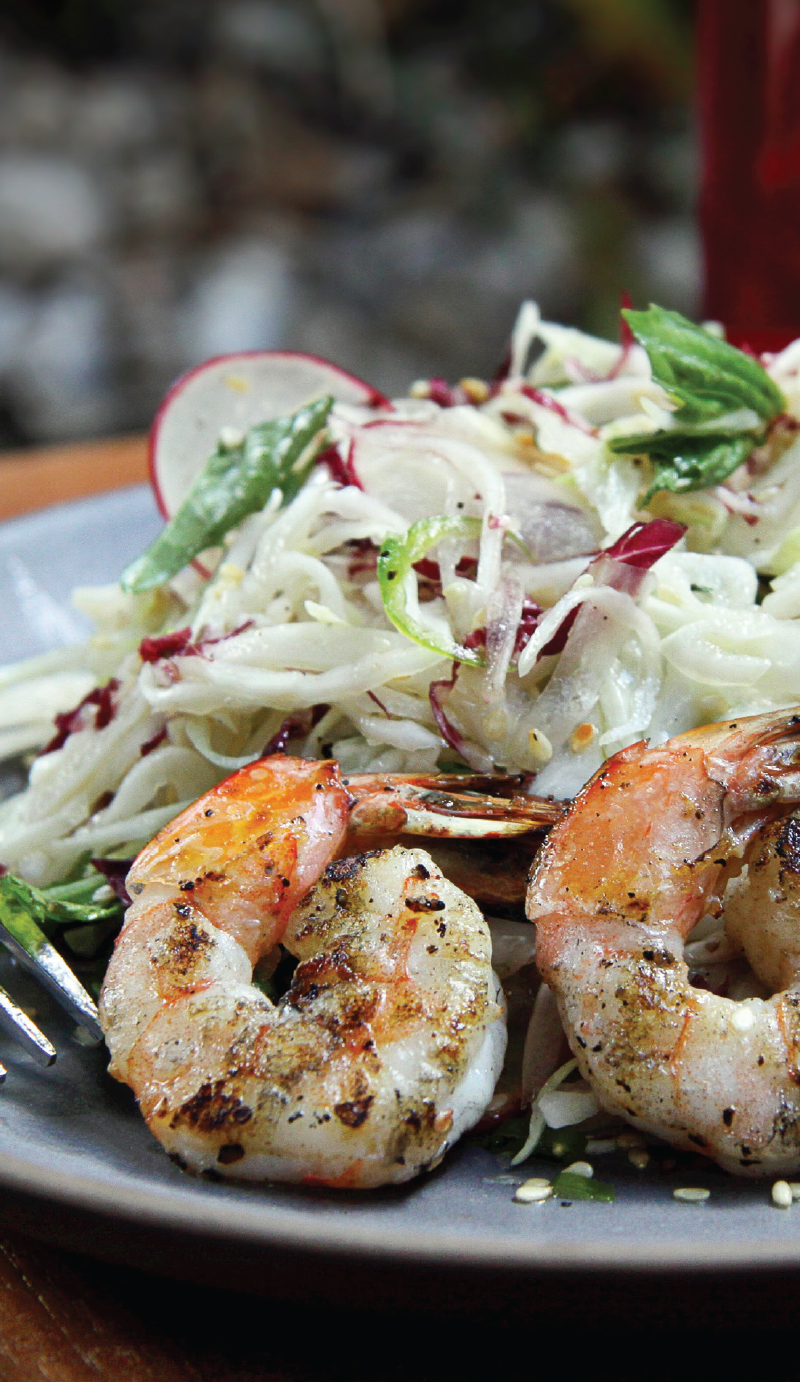 Does Your Menu Change During the Day?
Michael Symon, who owns more than 15 restaurants across the country in venues as diverse as airports, casinos and hotels, decides each eatery’s hours on a case-bycase basis. Mabel’s BBQ, his barbecue joint in downtown Cleveland, stays open from 11:30 a.m. through dinner for a  simple reason: The menu never changes. However, the same approach didn’t work at Lola, Symon’s ambitious American bistro located only two doors down from Mabel’s.

“When we did lunch and dinner at Lola, we closed in between because the menus were totally different and we had to rest the line between services,” he says. Eventually, Lola stopped serving lunch. Meanwhile, his Bar Symonlocations, situated in Pittsburgh International Airport and Dulles International Airport in Washington, D.C., open at 5 and 6 a.m. respectively, as their breakfast menus have become a morning staple for some frequent flyers.

When Do Your Guests Come Out to Eat?
For Linger, a farm-to-table restaurant in Denver, it was a no-brainer to take advantage of its hip Lower Highland neighborhood’s foot traffic by offering lunch every day except Monday and staying open later than many of its neighbors.

“We were very contextual as to where we were when we opened,” says Chef-owner Justin Cucci. “We wanted to be accessible to Denver’s needs, but also try to be open later than the norm to see if we could connect with diners outside of the ‘safe zone.’”

Short Stack Eatery, a breakfast-only restaurant in downtown Madison, Wisconsin, has highly customized hours. The goal is to maximize traffic from college students, families and government workers. Owners Sinéad McHugh and Alex Lindenmeyer serve breakfast until 3 p.m. on Wednesdays and midnight on Thursdays and Fridays; then they keep Short Stack open from 6 a.m. on Saturdays through the next 39 hours until 9 p.m. on Sundays. The choice location—close to the University of Wisconsin and the state capitol—often means a line stretching down the street for many of those hours.

Would a Day Off Help Your Overall Business Run More Smoothly?
Justin Cucci says that Linger needs at least one lunch off a week to “recharge its batteries.” Short Stack Eatery, after its marathon weekend hours, closes on Monday and Tuesday to “get off their feet and do paperwork.” And Quiote closes for meetings and maintenance on Tuesday, rather than the more typical Sunday or Monday.

“We did it so our industry friends can make it out on those days.” says Salls. “It is important to us to be as accessible as possible.”

Longtime journalist Jeff Ruby is a freelance food and travel writer and the chief dining critic for Chicago magazine.