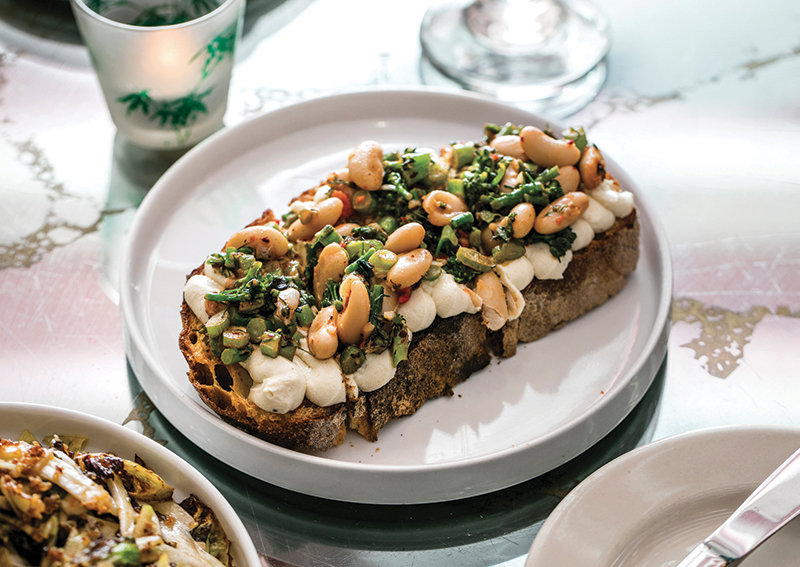 Restaurants branding themselves as plant-based, vegetable-forward or animal-free is a sign of the times, but it’s also a seismic shift in hospitality: a response to the increased demand for ecologically sound, moral options with straight-from-the-ground food.

Ravi DeRossi, the founder of New York City’s Overthrow Hospitality, could be seen as the poster child for championing sustainability as a self-proclaimed “mission-driven vegan restaurant group.” Overthrow is responsible for a host of vegan spots across Manhattan, with concepts spanning style and global cuisines, from cocktail bars to beer joints. Yet, all the restaurants stick to a plant-based philosophy. His cat, Simon, who was diagnosed eight years ago with a terminal illness, was the impetus. 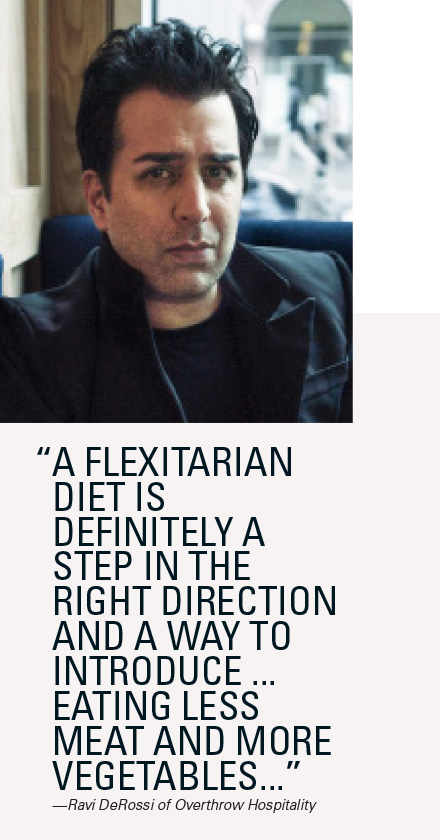 He transitioned the company to be fully vegan and has since noticed an uptick in customers, crediting plant-based options for the increase. “Eat. Drink. Start A Revolution” is Overthrow’s tagline.

“It has been proven that meat agriculture is one of the leading causes of methane, and in turn climate change ...The simplest and easiest way for any individual to contribute to bettering the health of the planet is to stop eating meat,” DeRossi says.

According to the United Nation’s Food and Agricultural Organization, meat and dairy production accounts for 7.1 gigatons of greenhouse gases annually, 14.5% of all human-made emissions. As climate change awareness has increased, so has the number of individuals cutting back on animal consumption.

Earlier this year, Daniel Humm of acclaimed 11 Madison Park in New York City removed all meat and seafood from the menu. Saying it was an environmental statement, Michelin-starred chef Dominique Crenn announced in the fall of 2019 that all of her San Francisco restaurants would be meat-free. During the pandemic, Crenn, who says she is not a vegetarian, opened Vitabowl, a vegan to-go concept in Los Angeles.

For Joe Frillman, chef/owner of Daisies in Chicago, tackling climate change is about balancing business sense with his approach to cooking and personal views.
“We do use animal proteins in the restaurant, but more as a garnish or accompanying flavor to let the produce and plant-based options be elevated by the use of animal fats or dairy,” he says. 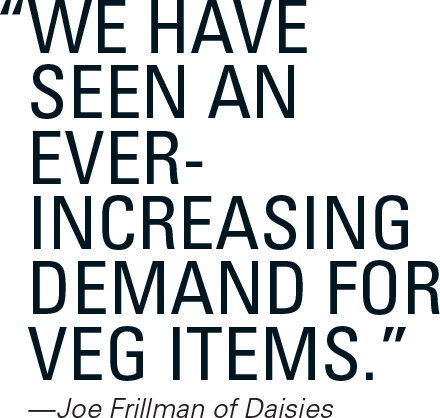 While certain dishes include anchovies or lamb, the array of plant-based options make the menu workable for customers with a variety of dietary needs. Frillman says Daisies is sought out as an “accommodating” spot for vegan customers, as well as their “meat-eating friends.”

“I feel like food tastes better with animal products in it. But it doesn’t have to be a giant hunk of meat,” he says. “Using animal fats and byproducts to satiate and bring out the flavors in vegetables excites me. It’s hard to convince someone to give up meat or animal products altogether, but even reducing the amount consumed can make a lasting impact on the world’s current environmental trajectory.” 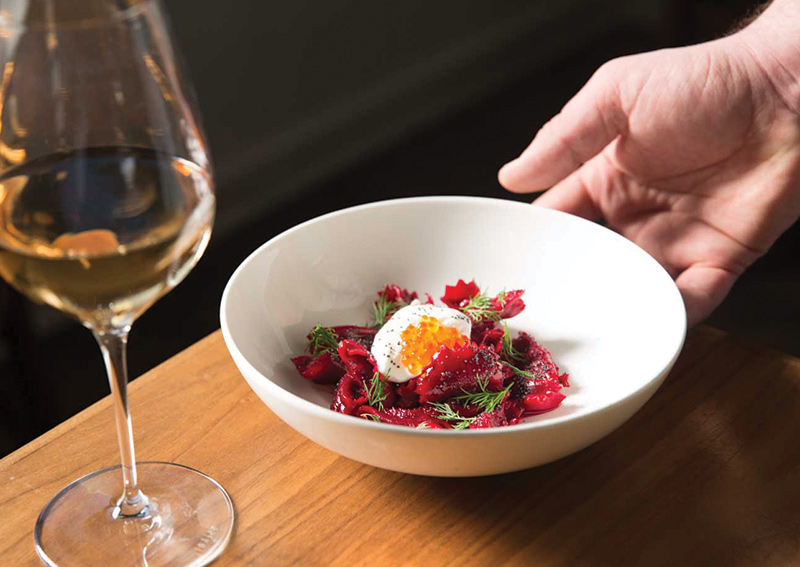 Florian Pfahler, owner of Hannah’s Bretzel, a chain of sandwich shops in Chicago, has increased its meatless options since launching in 2005.

Plant-based options are available, about a 70/30 split between meat and veggie, part of what he says is their “bigger responsibility” to the environment. But the choice also closely aligns with Pfahler’s personal support of the “Mediterranean diet,” which focuses on plant-based options with a moderate consumption of animal products.

“The Mediterranean diet is one of the oldest. It grew naturally from what was/is available in the Mediterranean region,” Pfahler says. “Healthy balance is what we propose with a heavier emphasis on vegetables and fruit, whole grains, if possible, healthy oils like olive or avocado, hard cheeses over soft and animal protein to enhance the meal but not to be the main character.” 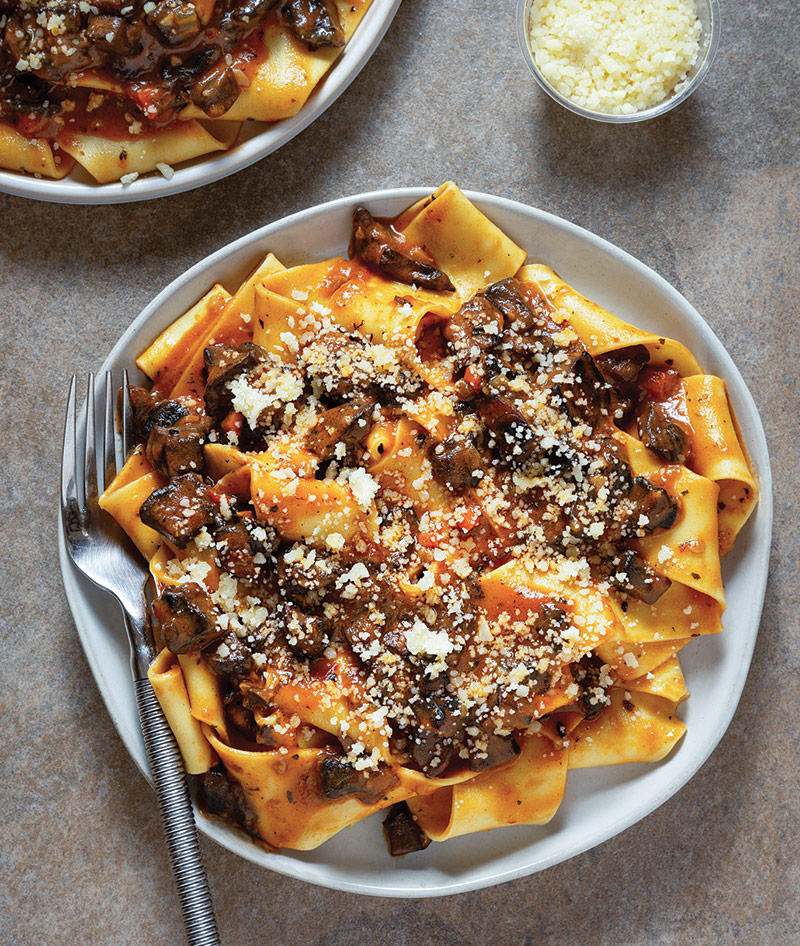 With that in mind, Pfahler doesn’t see an entirely plant-based future. Since Hannah’s Bretzel opened, he hasn’t noted an increase in demand for plant-based sandwiches, and the ones already on the menu don’t tend to sell any better than their meat-filled counterparts.

“Why does it always have to be extreme?” he asked. “We do not believe in meat-free. We support keeping it real. If you want meat, eat a grass-fed, responsibly raised and well-treated ribeye from a happy cow, or a wild-caught whole red snapper, and pay accordingly.” 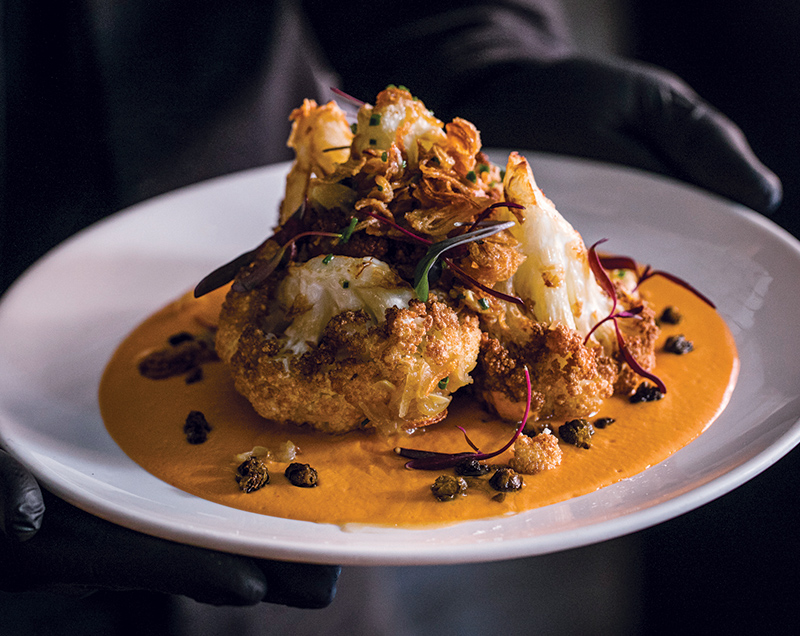 DeRossi cites veganism as the biggest trend of his 17 years in the business. Frillman also heard differently from his customers.

“We have seen an ever-increasing demand for cleaner veg items, especially ones that taste good. It used to be ‘Oh I’m a vegetarian, I’ll take whatever the chef can whip up,’ and that usually would be a hastily made option. People are looking for food geared toward them, toward flavor,” Frillman says.

Says DeRossi: “A ‘flexitarian’ diet is definitely a step in the right direction and a way to introduce one’s mind and body to the idea of eating less meat and more vegetables, but unfortunately this planet is on fire, and I do not know if we have the luxury anymore of slowly easing into a vegan diet or just cutting back on meat,” he argues. “If we do not make the change now to a vegan diet, we will be forced to in the near future.” 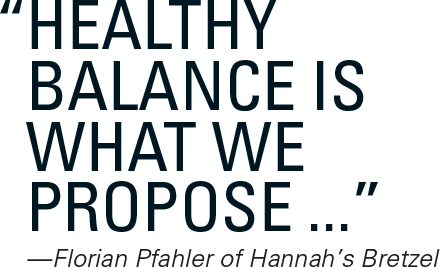 But how does that affect the bottom line? Pfahler says vegan and vegetarian options are less expensive, while Frillman says “the cost of quality produce far exceeds many of the proteins we use.”

DeRossi agrees that vegetables could be just as expensive as meat but says the costs have been offset by the increase in visitors since the company went entirely vegan.

All three restaurateurs are also making efforts outside the menu to lessen their environmental footprint. Both Pfahler’s and DeRossi’s restaurants have a compost program. At Daisies, the staff practices “trash cooking,” where food scraps are routinely fermented. 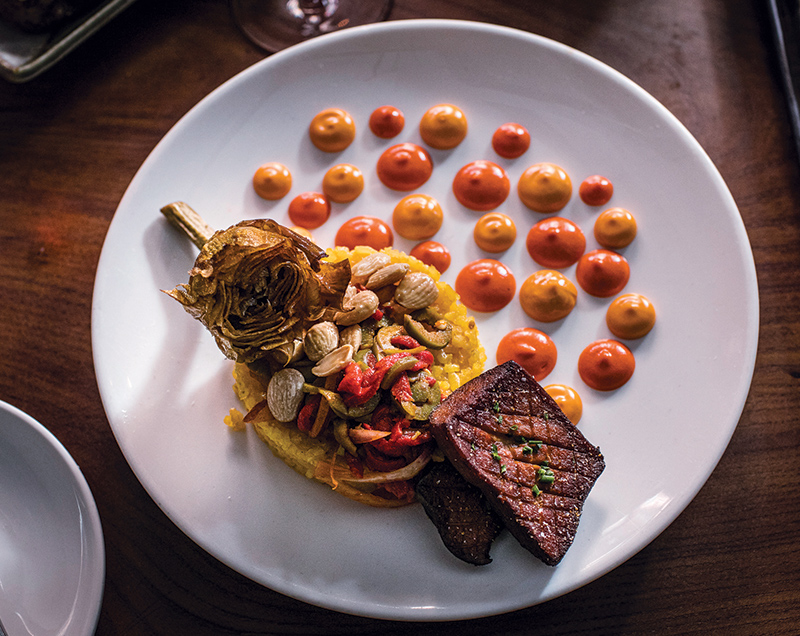 Hannah’s Bretzel restaurants are powered 100% by wind and solar energy, with food prepared in biodegradable packaging. DeRossi is working on installing systems in his restaurants to monitor and control water usage.

Today, consumers are more conscious than ever about the impact their food and spending are making on the planet. Regardless of how far they go, the forward-thinking businessperson puts customers’ minds at ease by making environmentally grounded decisions on and off the dinner plate.