If our ancestors hadn't figured out how to eat meat a few million years ago, imagine all the benefits we’d be reaping today. Lower food costs. Greater respect for farmers. And the big bonus: You wouldn’t have to cram a burger onto every single menu.

These days, you can live out that fantasy, as it’s become clear that guests don’t always want fat slabs of animal protein front and center—not to mention bacon—on every plate.

Instead, chefs are positioning vegetables as the main ingredient, and often with “steak” attached to their description (think carrot, beet or cauliflower steak). They’re satisfying the growing numbers of vegans, vegetarians and healthy eating omnivores with vegetable-centric dishes plated attractively and bursting with flavors.

Get at the root
Which spring vegetable has more heart than beets? Chioggas, Goldens, Detroit Dark Reds that practically bleed. At Boka in Chicago, charcoal roasted beets with pumpkin seeds, bitter greens, feta and licorice is a $23 entree, sandwiched between roasted chicken and seared scallops options. 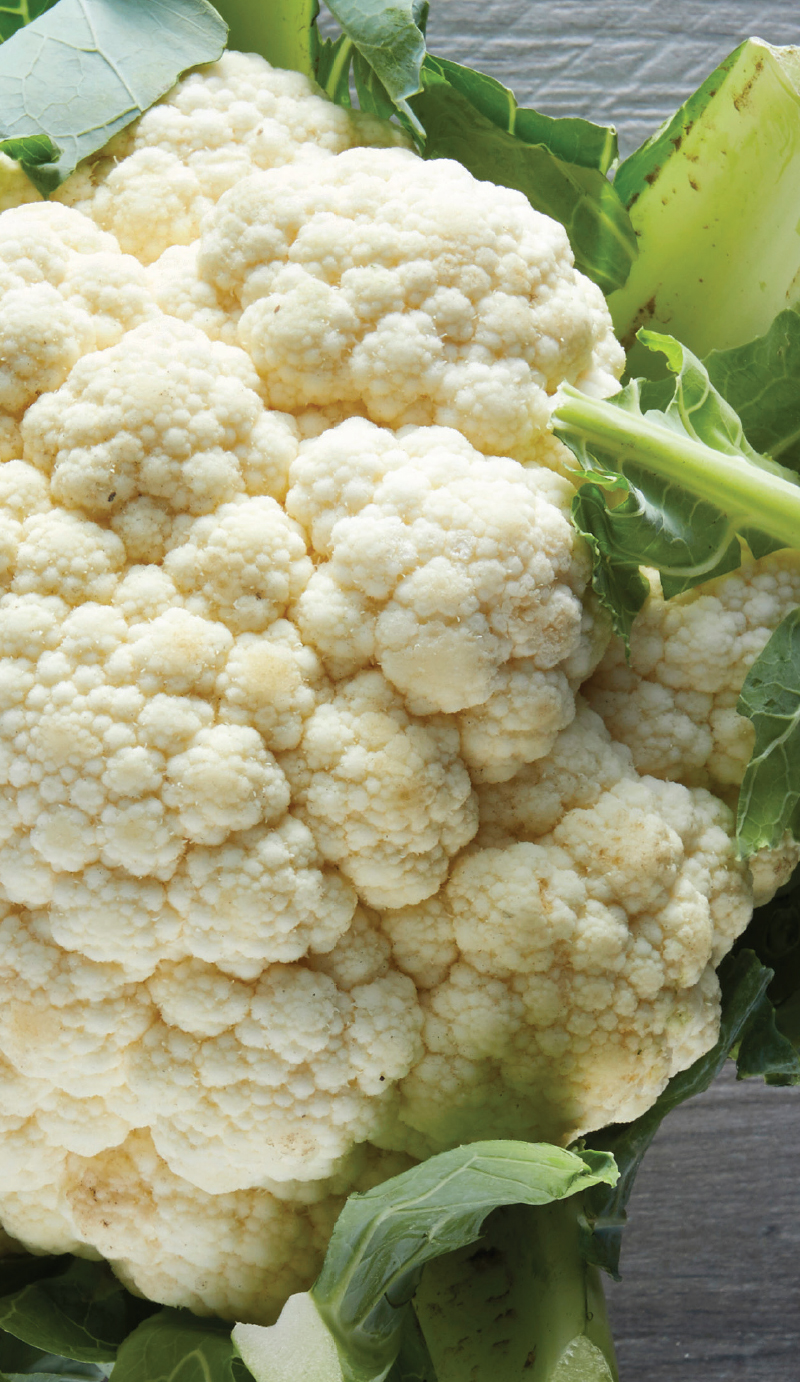 Last summer, the demand for vegetable dishes was so high that BOA Steakhouse in Los Angeles added a section for produce, offering choices such as beet poke with jalapenos, ginger and root chips.

“A lot of people are becoming vegetarian and vegan—especially in the area where I am—so when I opened I put a lot of thought into my vegetables,” he says.

Zarate marinates beets in a cumin-spiked gochujang sauce and dehydrates them, subbing in the resulting beet jerky for traditional slices of filet mignon. He then stir-fries it with onions and tomatoes, saucing the mix with roasted tomato coulis and soy, vinegar, garlic and ginger, before topping it off with a fried egg ($29).

When beets aren’t an entree, their juices can take the lead. Chef Carmine Di Giovanni uses fresh cold pressed beet juice to make his guests feel a little less guilty about eating pasta at Aunt Jake’s in New York. Kneading it into his house dough and rolling it into pappardelle, he thinks it goes best with a chicken

Bolognese, which he starts by searing off garlic and herb-seasoned ground chicken, deglazing with white wine and finishing with shallot confit, butter and pecorino cream ($16-$36).

“It’s really bright, vibrant, made-to-order and the earthiness of the beets comes through,” he says. “Whereas if you were to pair it with a tomato sauce, the pasta wouldn’t shine as much.”

Dangle the carrot
Beets can be a love-it-or-leave-it vegetable, but love for carrots seems universal. As many chefs have learned, it can do just about anything.

On his tasting menu at San Francisco’s Commonwealth, Executive Chef Jason Fox serves a candied carrot jerky with coconut and kaffir lime pudding, and orange granita as an occasional dessert course. He achieves the carrot’s chewy meatiness by soaking it in pickling lime, a treatment that works equally well with beets, sunchokes or squash.

“It basically helps to form a little bit of a skin on the outside so that way you can you can really cook it where it won’t fall apart,” he says.

Just like chefs who follow a whole animal ethos, Fox believes using every part of the carrot can improve on an already low food cost. “We’re making the carrot jerky, we’re pureeing it, we’re shaving it raw, we’re using the greens to make a pesto or to make a salad. There are so many more things you can do with a carrot.”

Chef Tony Conte of Inferno Pizzeria Napoletana in Darnestown, Maryland, subs carrots cut between a julienne and matchstick for eggplant in an otherwise traditional caponata appetizer served under burrata. The carrots marinate for a day with golden raisins, capers, chili flakes, pickled jalapenos, cinnamon, white grape juice, rice vinegar and dry vermouth. At the pick-up, they take on some color in the woodburning oven before finishing with olive oil and fresh herbs ($13).

Meat becomes the garnish on the final course of the tasting menu at Vicia in St. Louis, where Chef Michael Gallina roasts and grills whole carrots, drizzling them with a reduced pork stock and a shower of ash made from the roots’ peels. It’s served with a family-style bowl of polenta with carrot and beef or pork Bolognese, reduced with carrot juice and cream.

“If it’s edible, it's usable; nothing goes in the garbage,” he says. “We’re juicing the carrot, using the peels and the tops.”

No need to stay rooted
Any vegetable can push animal protein to the side—or even off the plate—and provide a satisfying bite for your guests.

Chef Philip Pretty of Restauration in Long Beach, California, always serves a seasonal sandwich for his hungry vegan guests. Made-to-order ciabatta bread is split and toasted on the plancha, while florets are deep fried in tempura batter. They’re topped with jalapenos, cucumber, carrots, basil, cilantro and parsley, as well as a lemon basil emulsion ($14).

“The people that come into our restaurant understand that we get almost 70 percent of our produce from our farm and that outside of that we get everything else from the farmers market,” he
says. “They see a cauliflower sandwich; they know we’re not opening up a plastic bag. We call it ‘The Trustworthy’ because it’s a seasonal sandwich that you can trust is going to change with the season.”

When Chef Josh Keeler of 492 King in Charleston, South Carolina, inevitably finds himself with 10 or more varieties of squash and zucchini, he doesn’t want to muddle their different colors and subtle variations in flavor by cooking them. Instead, he looks to Italy.

Keeler’s cooks sort and slice them by size so guests can get up to five varieties on the plate, dressed with a vinaigrette made from pistachio butter, olive oil and Meyer lemon vinegar. It’s topped with shaved clothbound cheddar, microplaned pistachio, mint and a pair of fried squash blossoms battered in tangy sourdough starter.

“I feel like vegetables have become a better selling point than raw fish,” he says. “This whole idea of using vegetables as a main course or at the center of the plate—there is definitely a perceived value involved in that.”

Paint the Plate
Varieties of colorful veggies can imbue striking hues and springtime charm to even the drabbest of presentations.

SQUASH
› Zephyr: long and yellow with a green tip
› Round de nice: squat and green with white stippling
› Pattypan: starburst-shaped in various shades of green, yellow, and white

CARROTS
› Atomic Red: bold color explodes onto the plate
› Cosmic Purple: like an eggplant with an orange interior
› Lunar White: glows like the moon
› Solar Yellow: shines like the sun