In years past, discussing politics, religion or sex around the dinner table was a serious breach of etiquette.

For restaurant operators and their staff today, taking public stances on hot-button issues is nothing less than a third rail proposition. But for some operators, it’s become increasingly difficult to stay silent when the politics of the hour is playing such a dramatic role on daily operations. Issues such as sexual harassment, immigration reform, minimum wage, gender equality, gun policies and global warming are all inextricably intertwined with a business that deals with food and people. Still, restaurants trying to stay afloat with narrow margins and fierce competition still need to make a profit without shrinking their customer base. Should you ever mix politics with your brand given the current climate of political polarization and discourse? Four industry professionals weigh in. 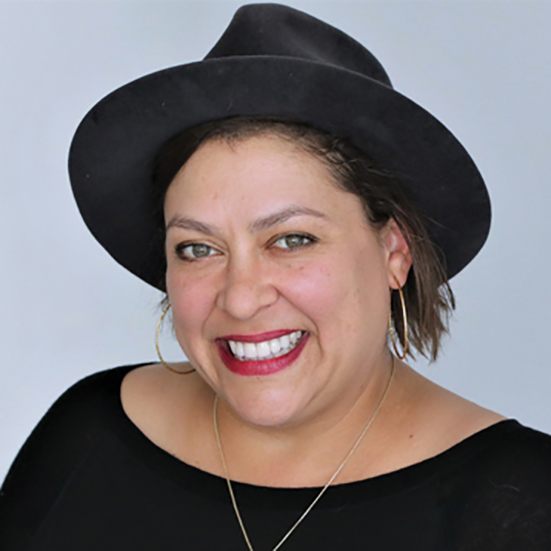 Sommelier and owner of Vinovore in Los Angeles

Backstory: One of Los Angeles’s first female sommeliers; worked on opening acclaimed Los Angeles bars Perch and The Must before opening her first wine shop, Vinovore.

“This is definitely a heated topic, one that I have found myself in the middle of more than a few times. I believe the safest and probably wisest answer is to not mix your politics with your business, so as to not alienate any customer base. Against my better judgement, I do not always personally adhere to that advice. Considering the moment our world is currently in, and how volatile and downright terrifying the political environment is, it can be hard not to take a stance. When building a shop with a strong voice to support women’s equal rights in business, I feel this is already a type of political statement in itself. To be truly aligned with my mission, I am not afraid to speak out against a government or individuals who don’t share what I believe is the only path for love and equality for all humans and our planet. Basic rights and simple decency is something that I don’t compromise, and I don’t mind losing patrons if they don’t agree with that.”

General manager and beverage director at Elske restaurant in Chicago 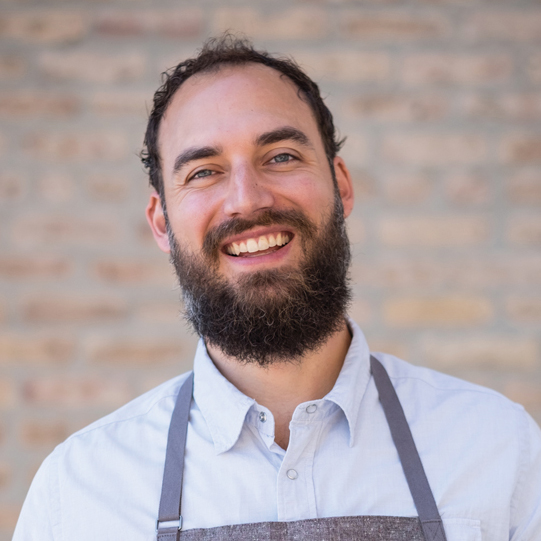 Backstory: Previously worked at The Violet Hour and Blackbird in Chicago, where he first met Elske co-owner David Posey.

“As a bartender, my first reaction is to put hospitality and inclusiveness first. I have occasionally found myself in or around discussions that I might not agree with, but I put diplomacy first and maintained either neutrality or a softened version of my stance. Of course, you also don’t want to blow in the wind and not represent yourself in an authentic way. I believe that, from a business perspective, you are fine with either approach. Neutrality keeps your demographic wide, while advocacy strengthens and endears your core following. I prefer to let people have their viewpoints but not force them on someone else. Usually by allowing that space, they also allow you to respectfully disagree. “We have done things like donate to Planned Parenthood or groups helping immigrants’ rights because that is what we believe in, and I don’t think we use it as a tool to define our brand…the only thing that will save our country is freedom of speech and expression – and that means for everyone. If we actually had restaurants and bars where conservatives and liberals both went to and enjoyed themselves and didn’t write each other off immediately or you felt like you could speak your mind, we would return to a more civilized time.” 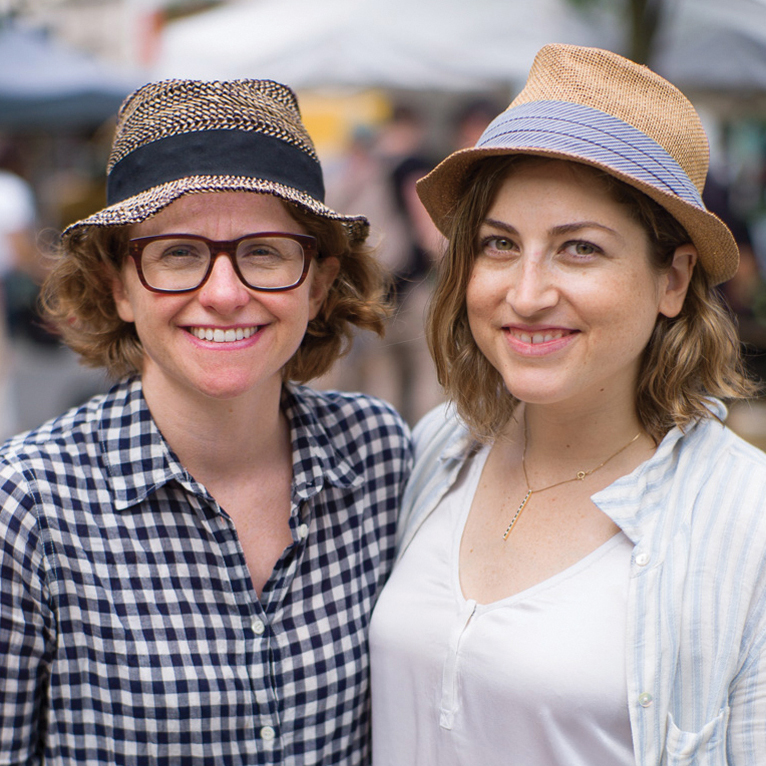 Backstory: A former tech designer for 11 years before opening Hudson Jane with her wife, Megan Johnson, in 2017.

“I think there’s a fine line because we don’t necessarily know everyone’s politics, and, for me, I don’t want to necessarily alienate anyone. But I think our brand – who we are as a restaurant and our target customer – that all sort of, for us, aligns with who most of our customers are. It’s okay to stand up for what you think is right and not be afraid, but you have to do it in a way that’s more inclusive than exclusive. With politics in general, the big divide is that exclusive view of conversing with the other side, and I think that further entrenches people. When you speak your mind or talk politics, coming from a (position) of inclusivity will do more to change people’s minds. “Being specific with regards to sexual harassment, we have a no tolerance policy. Even before the #MeToo movement, we just set out to create a restaurant that was different. Megan (my partner) has been in the industry for over 20 years, so she’s been exposed to this. So, from the get-go we were going to change that to show you can treat your employees well and they’ll be happier. We call it a ‘magic circle,’ where the employer takes care of the employee and they in turn take care of the customer, which brings them back. I intend on posting events for Emily’s List and things like that because I do think it’s important. When you mix a little food and wine, you can get to heavier topics and maybe take the edge off a bit. If you have a space, use it for good. Don’t just use it for one little part of what it could be.” 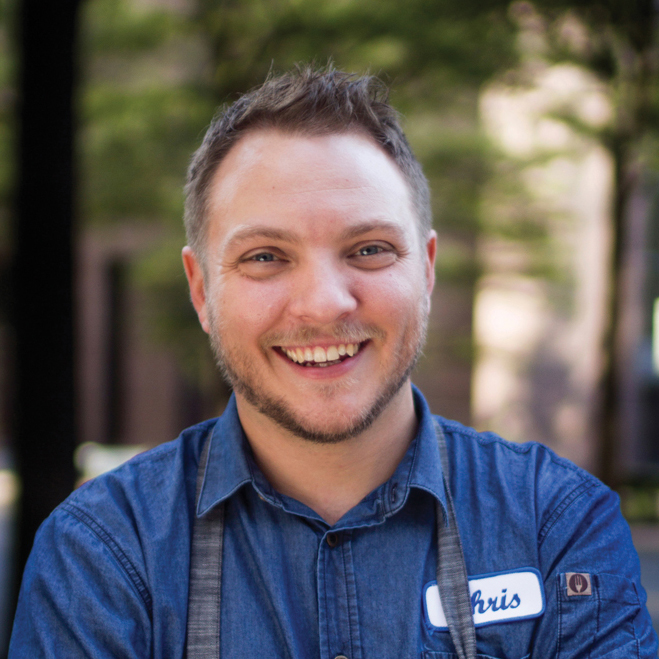 Backstory: Began bussing tables at 14 and landed his first cooking job during college at the McNinch House in Charlotte, North Carolina, where he became the executive chef. Opened The Asbury in 2014, earning two “Best of the Best” Awards from Charlotte Magazine.

“It really comes down to the brand and the segment that the chef works in. If you were to look at my personal Facebook page, I have political rants all day long. I’m pretty outspoken about my views. I do work for Marriott, so I can’t take any political stance at work or through our social media outlets. I completely respect the hell out of chefs like Ashley Christianson and Steven Satterfield who will shout out of their feeds, but it would not work for Stoke for all the reasons you can imagine. We’re serving a very diverse clientele, and we want people to feel comfortable and not ostracized for their political beliefs. “There was a little kerfuffle in North Carolina a month ago when Chef Christianson was attacked for wishing Michelle Obama a happy birthday and someone said, ‘Be quiet, just cook.’ We tend to look at our leaders in any industry as leaders and in food especially. Our chefs are looked at as a celebrity chef-driven culture, so I think we shouldn’t be quieting those voices; we should be celebrating those voices. It’s just like the MeToo movement in Hollywood; chefs should speak loudly about their viewpoints and not be afraid. If we’re going to move our industry forward especially in regard to sexual harassment, intimidation and immigration reform in our industry, we have to talk about these things.”