► Eggs and potatoes are breakfast and brunch winners, especially for the protein-focused and gluten-eschewing diners. They’re mainstays that present opportunity – blank canvases ready for riffing and embracing the flavors of just about any cuisine. 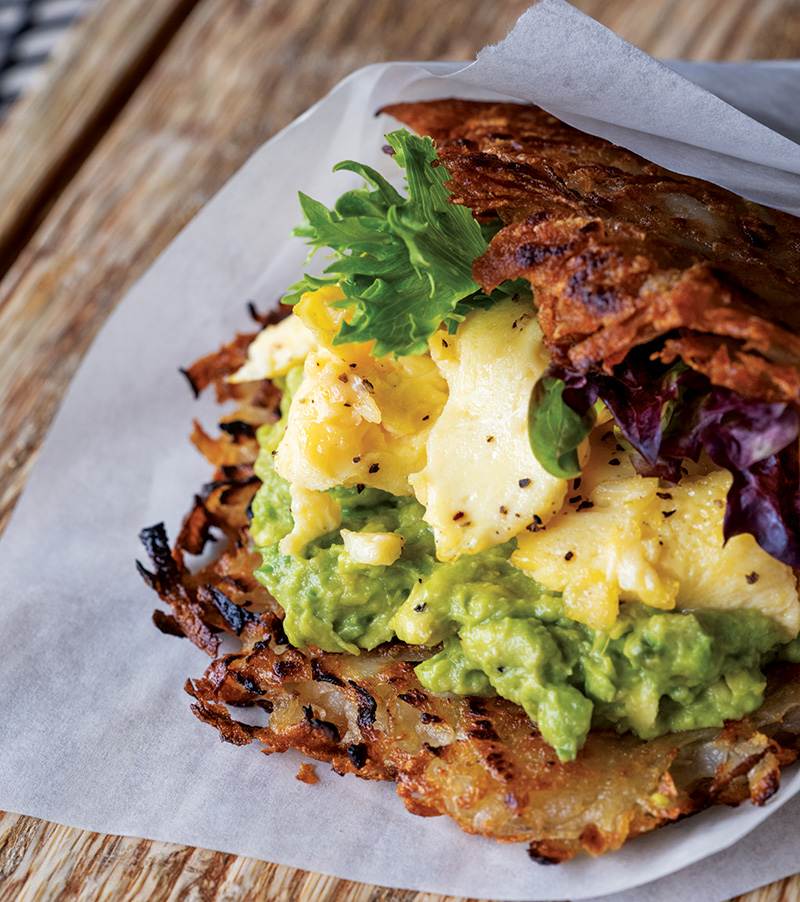 This daypart is ideal now for increasing the bottom line. Chefs across the country say brunch is back. Workers are returning to offices at a time when customers are increasingly more comfortable dining on-premise.

“People want to be out, and as much as we may not want to be back in the shop after a busy night, it makes sense,” says Michael Tsonton, executive chef at Chicago’s East Bank Club. “You’re still paying for utilities and the space, whether you’re open for business or not.”

While the popularity of eggs is stable, potatoes show a 4% increase over the next three years, according to research firm Datassential. But factor in preparation, presentation and ingredients – from global flavors to plant-based proteins – and the numbers soar. 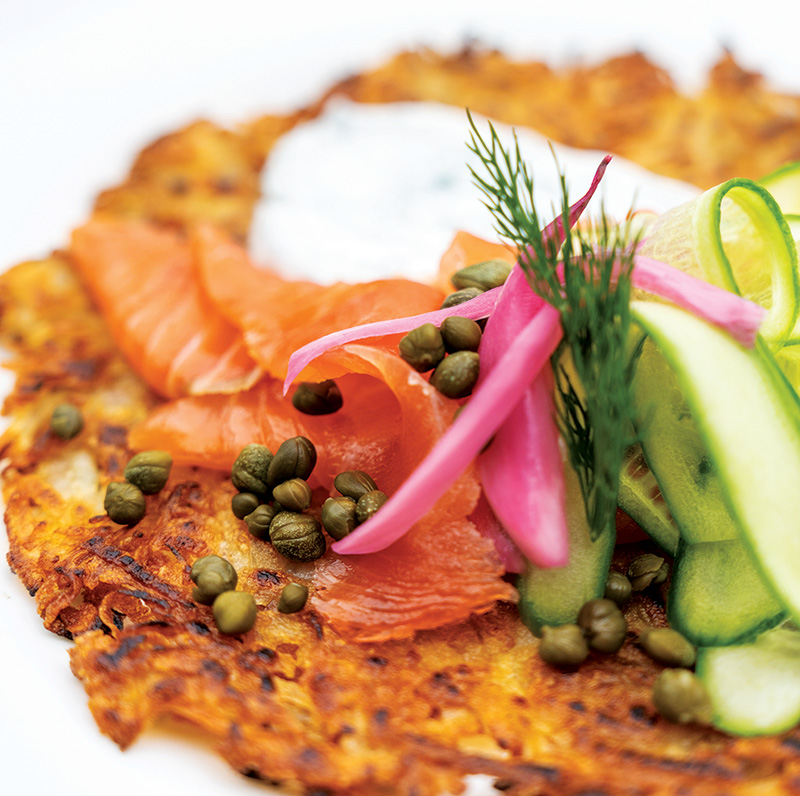 Eggs Benedict remains popular, but it is no longer partial to the English muffin. At Merkado in San Francisco, sopes cradle carnitas, spinach and a poached egg draped with chili-spiked hollandaise sauce. Nasturtium garnishes the plate.

For those who pass on gluten, hash browns do the job. They hold together scrambled eggs, avocado mash and vinaigrette-tossed greens at the East Bank Club.

A TOAST TO TOAST

At Café Lift in Philadelphia, toasted sourdough is slathered with garlic aioli, topped with spring peas, truffle oil mushrooms, shaved pecorino, crispy shallots and poached eggs. The menu also features avocado toast, also on sourdough with blistered cherry tomato, asparagus, poached eggs, espelette and olive oil drizzle. When Datassential reports that avocado toast is expected to increase 4,665% over the next three years, it’s safe to say that pairing it with eggs and other ingredients is a smart bet.

Ham is on 43.8% of menus, but is projected for a 12% decline over the next three years, says Datassential. Pork belly, however, is the pork to watch. At Watson’s Counter in Seattle, Egg’s Benny features pork belly, classic hollandaise, green onion and k-peppers. The protein appears again on the same menu, but on an English muffin with a fried egg, green onion and ssamjang, an umami-filled Korean condiment.

POTATOES MIX IT UP 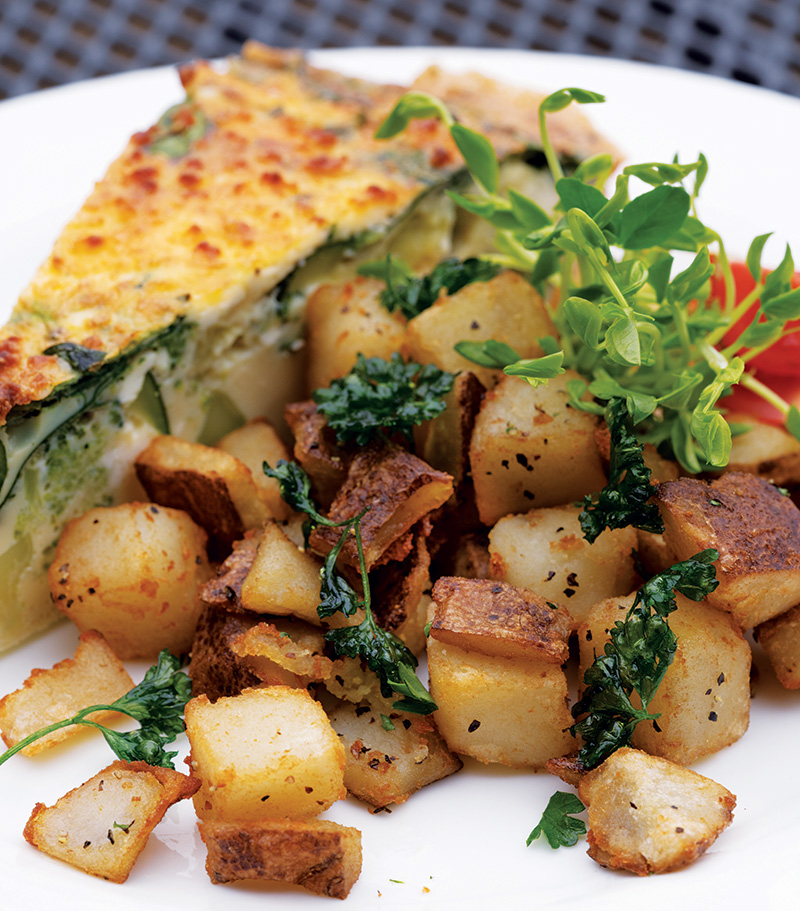 When potatoes appear with eggs, they’re oftentimes in the ubiquitous breakfast burrito along with cheese and a variety of fillings, including chorizo and seasonal vegetables. But they are increasingly playing a larger role. 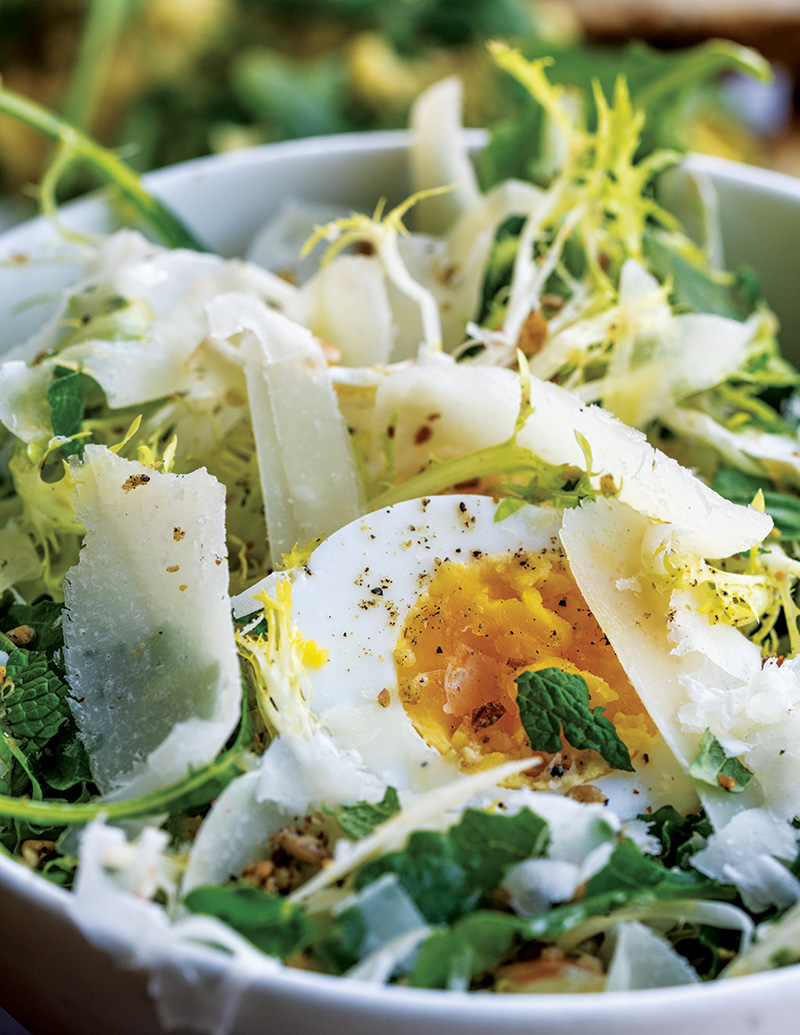 At Finch & Pine in Seattle, they’re oven-roasted and served with a pepper aioli, but at Café La Maude in Philadelphia, spuds are fried and paired with saffron aioli. Or potatoes can be tossed with Old Bay seasoning and accompanied by aioli – the way High Street Market in Philadelphia serves them. Imagine a bold, flavorful sauce, and the possibilities are endless.