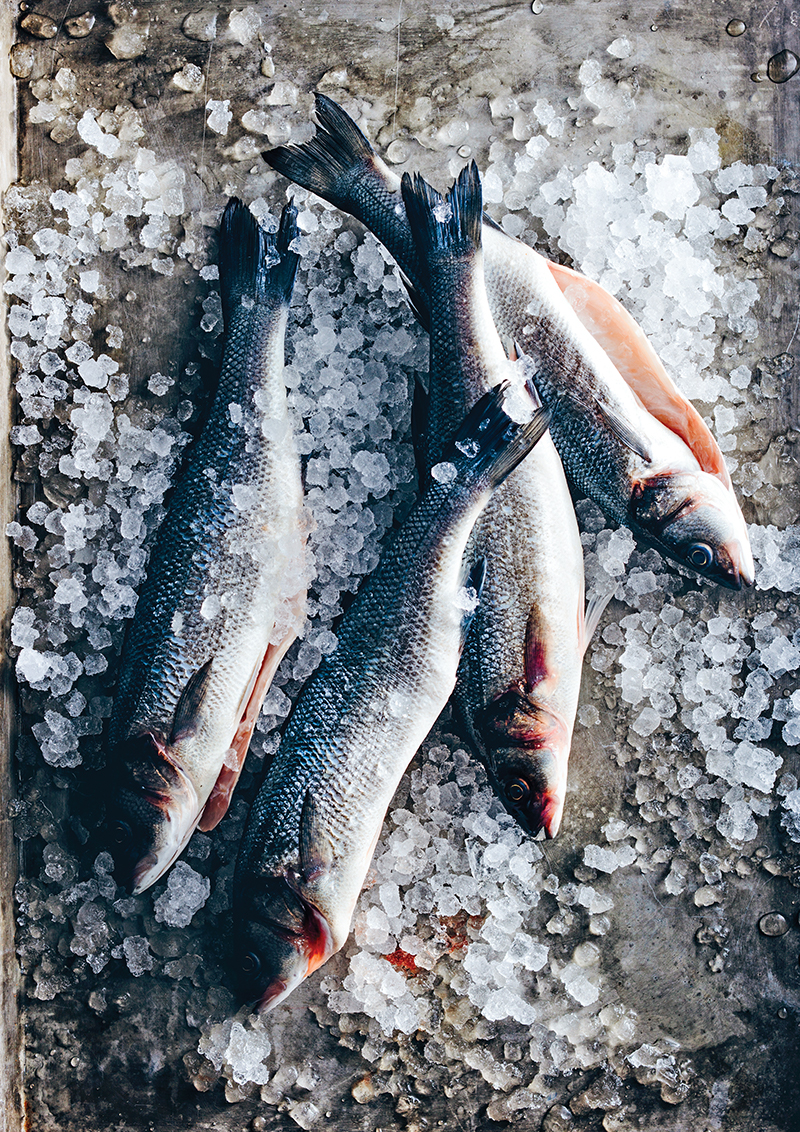 When a prolonged toxic algae bloom known as red tide postpones local crab season, or catch limits are placed on bluefin tuna, consumers and chefs alike are reminded that the global supply of seafood is far from limitless.

But awareness of environmentally responsible fishing – from procuring more abundant species to breakthroughs in aquaculture and fish processing – have made inroads in sustainability, popularizing varieties and making them more affordable, such as branzino, barramundi and arctic char. Today, it’s more important than ever to menu seafood that satisfies two needs: diners seeking healthy food choices, and their interest in supporting sustainable fishing. Here’s a start:

1. BEND WITH THE TIDE

Consulting the Monterey Bay Aquarium’s Seafood Watch program and working with sustainable fish vendors requires operators to be flexible, especially when favorite varieties are not available or cost-prohibitive. This means enticing the public to broaden the types of fish they eat, which is an achievable goal with the help of a knowledgeable staff. 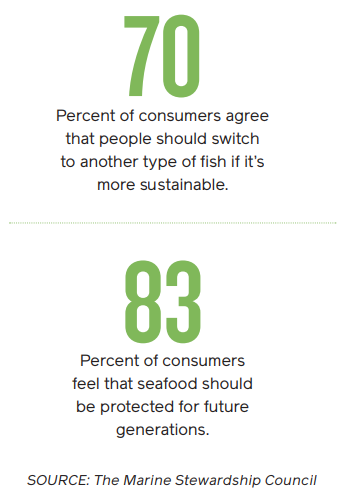 Mac Hay, who has bought directly from local fishermen since opening a fish market on the town pier in Wellfleet, Massachusetts, 25 years ago, recommends pairing the unfamiliar with the familiar.

“A lot of these products that are undermarketed (and plentiful) have a great price point,” says Hay, who owns three restaurants in and around Wellfleet – Mac’s Shack, Mac’s on the Pier and Mac’s Fish House – as well as several fish markets.

Take monkfish, a local, affordable option that is less familiar to Hay’s customers than popular cod or swordfish. To entice people to try it, the fish is paired with clams and mussels in a smoky pimento-spiked sauce. “We can make good money on it, and it is still (priced) below swordfish on our menu,” Hay says. “I can do a monkfish special at $22, while swordfish might be $28 on the menu.”

Sustainable options can cost 15 to 30% more than conventional ones, depending on where they’re sourced and the level of sustainability. King salmon from New Zealand or barramundi from Australia may cost more, because the eco-friendly standards for farm-raised products are higher than in other locations. That said, look for ways to showcase value. 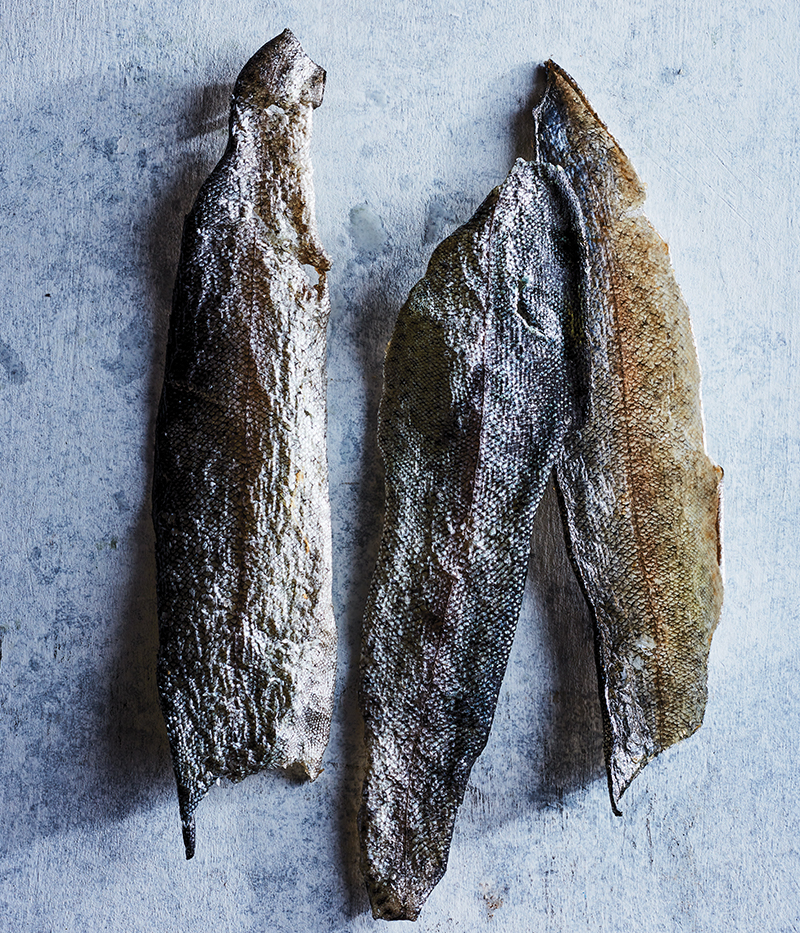 At Nick’s Cove in Marshall, California, local fish delivered to the restaurant’s dock is an easy sell. But since options are limited, executive chef Kua Speer also looks for sustainable seafood from farther afield, including certified fair-trade shrimp from Mexico.

To get a better price, Speer buys the small 71/90 per pound-sized shrimp for his prawn enchiladas. Paired with the tortillas and a rich sauce – either red or green – the tiny-shrimp enchiladas are a year-round treat that tastes substantial, while also eliminating the labor required to chop larger-sized shrimp.

“If you are paying for sustainability, you need to make sure that whatever you sell the guest has to be of value as well,” Speer explains.

Executive chef Juan Munoz says the fish costs more than other farmed options, but he makes up for the price by emphasizing its flavor and appearance. When a 6-ounce portion is cooked, it loses half an ounce of weight before it’s packaged with broccoli, sugar snap peas, and sesame seeds. Cheaper salmon, however, can lose 1 to 1.5 ounces when cooked.

“You know the salmon will taste good,” Munoz says of the sustainable variety. “There is no super fishy taste. It’s a good portion size. That’s why that dish speaks to people.”

It’s one thing to source better fish, but it’s another to ensure none of it is wasted. 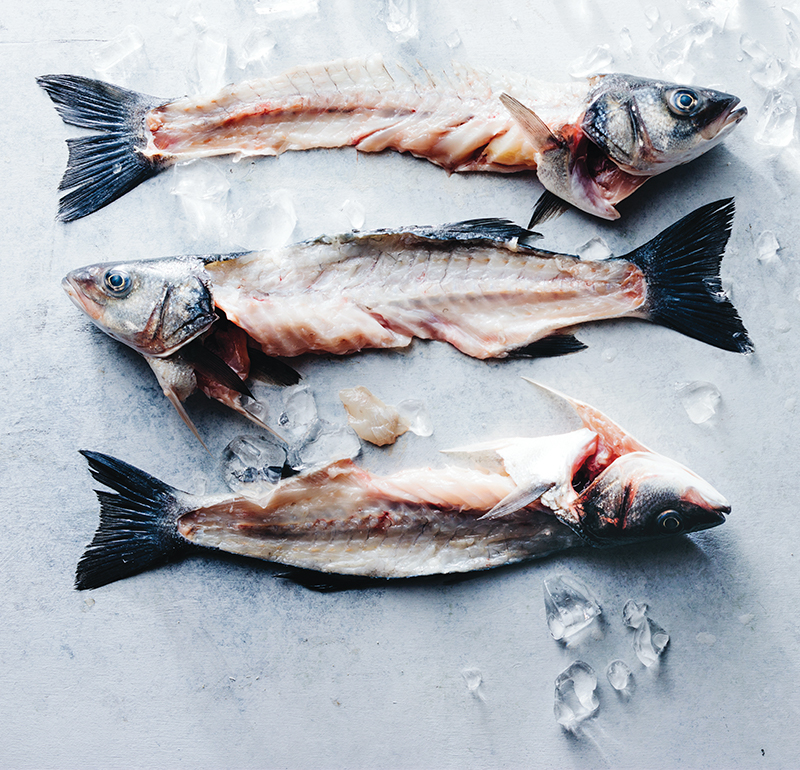 Take trout, which is sourced from a sustainable trout farm in Northern California. He smokes the bones to impart umami to dashi broth, then scrapes the skin clean, cooks it, dries it and fries it to make fish-skin. He even uses the liver by adding it to the broth to deepen the flavor in the final dish.

It comes together in a dish of cold-smoked trout glazed with miso, fermented vegetable juices and dashi, enriched with the smoked bones and crisped skin. “We like to build flavor; we want to make a representation of that particular fish,” Fox says.

When Jacob Verstegen became executive chef at LondonHouse Chicago’s LH Rooftop in Chicago, he swapped out tuna for a number of options, including arctic char, from a Wisconsin farm. The fish is not only sustainably grown and harvested, but also comes with data points logged through the process – if a quality concern arises, the farm proactively calls Verstegen. More importantly, his customers like the fish’s rich flavor and color enough to stop asking for spicy tuna rolls. 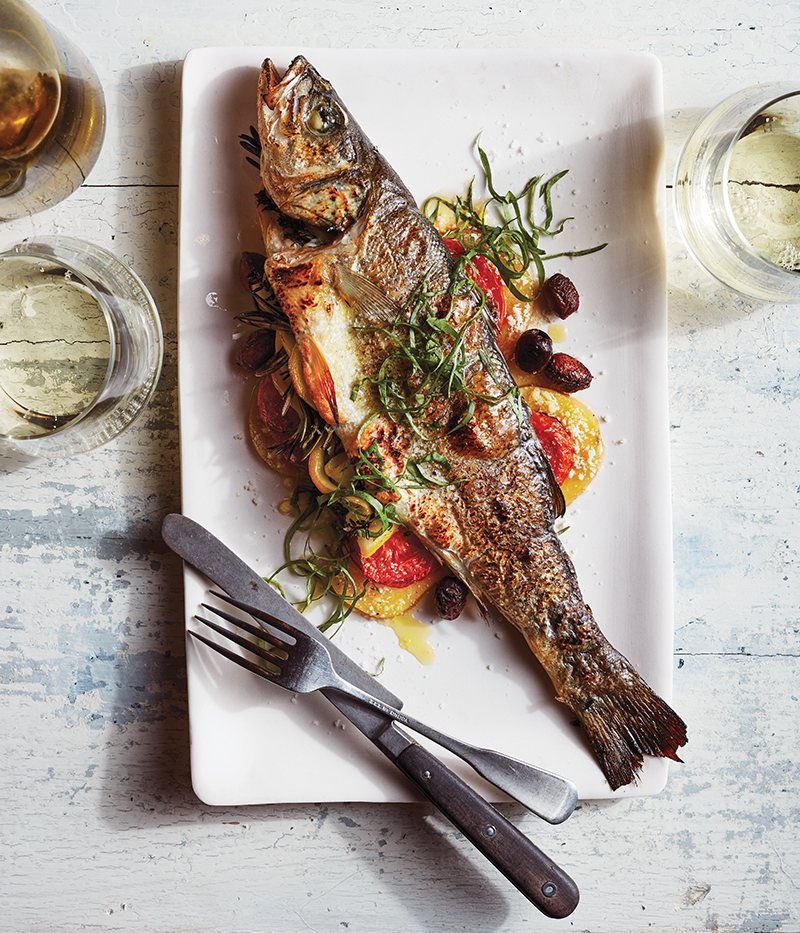 In the winter, Verstegen serves the fish hot with braised kale, garlic, chilies, and crisped sunchoke skins, while in the summer he cold-smokes it and prepares it with preserved green walnuts and dashi.

“It’s a freshwater fish, but it eats like an ocean fish,” he says. “You can go raw or cooked, crispy skin or poached.”

While Amy Brandwein buys local wild-caught seafood, the chef-owner of Centrolina in Washington, D.C., acknowledges that the one fish she can’t take off the menu is sustainably farmed branzino.

Although most farmed branzino come from Mediterranean waters, the expanded carbon footprint – and sometimes loss of flavor – that arises from shipping them from abroad has opened up an interest in domestically farmed branzino. New operations, such as Ideal Fish in Connecticut, seek to create more eco-friendly alternatives – albeit at a tad steeper price tag.

Whatever sustainable branzino you choose, Brandwein recommends quickly dipping the fish in a saltwater brine to refresh before placing it on ice. She stuffs the fish with herbs and lemon and then roasts it in the wood-burning oven. Adorned with potato confit, tomato, basil and a little white wine, there is little to hide behind.

“It’s about the freshness of each piece of fish,” Brandwein says. “People like that sweet firm texture; it’s not overly fishy and it goes really well with Italian ingredients.” 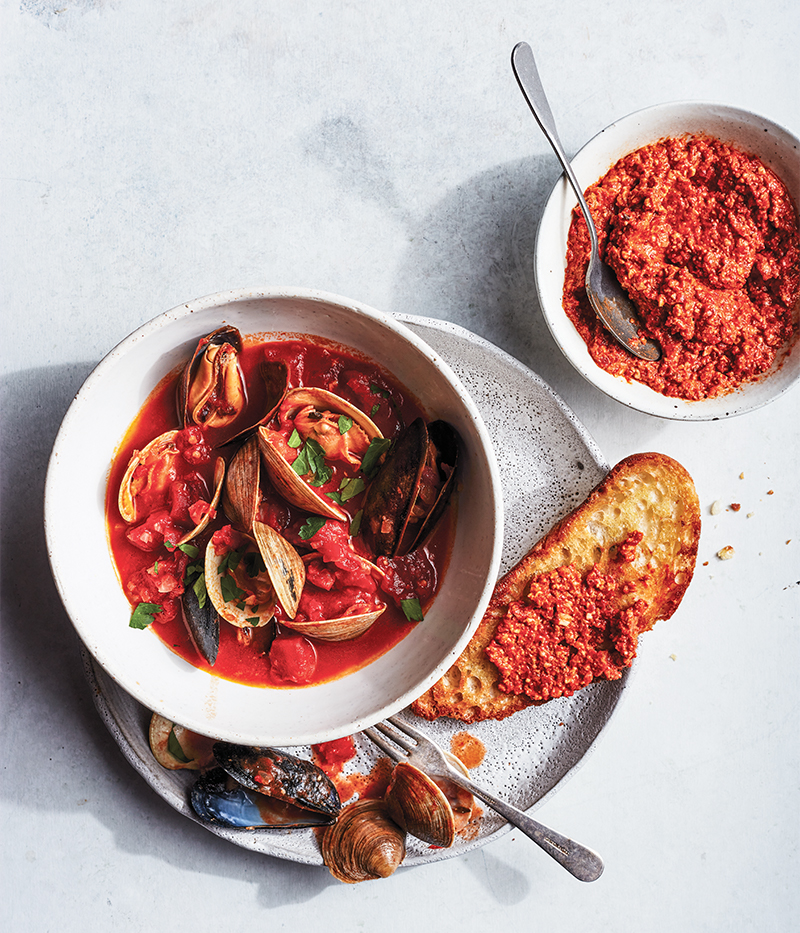 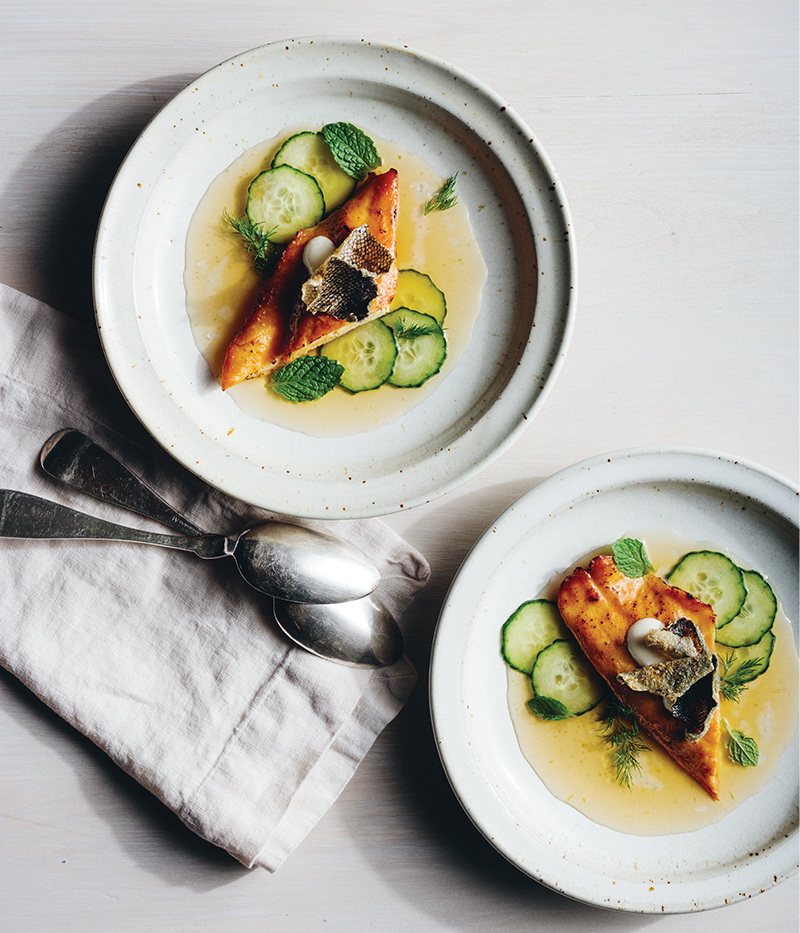 WHO caught that fish or harvested that oyster? Does the supplier in the supply chain know? Can the fish be traced accurately?

WHAT was caught? Is the labeling correct? If it’s a farmed fish, what is the feed ratio? If it takes two pounds of fish feed to raise one pound of fish, ask for better options.

WHERE was it caught? Certain species are sustainable when caught in places where populations are steady. Factor in its carbon footprint: A fish may have been harvested sustainably, but did the fishermen burn through gallons of fuel in the process?

WHEN was it caught? Ensure dates are accurate to avoid spoilage and ensure proper rotation.

HOW was it caught or harvested? Wild fish caught via rod and reel helps to avoid bycatch, but what about other methods?