For the past decade, the Strauss family and its network of family farmers have been raising beef exactly the way nature intended. No antibiotics, hormones or fertilizers. No grains. And definitely no feedlots. The 100% grass-fed cattle are given free rein to graze on natural grasses for the entirety of their days. “The only confinement we believe in is the stars above,” says CEO Randy Strauss. 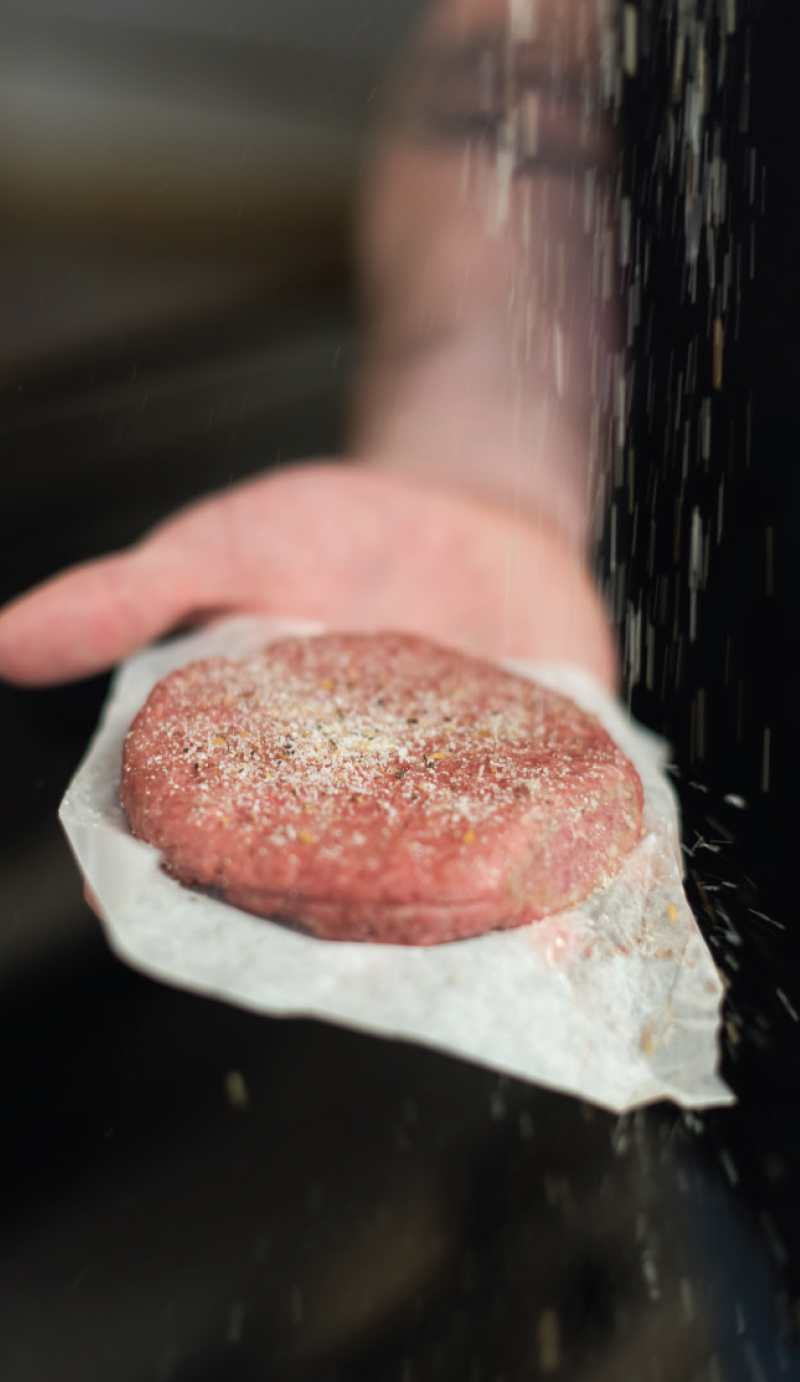 The Strauss way has been winning over restaurateurs just as simply: providing a superior-tasting product that diners see value in, and more recently, satisfying the public’s growing interest in transparency and sustainability.

Strauss partners with grass farmers who tend tracts of alfalfa, clover and nutrient-rich native grasses. Under their care, specific breeds of cattle – whose genetics ensure their all-grass diet translates into well-marbled beef – are rotated through different pastures, reestablishing a feeding cycle that’s good for the cattle, consumers and the earth.

The Strauss family also has broadened its understanding of grass-fed cattle’s positive environmental impact. Dedicated to American-raised cattle, they believe that if chefs and operators committed to just one case of grass-fed beef a week, it would create an impactful environmental ripple effect. It would help preserve thousands of acres of vulnerable pasture land where it matters most – the upper Mississippi River watershed. This simple change has the potential to reverse the damaging ecological effects of chemical runoff, which today is harming the waters and seafood population of the Gulf Coast. The environmental benefits of their products stay local, not half a world away.

“We can do an immense amount of good and make meaningful change for future generations,” says Lori Dunn, executive director of Strauss Brands.

Conventional corn and soybean crops require phosphorus and nitrogen to help ensure maximum yields. When strong rainfall sweeps over heavily fertilized fields, chemicals can be carried away as runoff. This triggers a chain reaction that leads to low-oxygen waterways called “dead zones,” which can cripple native seafood populations.

Pasture-raised products, such as Strauss’ Free Raised grass-fed beef, not only inhibit the expansion of dead zones, it may also help shrink them.

This reversal is possible because properly managed pastures don’t require large amounts of chemical fertilizers. When rain falls on these grasses, the water is soaked up – not only preventing erosion, but filling up the natural aquifers beneath the land.

To better support farmers interested in returning to pasture-based raising practices, Strauss has partnered with the Michael Fields Agricultural Institute, a nonprofit that educates farmers transitioning from conventional to sustainable production practices.

The hope is that this education will foster positive ecological change and help preserve sustainable land and family farms in the Midwest.

HOW THE ENVIRONMENT IS IMPACTED

The Gulf of Mexico is home to a dead zone – an oxygen-deprived area of water that suppresses marine life. As large as Connecticut, it’s the biggest dead zone recorded since tracking began in 1985. Here’s a primer on its environmental impact and how grass-fed beef can help turn the tide:

GRASS-FED BEEF SPEAKS FOR ITSELF

Consistency and improved distribution from farms to restaurants have contributed to the growth of grass-fed beef. Grass-fed burgers, however, get the credit as the game changer.

The health benefits associated with grass-fed beef encouraged James Milkovich, the corporate director of purchasing for Hyatt hotels, to start sourcing the burgers. They’ve become a huge hit with high-end travelers who frequent his hotel restaurants.

He conducted an experiment, placing Strauss burgers next to a more traditional “all-natural” Angus burger on his menus. “We found that the grass-fed burgers outsold the conventional one two-to-one,” says Milkovich.

Another plus: the Hyatt kitchen team found that a traditional 7-ounce burger shrank to about 6 ounces when cooked, whereas the 6-ounce of the Strauss hamburger didn’t shrink much. Today, 6-ounce Strauss burgers are a mandated product at all 130 of Hyatt’s full-service restaurants in North America and have become so popular that the chain is also integrating them at 175 other properties across the continent.

Initially, TJ Callahan of Farmhouse and Farm Bar, in Chicago and suburban Evanston, Illinois, began serving grass-fed hamburgers for ecological reasons. He wanted, he says, to play a small role in “leaving the world a little better than I found it.”

He learned that diners hungered for humanely raised, ethically sourced meat as well, which provided a valuable competitive advantage over nearby burger joints.

Now, his grass-fed burgers are top sellers, in part because his servers educate diners on their backstory, while encouraging them to order their beef a little less well done than regular burgers.

“When you serve a product that tastes good and helps make the world a better place, you create a bond with people that’s (tough to break),” Callahan says.