► The lure of the hunt brings them back again and again. After all, the mushroom is intended for discovery, found on foot in the depths of the forest with over 10,000 known varietals in the world. Umami bombs by nature, they’re perennially popular for a reason: mushrooms can do it all, even showing up in unexpected places, from desserts to cocktails. 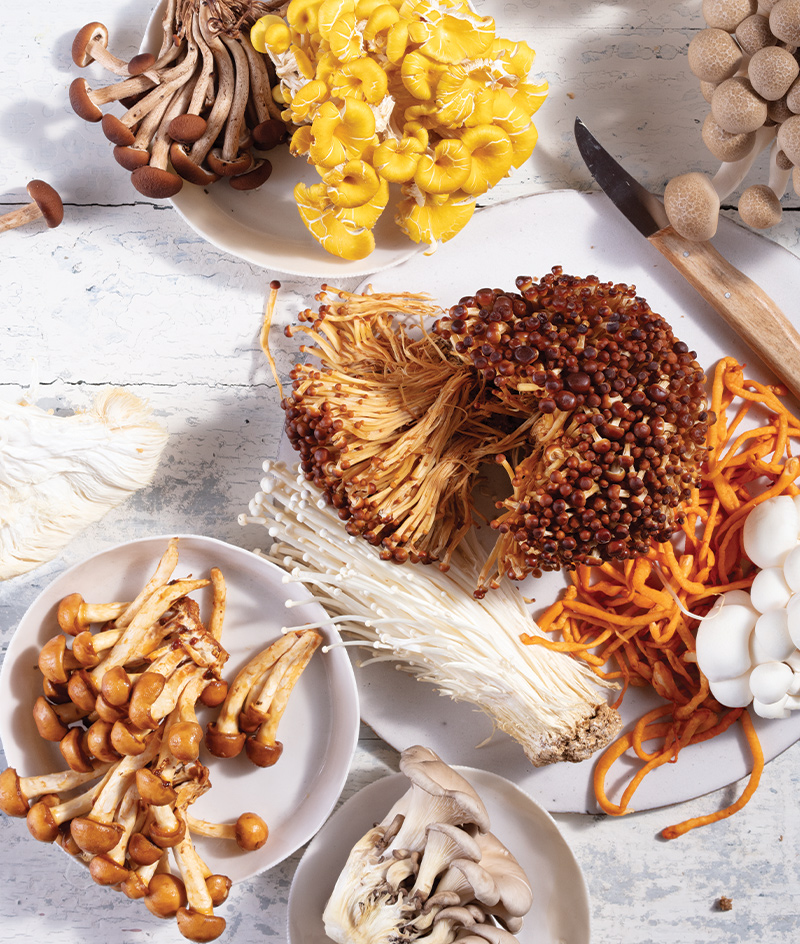 “Mushrooms, on the whole, are one of the most diverse set of organisms on the planet. There are some three million types of mushrooms, and we don’t even know how many of them are edible at this point. There’s no way to tell,” says J. Harris Tooley, bar director of The Bonnie in Astoria, New York. “What I really enjoy is that you can get such a variety of mushrooms.”

From enhancing proteins to replacing them, fungi are a powerhouse of seasonally driven flavor, incredible texture and densely packed nutrients worth sticking in any dish. Plus, they can save your bottom line a bundle.

Need proof? Here are five unexpected ways chefs can use them.

GO FOR A COCKTAIL 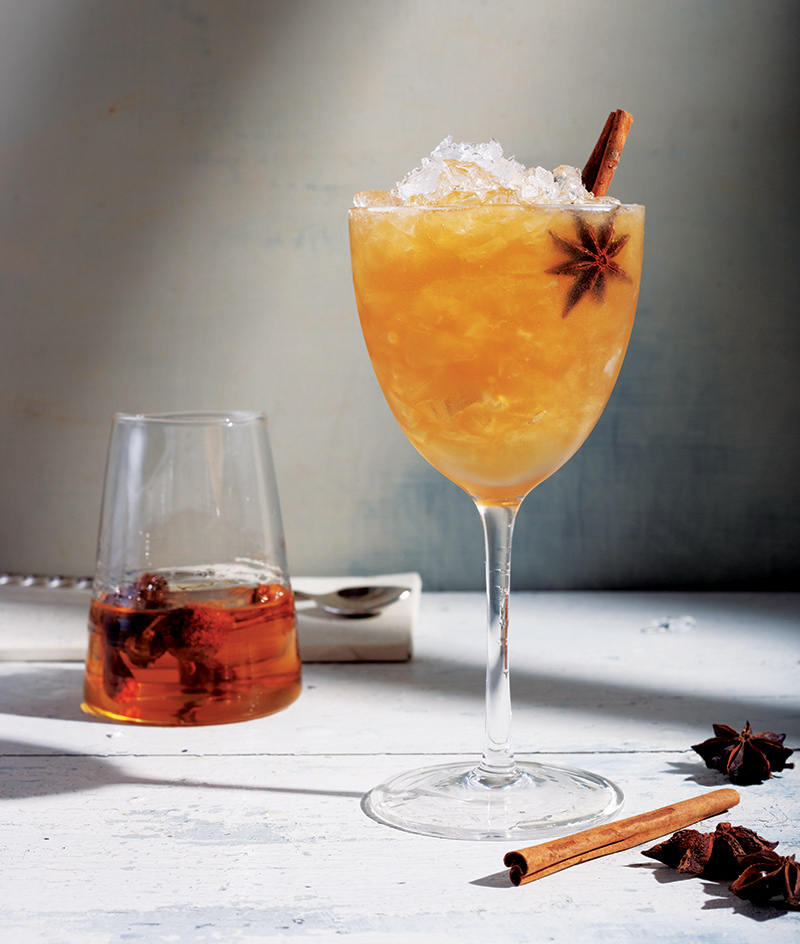 ❯❯ Why it works: “The flavor of the candy cap is bizarre; it’s like no other mushroom. This one is sweet and very pungent on the nose. When it’s dried, it doesn’t have much aroma; it just smells a little cinnamon-y. But when you rehydrate it, it suddenly comes alive and smells like gingerbread. It has a little bit of flavor to it, but it’s not super sweet. It’s mostly on the nose. It tastes more like bread: yeasty. It’s confusing: it doesn’t smell like what you think of as a mushroom. (The tincture) is not going to amp up the umami; it’s going to go in the other direction. You could sweeten drinks with it. You could make a really killer whisky soda highball with just a little drop or two. A little bit of this tincture goes a very long way, a couple drops here and there.”

NOTES FROM THE FIELD

Forager-led mushroom hunts are a growing attraction in California’s Sonoma and Napa counties. These outings are followed by a cooking class led by local chefs and reflected on the menu, including the one at Torc in Napa, California.

GO FOR A SAUCE 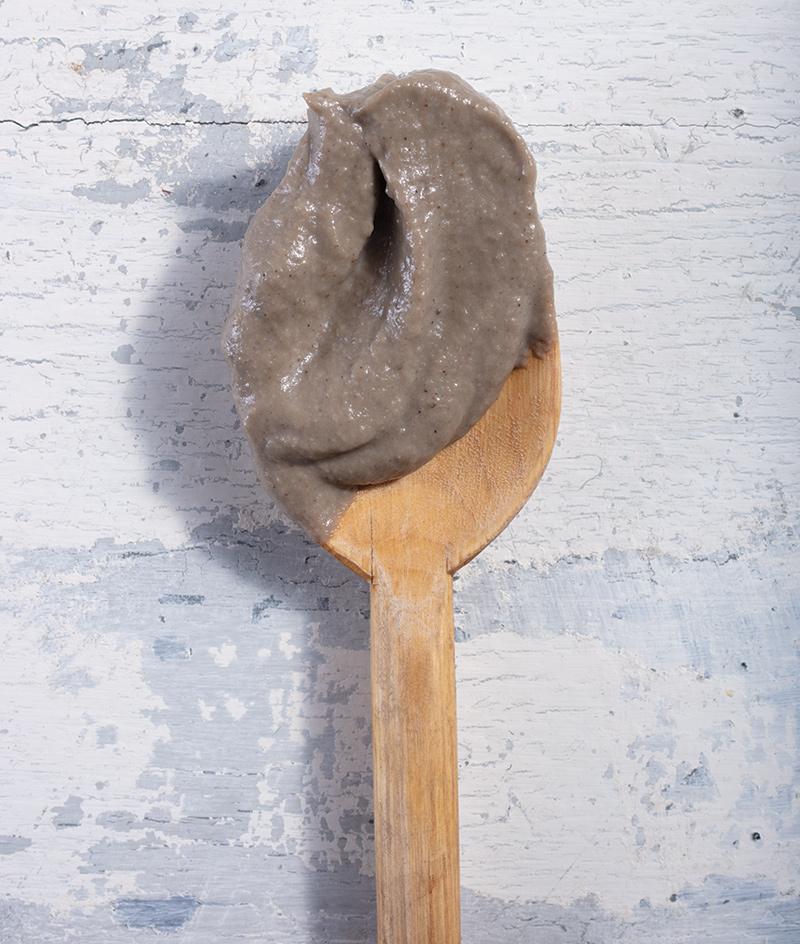 ❯❯ Why it works: “Mushroom ketchup is what inspired me to create a Mexican take as a condiment for the vegan taco using shiitake and oyster mushrooms. It has a smooth, almost creamy texture, with plenty of earthiness, sweet spice and smokiness from the mezcal. The ketchup offers a contrast of creaminess to balance out the textures of crispy, chewy mushrooms, crisp pickled onions and crunchy pumpkin seeds. It’s literally the glue that holds the taco together. When I decided I wanted to make the Hongos taco vegan, I decided to use mushrooms and huitlacoche as a sauce. Huitlacoche fresh is a bit earthy and definitely mushroomy.” 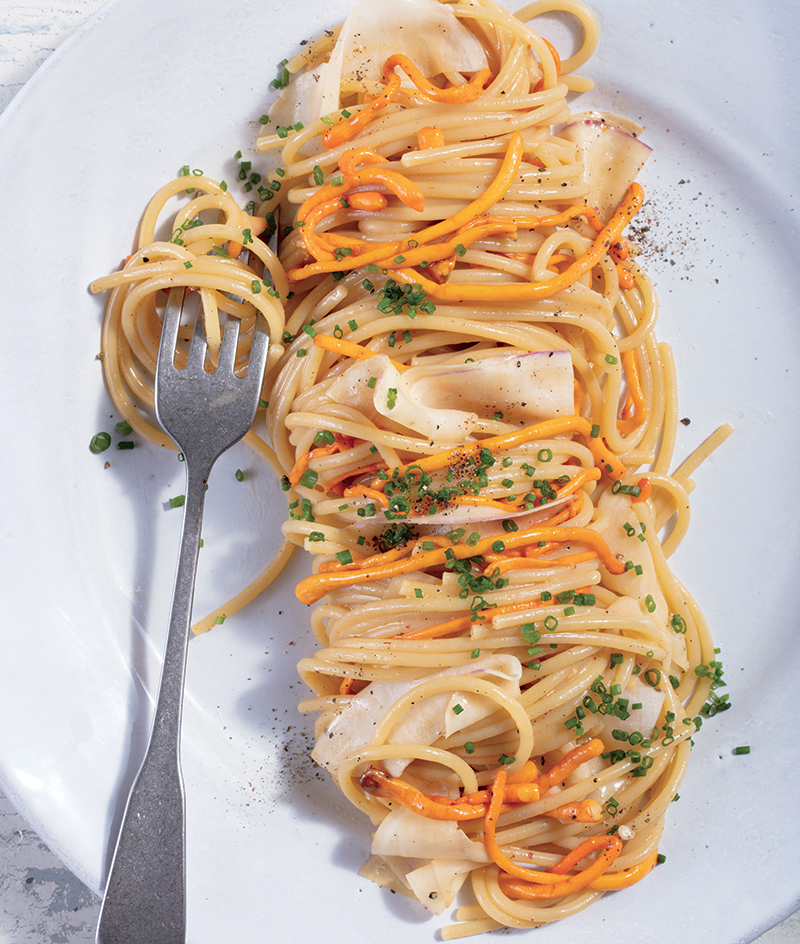 ❯❯ The application: Cordyceps with Spaghetti

❯❯ The mushroom: cordyceps and porcini

❯❯ Why it works: “Cordyceps have a vibrant orange color and a great texture that mimics a spaghetti noodle when they are slightly wilted. (They) provide a great savory, umami flavor with a slight nuttiness and chewiness. They are just so much fun to eat. Don’t cook them for too long. They are delicious raw, but I prefer them slightly wilted in a pan sauce.”

GO FOR A SANDWICH

❯❯ The dish: Chicken-Fried Hen of the Mushroom Sandwich

❯❯ The mushroom: hen of the woods.

❯❯ Why it works: “Mushrooms are the most amazing natural meat substitutes. Their texture and natural ability to absorb flavor make them a perfect choice. We marinate the mushrooms in a cayenne-spiked buttermilk to give them that Southern-fried-chicken flavor, then dredge them in flour and fry them just like the real thing. We make our own sweet-and-sour pickles and Alabama-style white barbecue sauce. The sandwich is finished with a locally baked brioche bun and classic American cheese. I really like the play on words ‘chicken-fried hen of the woods.’ It throws people off all the time ‘Wait, is this actually vegetarian?’ The texture when fried is amazingly similar to animal protein, and their flavor is super earthy and robust, so they stand up to the rest of the sandwich very well.”

GO FOR A DESSERT 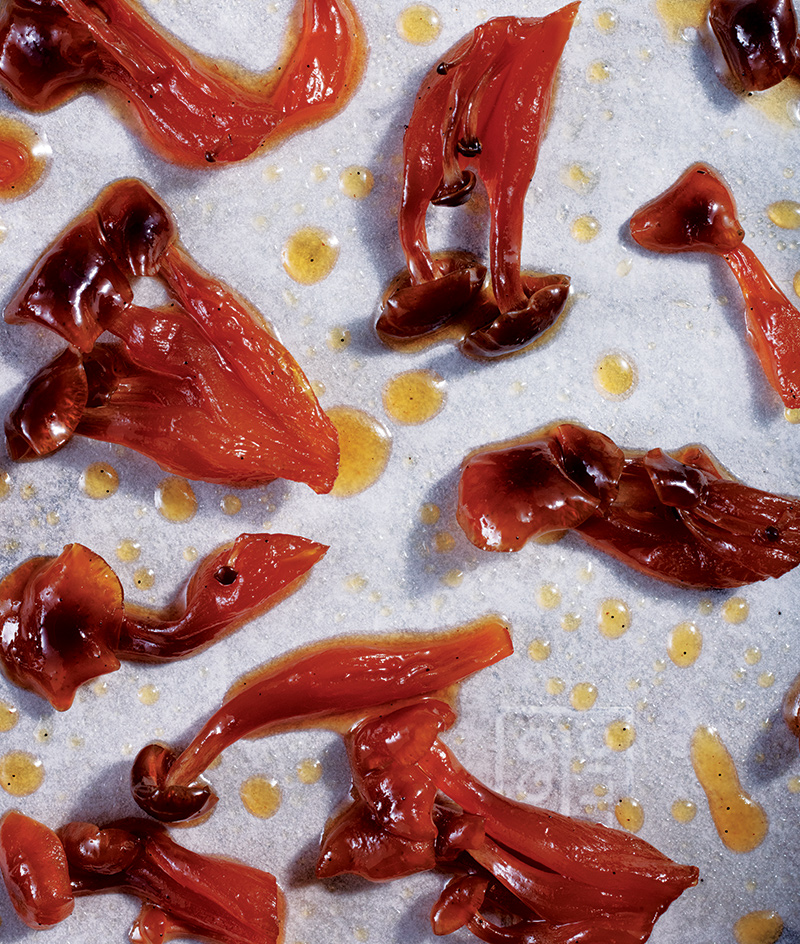 ❯❯ The visionary: Kate Sigel, who made the dessert when she oversaw pastry at the Thompson Hotel, Seattle

❯❯ Why it works: “They’re unexpected. I love the idea of using an ingredient or element that surprises the guest. Using an ingredient that is typically found in a savory dish, like mushrooms, is exciting to find where you’d least expect it, like a dessert. Taking it one step further and transforming that element into an actual sweet component just makes it that much more fun. Foraging is huge out here, so I wanted to give a nod to that and incorporate the idea into a dessert, presented in an approachable, playful way.”