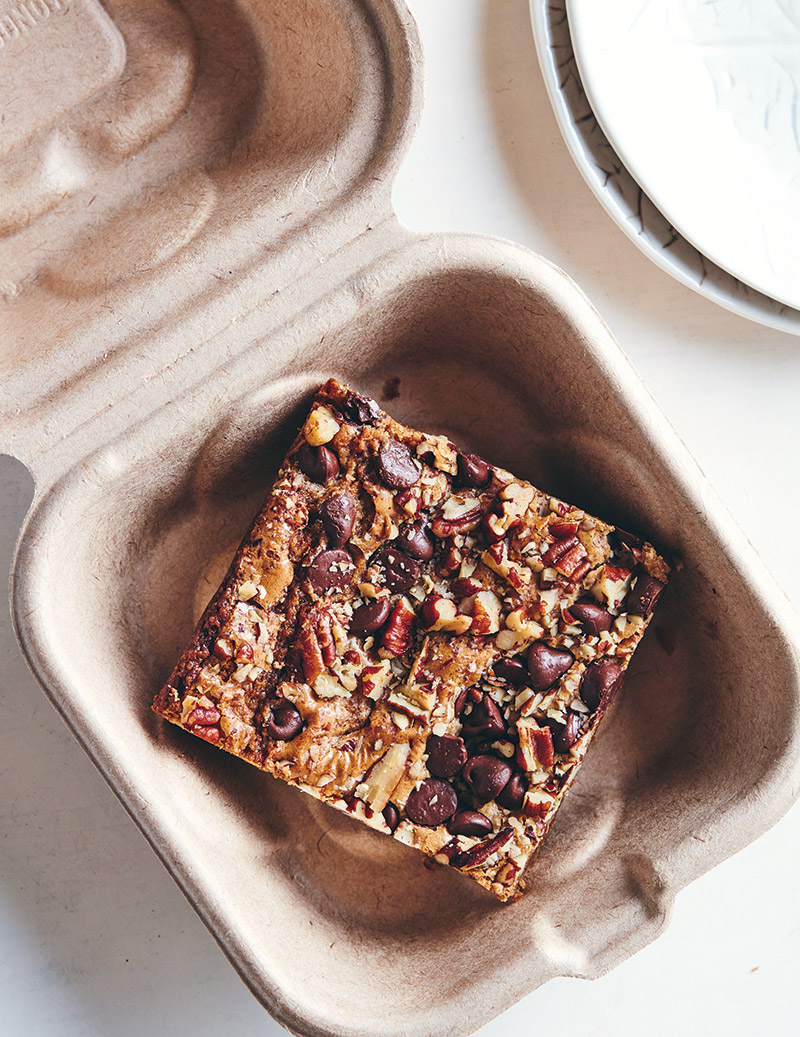 ► The rise of specialty diets – and the increase of chefs reporting intolerances of their own – should be enough to adjust the AP (all-purpose) flour bin. But omission is only part of the equation.

“AP flour is standard and consistent for baking, but on its own it lacks flavor and depth,” says Kaley Laird, pastry chef at Rhubarb, the Rhu and Benne on Eagle in Asheville, North Carolina. Emphasis on healthier eating, especially as research suggests a stronger immune system plays a role in fighting the new coronavirus, is leading to greater interest in better-for-you flours. But truth be told, chefs are all about flavor, texture and cost first. If it helps tell their story, all the better.

Alternative flours provide more bang for your buck – and a rising number of local mills are grinding locally grown grains, delivering specific health, flavor and texture attributes. They also help chefs highlight their region’s history. Benne is named after the sesame-like seed flour that was once a staple of the Appalachian African American community, so Laird regularly uses it in her work.

“We want to take these flours out of the health realm and put them in the sexy restaurant cuisine realm,” says Edward Lee, whose restaurants speckle Louisville, Kentucky, and Washington, D.C. “These flours are really fun to work with, and they make your food taste better.” 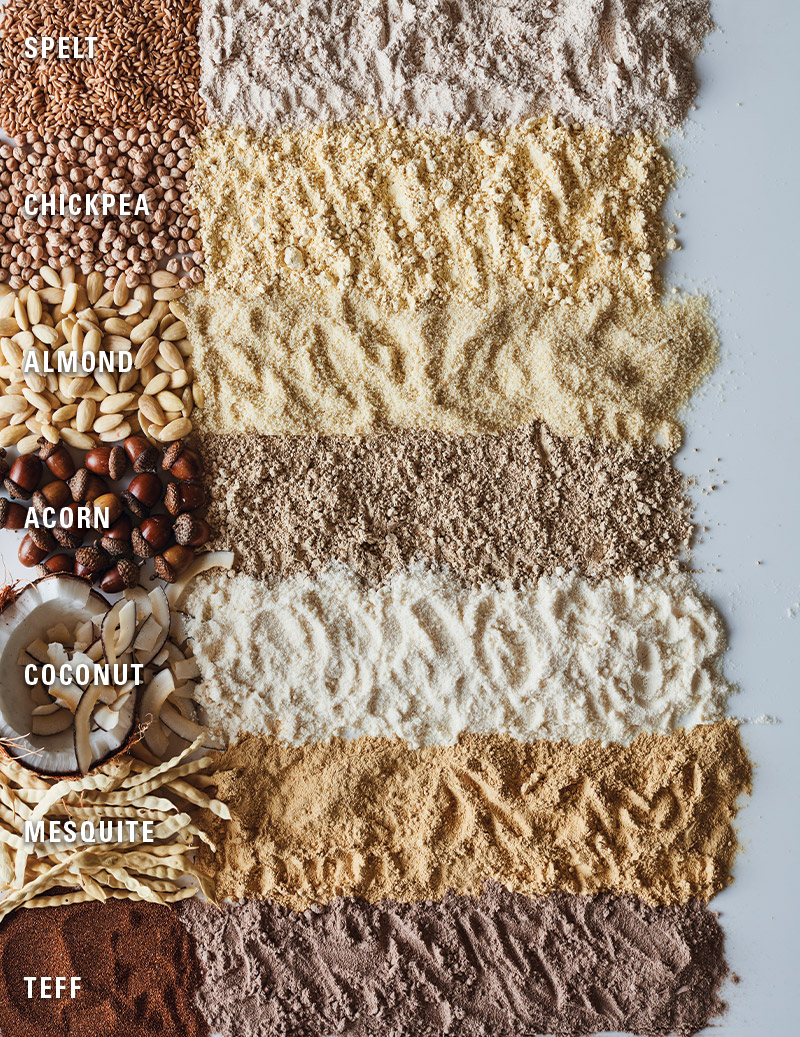 » What it is: Unlike rustic almond meal, almond flour is made from finely ground blanched almonds with the skins removed.

» How it’s applied: It’s the primary ingredient in French macarons and Italian cookies like biscotti, ricciarelli and pasticcini.

» Why it works: At Bayou Bakery in Arlington, Virginia, Chef David Guas folds almond into AP flour for his pâte sucrée and pate brisée crusts. “It adds bite, as you can taste the finely ground nuts,” he says. “And as it takes on color and then dries out, it offers a nice aromatic flavor and finish.” High in sweet oils, toasting before use adds a deeper caramel dimension.

» Considerations: With zero ability to bind, another flour or egg is needed for structure. The oils go rancid if not used in time. Not an option for nut allergies.

» What it is: Milled dried coconut meat.

» How it’s applied: Pastry applications benefit from the flour’s natural sweetness and fine texture, easily subbing into cake and cookie recipes. Its natural creaminess also works for setting up dairy-free panna cotta. Chef Nicholas Elmi of Laurel in Philadelphia says the flour absorbs liquid and dehydrates well, referring to torched meringue. “And you don’t have to add a tremendous amount of sugar.”

» Why it works: Sweet, creamy and light, this powerhouse flour is ideal for gluten-free, dairy-free and low-sugar applications.

» Considerations: Coconut can have four times the fiber of whole-wheat flour. “If you baked a cake two days ago, it’s now going to be super crumbly and dry, even if you altered your ratios since coconut flour absorbs liquid,” warns Laird of how it sucks moisture. Increase liquids and fats accordingly.

» What it is: Flour ground from both the pods and beans of mesquite wood trees.

» How it’s applied: Mesquite was once a staple of the indigenous tribes of the American Southwest, says Steve McHugh of Cured in San Antonio, Texas. “I use it as a flour, as a sugar and as a spice,” he says. Unfolding notes of vanilla, cinnamon, cocoa, coconut or graham, it has a little bulk and works particularly well in blondies, which don’t require much structure and lean towards caramel-like flavors. It also adds warm spice, but not bulk, to cornmeal porridge, moles and caramel sauces.

» Why it works: The obscure mesquite shocks in its intensity, history and versatility. “It’s like nothing I’ve ever tasted before,” McHugh says, adding that it entices locals and food nerds who think they’ve tried it all. “I think people are starting to pay attention.”

» Considerations: Mesquite can be bought online from Peruvian and Argentinian producers, but McHugh orders from Barton Springs Mill outside of Austin, Texas, one of the few mills grinding locally foraged mesquite beans. 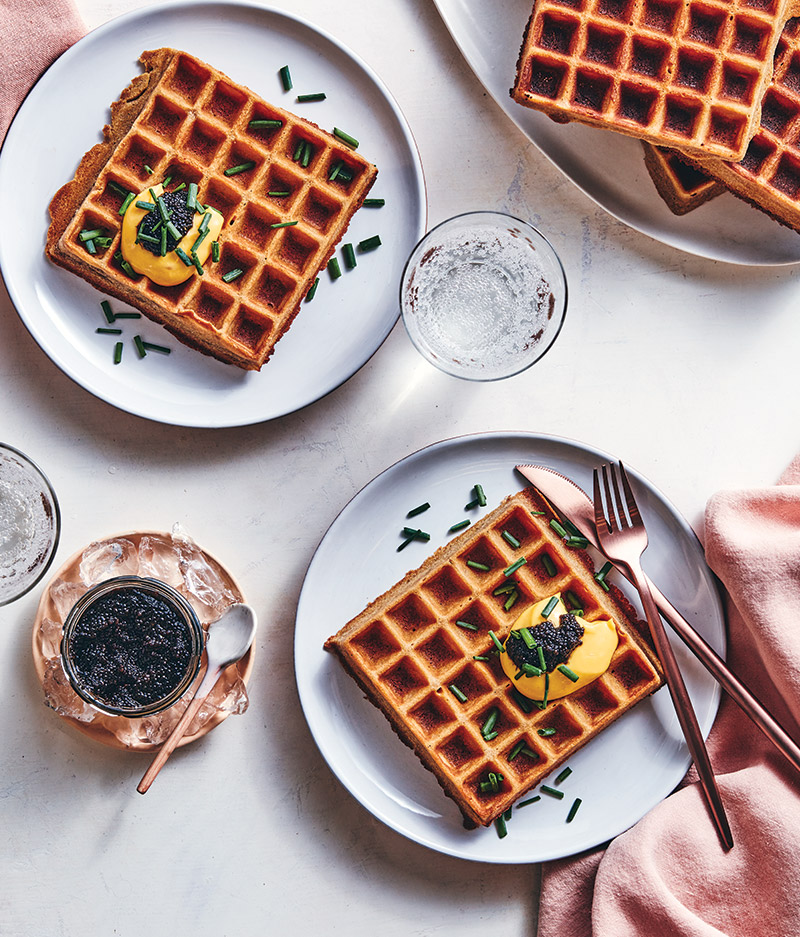 » What it is: From oak trees, acorns are leached of their bitter tannins before the nutmeats are finely ground.

» How it’s applied: Once a staple of several Native American tribes, acorn was used interchangeably with cornmeal. “Down here, they made acorn cakes,” Elmi says referring to the Lenape trail where Philadelphia crosses. Acorn adds rounded notes of sweet vanilla and slightly bitter hazelnut to his malted acorn waffles, balanced with whipped egg yolk, vinegar and maple, and topped with caviar.

» Why it works: Because it’s dense and crisps well, acorn makes a flavorful flour for frying chicken and incorporates well into strongly flavored recipes. It also teaches diners about local history and sustainability.

» Considerations: Not many local mills grind acorn, but it’s available online. Because of its density, only use acorn in recipes that fully bake out; underbaking delivers a pasty texture. 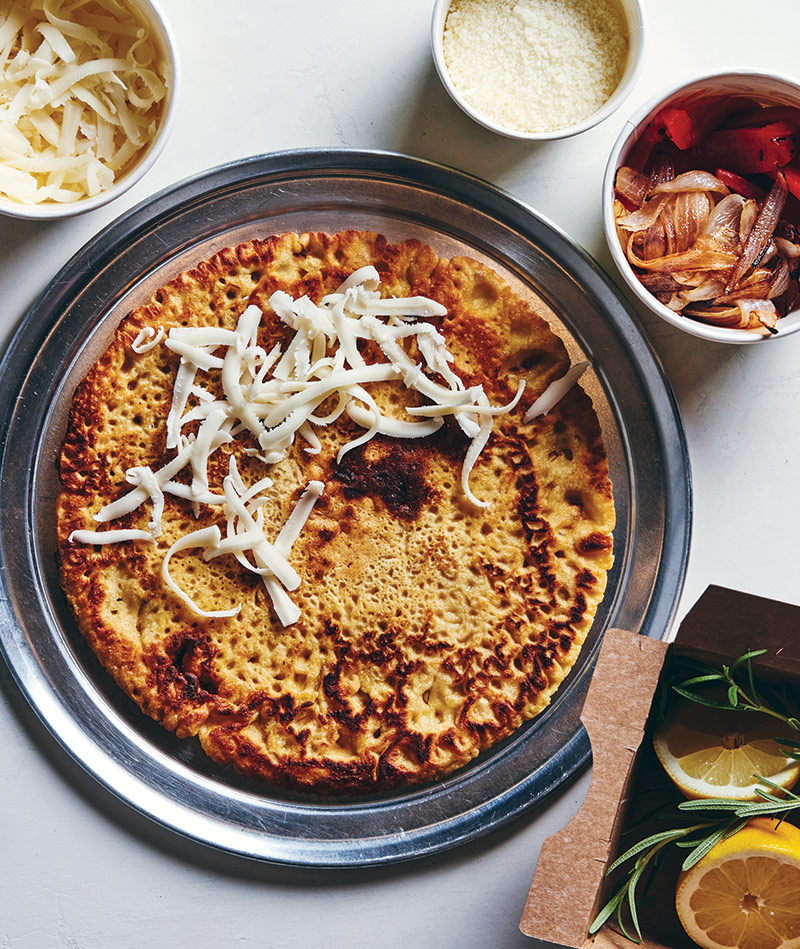 » What it is: Also called besan or gram, this legume flour provides body and bulk.

» How it’s applied: A staple in Middle Eastern and Indian recipes, chickpea makes for a tangy, savory flatbread called socca in both France and India, and farinata in northern Italy. “The natural proteins ferment really well, and that fermentation acts as your rising agent,” says Chef Hillary Sterling of Vic’s in New York, who keeps a seasonally rotating farinata on her menu. When that fermentation hits a flaming hot pan, the center fluffs while the edges reach a crisp that holds up to massively flavorful toppings.

» Why it works: Chickpea is dense, so it easily binds crepes and crackers, and thickens soups and sauces without thinning flavor. It holds its own in high heat, so chips fry with ease.

» Considerations: “Chickpea flour can be abrasive on its own,” warns Laird of using it in sweet applications or those that need a gentle crumb. 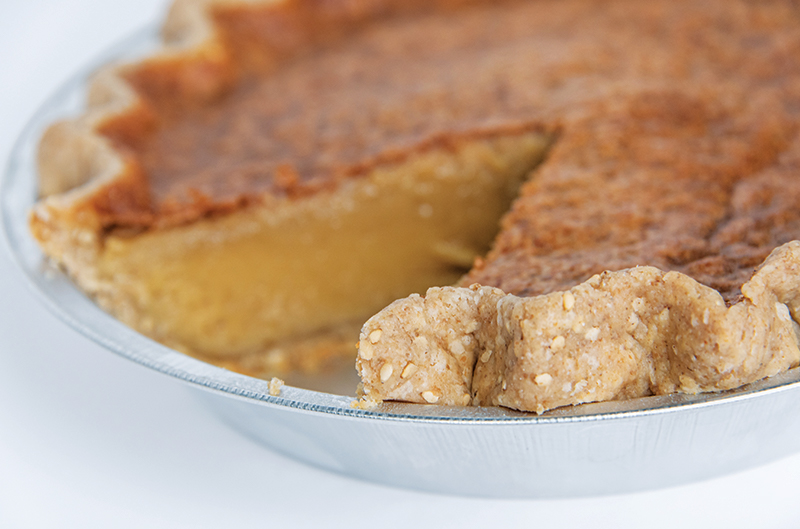 Benne: Adds earthiness and a fatty richness reminiscent of a subtler whole wheat or rye. Saltiness and bitterness emerges if used with too strong a hand; watch blending ratios.

Rye: The workhorse of beers and sourdough breads, adding rye to menu items makes a familiar whole-grain adjustment for diners. And with flours ranging from light to pumpernickel-dark, intensity can be adjusted accordingly.

Spelt: Think of spelt as a softer and subtler whole wheat with a finer grain, making it an easy swap for AP or bread flour.