Influenced by the individuality within their multicultural food, Filipino-American chefs are moving their food into the spotlight by leveraging modern cooking techniques and local ingredients.

Drawing culinary inspiration from China, Malaysia, Spain and Mexico, this melting pot of a cuisine is gaining momentum – and it’s about time. Although Filipinos, according to the U.S. Census Bureau, are the second-largest Asian group in the United States behind only the Chinese, Filipino restaurants are far from ubiquitous.

Making a splash across the country, Filipino flavors are gaining favor everywhere from pop-ups and street food spots to fast casual and fine casual concepts. And their influence is expected to grow.

Making a splash across the country, Filipino flavors are gaining favor everywhere from pop-ups and street food spots to fast casual and fine casual concepts. And their influence is expected to grow.

Amy Besa, chef-owner of Purple Yam in Manila and New York City, categorizes Filipino cuisine in two ways: “Food that was always ours and food that was borrowed and made our own.”

“Food that was always ours were dishes that Filipinos came up with from what they saw in the environment,” says Besa, co-author of “Memories of Philippine Kitchens.”

“Methods that are ours would be grilling (sugba), steaming and baking in makeshift ovens (low heat below and high heat on top with hot coals piled high over a cover). Two major sources of foreign food influences were pork-oriented: Spain and China.”

Along with adding umami to proteins commonly available in the Philippines, these are pragmatic preserved foods for a tropical climate. Acid, though, is the real powerhouse.

“In the Philippines, sourness is a major protagonist. It is up there, front and center, driving the profiles forward,” Besa says. “If you look at cuisines from other cultures, sourness plays a supporting character role, indispensable working in the background to mitigate sweetness, saltiness or too much oil, but never claiming top billing.” 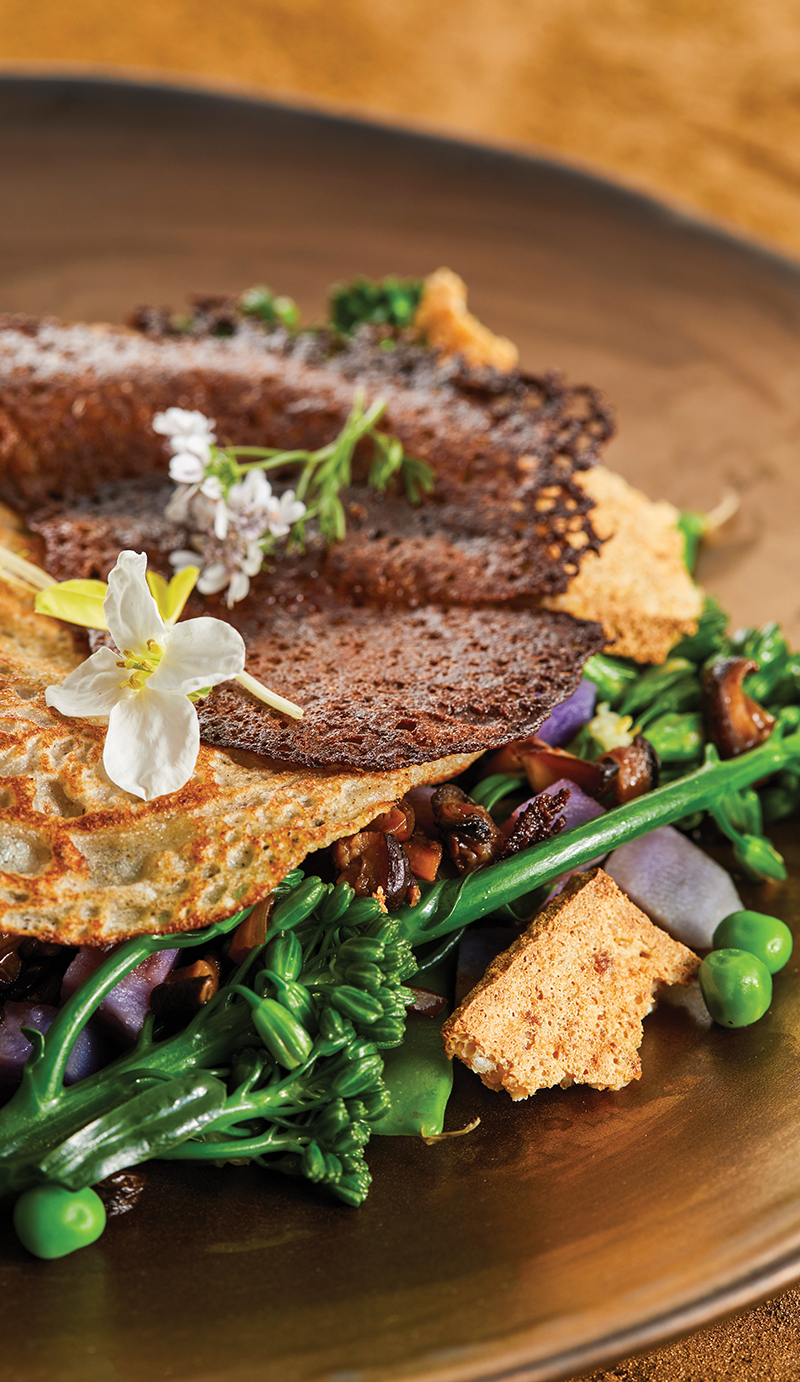 Multiple research trips to the Philippines have deepened Chef-Owner Nicole Ponseca’s appreciation and understanding of the cuisine. She sees a correlation with American soul food in dishes like fried chicken and stewed greens, which she brings to her gastropub Jeepney and bistro Maharlika in New York.

Knowing who you are and where you’re from makes the food authentic, Ponseca says. “Filipino food is a gold rush right now, but for those who want to make an impression or have something to say about it, should err against making it trendy. That was never our goal.”

Techniques like sous vide – which would be challenging in the Philippines, where refrigeration is sometimes scarce – are being adapted stateside to maintain the integrity of ingredients. Subtler seasoning and flavors from other cuisines are also evolving classic dishes.

Getting the Word Out

Chef-Owner Aris Tuazon of Ugly Kitchen in New York says shows like “Fear Factor” and “Anthony Bourdain: Parts Unknown” have helped destigmatize, and even popularize, dishes such as isaw (fried pork intestines served with soy sauce and vinegar). Customers now flock to Tuazon’s restaurant to try balut (cooked underdeveloped duck embryo), which he referred to as his “ugly duckling” dish on his menu.

Social media and the popularity of street food and pop-up restaurants have exposed diners to bold, modern versions of classic dishes. At his Portland, Oregon-based pop-up restaurant, Twisted Filipino, Chef-Owner Carlo Lamagna serves a riff on kilawin, a Filipino version of ceviche with local steelhead, roe and serrano chilies.

Chef-Owner Christina Quackenbush spent two years building a following in New Orleans with pop-up restaurants before opening her first brick and mortar restaurant, Milkfish, in 2014. The restaurant closed after a two-year run, but she maintained momentum by returning to pop-ups. Her next project, Saint Malo, merges two heavily fused cuisines: Filipino and Creole.

“(Saint Malo in) New Orleans is the original Filipino settlement in the U.S.,” she says. “I want to represent the area here, how it can come together and be even more delicious.”

But winning over American diners isn’t the biggest challenge. “The Filipinos are the toughest audience,” Lamagna says. “You’re playing with fire because you’re manipulating memories. The younger generation is more open to it because they are used to it.” 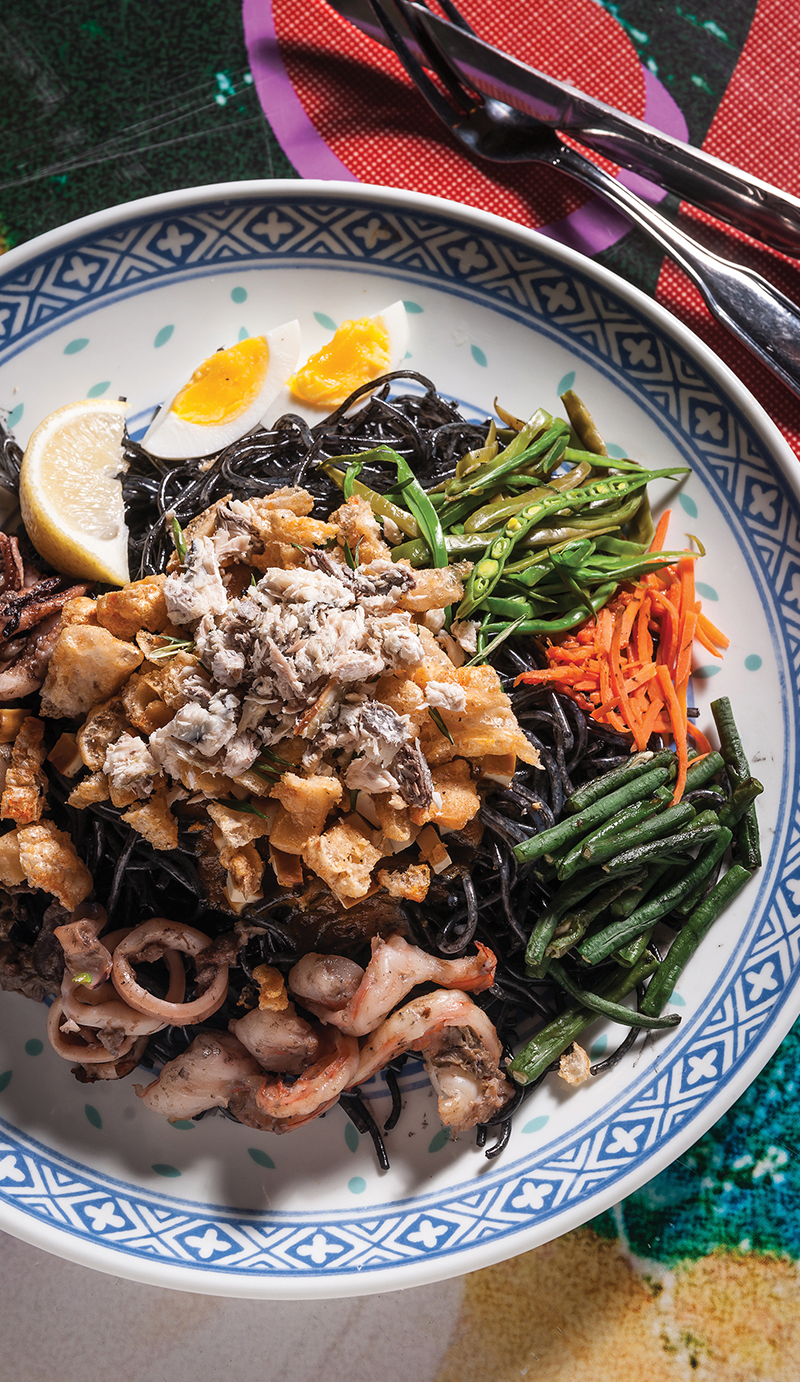 Food truck Senor Sisig built a cult following in San Francisco for its mashups of sisig-spiced pork, chicken and tofu served in burritos, tacos and nachos. Jollibee, a fast-food import from the Philippines, has exploded onto the national dining scene with 37 locations scattered throughout the Midwest, Southeast and California.

On the fine casual restaurant side, it’s hard to keep up with all the new openings. Bad Saint, a buzzy Washington, D.C., destination, nabbed a finalist spot for the 2017 James Beard Awards, while Filipino barbecue has landed in Brooklyn, New York, at a spot called F.O.B. After a long run of pop-up events, Los Angeles-favorite Lasa has landed a permanent home.

Based on his own success of two bi-coastal Filipino concepts, Tuazon expects interest to continue. “In the next three to five years, Filipino cuisine will be recognized like Chinese or Japanese or Vietnamese,” he says.

Amy Sherman is a San Francisco-based writer, recipe developer and author of several books. Follow her on Instagram @cookingwithamy.