Restaurants serving canine companions are no longer diamonds in the ruff. Sure, the pandemic’s increase in outdoor dining spaces and to-go meal kits has encouraged growth. But customers have long been loyal to restaurants that welcome furry friends. 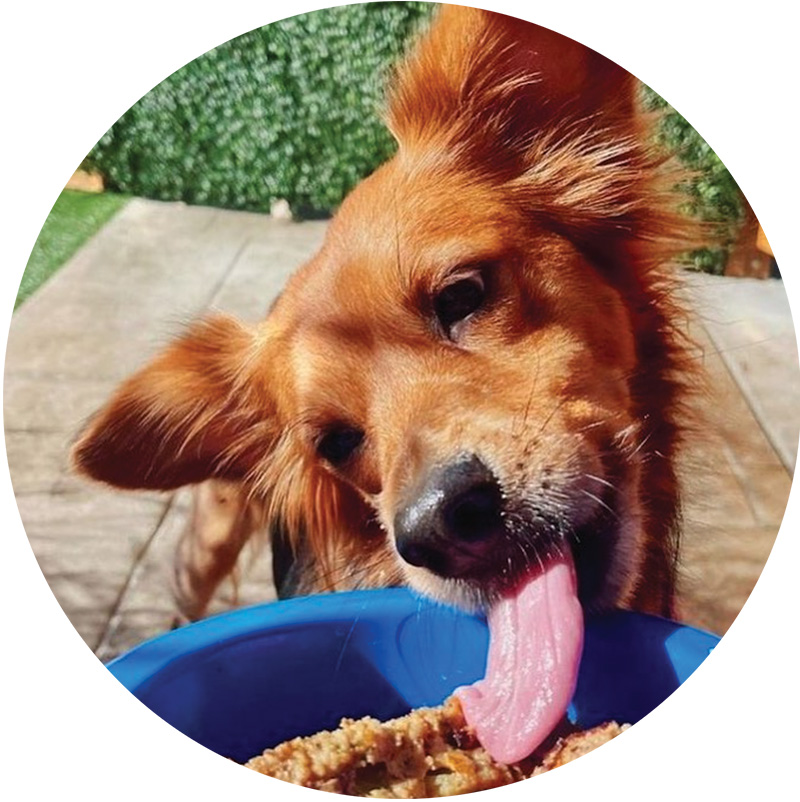 But let’s cut to the chase: What modifications to the menu, space, safety and service would increase the pool of customers to sit, stay and be merry? Take in some trends and tips from these leaders of the pack.

About seven years ago, Minnesota-based Craft & Crew Hospitality started offering a dog menu. “It led to this whole new niche that resulted in more people knowing us as a great neighborhood restaurant,” says co-owner Luke Derheim. Today, all six locations, including The Howe Daily Kitchen & Bar in Minneapolis and Pub 819 in Hopkins, Minnesota, offer a three course dog menu. Appetizers include bones sourced from a local meat market, entrées like a ground turkey Muttloaf® and Pup Cream for dessert – a blend of bananas, peanut butter and coconut oil topped with whipped cream and a pup cookie. There’s also the Muttloaf® with brown rice and vegetables. It became so popular that Craft & Crew trademarked the name. 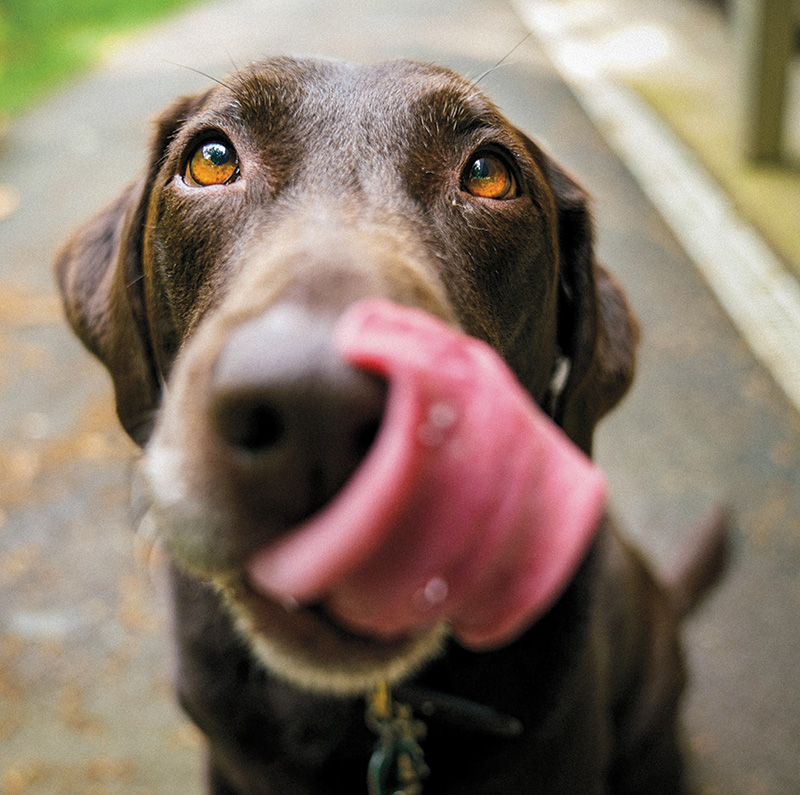 At Norm’s Eatery in Seattle, a $6 chicken or beef veggie dish is called a Bow Wow Bowl. At Art and Soul in Washington, D.C., A-Woof Con Pollo of chicken, rice and vegetables runs for $10. The peanut butter frozen treat? A Pupsicle.

Doggie dining can also take an upscale approach. At Lobster Bar Sea Grille in Fort Lauderdale, Florida, pups can feast on an $18 filet mignon served with potato mash and jus, and wash it down with a Dirty Dog Martini (filtered water and jus). In New York City, The Wilson offers pups grilled steak for $24. They even have a “spa day” menu that includes housemade dog biscuits and a Pupsicle made from pumpkin, banana, peanut butter and coconut oil.

A PLACE TO SNIFF AROUND 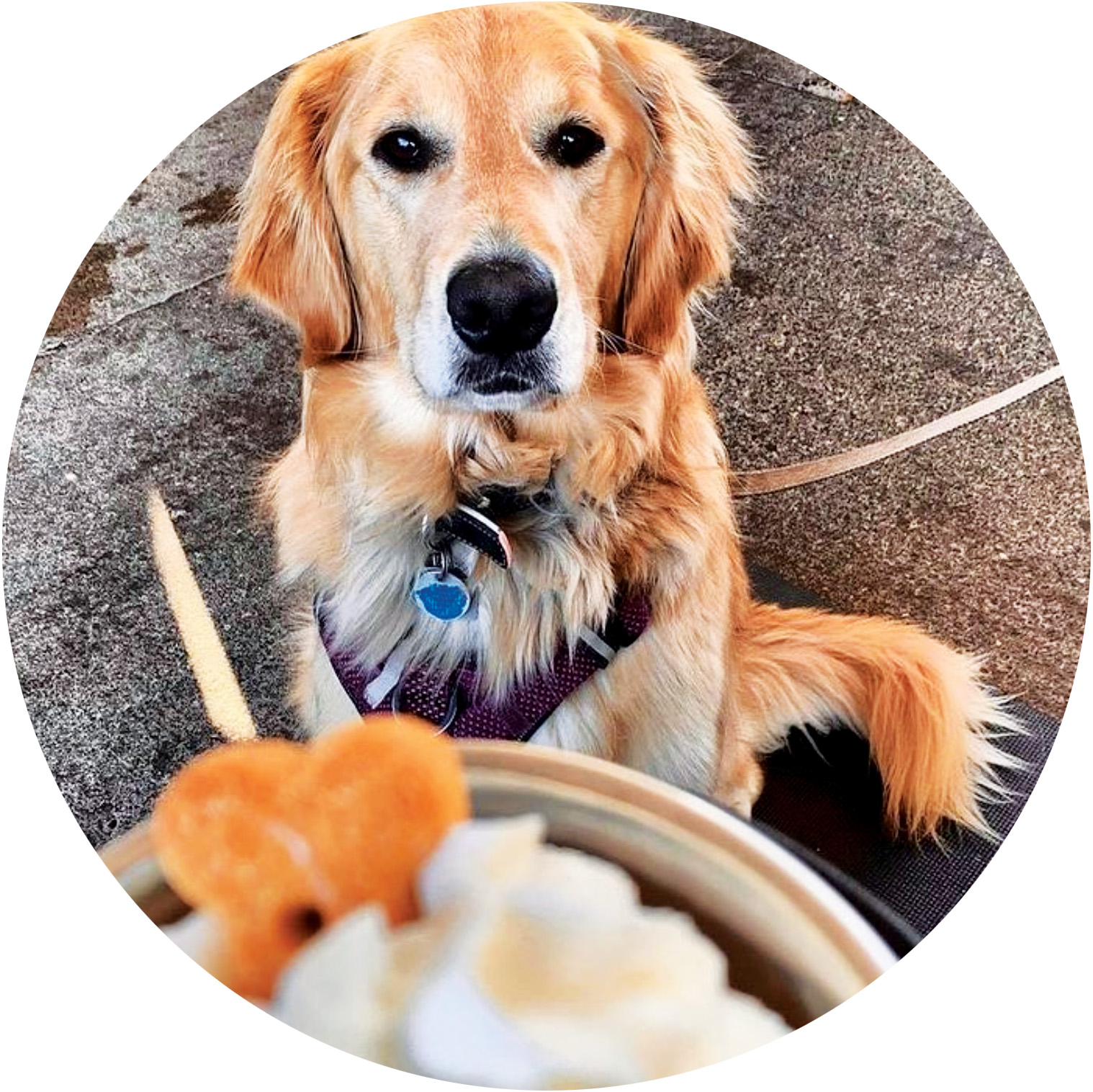 At Craft & Crew, dogs are welcomed outdoors with a yoga mat, water, a complimentary housemade Vanilla Woofer and heated floors that keep their paws toasty during brutal Minnesota winters. Designing the trademarked Pawtios® areas means the loss of a table or two. But the investment has been worth it. “I don’t think that we would do the volume of sales at all of our heated Pawtios® if it wasn’t for the dog menu,” Derheim says. “It’s helped all of our brands continue to grow – even in the winter months, where similar concepts see a large drop-off.”

Small touches make an impact, too. Set by the ocean in Northern California, Moss Beach Distillery’s patio perches pet friends on fluffy dog beds. The staff at Mayfel’s in Asheville, North Carolina, are known for being extra loving with dog customers, bringing them water bowls. And at Lucy’s in New Orleans, staff usher canines inside – not just on the patio – and cool down hot doggies by giving them bowls of crushed ice water.

Staff at Craft & Crew are trained to care for the dogs on par with their human guests. Each location has a designated dog ambassador to ensure they’re well-stocked and ready to welcome.

Most dog-friendly operators host dog birthdays complete with cakes and singing. But celebrations can carry further. At the Watering Bowl in Denver, officiants oversee “Bark Mitzvahs” and dog weddings. The Wilson hosts a popular Puppy Bowl in January and a Santa Paws Brunch complete with a Santa for pup photos and treats.

Offering their Pawtios® as event space for local pet rescues has helped Craft & Crew further connect with the community.

Collaborations extend to sales of services and merchandise, too. The Wilson has partnered on events with Bond Vet and Paw Originals Pet Supplies. At Tin Shed Garden Café in Portland, Oregon, proceeds from signature dog bandannas benefited Street Dog Hero – a nearby rescue – while offering customers 50% off their next dog menu purchase.

“IT LED TO THIS WHOLE NEW NICHE FOR OUR COMPANY THAT RESULTED IN MORE PEOPLE KNOWING US AS A GREAT NEIGHBORHOOD RESTAURANT.”

“Dog parents are very vocal,” says Sorenson. “When they find something that they truly love for their dogs, they tell everybody. And then you’ve got them.”

BARK UP THE RIGHT TREE 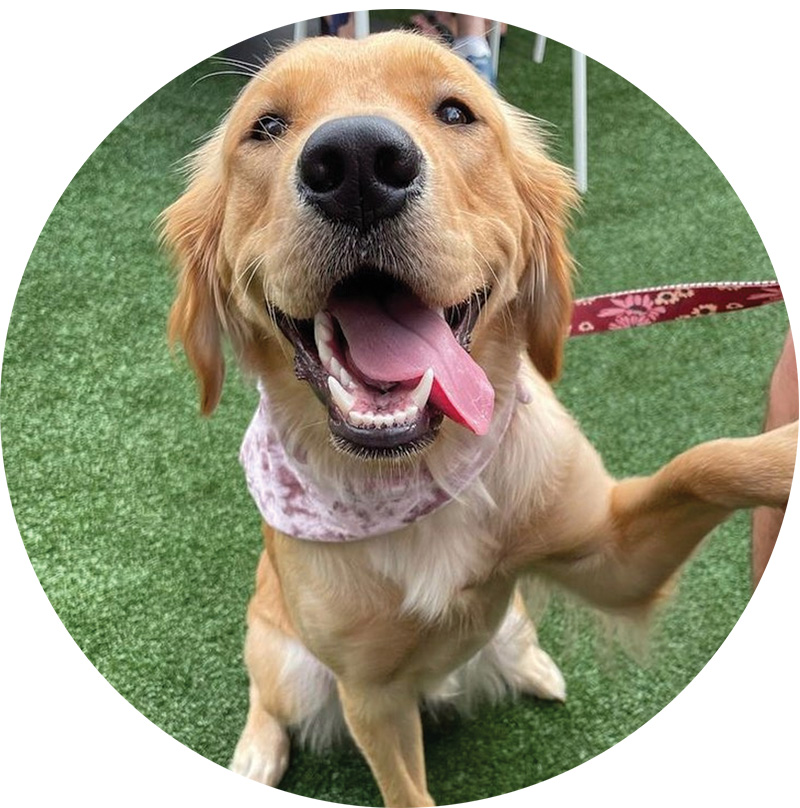 Sanitation may seem obvious, but what about customers who don’t want to sit near tail-wagging, friendly but overeager Rover? And how are dog fights handled? Operators say it begins with a plan and protocols for staff and guests that include preventing and remedying problems. That would include removing unruly dogs immediately, designating a part of the patio for dog diners only, and clearly communicating to customers on the website, social media and on the menu that the restaurant allows dogs on the patio. It’s also imperative, Derheim says, that dog owners understand that their pet demonstrates good manners. “Honestly, dog owners don’t bring their pet with them if they can’t socialize properly, so we don’t typically have such problems,” he said.

Each state dictates whether dogs are permitted in restaurants. Most only allow service animals inside, and all dogs must be kept on a leash. But 17 states say it’s OK for pups to accompany their human for outdoor dining. Local government – cities and counties – can enact such ordinances and laws; in many cases, approval can be as simple as rallying local officials. Some municipalities require a permit, so be sure to ask the local and state department of health.

Concerns center on sanitation and canine behavior, which means establishing protocols with staff and expectations with customers on how to handle mishaps, and those who don’t want to sit by someone’s pet.

Craft & Crew staff are schooled to double down on hand washing when interacting with dog customers. “It’s really important that we preach that from a sanitation standpoint – we really have to be careful on that,” says co-owner Luke Derheim.

For a list of states and more detailed information, visit the Animal Legal and Historical Center at Michigan State University, animallaw.info.