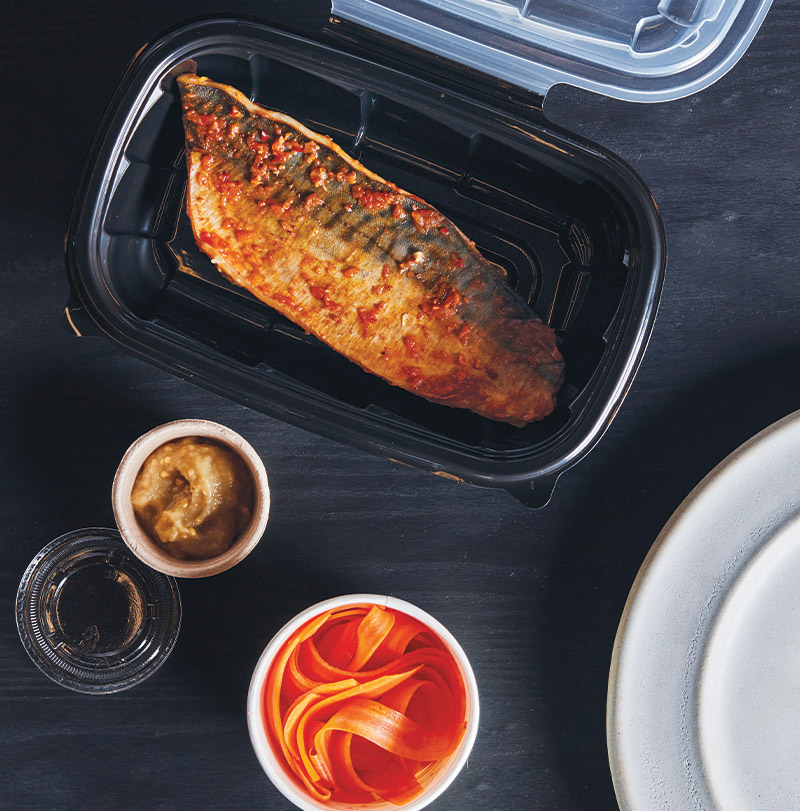 Hansik, or Korean food, relies heavily on fermentation. Jangs, Korean sauces and pastes made from fermenting soybeans, are the foundation of the cuisine, giving Korean food its unique taste, distinct appearance and health benefits.

The jangs have a depth and complexity that develops with time and traditional Korean fermenting techniques. Gochujang (red pepper paste), doenjang (soybean paste), and ssamjang (roughly translates to paste for vegetable wraps) have distinct tastes – but all are incredibly versatile, enhancing and enriching just about any food. Take cues from these three Korean and Korean American chefs.

» The Visionary: Chef/Co-owner Chunghoon Jeong and co-owner Bill Jeong of Paju in Seattle 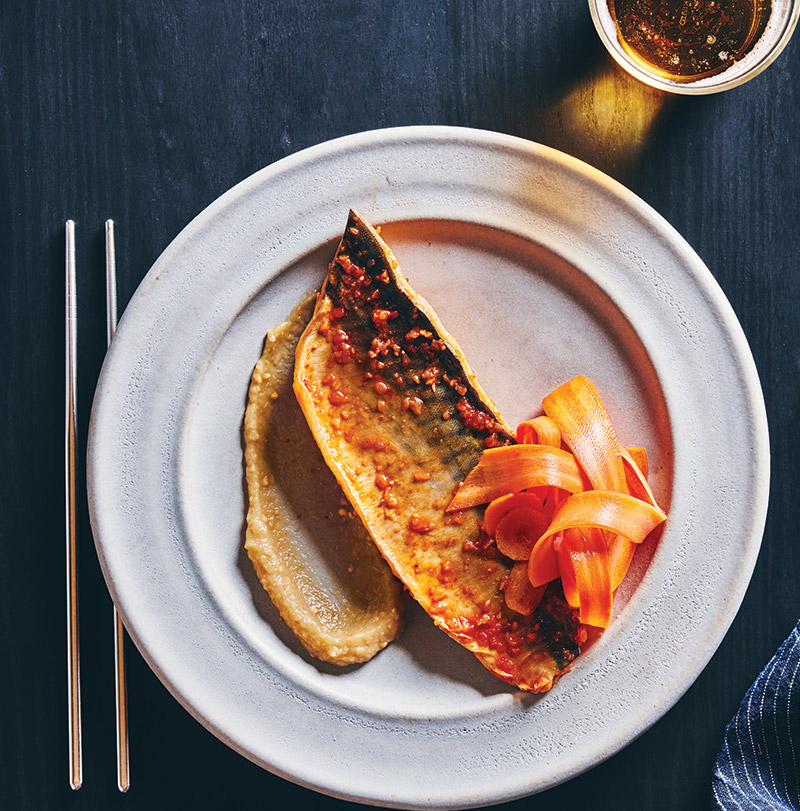 » The Application: “Gochujang is different from the other traditional jangs in that there is a delicate sweetness to it, while still having this robust spiciness that often defines Korean food today,” says Bill Jeong. “It’s also so red, which really gives some Korean dishes that color. All the jangs are the main players in our cuisine here at Paju, whether it’s a base for our stews or the key ingredient for the sauce we toss our sweet chili Korean fried chicken wings in.”

» Why it Works: “One of the main ingredients in gochujang is rice powder, so as it ferments with the other ingredients, a sweet taste from the glucose emerges. The spicy, sweet and savory flavor is so unique and can be used in so many different ways,” Bill Jeong says. “We love to use it in our stews to bring back the flavors we grew up eating at home, but we also like to take a more modern approach by mixing gochujang with ketchup for a sweet and tangy taste, or for our favorite street food snack, tteokbokki, Korean rice cakes.

Godeunguh-jorim, braised mackerel stew, is one dish that takes us back and it makes us so happy that it was embraced here in Seattle. The gochujang works due to its refreshing spicy taste that pairs well with seafood, yet it’s still comforting when the weather cools. “The slight sweetness from the gochujang lingers on the tongue even after you’ve swallowed the last bite of rice,” says Jeong. “We just can’t get enough of this dish.”

» Ideas for Riffing: Pairs well in tomato sauces for pasta or pizza or as a base for stews, soups, stir-fries, vinaigrettes and salad dressing. Works as a dip for crudités, a sauce for rice cakes and as a marinade or rub for grilled meat and fish. Add to rice or noodles or to make chojang, a sweet sauce often served with hwe, Korean raw fish. Include it for pickling vegetables.

» The Visionary: Chef Andrew Lim and owner Thomas Oh of Perilla in Chicago 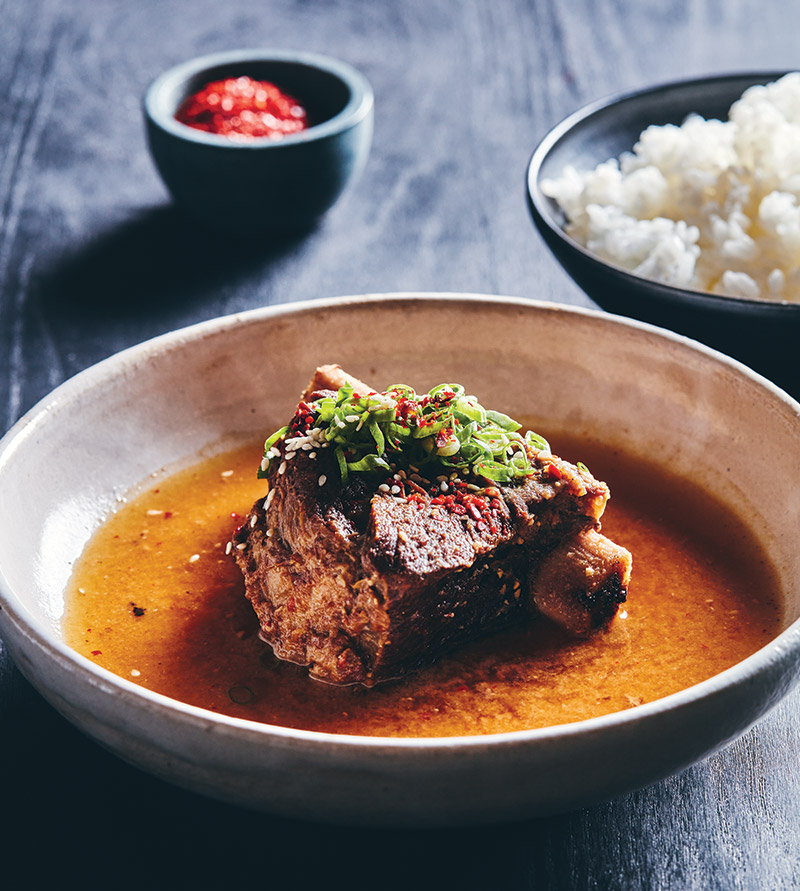 » The Application: “We use doenjang for the Korean classic soybean stew (doenjang jjigae) and also in certain banchans (small dishes, such as perilla leaves marinated in chilies, garlic and doenjang). Pre-pandemic, we had table-side grilling available for our guests, and we do a version of it now on our outdoor patio, which includes ssamjang (doenjang is an ingredient) as part of the meal. Oftentimes, our guests like to cook their meats without any marinade or seasoning on them, so the jang on the side acts as a nice punch of savory, sweet and salty,” Lim says.

» Why it Works: “The doenjang in the braised beef works because the doenjang is packed full of salt and umami, elevating the flavor of the meat. The long preparation ensures that the doenjang really works with the juices while eliminating the gamey smell of fat. The braised beef just melts in your mouth while bringing out the sweet, sour and salty notes of the doenjang from the fermentation. Doenjang alone is very savory, and once cooked, there is a lot of depth and flavor that wasn’t there before. A lot of Korean food is unique and special in this way, because of the addition of the most important and underappreciated ingredient: time. To the untrained nose, the smell can be considered ‘atrocious.’ But for those who grew up with the smell of fermented soybeans, either simmering in the kitchen or lingering from clay pots in the back room, the funk, the pungency and the delicious aroma is home,” Lim says.

» Ideas for Riffing: Use it as a base for stews, soups and stir-fries or as a rub for grilled meat, fish and roasted vegetables. Works as a dip for crudités as well as a seasoning for mayonnaise and compound butter.

» The Application: “Ssamjang is one of the most delicious sauces ever, period. It has such a depth of flavor and savoriness that is incredible and hard to replicate in most cooking. It’s a flavor that can be described as bold and super savory, but one must experience it themselves to really understand why this sauce is such a favorite. Jangs are fundamental to Korean cuisine, so I use it often in my food at home, whether it’s for banchans (Korean side dishes), stews, rice, or meats.”

» Why it Works: “Most of the complexity of ssamjang comes from the two main components of the sauce, gochujang and doenjang, which are created using traditional Korean fermentation methods. In contrast to Western techniques of flavor development that rely heavily on the Maillard Reaction, the complexity of Korean cuisine is driven by its multitude of fermentation techniques. Both gochujang and doenjang are savory bombs on their own, but imagine combining them together with nutty sesame oil, alliums and sesame seed. Here, the ssamjang works to bring together all the components of the dupbap (Korean mixed rice), playing with the umami of the mushroom, the nuttiness of the puffed rice and the sweet and sour notes of the pickles.”

» Ideas for Riffing: Use as a dipping sauce for crudités (traditionally cucumber and Korean chili) or serve on side with cooked meats. Excellent as a base for vinaigrette or as a dressing, as well as Korean lettuce ssam (wrap).

Doubanjiang in Chinese translates directly to “bean paste.” There are two types of doubanjiang: dark brown paste or red paste. The brown one is a sweet red bean paste, commonly used in desserts, whereas the red is a fermented paste made from soybeans and/or broad beans, flour, salt and chilies. This red paste is commonly used in Sichuan cuisine, as either a sauce, seasoning base or condiment. It’s very chunky in appearance, not like Korean jangs which have a smoother, silkier texture, and turn bright red when cooked in oil. Doubanjiang is closest to doenjang in color and spelling, but doubanjiang is much spicier, saltier and earthier.