► The dedication some coffee aficionados take to brewing the perfect coffee is akin to chefs creating a runaway hit or winemakers developing an exquisite vintage. 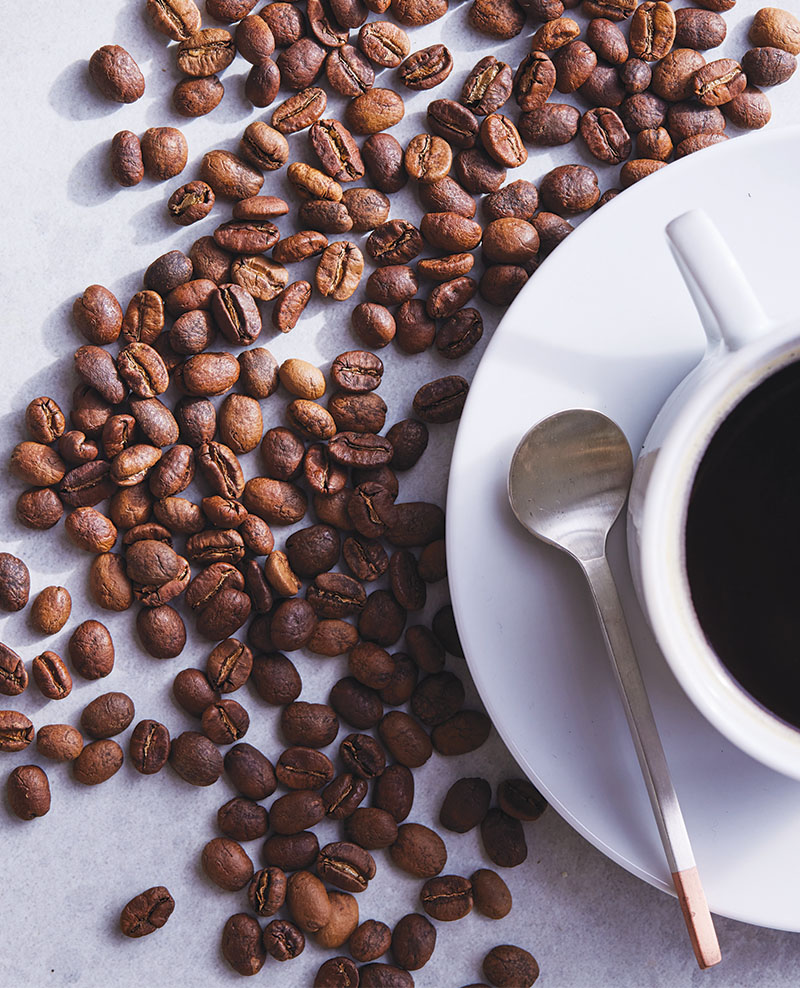 Coffee growers are now playing with an age-old fungus – koji – to bring something new to the market. It’s what’s used to make soy sauce, miso and sake, and the same process that’s set food and beverage ablaze in recent years: fermentation. In its nascent stages, koji-fermented coffee has roasters, brewers and anyone who wants to differentiate beverage offerings chomping at the bit to get it.

Much like using koji to ferment meats, grains or vegetables, it can add depth of flavor to coffee, and depending on how the beans are later roasted, sweeter or more savory notes become more apparent. Some roasters have found that koji brings out more umami flavors; others taste a subtle funk.

“IT’S FASCINATING TO SEE HOW THE TRADITION OF KOJI IS MEETING THIS NEW WORLD EXPORT. TO SEE HOW THESE TWO CULTURES KIND OF MELD, HOW THIS ANCIENT FOOD TECHNIQUE CAN BE APPLIED TO A MORE MODERN PRODUCT.“

“It’s fascinating to see how the tradition of koji is meeting this new world export,” says coffee industry consultant Christopher Feran. “To see how these two cultures kind of meld, how this ancient food technique can be applied to a more modern product, in this case specialty coffee, and how the synergy is almost alchemistic.” 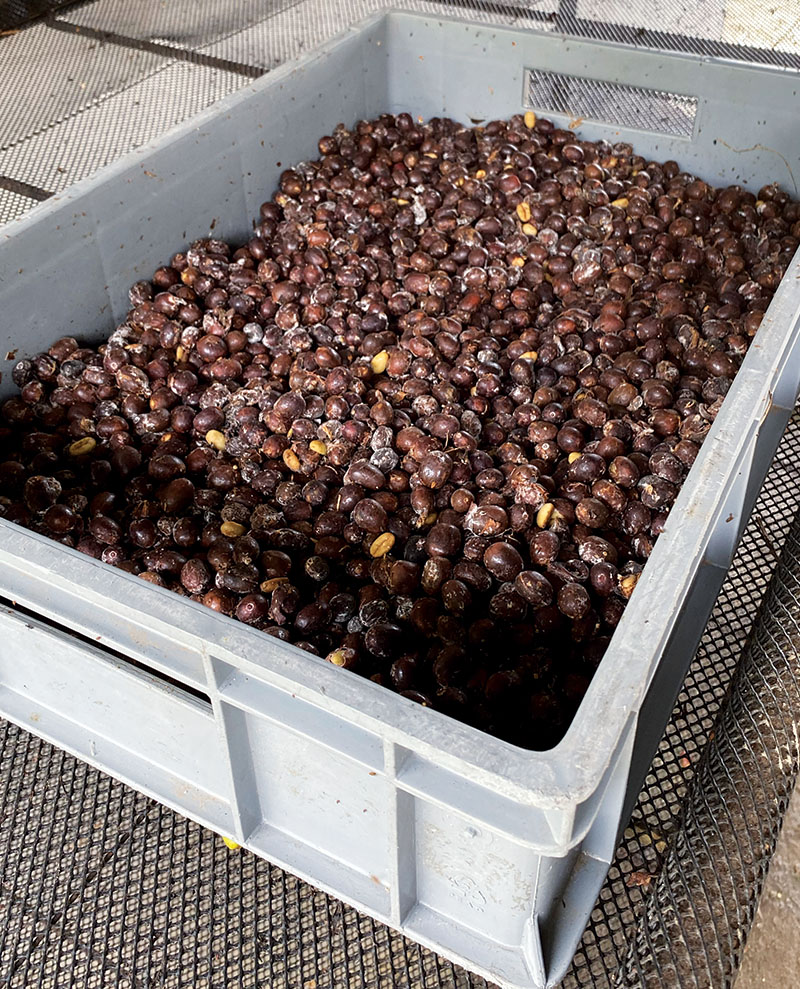 Coffee already goes through a fermentation process. After beans are picked and dried, they sit in water-filled tanks for up to 2 days, which allows naturally occurring enzymes to remove the slick layer of mucilage from the outer parchment. The grower would then apply koji to ferment the beans.

Once dried and milled, the coffee – now known as green coffee – goes to roasters. Roasters apply various techniques to bring out the beans’ natural sweet, chocolaty or savory notes.

Feran enlisted friend Jeremy Umansky, chef and owner of the James Beard-nominated Larder restaurant in Cleveland, Ohio, to help develop this new protocol. Along with Kaapo Paavolainen, a world barista champion, they connected with El Vergel Estates, a Colombian coffee grower to try this experimental technique. When the beans were introduced at the 2021 World Barista Championships in Milan, Italy, they found that coffee growers could raise the quality of beans without investing in expensive technology and potentially help struggling growers financially.

“We’re an industry-focused roaster, and it had a lot of mixed reviews from coffee people,” says Jon Allen of Onyx Coffee Lab in Arkansas. “It was either the greatest coffee they ever had, or they didn’t want sweet mushrooms in their coffee.” 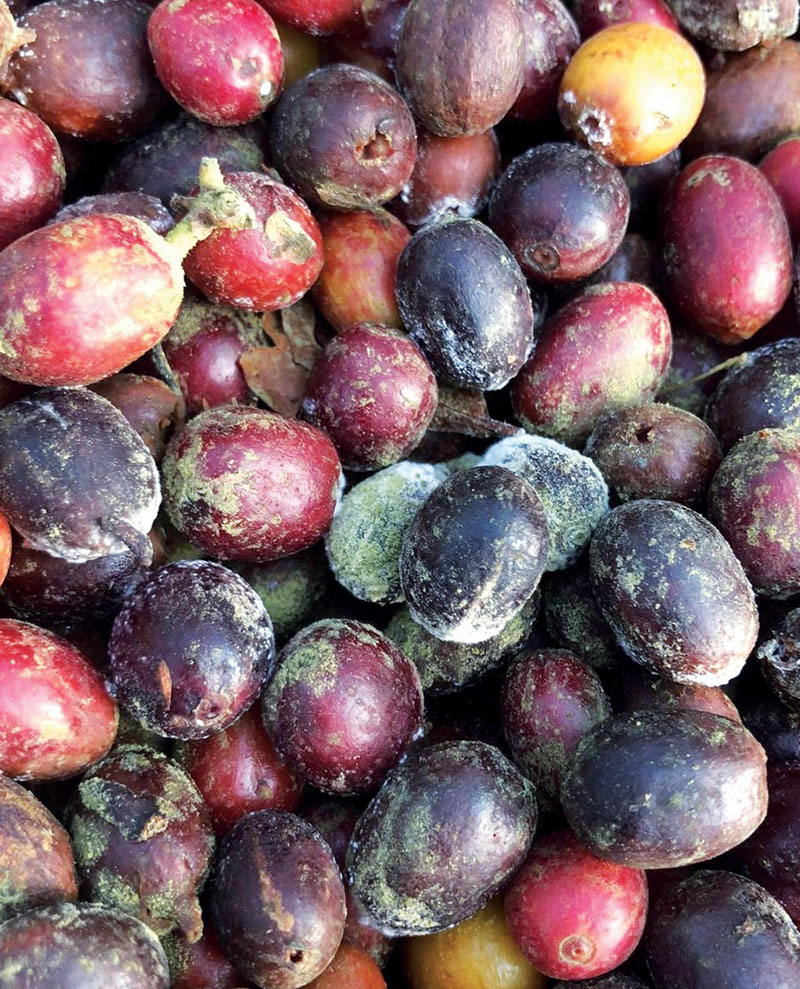 He’s referring to that kick of umami koji adds to coffee, a distinguishable earthiness and savoriness. Allen says that historically that characteristic could be detrimental to coffee, but tastes are changing, and a new generation of coffee drinkers are chasing the next big thing.

Like anything in its nascent stage, awareness and price can be obstacles. Onyx, which supplies around 400 high-end cafés worldwide, says its first allotment of its koji coffee sold out within hours at $75 for 10 ounces.

Restaurants that want to build an exclusive experience around the coffee are the most interested, according to Mason Salisbury, co-owner of Luminous Coffee, a roaster in Las Vegas. For example, Kodo, an izakaya in the Rykn hotel in Los Angeles, serves Luminous koji coffee as a special nighttime-only espresso.

“For now, it really only works at higher experimental levels,” says Salisbury. “Once more notable restaurants start serving it, others will take the risk.”

Says Feran: “Millennials and Gen Z want something new. Folks are motivated by new flavors, and they can taste that koji coffee is different and special. This coffee has a lot of potential for an ‘aha’ moment.” 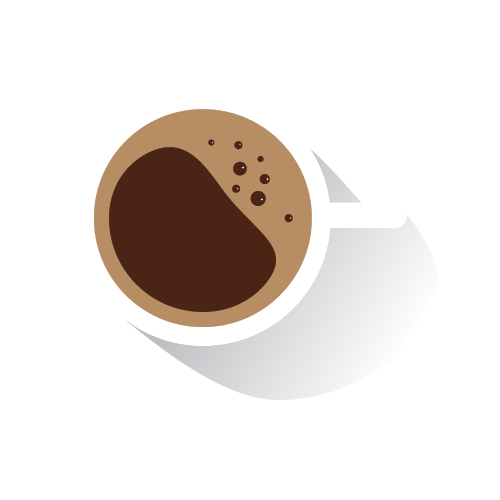 Here’s a simple primer on a complex process of fermenting coffee beans: After the beans are picked, they’re fermented with koji for up to 36 hours before the drying process.

Roasters receive the beans and apply varying techniques for the desired flavor, be it a dark, medium or light roast.