Disclaimer: CBD in food/beverages is restricted in various locations.  You should consult with your business/legal advisor to understand how those requirements impact your operations.

❱ If its past is any indication of its future, the letters “CBD” will become as ubiquitous as any bitters or liqueur, and even a far more profitable ingredient.

Short for cannabidiol, CBD – the part of cannabis that doesn’t produce a high, but is touted for myriad health benefits – is becoming a sought-after, albeit controversial, ingredient on beverage menus across the country. Sales of CBD-infused products – from beer and water to the tinctures dropped into drinks, balms and face cream – have grown exponentially over the last five years. By 2022, CBD is expected to become a $22 billion business, according to the Brightfield Group consultancy. 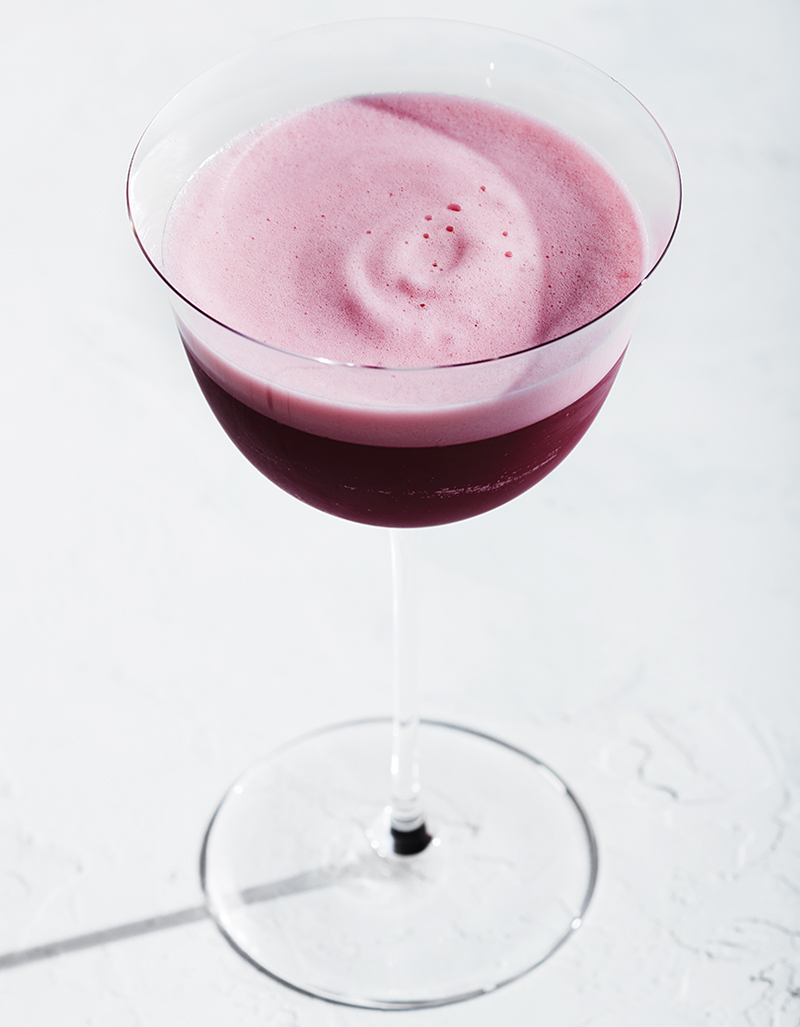 Greater awareness and prevalence presents opportunities for bar programs, whether diners’ interest is piqued by mere novelty or they seek relief from ailments that CBD is known to alleviate – including inflammation, anxiety and stress, among others. In powder, oil-based or water-soluble form, CBD adds value and profit to beverages, an increasingly popular offering now that the federal farm bill has legalized industrial hemp, a form of cannabis that’s low in THC (.03 percent or nonexistent after processing).

The problem, however, is the legality of serving CBD in restaurants falls into a largely unenforced gray area. Despite passage of the federal farm bill and states where medicinal and recreational use of cannabis is legal, the FDA continues to classify both cannabis and its hemp cousin as an illegal substance. The stance isn’t likely to change until it’s proven safe as an additive, the FDA has said. In New York City, the health department has given restaurants until July to stop selling CBD-infused food and drink and will start levying fines against those that do not comply beginning in October. In California, the health department docks points off inspections unless the operation has a license.

“The research is really the difficult part,” says Johnny Swet, owner of Grand Republic Cocktail Club in Brooklyn, of all the available options and various murky legalities around the increasingly popular additive. “It’s really confusing what is hemp versus what is CBD, what is vapor-distilled versus oil.”

At the recently opened Chicago bar and restaurant Young American, beverage director Julia McKinley included a CBD add-on to the non-alcoholic menu. In their first week, the spirit-free drinks accounted for 11% of sales – and almost all of those included an additional $3 CBD dose.

Any amount can increase the price of a drink – typically $1 to $6 per dose. But before rolling out beverages, nail down some basics.

Inaccurate information abounds, especially online, so question all claims. Commercially-sold CBD derived from hemp is available as an isolate – full spectrum or broad spectrum. Certified and lab-tested products that state their origins and clearly list the milligrams per bottle or a dropper full are best bets. 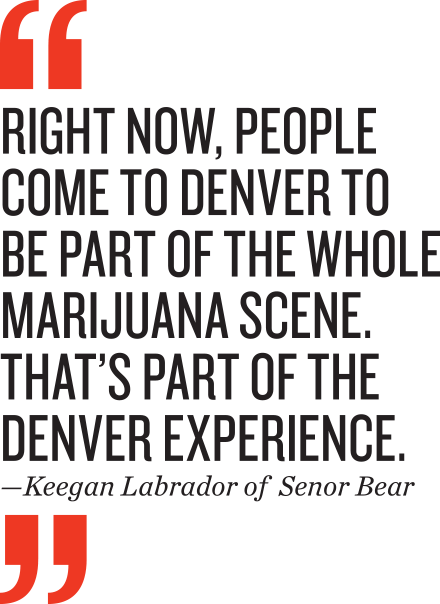 At Saxon + Parole in New York City, bar director Maxime Belfand wanted an oil that acts as the foundation for multiple drinks – landing on Rosebud, because it’s a woman-owned brand and has a coconut-oil base that aligns with Saxon’s commitment to “healthful” ingredients. It’s derived from sun-grown hemp without herbicides, pesticides, or solvents – all important factors to Belfand.

“The amount that we use is small,” he says, “and the taste is not strong enough to develop a drink around it.” It does have a clear coconut and marijuana flavor, but it doesn’t come through in the popular Spritz I made with zero-proof Seedlip Spice 94, vermouth, bitters, grapefruit, and sparkling water. For $6 per 12 mg dosage, which can be added to any beverage, he also wanted to make sure that the CBD was visible to each customer. The oil droplets allow guests to see the CBD, even if they can’t taste its precise flavor.

Swet’s made his first round of CBD cocktails with mezcal to play with the myth that agave spirits act as stimulants: He hoped the CBD might calm guests, while the spirit would be uplifting. “The effects are probably subtle,” he says. “People who come in and say, ‘Oh, I feel it.’ I think they’re feeling the booze, but it has the nice antianxiety side effect.”

Customers are reticent to order mezcal cocktails in the first place – let alone CBD versions – so he transitioned to a gin-based cocktail that costs only $1 more than other drinks. This also lowered the barrier to CBD. 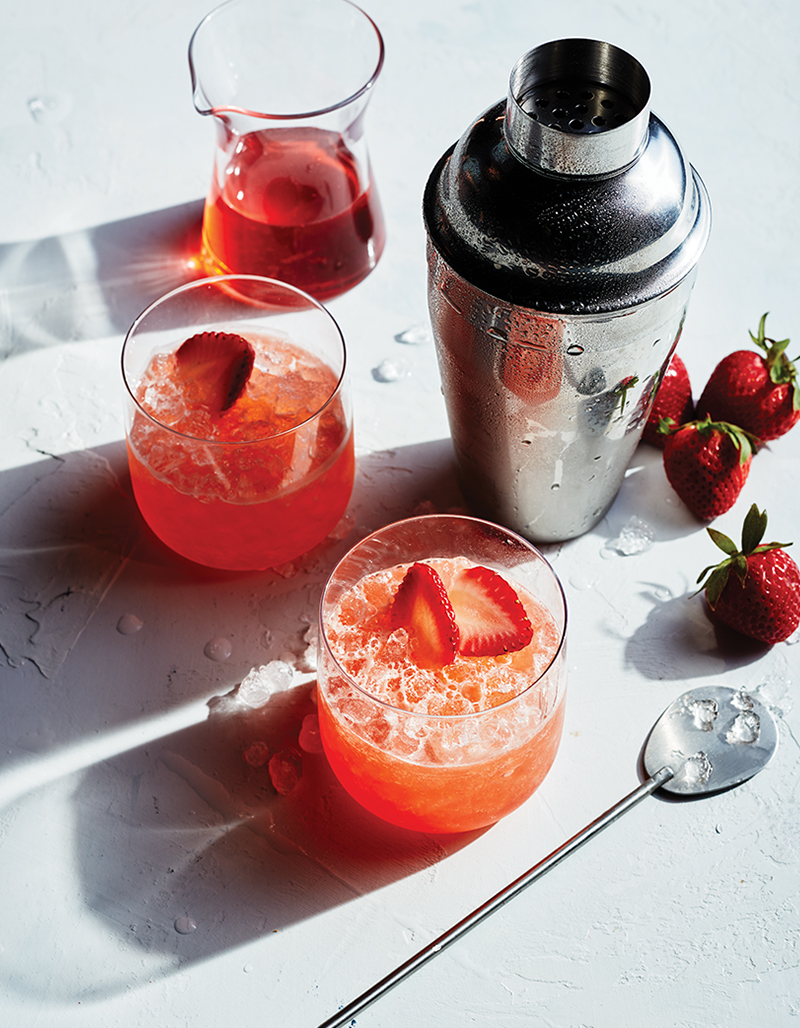 CBD has proven to be safe at high levels when combined with alcohol, so dosing is more a matter of flavor and cost than wellness.

Swet controls the dosage by adding Sawatch Vapor-Distilled Hemp Extract to gin in the bottle, which ends up being less than the recommended starter dosage of 12 mg. They’re popular, he says, because of their price point.

Babatu Sparrow, beverage director at abcV and abc kitchen in New York, settles on 8 mg of CBD to ease guests into a comfort zone. That amount can be found in a Paloma-inspired cocktail with Persian lime-infused tequila, grapefruit and lime.

At Keegan Labrador’s Denver bar Señor Bear, multiple flavors of Strongwater CBD bitters – orange, cherry, and lavender – are available. The addition of botanical elements needs to be balanced, but they are profitable variations of top-sellers, such as Manhattans and Old-Fashioneds. He recommends the flavored CBD for any drink that calls for bitters, including sazeracs and champagne cocktails.

“We even get people who do it in their vodka sodas,” he says, which is a bit of a surprise, considering that’s usually a go-to for less adventurous drinkers. “Right now, people come to Denver to be part of the whole marijuana scene. That’s part of the Denver experience.”

Restaurateurs and bartenders agree that once the conflicting regulations around hemp-derived CBD clear, the compound will be a boon for not just for drinks but for other food, including desserts.