Since late last year, New York's Rusty Mackerel has been attracting crowds of young parents and couples from its Washington Heights neighborhood, filling the 35-seat restaurant on Saturday and Sunday mornings.

Executive Chef and co-owner James “Mac” Moran knows not all staffers love the long hours brunch shifts require—early in the morning to late in the afternoon. But by designing a menu that ties in the restaurant’s Mediterranean roots, Moran has developed a kitchen-efficient brunch. The menu has many twists: a Scotch egg with harissa toast, polenta pancakes, and a chicken and waffles dish with jerk-marinated quail as the protein.

“This is what I would want to eat if I ever got to go out to brunch instead of working it,” Moran says. Using the dinner menu as inspiration for brunch items has helped boost Rusty Mackerel’s revenue since brunch was added a few months after the restaurant opened last year.

“The current perception of brunch [among staff] is that it sucks,” says Ed Doyle, founder and president of Boston-based RealFood Consulting. “Restaurateurs and chefs need to understand and change that perception because it can be extremely lucrative.”

The financial benefit only comes if brunch is sufficiently staffed, supported by marketing and considers the regular menu. The daypart should introduce new diners to the concept, entice loyal dinner customers to return in the morning, and use ingredients and staff expertise optimally.

Doyle says that RealFood’s restaurant clients who have added Saturday brunch in addition to Sunday have seen upticks in revenue up to 20 percent. In addition, employees become more proficient at brunch, he says, because they aren’t just winding up for the service once a week.

"We have people here prepping for dinner anyway. So even if we only did 20 covers, we are still making a profit."

“We have people here prepping for dinner anyway,” Chef-partner David Dworshak says. “So even if we only did 20 covers, we are still making a profit.”

The move has been a success, he says, because the menu is a crossover from the dinner menu, with modified items that aren’t overly complicated or labor intensive. For example, the brunch menu features sopes (corn cakes) and a take on papas bravas (fried potatoes with sauce) in lieu of the standard egg-heavy brunch offerings.

“Cooking with eggs is a huge pain,” he says. “You have to babysit them, and it takes more attention for service.”

But eggs can be beneficial because of their low food cost, Doyle says. Others have learned that cocktails are a brunch chef’s best friends. Most brunchgoers expect to have one—or two—mimosas and bloody marys. Give the drinks a signature touch, and margins will shift favorably. At Scandinavian restaurant Broder in Portland, Oregon, the bloody mary features dill-infused aquavit. Saxon + Parole in New York spikes its mango Bellini with Zubrowka vodka, bison grass cordial and sparkling wine.

Many chefs design their brunch menus specifically to reduce food waste from dinner. Harold Dieterle’s Kin Shop in New York serves a Thai-style spicy fried chicken at dinner, but many customers request white meat. The dark meat is salvaged for the brunch menu, appearing in a crispy chicken sandwich served on a Sriracha brioche bun. At his restaurant Perilla, dinner’s spicy duck meatballs become a spicy duck sandwich at brunch.

The 110-seat Asador in the Renaissance Dallas Hotel turns tables three times during dinner service. But at brunch, Chef Brad Phillips and his staff embrace a slower pace, talking to guests in a way they can’t at dinner.

The tempo is faster at Perilla and The Marrow, also owned by Dieterle, in New York. Most customers order one entree—usually an egg dish—which means brunch isn’t the place to expect a slower pace.

Most smaller restaurants offer brunch a la carte, which Doyle recommends. A prix fixe menu can give diners that one-price option like a buffet. The prix fixe brunch at Greenwich Project has been so successful that it allowed the restaurant, which does not serve lunch, to add an afternoon tea service that transitions well into dinner.

Chefs starting a brunch menu from scratch should keep it simple. Add four or five breakfast items to the standard lunch menu, and give waitstaff the time and tools to sell it. Also note that a brunch following builds slowly. “It doesn’t happen overnight,” Dieterle says. 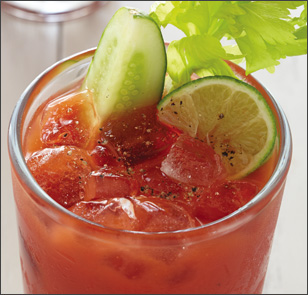 A menu that’s more than eggs and hollandaise sauce can set a brunch apart. For example, instead of one bloody mary, why not a menu of the brunch cocktail? At Prune in New York, eight types are featured for $12, from the classic variety to one with clam juice and a pickled egg.

At Dallas’ Classic Cup Cafe, owner Tonne Khabir serves a unique brunch: pork-free organic soul food. The menu appeals to observant Jews, Muslims, Seventh-Day Adventists, vegetarians and others who eschew the meats that are usually the centerpiece of brunch.

Getting employees amped about the brunch shift is a chore. No one wants to be back at the shop at 7 a.m. after a busy Saturday night. But some chefs have found ways to make brunch appealing to the front and back of the house. Try these three tips:

Make it part of the program. Brunch is a training pool for nighttime captain at New York’s Greenwich Project. “It helps us weed out the less experienced servers,” Chef-owner Carmine Di Giovanni says.

Embrace flextime. Servers who have other jobs might prefer working brunch shifts into their schedules. Let staff know that employees who work brunch can make good money and still enjoy their weekend evenings off.

Encourage ownership. Brunch can be a great professional opportunity, says Chef Harold Dieterle. Encourage line cooks to work on the menu and execute the daypart.