► There’s more to be sweet on than sugar. Alternative sweeteners – monk fruit, coconut palm sugar, sorghum and others – are gaining relevance in response to specialty diets and the demand for healthy food options. Interest is also expected to rise now that diet-related illnesses, such as diabetes and hypertension, have shown to increase the severity of the new coronavirus.

“There has been a change in the way we’re addressing health concerns, especially with the dramatic increase in allergies, intolerances and dietary preferences,” says Emily Spurlin, executive pastry chef for Lula Cafe in Chicago. “This is part of the motivation to use alternative sugars.”

Unlike refined sugar, many of these sweeteners have nutritional value. Some are naturally derived, lower in carbohydrates and calorie-free, with or without a distinct flavor profile.

As with most ingredients, texture, complexity and exploring new flavors also drive interest. But don’t expect alternative sugars to replace refined sugar. Not all are healthier, and some are handicapped
by price and an inability to reproduce the same results as sugar. And yet, knowing how to use them can spur creativity and expand options for carb-cutting and health-conscious customers.

Chefs and pastry chefs offer their experience and insight so diners can have their cake and eat it, too. Get recipes for Butterfly Pea Smoothie Bowl and Sake Lees Sorbet. 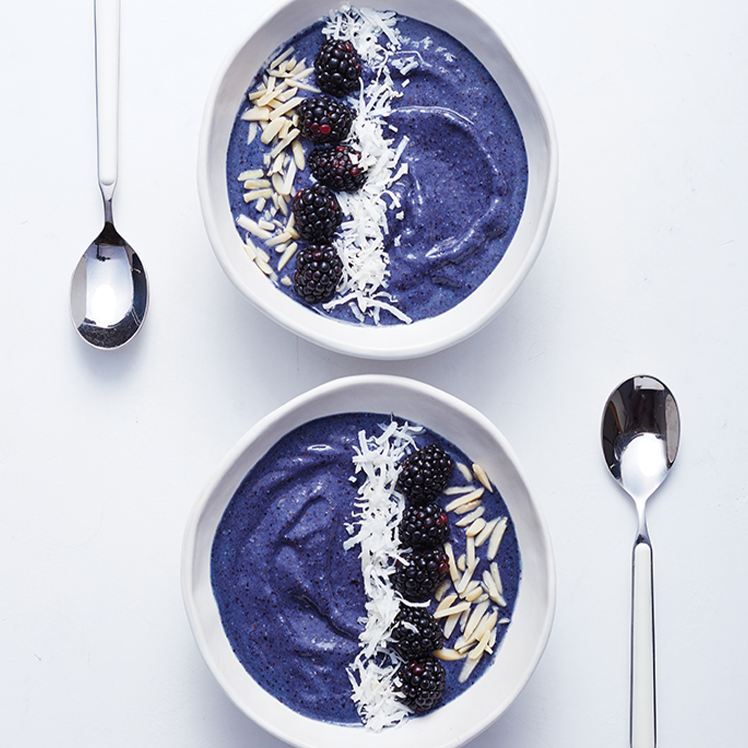 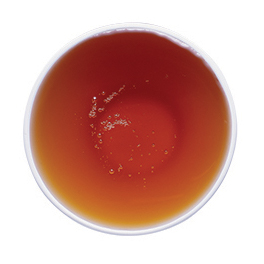 Once believed to have medicinal properties, agave nectar is sap extracted from agave plants (yes, the same ones that produce tequila). When it’s slowly heated, many of its nutritional benefits are preserved.

» Attributes: A dark or light amber containing 60 calories per tablespoon versus 48 for refined sugar, but it’s 1.5 times sweeter, so less can be used. Don’t confuse with agave syrup, a highly processed product similar to high-fructose corn syrup that indeed spikes glycemic levels.
» Why it stands out: Ideal for recipes that are lighter in color or require a smoother texture. Less is needed for balanced sweetness.
» How to use it: Look for raw agave, a lesser-processed product with active enzymes. Not conducive for replacing sugar in creaming methods – but works well in ice cream, mousse and desserts where granulated sugars pose texture issues. 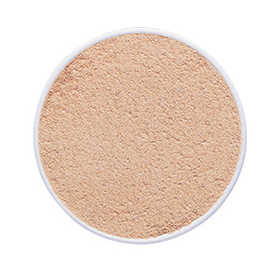 Made by evaporating moisture from coconut palm sap, resulting in a granulated, brown-colored sugar with caramel-like flavors.

» Attributes: Contains iron, zinc, calcium, potassium and other nutrients, such as polyphenols and antioxidants. Unlike sugar, its lower glycemic level prevents blood glucose from spiking.
» Why it stands out: A versatile sweetener that behaves similarly to sugar.
» How to use it: Works well in baked goods, from cookies and cakes to muffin batter, custards and sauces. Sift before using. Choose lighter varieties for subtler flavor, darker for more intensity. 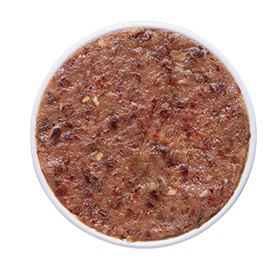 Its high-fiber content and natural sweetness can produce healthier snacks, but its honeyed flavor and structure limits its reach.

» Attributes: Dehydrated and ground, date sugar can be substituted for refined sugar, but it leaves bits of grit that don’t always dissolve. When ground into a paste, dates act as a binder in cookies, granola and energy bars, creating a moist, fudgy consistency. Sweeter date syrup can also be used, but not as a one-to-one replacement for refined sugar.
» Why it stands out: An option for healthy snacks and plant-based desserts.
» How to use it: Ideal for sweetening smoothies and energy bars that require a binder and natural sweetness. Has a distinct flavor profile, contributes to a higher food cost. 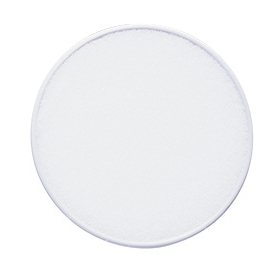 Made from alcohol sugar, this alternative sweetener can be found naturally in wine, beer and cheese.

» Attributes: Contains no calories, but has 4 grams of carbs per teaspoon; 70 to 80% as sweet as sugar, with no discernible aftertaste. Erythritol is quickly absorbed by the body, but doesn’t have a chance to metabolize, which means it doesn’t affect glycemic levels.
» Why it stands out: Considered a zero-net carb, though the claim is controversial; keto-friendly.
» How to use it: Available in multiple forms, making it suitable as a cup-for-cup replacement for sugar. 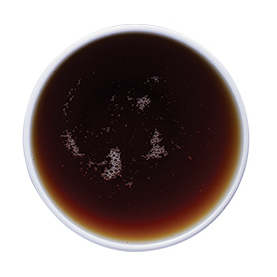 Known for its distinct flavor, maple has been used more as a flavoring than a sweetener.

» Attributes: while not seasonal, it epitomizes the fall, when trees are tapped for sap. High in manganese, with a moderate level of zinc and smaller amounts of potassium, thiamine and other minerals. Glycemic levels are slightly lower than sugar.
» Why it stands out:  A highly desirable flavor that accents desserts and savory applications.
» How to use it: Although maple syrups are pricey, mix equal amounts with coconut palm sugar or organic cane sugar to reduce costs. Sift before using. Use to make candied nuts or kettle corn. 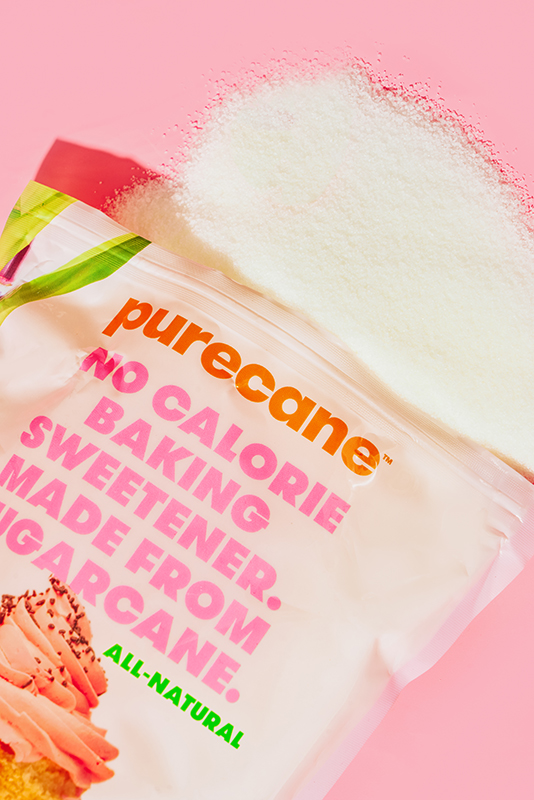 The recent release of PurecaneTM could easily be overlooked in foodservice as operators struggle to handle the new normal. That would be unfortunate, considering this is a first of its kind in the field of alternative no-calorie sweeteners.

» Attributes: Developed by Amyris, a sustainability-focused biotechnology startup, Purecane is a zero-calorie, zero glycemic, keto-friendly sweetener made through a fermentation process using sustainably grown sugarcane.
» Why it stands out: The patented process behind Purecane mimics the super-sweet rebaudioside M (Reb-M) molecule in stevia but doesn’t contain any of the plant. As a result, Amyris says the aftertaste of stevia-based sweeteners does not exist in Purecane.
» Considerations: Can be used like sugar, measuring cup for cup. Caramelizes as well. Purecane calls itself “all natural” but is made through a patented scientific process. 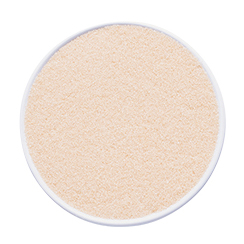 Juiced and dried into a powder, monk fruit boasts a strong nutritional profile and sweetening power.

» Attributes: Sweetness is not derived from fructose or glucose, but mogrosides, which exhibit cell-protecting antioxidants and anti-inflammatory characteristics. Monk fruit is 200 to 350 times sweeter than refined sugar. Often cut with erythritol.
» Why it stands out: No impact on glycemic levels; keto and diabetic-friendly. Worthy substitute for baked goods; does not impact flavor.
» How to use it: Because of its sweetness, monk fruit is often mixed with other ingredients, such as erythritol, making it a cup-for-cup stand-in for sugar. However, beware of artificial additives. Some brands offer various forms, resembling granulated, light brown and powdered sugars.

Made from the juice of crushed sorghum cane, it’s often compared to molasses, but sorghum’s mildly bitter aftertaste balances out its sweetness. Awareness has been expanding beyond the South, where it’s often paired with hot biscuits.

» Attributes: While not as nutritional as its flour form, sorghum syrup contains small amounts of vitamins and minerals – including thiamin, copper, iron, phosphorus, calcium, zinc, selenium and riboflavin.
» Why it stands out: A quality stand-in for molasses, maple syrup or other liquid sweeteners.
» How to use: Look for “sweet sorghum” logo to ensure it’s 100% pure sorghum. It can easily be used as a substitute for corn syrup in many recipes, but yields much different flavors. 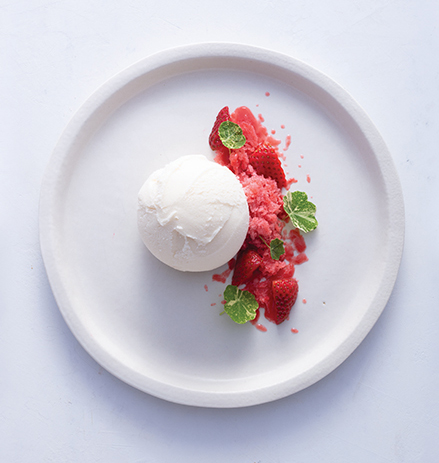 The byproduct of sake making, sake lees (also known as sake kasu) has a light, sweet and fruity flavor that can be used in savory and sweet applications.

» Attributes: The chalky white, cheese-like slabs contain amino acids and other nutrients. Reconstitute with water and use as a paste.
» Why it stands out: Ideal for riffing on savory dishes and desserts.
» How to use: An ingredient for cakes, ice cream and cookie bars. Not as sweet as other alternatives, sake lees is more of an accent ingredient, thus it has a limited reach.

Considering alternative sugar can show customers that you’re not tone-deaf to the importance of a strong immune system as one way to guard against illness. For example, Kristen Thibeault, chef and co-founder of Nybll, a noncommercial operation in the San Francisco area, no longer uses refined sugar.

Her corporate clients, which include Fortune 500 companies and sports teams, want healthier alternatives, she says, which sugar would limit. Instead, she uses monk fruit as a sweetener in baked goods, smoothies and whenever sweetness would benefit a savory dish. Monk fruit, unlike refined sugar, does not impact glycemic levels and contains zero calories.

“Most people know that cookies or granola may be great for 20 minutes, but then you crash,” Thibeault say. “When you make those items with monk fruit, that doesn’t happen. We’re about 90% vegan, but people don’t even know that. They just know the food tastes good and they feel good after eating it.”