The longer the pandemic drags on, the more consumers will have to order food delivery or takeout –  and the more plastic they’ll toss into the trash.

Since the pandemic began, single-use plastics have increased by 250 to 300%, the Plastic Pollution Coalition reports. While off-premise dining has been projected to make up 70% of a restaurant’s business over the next several years, no one expected a new coronavirus to surpass that figure overnight, stymieing eco-friendly practices. 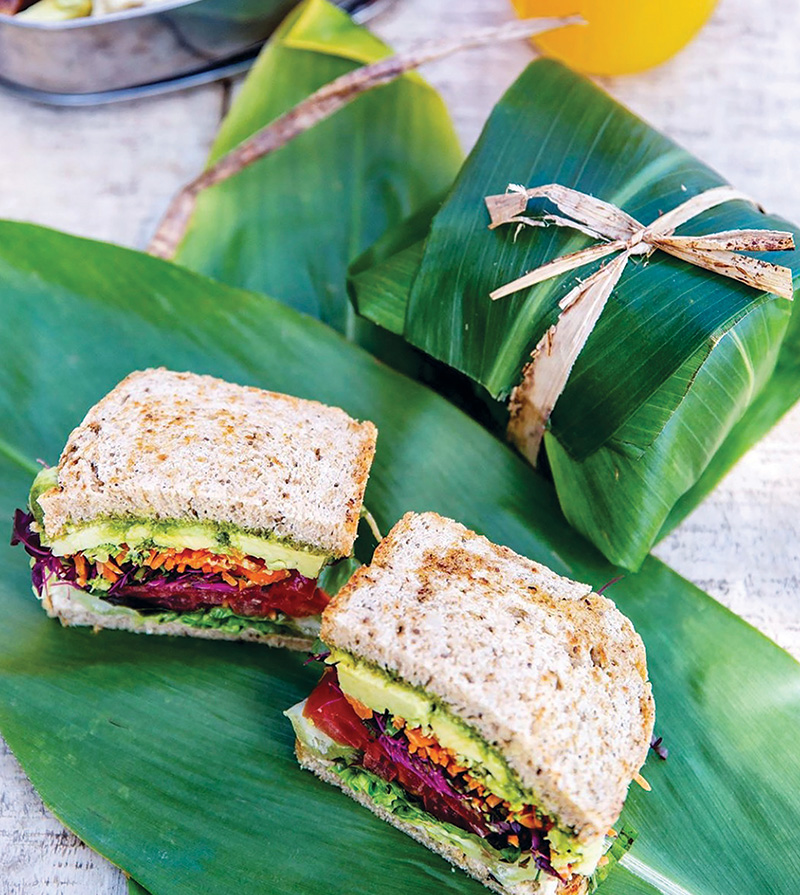 Operators, however, can get back on track – if for no other reason than to stem financial losses from the pandemic.

Take an opt-in, rather than opt-out, approach to disposables, so customers must request napkins and utensils. Also, offer that opt-in option on online food ordering platforms. Around the start of the shutdowns, the fast casual chain Just Salad shifted to opt-in on its online-ordering platform, and reduced utensils for pick-up and delivery service by 88%.

On average, a restaurant can save $5,000 a year by taking two simple steps: asking customers whether they want disposable cutlery, condiments, napkins and straws (as well as the quantity), and offering the opt-in option electronically, according to Michael Oshman, CEO and founder of Green Restaurant Association.

That’s part of a bigger waste-reduction strategy that can be summed up with three R’s, Oshman says: reduce, reuse and recycle. “We as a society focus on recycling, but the first thing is to reduce.” 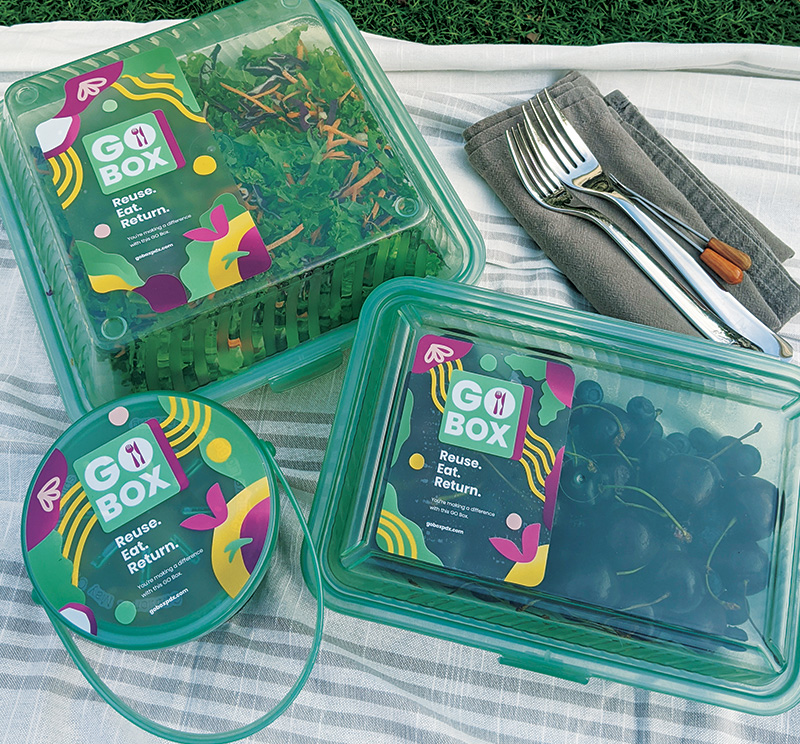 Paper containers made mostly of post-consumer waste is the simplest way to reuse, Oshman says. “A product made out of waste is better than one made out of a virgin tree or virgin petroleum, so even if it ends up in the garbage, it already has some environmental benefit,” he says.

As for reuse: reusable containers instantly got a bad rap amid pandemic-related safety concerns, but those fears were unfounded. And while reusables and takeout might sound like an impractical pairing, some startups have been proving just the opposite.

Dispatch Goods in San Francisco; GO Box in Portland, Oregon; Green GrubBox in Seattle; and Rogue To Go in Ashland, Oregon all offer reusable containers for takeout and delivery. With Dispatch Goods, for instance, customers order from participating restaurants that package their food in Dispatch’s reusable stainless steel containers. Customers then toss the containers into Dispatch bins, where they’re picked up and then cleaned.

GO Box provides a similar service, but with plastic containers. “We’re material agnostic,” says Jocelyn Gaudi Quarrell, CEO/owner of GO Box. “We don’t think certain materials are good or bad. We want to use a material to its best utilization, so that carbon emissions, energy consumed and waste generated is reduced across a reusable’s life cycle compared to single-use.” Each GO Box container gets used 200 to 400 times before it’s retired.

That speaks to a thorny truth around eco-friendly packaging: It’s not a simple black and white issue.

Consider compostable containers, made from plants such as corn, sugarcane and bamboo. Despite common misconceptions, “compostable” does not equal “biodegradable.” Biodegradable products decompose in nature. Compostable means the product can be turned into compost immediately – but it requires a professional composting facility. And there are only 185 full-scale composting facilities in the U.S. Also, compostables often have liners made of chemicals that don’t break down.

Break the Plastic Addiction (or at least curb it)

The line loves plastic. Mise en place neatly fits in “deli containers”, and while sturdier ones can be washed and reused, that’s not always the practice.

Plastic is functional and seemingly cheap. “But if we considered the environmental costs of plastic, it would absolutely be one of the most expensive materials on the market,” says Rachael Coccia, plastics pollution manager at Surfrider Foundation, a nonprofit environmental organization.

There’s some low-hanging fruit to curb the use of plastic, Coccia says. For example:

Do use paper instead of plastic bags.

Do use containers made of post-consumer waste.

Don’t put your food in Styrofoam. “That’s one of the most toxic forms of single-use plastic,” Coccia says.

Don’t create more waste, or waste your money by automatically including disposable utensils, straws, napkins and condiments with every to-go order. Most consumers use their own utensils to eat takeout.

Don’t force customers to opt out of getting disposable cutlery with their takeout.

In fact, beware of “green washing” – marketing claims that materials, such as bioplastics, are more eco-friendly than they are in reality. “If it doesn’t look like the organic material it claims to be, think about the process it took to get it into that state – and the process it will take to get it back into an organic compound,” says Rachael Coccia, plastics pollution manager at the Surfrider Foundation, a national nonprofit environmental organization based in San Clemente, California. “Bottom line is, if it looks like plastic, it’s probably best to avoid it.” 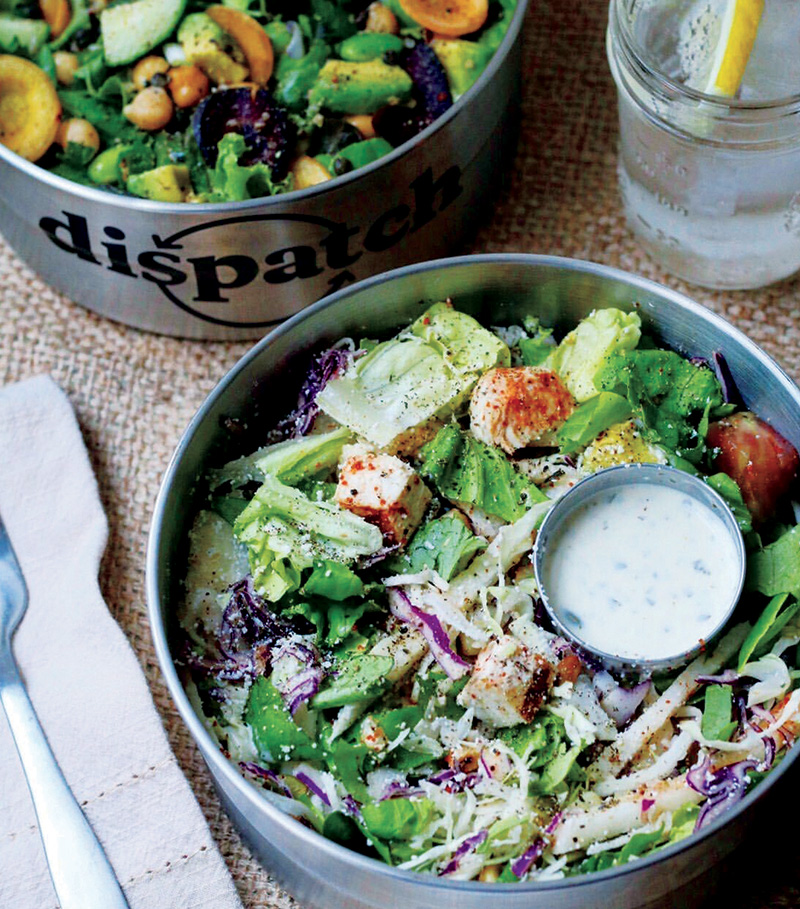 Goodonya, an organic eatery near the Southern California coast, has been plastic-free for over a decade. It uses compostables. They’re not the ideal product, but they’re certainly not as bad as petroleum-based plastics, says Kris Buchanan, founder/CEO of Goodonya in Encinitas, California.

“Compostable is a bit like choosing the lesser of evils,” Buchanan says. “Eventually, compostables will break down. Plastic will never break down.”

Compostables overall are pricier, but that’s offset by the marketing benefit. “People (especially among younger diners) view the company with higher regard” because it uses compostables, Buchanan says. That’s been the case for Nami Nori, a sushi hand roll bar in New York City. It uses sugarcane-made containers with a fully recycled plastic lid for most of its menu. And it has a custom-made cellophane wrapper made of plant-based plastic to keep seaweed crispy and separate from the rest of a roll.

“On our Instagram feed, people comment a lot on our sustainable packaging,” says Lisa Limb, operations director and managing partner at Nami Nori. It’s a marketing investment, she adds.

Takeout containers might not get more sustainable than those at Moku Roots, a vegan, zero-waste restaurant in Lahaina, Hawaii. It uses the leaves of the banana-like ti plant to wrap items such as sandwiches and burritos. For anything that can’t be leaf-wrapped, the eatery uses a stainless steel container, and charges a $10 refundable deposit.

At about 25 cents per leaf, ti leaves are “absolutely more expensive than plastic would be,” says partner Alexa Caskey. Moku Roots charges a bit more to recoup some of that cost, but “people never have a problem with that,” she says.

And why would they? The leaves aren’t just eco-friendly, they’re beautiful too. “They look like little presents,” Caskey says.