Many businesses are wising up to the importance of amplifying Black and marginalized voices. On Blackout Tuesday earlier this year, social media feeds – well represented by restaurants – went dark to support the Black Lives Matter movement. But months later, how has that message translated in the foodservice industry?

Numerous restaurants took a stand on social media by vowing to examine their bias and posting Black Lives Matter signs in their restaurants. Others raised funds for various organizations that promote equality while 2,000 people around the world participated in Bakers Against Racism, a virtual fundraiser launched by three pastry chefs, including Paola Velez (see Bakers With Attitude article), that raised $1.6 million for BLM.

Such measures are indeed noteworthy, but what kind of lasting impact will this awakening leave? Four restaurateurs share their actions, providing insight on how to fulfill the much used pledge to “do better.”

Restaurateur, HipCityVeg, Bar Bombon and Charlie was a Sinner. 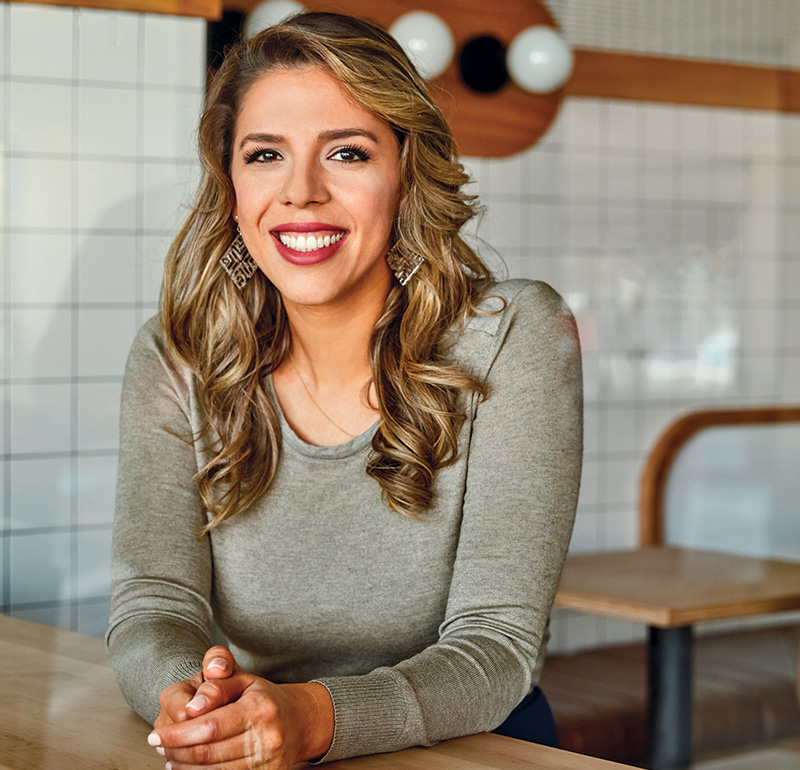 Marquis, the founder of HipCityVeg, a chain of plant-based restaurants in Philadelphia and Washington, D.C., takes the right to vote seriously. She’s offering paid time off on Election Day so employees can go to the polls.

Voter registration and encouraging voting are a central part of her company’s marketing plan, which are backed by social media, flyers in takeout bags, e-blasts to customers and working with Rock the Vote to create awareness. Her workers also will be undergoing anti-racism training this fall, and she is reviewing proposals from groups offering that training. “We’ve also raised and donated money to the Equal Justice Initiative. And we’re doing an NGO fundraiser that all restaurants will participate in to raise more funds and awareness.” The EJI works to rectify mass incarceration, which disproportionately affects minorities. “To start, we made a corporate donation and also donated $1 from every online order placed through HipCityVeg for a whole week.”

Marquis pledges continuing support to fellow Latinx and Black communities. “This is the beginning, and this is going to be an ongoing conversation. That is going to be part of the fiber. We have so many employees of color, and my family is from Puerto Rico. I’ve seen the issues and struggles that they’ve also gone through. It’s about time that (change) is really coming to the surface.” 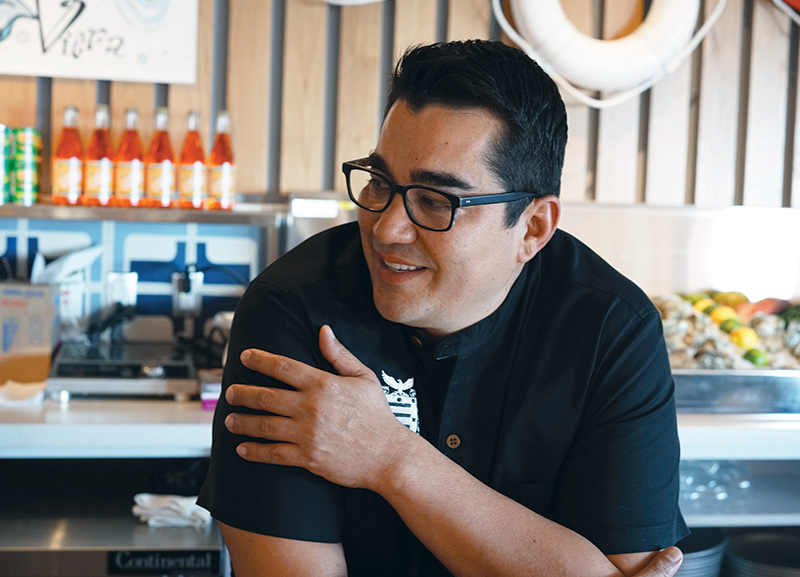 ACTIONS: Founded the Garces Foundation to aid underserved immigrant communities that in part helps with advancement to management and restaurant ownership.

A second-generation Ecuadorian American, Garces has a long history of helping the immigrant and minority communities in Philadelphia. His Philadelphia restaurants have been among the best places to work in Philadelphia for 2019.

“A focus on Black ownership and working directly with Black chefs is an important aspect of fostering inclusivity,” Garces says of the foodservice industry. “One of the big things about making the jump from cook or chef to owner is that there is so much that you just don’t know. There may be a space for a business workshop that delves into ‘101 things I wish I knew’ that ties into some of the specific pain points that Black and other minority chefs face, specifically access to capital and leasing.”

He recognizes the value of diversity, and strives to create a family atmosphere in the front and back of the house. “The great thing about the food industry is that there is a real sense of inclusivity. There is literally a space for everyone.”

Garces’s objective is to continue to push for a work environment that feels safe for all staff. “One of the most important things we can do is to actively maintain clear standards of behavior, and foster an inclusive environment that encourages people to feel comfortable speaking up if there is a situation that makes them uncomfortable.”

Meaningful inclusion from 4 restaurateurs Increasing diversity and fostering inclusivity comes from the top. Some ideas:

“There is no better way to share and grow together than over food and drink. Promoting this will bring us closer, foster true unity and understanding, in order to combat the inequalities and lack of understanding that continue to exist in our society.”
– Robert Watson

“Make your workers feel safe. We need to ensure that we don’t just rely on self-reporting, that our management takes an active role in ensuring that a healthy work environment is maintained.”
– Jose Garces

“Diversity and anti-racism training should be incorporated on an ongoing basis, as well as amplifying Black voices.”
– Nicole Marquis

Restaurateur, owner of SuperChefs in Louisville, Kentucky, and Superhero Chefs in Tuscumbia, Alabama 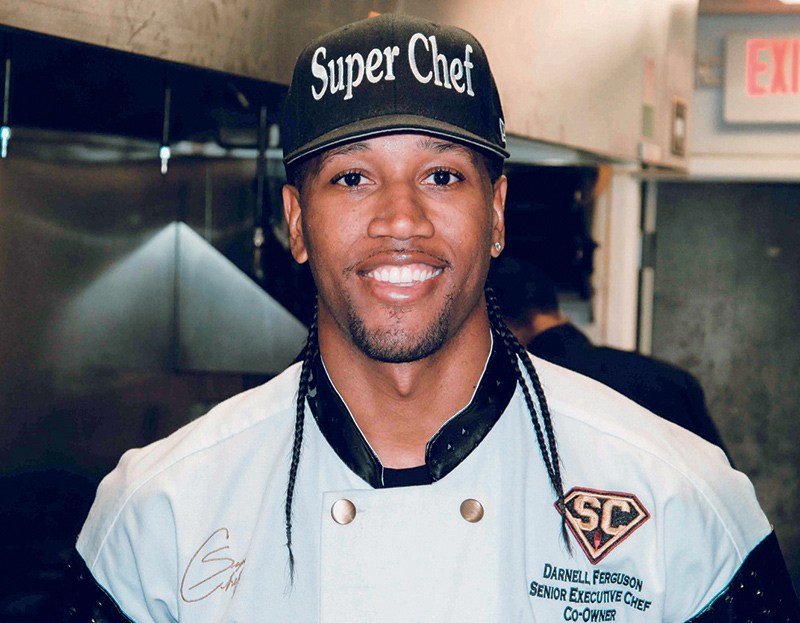 ACTIONS: Promoting people of color as a way to even the playing field; hosted the Kings & Queens Unity March to spread awareness about police brutality.

Ferguson was once a sous chef who dreamed of taking the lead. He saw people like himself in the industry – those who work hard and cook food that everyone enjoys – but not in leadership roles. “We play a vital part, but not at the top.”

That changed when Ferguson opened his first restaurant, yet people are often surprised to find out that he’s the owner. For the longest time, he was the only Black owner on the busy Bardstown Road stretch in Louisville, and a rival for the top spot in town.

He knows he’s in a unique position, so his attempts to provide equity for Black people is an ongoing effort. All too often, Black people work the same line for 15 years, a reality Ferguson began addressing by hiring a Black executive chef. “The way I hire is intentional. You can go to 90 restaurants in this city, and there could be one Black chef.” Despite great references, his executive chef was never able to advance.

“He is so grateful for the opportunity – and super talented,” Ferguson says. “The opportunities just aren’t out there for Black chefs.” 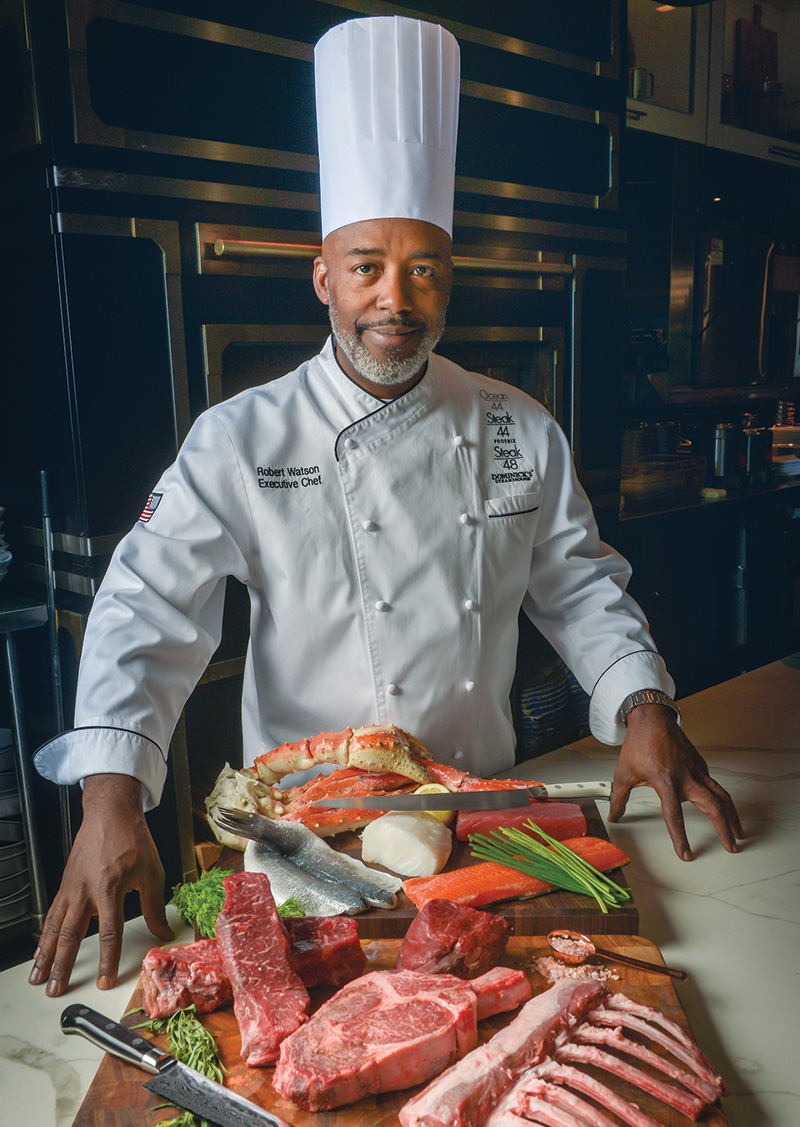 ACTIONS: Partnership with the YWCA to create a culture of equality.

Steak 48 recently became founding members of the YWCA’s Racial Justice League, the longstanding organization’s initiative to fight racism and empower women. With the YWCA’s help, their six steakhouse restaurants, with locations in Chicago, Houston, Philadelphia and Scottsdale, Arizona, have added cultural humility and unconscious bias training for management and staff.

“With our membership in support of this organization, we have not only enhanced our commitment to philanthropic support but have also included additional real action,” a Steak 48 spokesperson said in a statement.

Watson, the executive chef for the steakhouses, acknowledges that the food industry is diverse,
but society still has a long way to go. He believes that the restaurant industry is a “great platform” for growth. “Promoting this (overall equality) will bring us closer, foster true unity and understanding in order to combat the inequalities and lack of understanding that continue to exist in our society.”

The restaurants will do their part, he says, through education, open dialogue and a culture of consideration, he says.

“By truly seeing, hearing and learning about each other, we promise to provide a safe place
for all of our employees both back-of-house and front-of-house, to come to every day, and also for our guests to feel welcome and at home. That includes providing peace, understanding, kindness, acceptance, family and equality.”