Air purification and filtration systems failed to stop restaurant closures, but they are perceived as a good safety measure among diners. The Centers for Disease Control and Prevention hasn’t issued a stand on them, but many restaurateurs say peace of mind among customers and staff has been worth the investment. 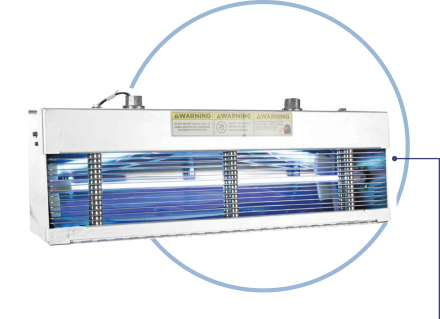 » ATTRIBUTES: Deploys UVC light through HVAC to kill germs in the air and on surfaces. Prairie Grass Café co-chef/ owner Sarah Stegner installed the system in her condo five years ago, and it made a difference for her family members who have issues with pet dander. When COVID-19 hit, she installed four units in the restaurant to cover the dining room and kitchen.

“I know that it works, because I’ve physically felt the difference,” she said.

» EFFECTIVENESS: The device destroys 99.86% of airborne bacteria, 99% of viruses, and 96% of spores in a single filtration pass.

WORTH IT?
“I’m very happy with it,” Stegner said. “We leave the system on all the time. Even though we don’t have any people in right now, it’s also for my employees and myself. We want to have safe air.” 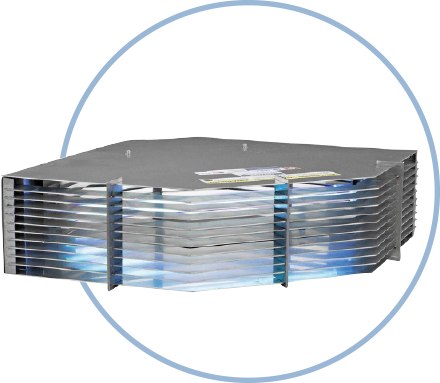 » ATTRIBUTES: The system uses ultraviolet light on all air traveling through the HVAC system to kill viruses and bacteria. Air purifiers are also installed on each restaurant’s walls that use HEPA filtration to trap airborne particles and enhance air quality while ionization cleans the air.

WORTH IT?
Silver Diner executive chef and co-founder Ype Von Hengst said he advertised the system with posters and cards given to customers when the restaurant reopened, which made them feel more comfortable. Even though he was forced to close for indoor dining again, he still thinks the system was a good investment. “When people build new buildings, some of these things might be a requirement,” he said. “A year from now, hopefully we’ll be out of the woods, but who knows when something like this will pop up again.” 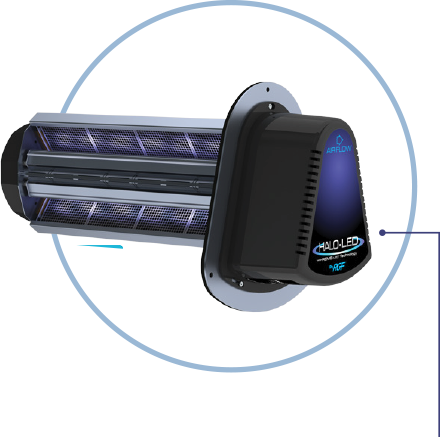 » WHO’S USING IT: Red Phone Booth and Amalfi Pizza in Atlanta and Francesca’s Restaurant Group in California and Illinois

» ATTRIBUTES: Francesca’s Restaurant Group executive director Robyn Jones said she chose the technology because it’s embedded in HVAC systems, making it among the most streamlined options, and it also covers plenty of square footage. Red Phone Booth founder and CEO Stephen de Haan said he was impressed that the technology was used at the Mayo Clinic.

» EFFECTIVENESS: The ionization technology reduces the rate of COVID-19 on surfaces by 99.4% after 30 minutes of use.

WORTH IT?
“It’s quite a monetary investment, but we needed to do this for our employees to come to work every day and for our customers,” Jones said. “We want them to feel safe and know that we’ve made the investment in providing this clean air solution.” Even with the vaccine, de Haan is installing the technology in his new locations opening early this year. “I think there’s going to be long-term benefits to having this system, whether it be for COVID-19 or the common cold.”

» WHO’S USING IT: The Bristol, Formento’s and Nonna’s, Chicago

» ATTRIBUTES: The devices, which B. Hospitality Co. co-owner Philip Walters said look like R2 units from Star Wars, are positioned throughout the restaurants, and cook the air like an autoclave to kill viruses and bacteria before shooting the sterilized air into a chamber that cools and releases it. They are paired with MERV 13 air filters, chosen based on CDC and ASHRAE recommendations, and Ionkini Technology ozone ionic air purifiers that can be placed at individual tables by customer request, to provide additional safety when dining with people from different households.

» EFFECTIVENESS: The AirFree Iris 3000 eliminates 99.99% of microorganisms and allergens silently, with each unit covering up to 650 square feet.

WORTH IT?
“We do believe that it is the proper path to make sure that the guests are safe,” Walters said. 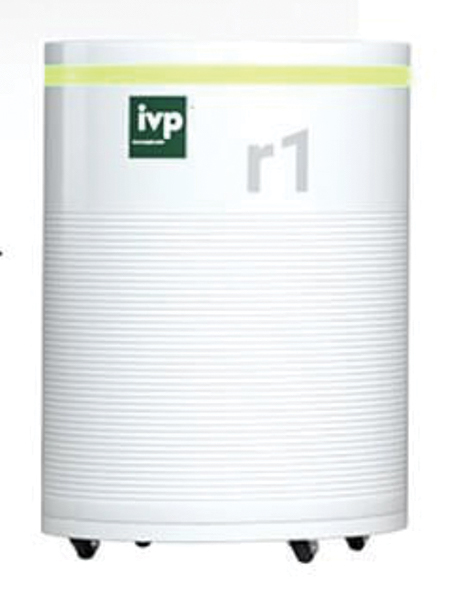 » ATTRIBUTES: Scientists from the Texas Center of Superconductivity at the University of Houston, Galveston National Laboratory and Texas A&M Engineering Experiment Station worked with the Houston-based company to develop its system, which uses a nickel-foam-based air filter to catch and kill microorganisms. While the system can be integrated into existing AC units, Boudro’s general manager and partner Andreas Esparza said he opted for two big and one medium portable units because, “We wanted to have something that the customer would see.”

» EFFECTIVENESS: The device kills 99.8% of coronavirus and 99.9% of anthrax spores and other pathogens, including legionella bacteria.

WORTH IT?
Esparza said he plans to keep the system in place to clean the restaurant’s air even once the pandemic ends. “It gives us all a sense of safety,” he said. “It was the strategic investment that we did.”