The definition of a pop-up may be up for debate. Is it a one-night event, can it last a year, does it need to take place off-site? There’s no denying that pop-ups have become a culinary phenomenon. Pop-Up Republic, a pop-up logistics and marketing company, has cataloged more than 30,000 pop-up events since 2012.

Social media, specifically Instagram, gets a lot of credit for the surge, as it allows operators to market these concepts in real time. But if a common denominator among successful pop-ups exists, it’s that diners seem to care as much about the look and exclusivity as about what’s served. There’s also the fear of missing out.

When it comes to choosing a concept, nostalgia sells. In recent years, a number of pop-culture pop-ups have found success, including one inspired by the beloved ’90s TV show “Saved by the Bell,” called – appropriately enough – Saved by the Max.

When Zack Eastman, Steve Harris and Derek Berry launched the pop-up in 2016, they ran a no-frills guerrilla marketing campaign. Berry launched a Facebook event page and, to his surprise, he awoke the next morning to find 20,000 people had RSVP’d.

“The people who loved ‘Saved By the Bell’ loved it when they were young,” says Berry. “There was no real drama in their life; it was a super fun time.”

Today, Saved By The Max is officially licensed through an agreement with NBC, and has made year-long stops in Chicago and Los Angeles.

Berry sells advanced no-refund tickets through the Tock reservation system, which grants diners access to a menu from Michelin-starred chef Brian Fisher, and a full bar – all of which is housed in a life-size replica of The Max diner from the TV show.

“It’s urgency. No one wants to miss out,” says Berry. “People think, ‘The pop-up is only for three months. I will get that photo in front of the door and with the Zachary Daiquiri. I have to go.’” Which may explain why he easily sold out 300 covers a day, seven days a week for a month when the Max debuted in Chicago.

Pop-ups are an inexpensive way to introduce diners to esoteric fare, especially if it’s coupled with an immersive environment that also celebrates the art, history and the culture of a country. 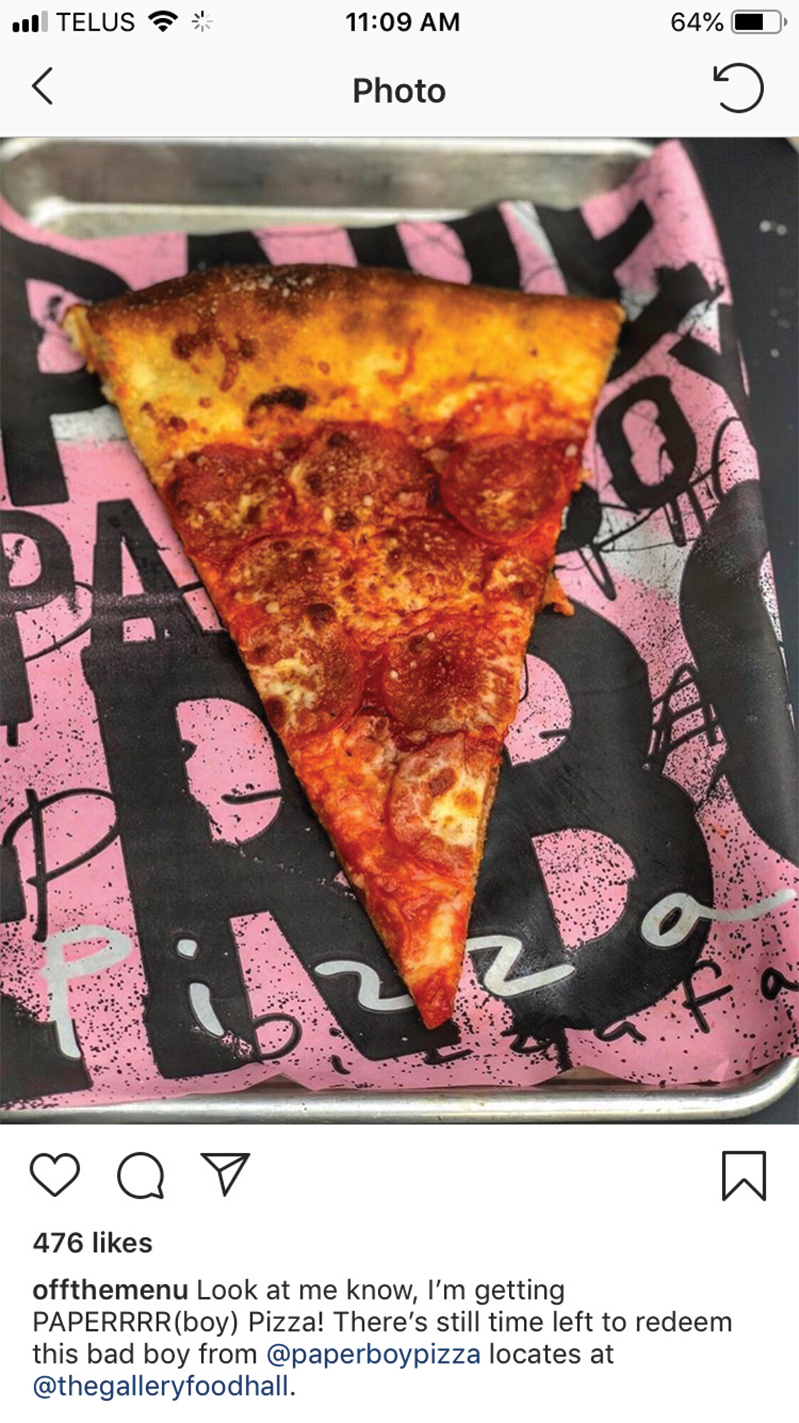 For the Icelandic pop-ups, Zeppelin Station’s director of hospitality, Justin Anderson, and his team erected a giant vinyl mural of the Blue Lagoon and hung moss and pelts. Since each concept lasted only 45 days, they also generated serious buzz.

“By making our pop-up series more immersive and next-level, like you are truly in that city, we set ourselves apart,” says Anderson. “By not having the same combination of food and retail each time, and folding in live music showcases, artists and makers panel discussions, cocktail demos and one-off fine dining experiences in a food hall, there was something for everyone.” 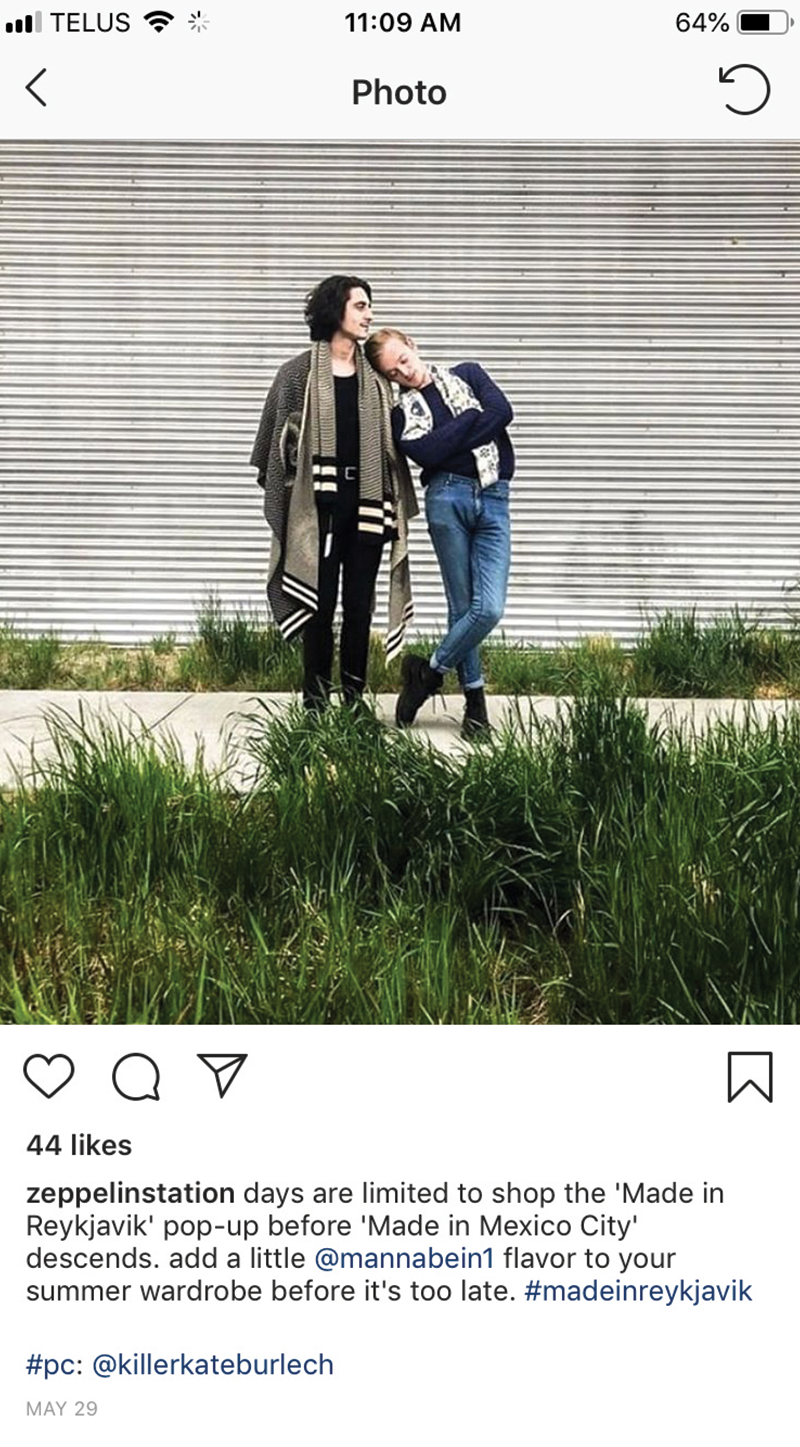 For $20 a month, members of the Los Angeles-based Off The Menu club can redeem one “off-menu” dish a day at a local restaurant. Its CEO and founder, Lawrence Longo, translates that cache to a separate series of limited-run public events, including the Los Angeles pop-up of New York City’s famed Prince St. Pizza in February. Although it serves just two types of slices, it has generated long lines and more than 50 million social media impressions.

“I want to deliver an experience you can’t get every day. Some say, ‘I’m going to do a pop-up with my own food,’ but I can get that any day at your own restaurant, so why is it a pop-up?” says Longo. “(People) want a different experience and will spend money to get it.”

Partner with liquor sponsors that can reduce startup costs and create buzz. In 2017, liquor brand Fernet-Branca approached an Emporium Arcade Bar location in Chicago to gauge its interest in transforming space off its Logan Square bar into a Branca cocktail bar. That pop-up lasted three months, but has generated others – including a Pipeworks Brewing beer bar, a Netflix-inspired “Stranger Things” pop-up and a weekend-long “Love Shack” concept in conjunction with Campari.

Emporium’s model proved so successful it was spun off into a separate business called Emporium Productions. “It was all about trying to keep a space fresh and unique and cool,” says Jared Saul, director of Emporium Productions. “We ran 25 concepts over the course of two years. A lot of people can’t open even one bar.

The downside? Pop-ups take a ton of effort. Saul says it’s like running a theater company inside a bar, which is why Emporium is shifting away from extended pop-ups to more short-term pop-up events. Nevertheless, Saul says the pop-ups helped Emporium stand out from other bars and nightlife options. After all, as countless pop-ups have shown, temporary profits are still meaningful profits.

Popping Off: The 10 Commandments of Pop-Ups