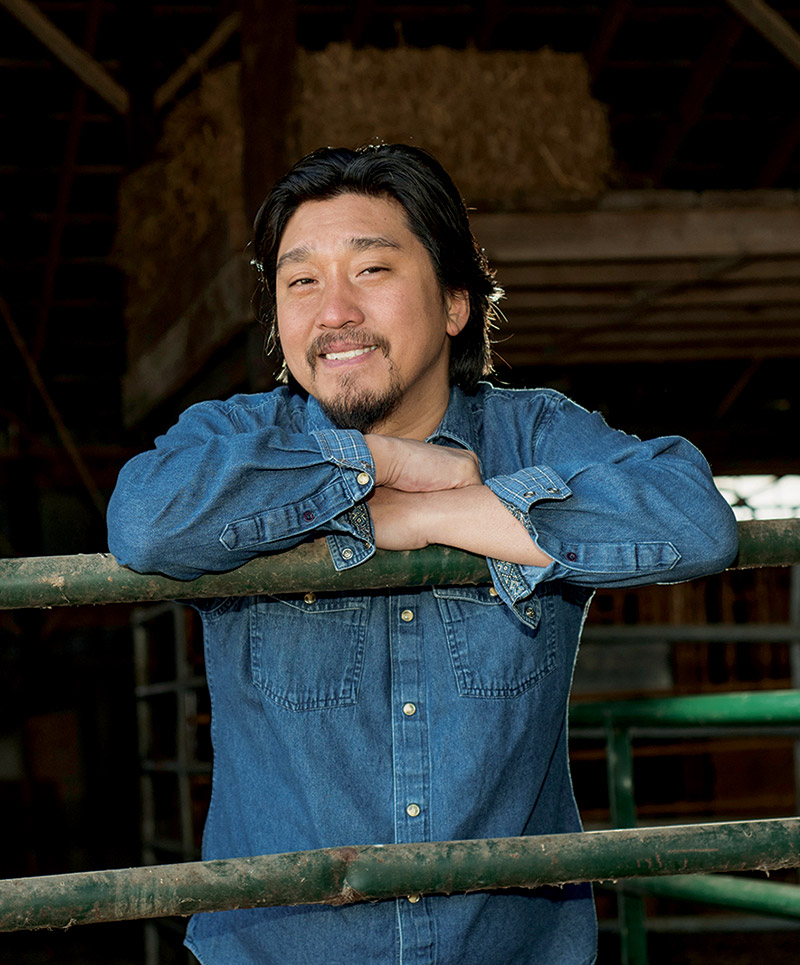 Take a breath, celebrate. But don’t forget that the pandemic decimated the hospitality industry, especially independent restaurants. Edward Lee, the Korean-born, New York City-raised chef who skyrocketed to fame by cooking Southern food through an Asian lens, says a long haul lies ahead.

The public has never been so eager to dine at restaurants – and businesses couldn’t be happier to receive them, he says. But variants of COVID-19 could upend the new normal at any time despite vaccines. Human nature is such that people will not always follow the rules, and recovery could come to a chilling stop, he warns.

Lee isn’t a naysayer but a realist. The fallout from the pandemic has been as gut-wrenching for him as every restaurateur, he says. Furloughing staff and temporarily closing restaurants also meant cutting the livelihood of farmers and other small-business purveyors. No one needs that hell again, so how can it be prevented? Here are some points from Lee that surfaced from the downtime of not running restaurants in Louisville, Kentucky, and Washington, D.C., at full tilt.

I don’t see myself as a leader. Every single chef and everyone who has a small business has had to step up to be a leader. My hat’s off to them. I shed tears for every single person who has had to fire or furlough people, look someone in the eye, people who have done nothing wrong and have provided so much loyalty and say, ‘you don’t deserve to lose your job; you’ve done nothing wrong. But I don’t have a job and a paycheck for you anymore.’”

Q. You’ve said the pandemic may be the end of independent restaurants. Do you still see it that way?

A. There’s a lot going on; some of it is too little, too late. We’ve already seen tons of restaurants close. Most independent restaurants will spend the next couple of years climbing out of the tunnel, but it’s a dim light. A lot of work is still left to be one.

A. Regaining trust. Without sounding too drastic or extreme, media had done a lot of damage, creating and reinforcing this false narrative of customers being irresponsible for dining in and restaurants aren’t safe. (But) restaurants have taken incredible measures to keep staff and customers safe, creating the best environment where there have been zero outbreaks. Our currency is not amazing food and great service – it’s the trust patrons put on us to create a delicious meal and a safe, comforting environment for them. 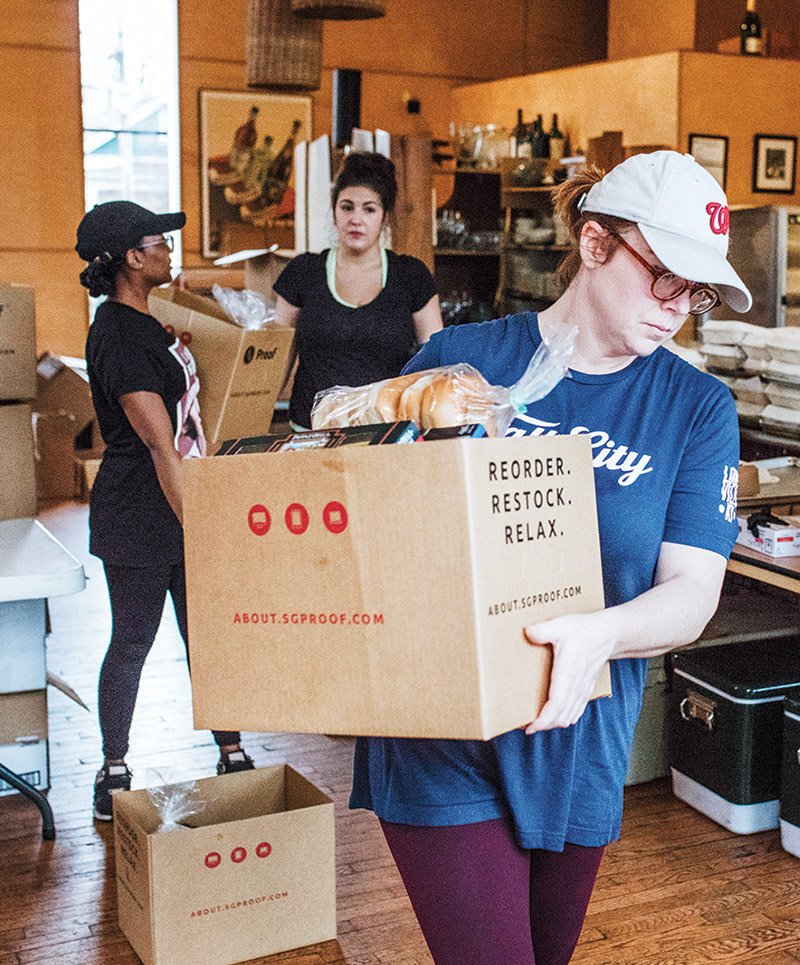 Q. What can be done?

A. If we can rearrange the narrative that restaurants can be on the frontline of safety, we can help control problems versus the unrealistic, "stay at home and don’t gather". Vaccinations are happening, but we aren’t in the clear. There will be more outbreaks, variants, people won’t listen. So instead of portraying restaurants as the enemy, allow us to help keep a sense of normalcy.

A. We know we can safely monitor people. When we can give people some semblance of normal – food, entertainment, and not vilify them for the human need for interaction, people will follow the rules. Being responsible is the safest option. People would rather have the option of dining out than gathering under cloak and dagger in a basement with six people.

Q. Humans tend to have short memories. Do busy restaurants mean everything is OK?

Farmers are working on tighter margins than we are. I can create flavors, but I can’t create pork, chicken, beef, grains or produce. If we abandon that now, all the hard work we as a food nation built – farm to table – the next generation can be lost so quickly, including this season. Small farmers work season to season. We can’t come back in 2022 and say, ‘I’m ready to buy local again.’ They won’t be there. Restaurants are in such dire straits; we can’t forget who’s in the worse state, and it’s the farmers.

A. We’re relaunching the (Restaurant Relief) Reboot Program that we began last year, but bigger this year. We’ve bought over $1 million from local farms and donated product to restaurants. Basically, we set out to say so many of us are hurting financially and will make the tough choices. Maybe they won’t buy organic pork from the local farmer because it’s $1 more a pound. We don’t want them to make that choice.

Q. The pandemic exposed the industry’s shortcomings like never before. Will we see meaningful change?

A. There is an opportunity now for momentous change. Grassroots movement and top-down movement need to collide. If the $15 minimum wage passes, that creates a momentum where we can take

a hard look at eliminating tipping and more equitable wages. We (independent restaurants) need to be unified. That’s something the chains do well – they have lobbying power and talk – and independents don’t do well. Hopefully, this is an opportunity to create strong voices in Boston, Chicago, Oakland and the Austins everywhere, where we start to discuss matters to create a collective voice and economically unified force for millions, so we are not left out in the cold again.

CHEF AT A GLANCE 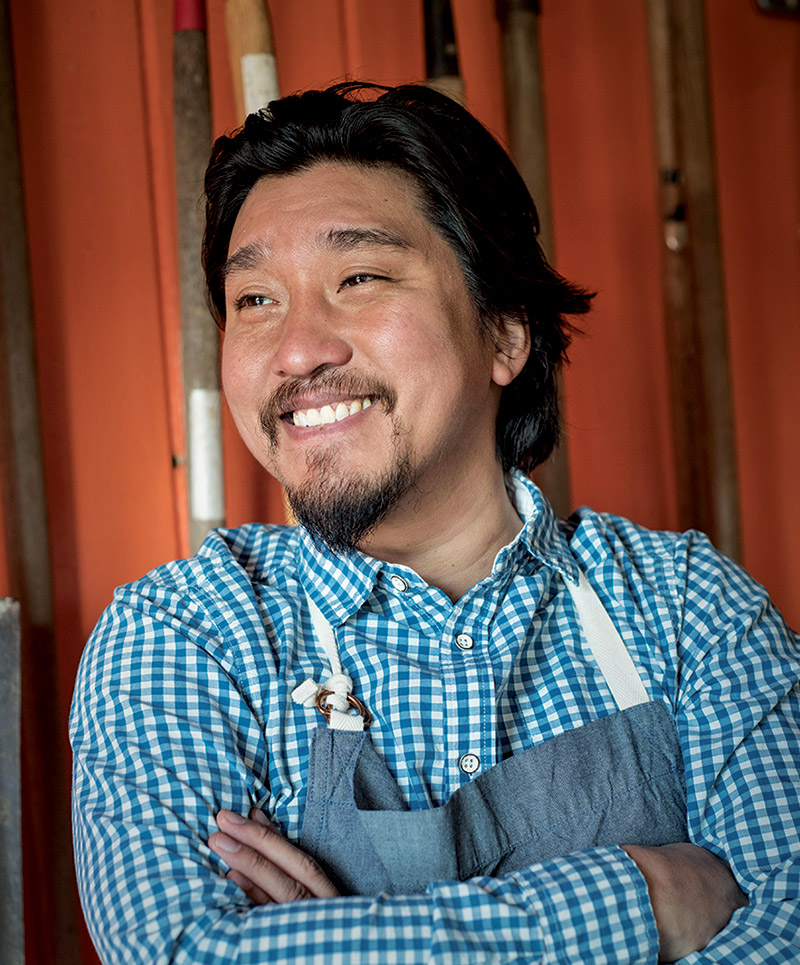 ❱❱ Nominated for a daytime Emmy for his role as host of the Emmy-winning series, “Mind of Chef” on PBS.

❱❱ Launched The LEE (Let’s Empower Employment) Initiative in 2018 to bring more diversity and equality to the restaurant industry. The nonprofit has donated over a million meals from restaurants across the country closed by the pandemic. Programs includes Smoke and Soul, Women Chefs in Kentucky and the recently launched Restaurant Relief Reboot Program.