Over the years, the charitable contributions of most independent restaurants have meant doling out gift certificates for fundraisers, sponsoring nonprofit organizations or banding together to cook for a cause.

But in the last decade, charitable efforts have taken on deeper meaning. Restaurants have grown closer to the people they help and the causes they support, all the while aligning their moral compass.

Fuel Pizza, which got its start in Charlotte, North Carolina, partnered with school districts to teach children about nutrition and the field-to-fork concept. In May 2013, 200 volunteers raised $200,000 to open Oregon Public House in Portland, Oregon, as a way to give back to the local community. Since then, the restaurant/pub has donated more than $206,000 to various charities, including one that the customers choose.

The pandemic, which left so many people jobless, including restaurant workers, sped up the change. Causes, specifically the #MeToo movement and social unrest a year prior, also pressed the industry to take a closer look at itself and to take care of their own. For example, Chef Ed Lee launched Let’s Empower Employment 2018 to address diversity, equity and sustainability, while the James Beard Foundation reworked its mission to be more inclusive.

“There is an opportunity now for momentous change,” Lee says.

Ask anyone in the business why they tolerate back-breaking hours, holidays and milestones away from family, the drama of personal lives disrupting shifts and the precarious earnings. The response will be quick and similar.

That reason for being in the business has extended to helping the community in a way that’s never been seen collectively. Just a few taps away from reaching their peers and thousands of customers on social media, chefs and restaurateurs wield a big microphone for doing good. 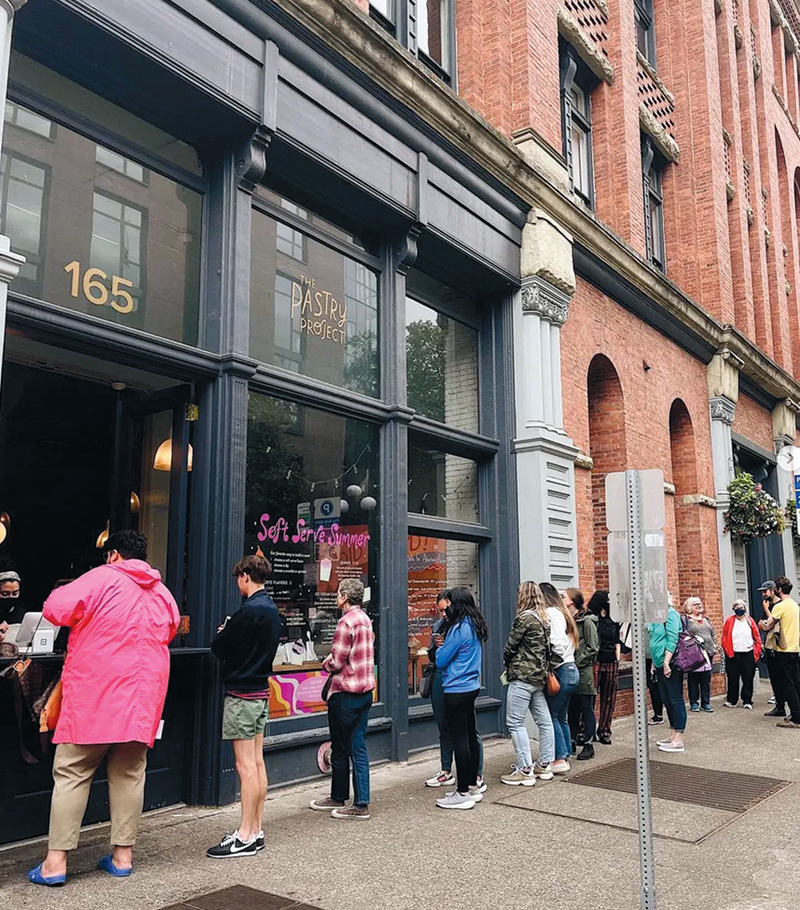 They’ll agree that a cultural shift started pre-COVID-19 as employers learned that nurturing and supporting staff would make for better workers. But the impact of the pandemic on lives and livelihoods lost, racial and political unrest and the accompanying stress of uncertainty pushed that caring beyond their walls.

Sponsoring school sports teams and providing free food to a nonprofit fundraiser have evolved into donating sizable chunks of time and resources to nonprofit organizations. Gauging from social media, restaurant owners and workers turn out in droves to answer calls for help now more than ever.

Arguably among the most notable, is Chef José Andrés and his nonprofit organization World Central Kitchen (WCK), that’s on-the-ground with food and resources whenever a humanitarian, climate or community crisis strikes. He lands anywhere, whether it’s in California when wildfires destroy homes or Houston when a hurricane devastates the area, and restaurant workers turn out in droves to volunteer. Many have flown to Ukraine on their own dime since WCK surfaced to feed communities hurt by the ongoing war with Russia. 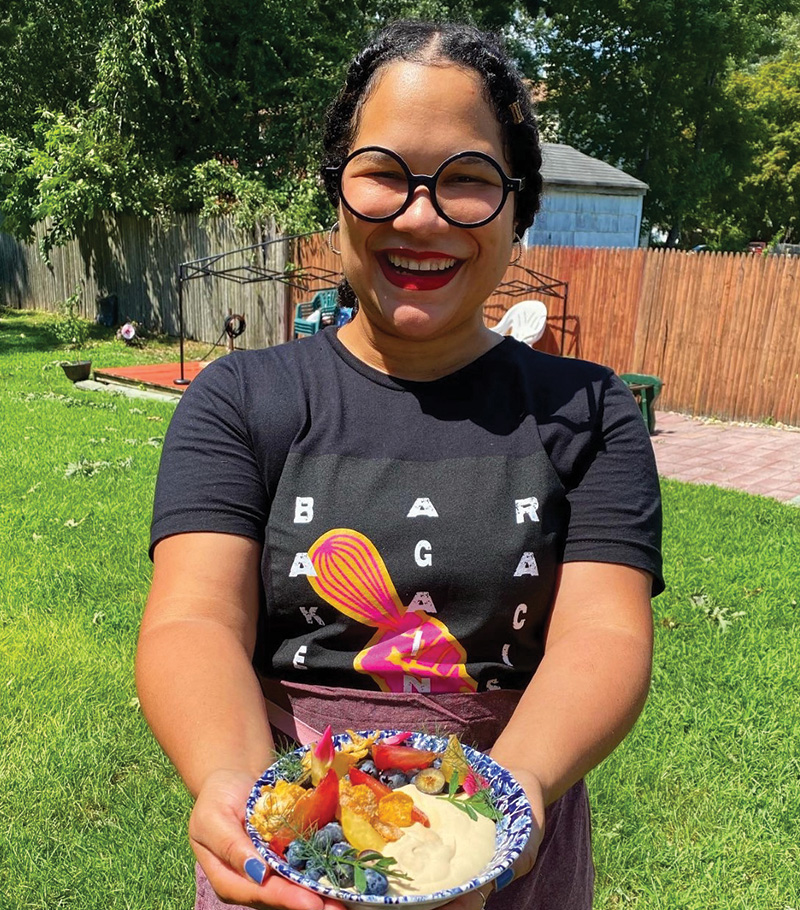 Because restaurants at the most basic level nourish people, they’re a natural place to help others. In March, chef Suzanne Goin and co-owner Caroline Styne donated more than $4,100 to WCK, all the proceeds from two nights of takeout from their A.O.C. restaurant and wine bar in Los Angeles. By using social media to spur sales, the effort also raised awareness about WCK and its efforts in Ukraine where the funds were dedicated. In July, the co-owners dedicated the month to encourage guests to support Planned Parenthood in response to the reversal of Roe vs. Wade and pledged to contribute as well.

Restaurants are also showing the power of grassroots efforts, specifically Bakers Against Racism which was started in 2020 by pastry chef turned social activist Paola Velez as a “social community, connecting bakers and creatives all across the globe to fight against racism in all of its forms.” The inaugural bake sale and its follow-up, Bakers for Ukraine, have raised more than $2.4 million from four continents and 200 U.S. cities representing 40 states.

Reproductive rights are human rights, according to chefs donating sales or organizing fundraisers.

LAST SEEN: Daisy’s donates 25% of its proceeds from pappardelle, while Big Jones pulled together a bake sale. Both Chicago restaurants support the Chicago Abortion Fund.

YOU CARE, WE CARE

Restaurants are wearing their mission on their sleeves, calling out their commitment to sustainability and caring for the planet on their websites and menus. This is smart, considering that 72% of consumers say they’re concerned about food waste and its impact on the environment.

IT’S HARDER THAN IT LOOKS

Pay-what-you-can models to make healthy food accessible to everyone are a challenge, but look no further than Panera Cares, which closed all of those locations. However, that doesn’t mean operators have stopped trying.

Co-op models aren’t new, but the restaurant industry is giving them a closer look as a way to affect equity, diversity and the labor shortage.

LAST SEEN: A Slice of New York, which has two locations, including San Jose, California, is succeeding with 45% of its staff with an ownership stake in the business. 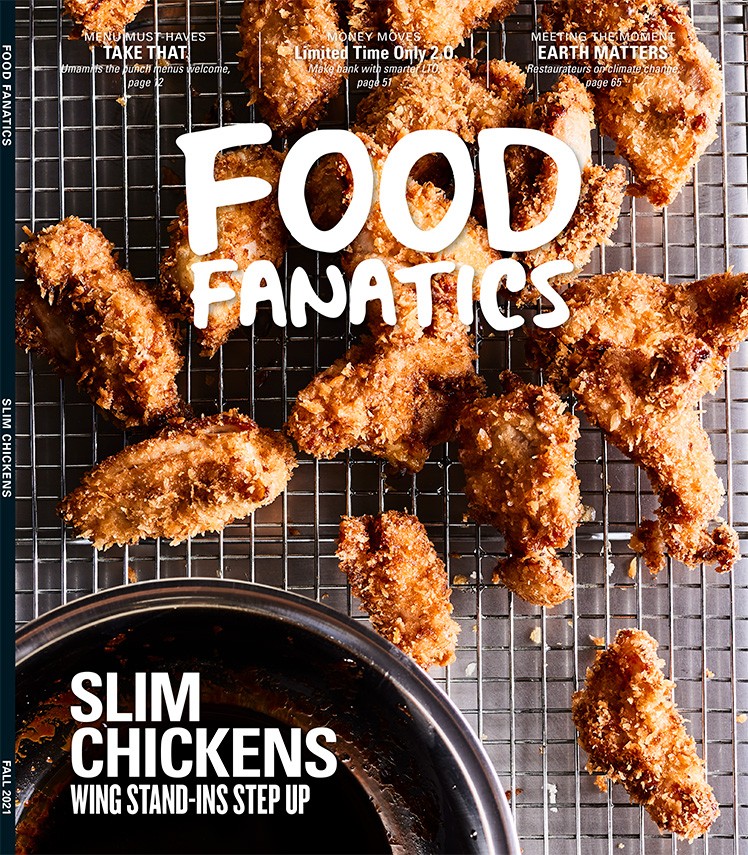 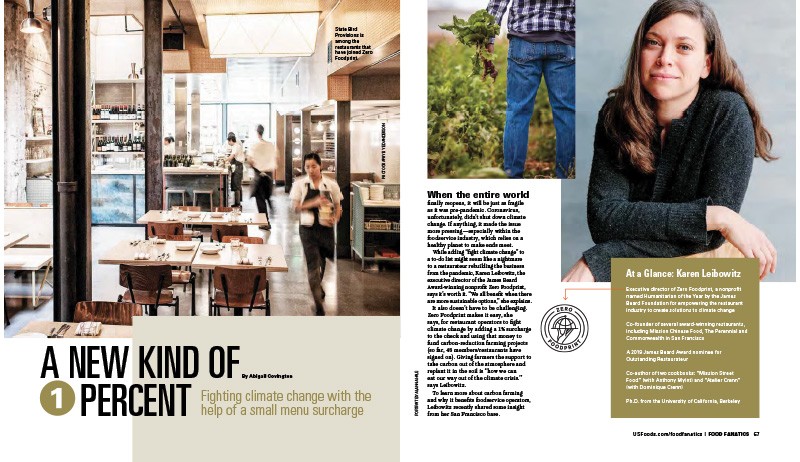