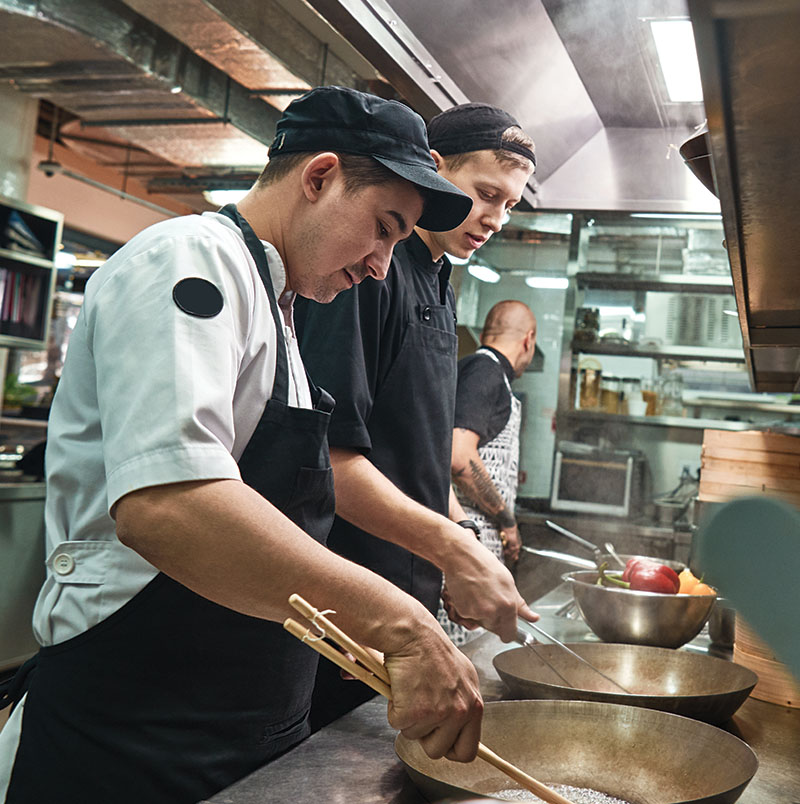 ►This holiday season looks to be a prosperous one for restaurants as consumers are likely to splurge in a market now largely free of COVID-19 –related restrictions.

But the new year is another story. The weeks following the holidays are traditionally slow times for the restaurant business, and with inflation remaining a major concern along with general jitters of global instability, this January could be especially slow.

“People are going to have a merry Christmas. They’re going to spend money; they’ve got savings. But they’re not going to have a happy new year,” says Gary Stibel, founder of New England Consulting Group in Westport, Connecticut, which advises restaurants and other businesses. “Gas prices are going to be high, inflation will continue, rent will be high … so this will be a more severe cutback than we’ve seen in years – probably decades.”

But restaurants can take steps now to stay top-of-mind, draw in guests during the colder/slower months and provide value, especially in 2023.

DO MORE WITH TAKEOUT AND DELIVERY

Many independent restaurants have mastered off-premise dining, and customers got used to it. Michael DeGano, vice president of operations for Denver-based Sage Restaurant Concepts, which operates mostly single-unit concepts in 17 states, said takeout hasn’t diminished since restrictions were lifted; it’s now just part of their business. For January and February, especially in colder climates where people tend to hunker down, he’s looking into recreating meal kits that helped keep many restaurants afloat during the 2020 lockdown. They contained raw or partially cooked ingredients with instructions to finish preparing the meals at home.

Customers only remember their most recent experience at a restaurant, Stibel said, so no matter how hectic the holiday season gets, make sure that each guest feels appreciated, and give them the special attention that is the hallmark of great independent restaurants. “Most of the chains can be mechanical because they have to be,” he said.

GIVE GUESTS A REASON TO COME BACK

“Capitalize on the rush of the holiday season by providing an offer to the guests you see in November and December that’s redeemable in January and February,” said Angela Zoiss, chief marketing officer of Chicago-based Bottleneck Management Group, which runs beer-focused concepts including City Works and Old Town Pour House as well as South Branch and Sweetwater restaurants.

“That could be a bonus offer or gift card purchases, a free gift that’s provided to each table around the holidays, etc. Find creative ways to put these offers in front of your guests while your restaurants are full.”

Stibel suggests accompanying your guests’ checks with a handwritten note – always a nice personal touch – inviting them back for a free cocktail, dessert or similar low-cost, high-impact item. 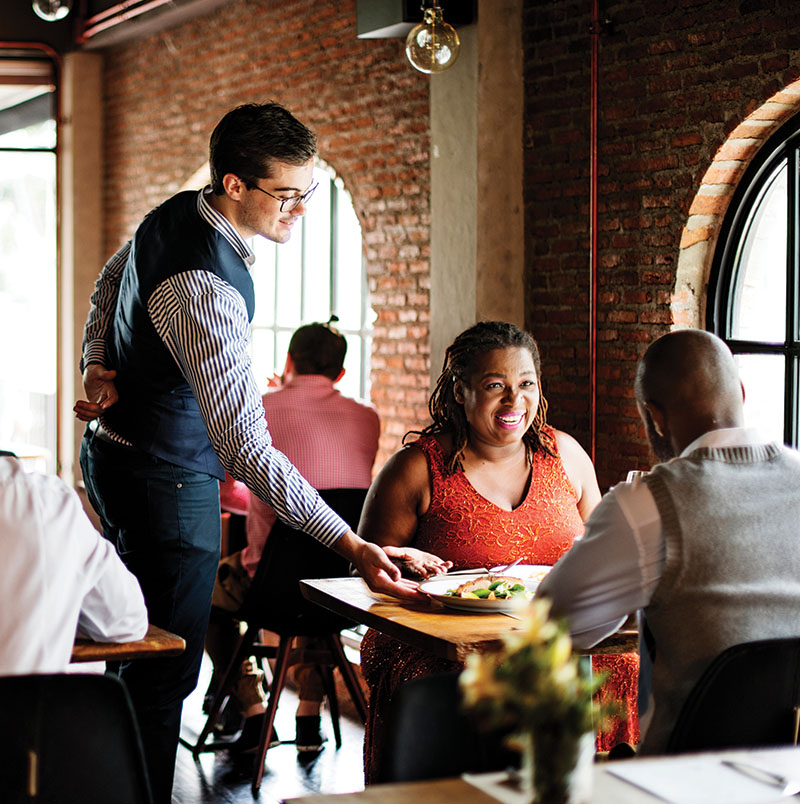 BUILD YOUR CONTACTS AND LEAN INTO REWARDS

“Turn off your answering machine,” says Stibel, and "make sure your phone is answered no matter how busy you are. Even if your restaurant is fully booked, take down everyone’s name, phone number and email address, and invite them back as business slows down."

“Lean into your rewards program,” adds Zoiss. “Offer special incentives to your most loyal fans in January and February.”

DeGano said Sage has been working on that for the past two years. “We’ve been focusing on building brand loyalty with guests,” he said. “We’ve grown our databases and have more interaction with our guests on social media. Let’s reach them where they are.”

The holidays are a time to splurge, but many consumers are likely to be feeling a debt hangover come January. DeGano said that while Sage won’t likely be lowering prices, they are likely to offer specials with lower price points, such as less expensive cuts of meat, and will promote them heavily via social media. 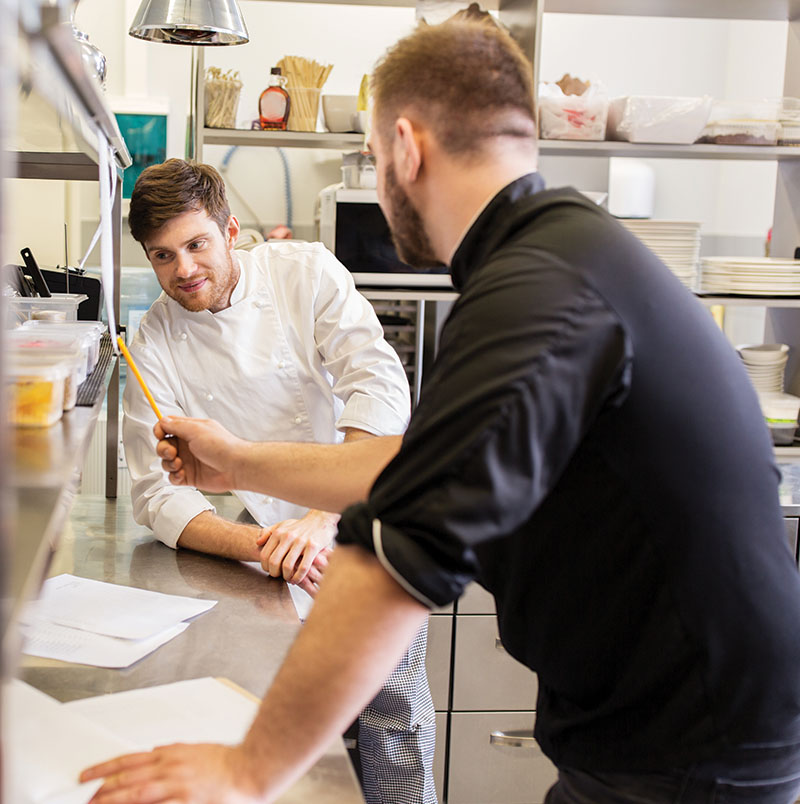 March has St. Patrick’s Day and NCAA college basketball championships, while the Super Bowl and Valentine’s Day are bright spots in an often-slow February. But restaurant operators can create their own special occasions at the beginning of the year.

Stibel pointed out that just as many people watch college football as college basketball. He suggested a January equivalent of March Madness. Zoiss suggested that if you host private or semi-private events, offer incentives to guests to hold them in January or February instead. “You can encourage guests to host holiday parties after the hectic season. Perhaps your event minimums are lower in January – February,” she said.

DeGano said January is also a great time to plan wine dinners, chef collabs or tributes to local celebrities or sports teams. “Start looking at that now,” he said. Although the holidays might be too busy for such activities, the first quarter is perfect for them.

Many operators are working to staff up during the holidays, but good workers are going to be hard to come by in the new year too, DeGano said. So rather than alienating them by laying them off or cutting their hours once business slows down in the new year, he suggests training them to handle different jobs, helping to keep them happy and employed during the colder months.