Just put more butter on it.

That was the golden rule for Southern chefs of a certain age who reduced the region’s complex cuisine to the four b’s: butter, bacon, barbecue and more butter.

It’s no longer true – and maybe never was. “That’s not what Southern food is about,” says John Currence, chef/owner of City Grocery Restaurant Group in Oxford, Mississippi. 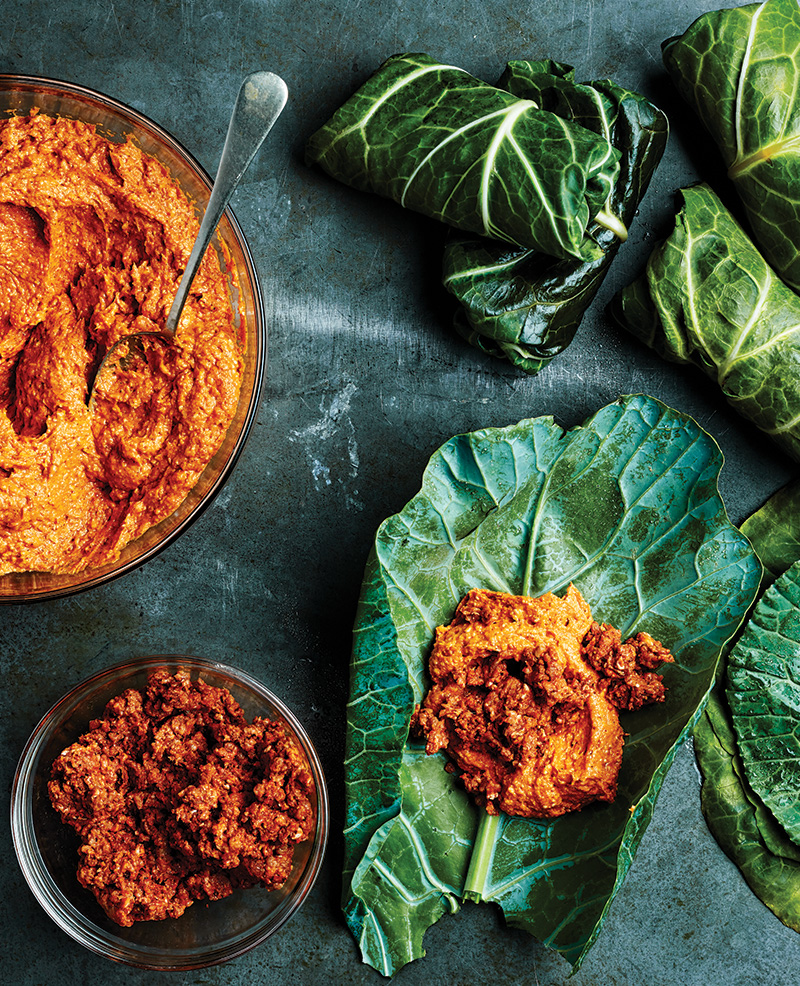 As the South experiences an influx of immigrants and transplants, chefs continue to be inspired by the region’s rich history of ingredients and foods brought by people from other cultures – from Africans of centuries past to more recent additions from India, Vietnam and Eastern Europe.

Fried chicken and cathead biscuits will always be favorites, but the real buzz is building around reinterpretations of classics that would confuse traditionalists. Collard green ramen? Indian-style shrimp and grits? Southern rice bibimbap?

“Southern chefs are embracing what it means to be a Southerner – that the South is a melting pot of so many nations coming together,” says David Bancroft, chef/partner of Acre and Bow & Arrow in Auburn, Alabama. In essence, new times call for new commandments. Here are seven to bank on.

Get to Know Your Neighbors

Southern food has always been ethnic food, says Currence. “It’s an amazing quilt of different (people) arriving in the most fertile area of the country and recreating their foods with ingredients indigenous to the South.” Recently, the Southern tent has expanded, allowing chefs to explore foods of migrant populations with incredible depth.

That’s the approach Chef Vishwesh Bhatt is taking at Currence’s restaurant Snackbar. Bhatt, who won this year’s James Beard Award for Best Chef in the South, smears green chutney on catfish sandwiches and gives creamed collard greens an Indian profile with cumin, sumac, green chilies and housemade paneer. The latter has the consistency of collards but the spiciness of Indian saag.

Once Bhatt started using Indian influences, Currence says that “interest in Snackbar exploded,” in part because “people love a narrative that comes with their food.”

Your Shrimp Could Use Some New “Grits”

At Garland in Raleigh, Chef and Co-Owner Cheetie Kumar serves a Southern spin on the Indian dish upma, a thick porridge typically eaten for breakfast. Instead of traditional roasted semolina or rice flour, Kumar folds in Southern ingredients, including local stone-ground grits seasoned with curry leaves, ginger and garlic, along with coconut oil-poached shrimp and a sauce made with roasted hot and sweet peppers. This take on shrimp and grits can be topped with a crispy okra garnish seasoned with chaat masala, a traditional Indian spice blend. Diners are drawn to its flavor – creamy, spicy and a little sweet due to the fresh corn – and subtly reminded of childhood comfort foods. “My favorite feedback from diners is, ‘Everything felt so familiar,’” Kumar says.

...WHENEVER YOU CAN GET YOUR HANDS ON AN INGREDIENT THAT THE GENERAL PUBLIC ISN’T FAMILIAR WITH, YOU CAN TELL YOUR GUESTS AN AMAZING STORY AND INTRODUCE THEM TO A NEW FOOD.

When a South Korean Kia car factory opened in Auburn, Alabama, Korean markets and restaurants followed. Chef David Bancroft was so impressed he created a Southern take on the Korean rice dish bibimbap, swapping in Carolina Gold rice, beef cheeks and sesame collard green salad. Even his kimchi gets a Southern drawl; sweet potatoes stand in for cabbage. “I make it completely my own by sourcing everything locally as much as possible so there are as few miles between me and the food source as possible,” he says. “People enjoy seeing a familiar food hit the table in a bizarre way.”

There’s Nothing a Good Collard Can’t Do

“What’s really great about Southern food now is that people are going into their family history and presenting dishes they had as kids in new, exciting ways,” says Todd Richards, chef-owner of Richards’ Southern Fried in Atlanta.

That’s the inspiration behind Richards’ collard greens ramen. His mother loved Chinese food; his frugal father wouldn’t let any food go to waste. So they cooked leftover ramen in collard green pot liquor made with bacon drippings, smoked ham hocks and bourbon. The offering is the most popular dish at Richards’ spot at the Atlanta airport, One Flew South. “It’s very comforting to diners,” Richards says.

For African American chefs and diners, this new openness particularly resonates, since many Southern foods, including okra, originated in west Africa. “Now there’s more value in our food,” say Richards. “When chefs say my grandmother did it this way or that way, we’re having conversations about black culture through our food.”

Embrace the Border With Southern-Mexican Mashups

Mexican influences are embraced in the South – and not just through Tex-Mex. “You can always pick up that Mexican flair at Acre,” says Bancroft, who grew up in San Antonio, Texas. Locally grown sweet potatoes are paired with masa for his Alabama tamales, which include chorizo made with locally farmed venison. Instead of corn husks, the mixture is wrapped in collard greens, making the wrapper edible.

“It has all of the nostalgia of the tamale, but it’s made with straight Alabama ingredients,” Bancroft says.

In 2019, the James Beard Foundation gave both its top chef and outstanding pastry chef awards to SOUTHERN CHEFS: ASHLEY CHRISTENSEN of Poole’s Diner in Raleigh, North Carolina, and KELLY FIELDS of Willa Jeans in New Orleans, respectively. It’s a sign of popularity and respect for the new South, chefs say.

“What I’m really loving about Southern food today is that people are diving deep into the history of their regions,” says Katie Button, executive chef and CEO of Katie Button Restaurants in Asheville, North Carolina. 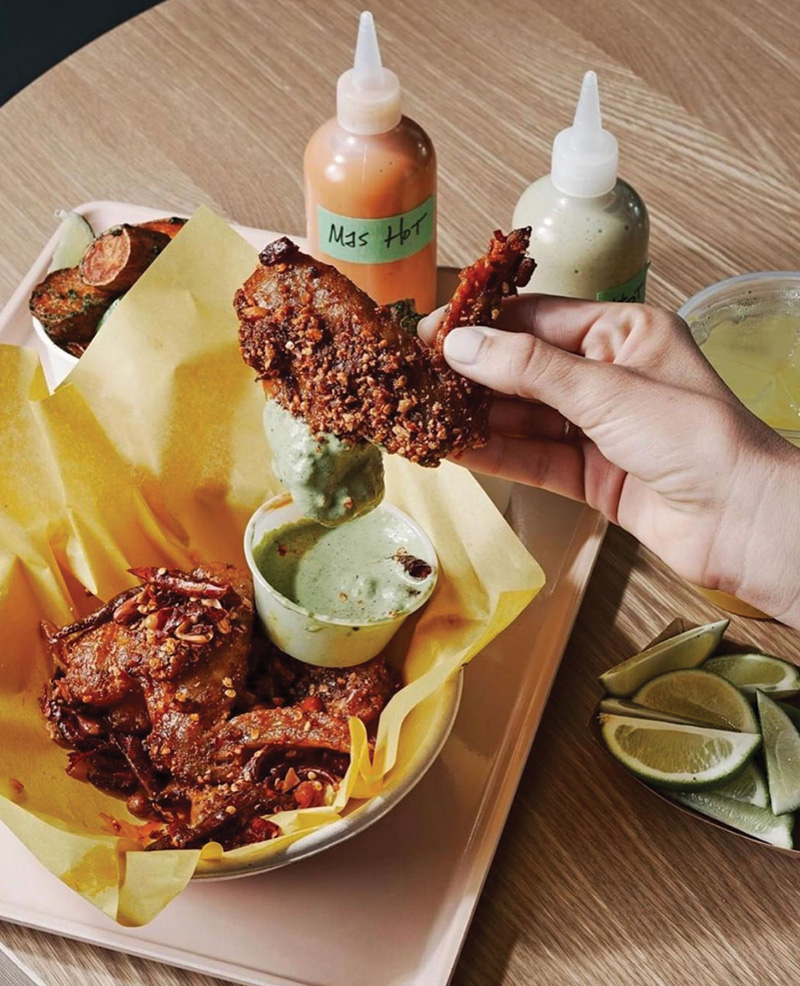 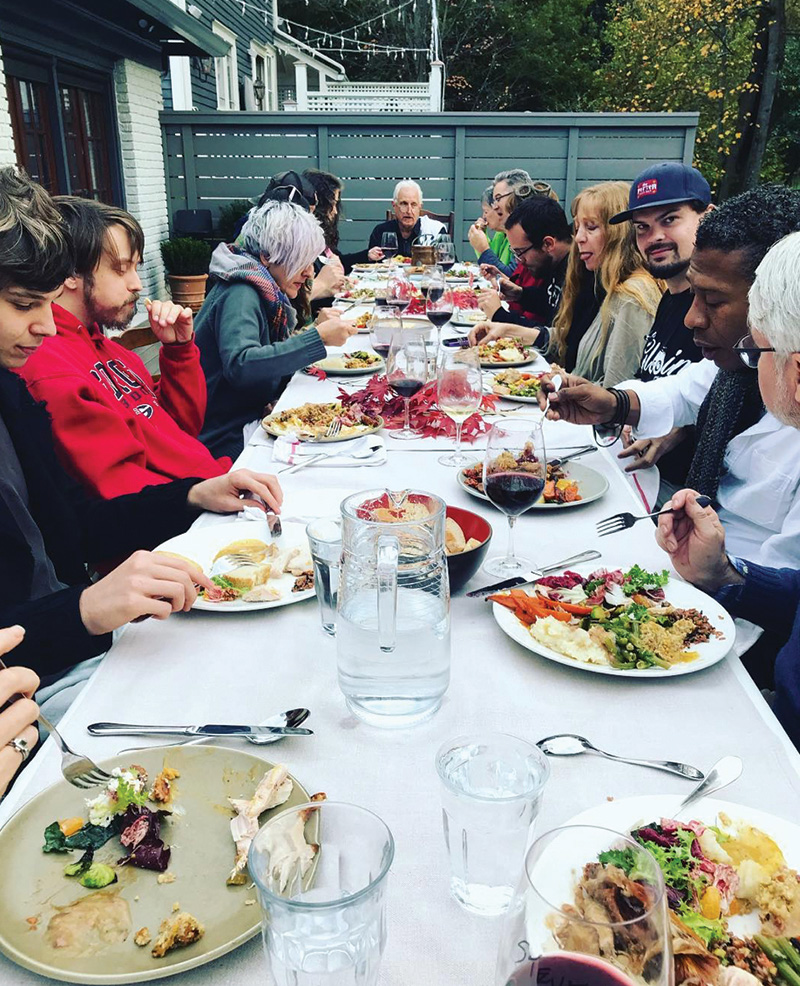 Enamored with Appalachian fare and ingredients, Button pairs greasy beans with sorghum syrup, a molasses-like sweetener grown easily in the Appalachian mountains that once was regarded as a cheaper alternative to sugar. At her bagel shop, Button & Co., Button serves a fig and sorghum bagel, an Appalachian riff on the classic cinnamon raisin bagel that keys in on the molasses notes.

“Chefs are always looking for something different, so whenever you can get your hands on an ingredient that the general public isn’t familiar with, you can tell your guests an amazing story and introduce them to a new food.”

Think globally, harvest locally is the South’s rallying cry. It’s about “seasonal purity,” says Jon Buck, executive chef at Husk in Greenville, South Carolina. “That’s historically the way food was created: what was in the field today inspires the preparation of the food.”

WHEN CHEFS SAY MY GRANDMOTHER DID IT THIS WAY OR THAT WAY, WE’RE HAVING CONVERSATIONS ABOUT BLACK CULTURE THROUGH OUR FOOD.

The more you can pickle, can or dry tomatoes or okra, the better, Buck says. But the real lure comes from serving rare heirloom vegetables.

North Georgia candy roaster squash is an excellent winter ingredient that, as its name suggests, has a sweet taste. It stores well at room temperature for months.

Expect to see Sea Island red peas – creamy and slightly sweet – on more menus. They dry and freeze well, so Hoppin’ John can be served even in the winter.

Keep Up, Be Inspired

Chefs stay in touch with one another and diners directly in the age of social media. The handles below are Instagram unless otherwise noted.