A STEAK TO CLAIM

Red meat is still a driver

America’s relationship with beef seems complicated, given the yearly ebb and flow of consumption over the last decade along with the growth of vegetable-centered options and plant-based proteins. Don’t forget the fact that beef isn’t the healthiest option, and cattle is killing the environment.

But the reality is diners still want beef, and restaurants are where they’ll go to satisfy the craving, especially if they trade down to chicken at the grocery store because it’s cheaper than steak as the USDA predicts. 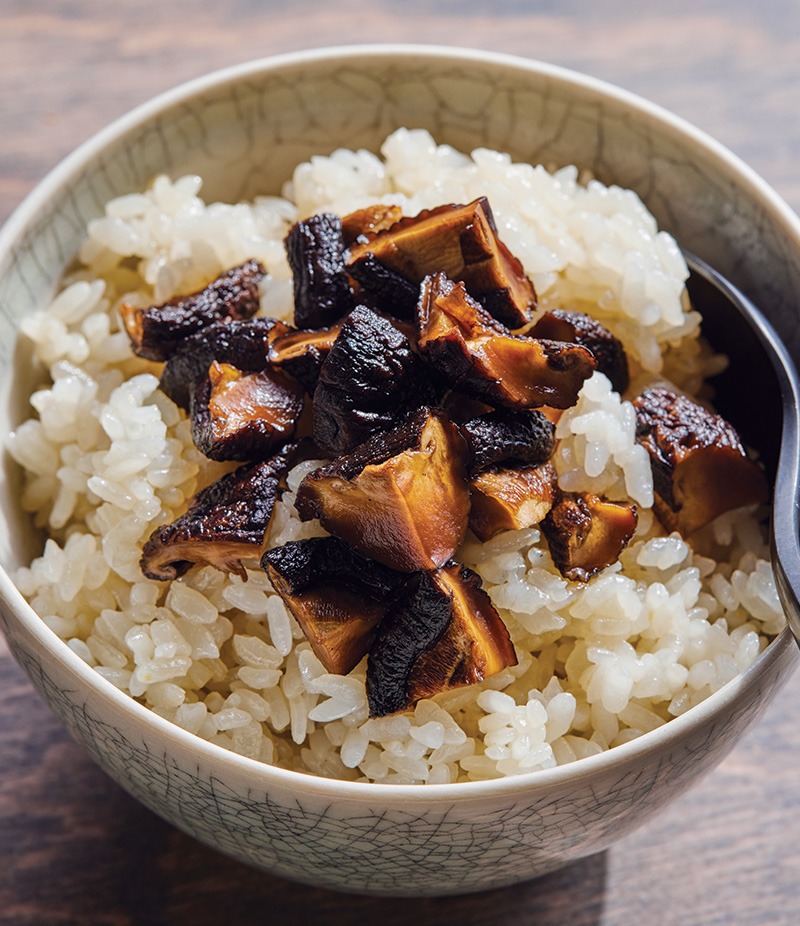 Over the last decade, steak has evolved and so have diners. À la carte steakhouses of the early 2000s thrived but then gave way to the popularity of aging meat, the debate between wet and dry to maximize tenderness and flavor, and then the transition to prime and wood-fired steaks.

Celebrity chef chophouses, which made Las Vegas its epicenter, continue to grow and expand, with José Andrés opening a Bazaar Meat in Chicago and Tyler Florence launching Miller & Lux in San Francisco, both last year.

Themed chophouses have also made their mark, specifically Italian, and in the last few years, Korean and Asian-themed.

All the while, many low- to mid-range steakhouses have shuttered as beef prices have steadily increased. Restaurants countered with lower-cost underutilized cuts, but prime cuts still come at a cost.

The current trend of high-end meat tasting portions couldn’t be better timed, considering what’s top of mind in 2022 and the year to come: health consciousness, recession worries, $50+ for a steak entrée and overall higher prices for consumer goods. A small taste of luxury can be large and incredibly satisfying.

There is a projected decline in beef consumption in pounds per capita in 2022 (a similar modest decline is forecasted for 2023) because of lower livestock inventory. However, the decline shakes out to 10.3 pounds higher in consumption per capita than the 2012 to 2021 average, indicating that the growth in vegetable dishes, plant-based foods and climate change may have limited impact on consumer behavior toward beef. 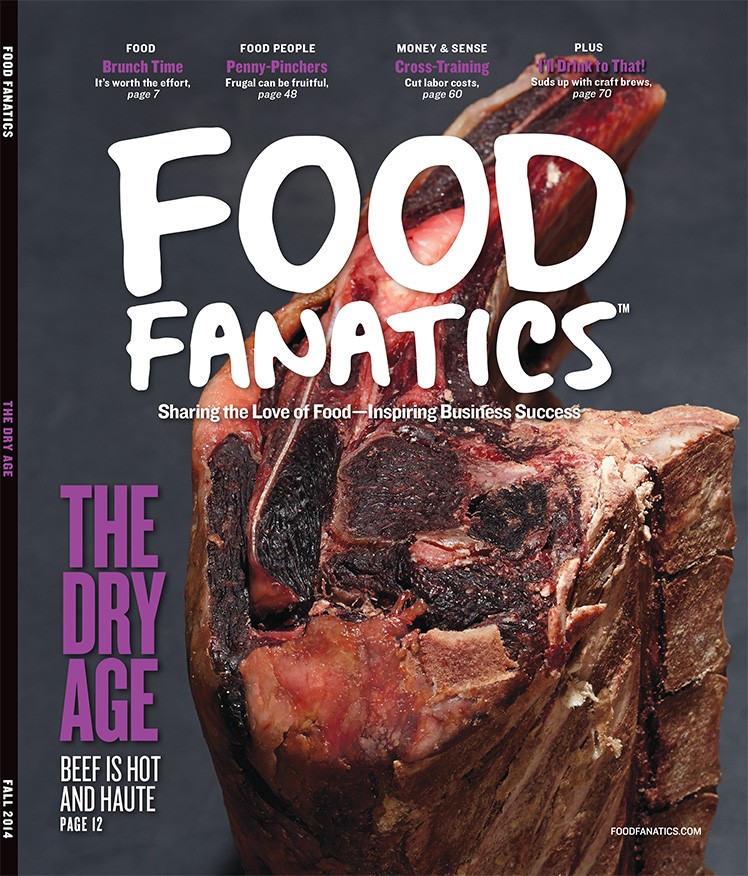 ► After a decade of decadent steaks where the focus has been go big or go home, today's diners still want the flavor but a different kind of indulgence. Carnivores can now command size and variety. 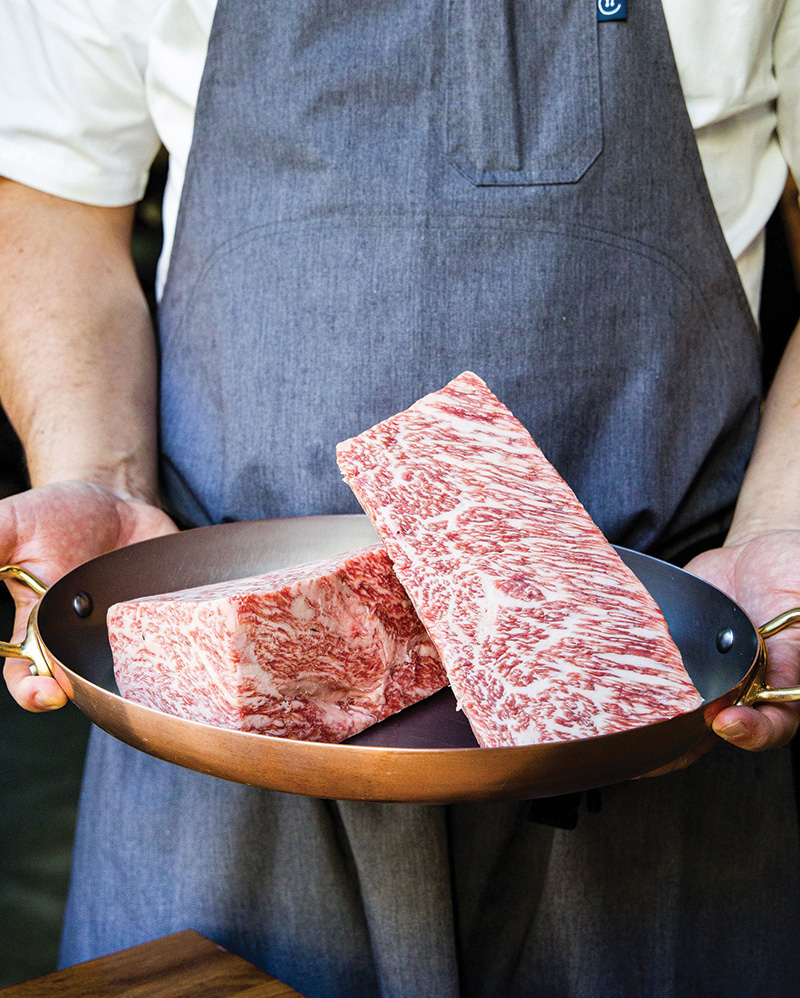 “Instead of committing to a 16-ounce porterhouse, you’re getting seven different cuts from multiple animals, says Simon Kim, executive chef of Cote, New York City's first Korean steakhouse that opened in 2017. “It gives you so much more content and stimulation, and it’s more of a journey. Whether you love it or don’t like a bite as much, it’s time to move on.”

Cote’s 10-course, $185 steak omakase totals about 8 ounces of meat, including both wet- and dry-aged beef, American and Japanese wagyu and grand cru galbi. It also includes banchan – vegetable side dishes – so that diners get a sense of value but also don’t feel like they’ve overindulged from the richness of the intensely marbled meat.

By the time Kim brought Michelin-starred Cote to Miami last year, the trend had spread across the country. His omakase-style steak option coincides with another trend in steak. Similar high-end beef offered by the bite (or two) is a hallmark of Bazaar Meat by José Andrés (in Chicago and Las Vegas) and RPM Steak in Chicago. The luxe meat is a draw but not the focus, which positions them as an add-on or a way to build side dishes around. It satisfies the carnivore in meat-indulging diners, while not adding guilt for those trying to eat healthier or committed to reducing their carbon footprint.

Stake Chophouse & Bar in Coronado, California, offers a trio of tastings in 3-ounce portions of picanha, New York strip and Japanese A5 wagyu. Bazaar Meat offers a “Tasting through Japan” experience with five different breeds and cuts of wagyu meat from five different Japanese prefectures. Diners can choose from olive wagyu sirloin from Kagawa or sendai chuck roll from Miyagi, all available in 1-ounce portions prepared tableside on an ishiyaki stone.

“We wanted to respect this culinary treasure by keeping it as pure and traditional as we can,” says Alex Pitts, executive chef at Bazaar Meat. “We use a really fantastic Shiro Yuasa soy sauce and brush it on with a Japanese horsehair brush. We recommend just 1 ounce per person – wagyu is and should be regarded as a very special treat.” Pitts admits that their wagyu service is a loss leader, but they’re committed to preserving this section of their menu to elevate the guest experience. 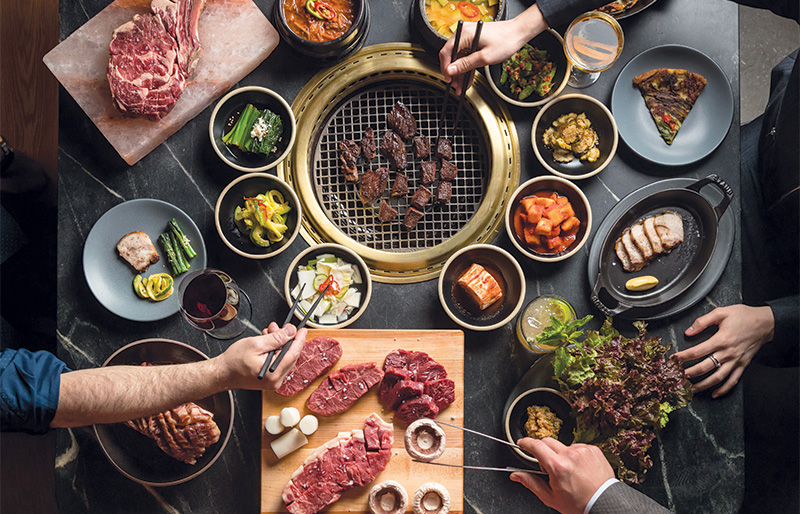 At Michelin-starred Niku in San Francisco, guests are presented with a board of raw A5 wagyu steaks before ordering to illustrate the differences in marbling and flavor. Diners choose their steak knife from a box presented tableside, and tasting portions of steak are accompanied by freshly ground local wasabi from Half Moon Bay to cleanse the palate between bites.

To pair with these higher-priced, small, rich bites, side dishes at Niku also reflect a bit of luxury, like buckwheat parker house rolls with wagyu butter, but with a more affordable price of $10. Chef Dustin Falcon, executive chef at Niku, also uses fat trimmed from steaks in dishes ranging from potato stacks to a wagyu fat brownie.

Chef Marc Zimmerman shies away from “steakhouse” when describing Gozu, his wagyu-centric restaurant that utilizes the whole animal with Japanese and Californian influences.

“Beef is incorporated through the menu in many ways,” he says. “We do whole muscle curing to make bacon, lardo and other charcuterie.” Tallow is used in pastries and confits while lean cuts are fermented with koji, water and salt, resulting in a beef shoyu.

Zimmerman also serves wagyu simply grilled and glazed with tare and uses wagyu dashi to fortify his chawanmushi egg custard, a staple on the menu since opening in 2019.

“Our dashi is made from a combination of both wet- and dry-aged beef which contains high levels of glutamate, resulting in additional umami,” he explains. “Trim comes from any number of cuts as we work our way through an animal.” 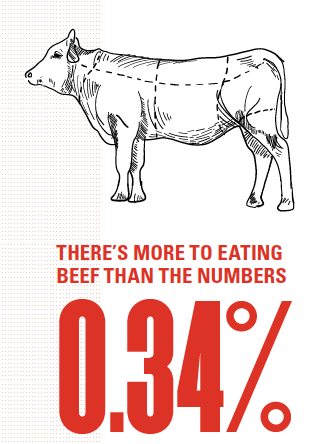