When good food and attentive service aren’t enough to draw diners into restaurants, operators have an intriguing new option: upping the entertainment quotient.

It might involve shopping, themed live music or even axe throwing. And while restaurants are looking for ways to be more entertaining, the original experiential concepts – arcade games and bowling – are making food the marquée attraction. 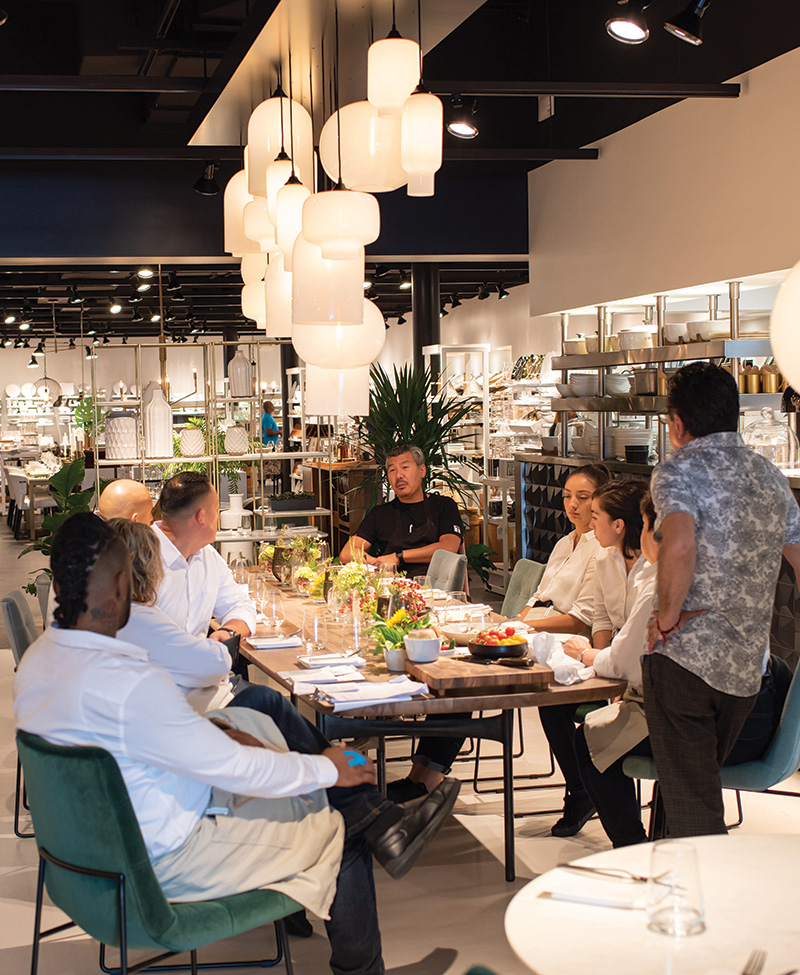 Call it next-level eatertainment: a fusion of noteworthy food, service and recreation all in one place.

“There’s very much a shift in people wanting some sort of experiential dining,” says Nicole Mattson, who opened Nocturne Jazz and Supper Club in Denver with her husband, Scott.

A few decades ago, as chefs increasingly became celebrities, dining out was the entertainment. But now that chef-driven restaurants and open kitchens are the norm, meals can be taken to-go or delivered, and streaming services provide seemingly endless programming at home, consumers need more of a reason to drop the remote. 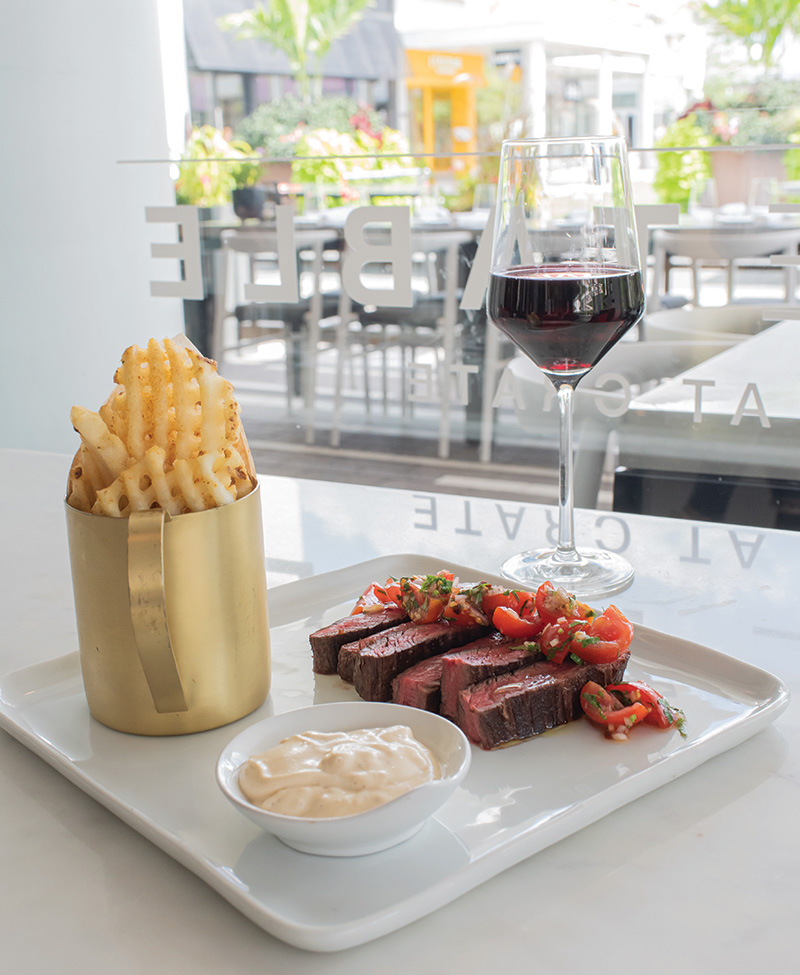 “Adding a social component increases the length of stay and the market reach,” says Randy White, CEO of White Hutchinson Leisure & Learning Group, a consultancy in Kansas City, Missouri. “How far people will drive is a function of their length of stay.”

In other words, if an experience is worth sticking around, people will see it as worth a drive across town, providing opportunities for operators to increase sales.

Indoor sports, such as table tennis, shuffleboard, bowling and video games, require larger spaces – but the right formula can lead to success. Take Josh Wolkon’s Ace Eat Serve, a ping pong concept in Denver’s Uptown neighborhood. The 9,000-square-foot former garage space focuses on Asian options, such as dim sum, ramen and bao buns – a departure from the expected burgers and pizza – and also caters to a business clientele. With a 500-person capacity and AV gear to draw corporate clients, it’s become one of Wolkon’s most profitable concepts under Secret Sauce Food and Beverage, his company that’s run Denver-area restaurants for two decades. 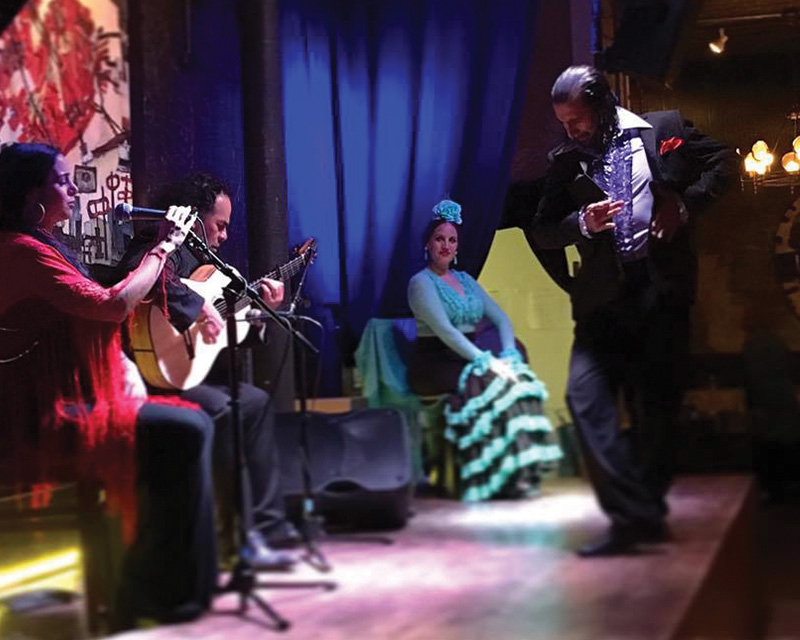 “We are restaurateurs first,” he says, “and we want guests to visit Ace for the food and bar program first, and then stay for the ping pong.” It’s common for guests to stay three or four hours – with check averages hovering around $30, with solid restaurant traffic.

In Atlanta, Justin Amick and William Stallworth are rolling strikes with The Painted Pin and The Painted Duck, which are a universe away from old-school bowling alleys. Amick, whose family owns the Concentrics Restaurants group, says he was “tired of the monotony of traditional dining” and wanted an alternative to the dinner-and-a-movie routine. The Painted Duck offers a long list of activities, such as 16 duckpin bowling lanes, indoor horseshoes, basketball and snookball (a hybrid sport that blends pool with soccer), while the Painted Pin offers traditional bowling, pub games, bocce courts, ping pong, skee-ball, Southern-style skittles and other games. 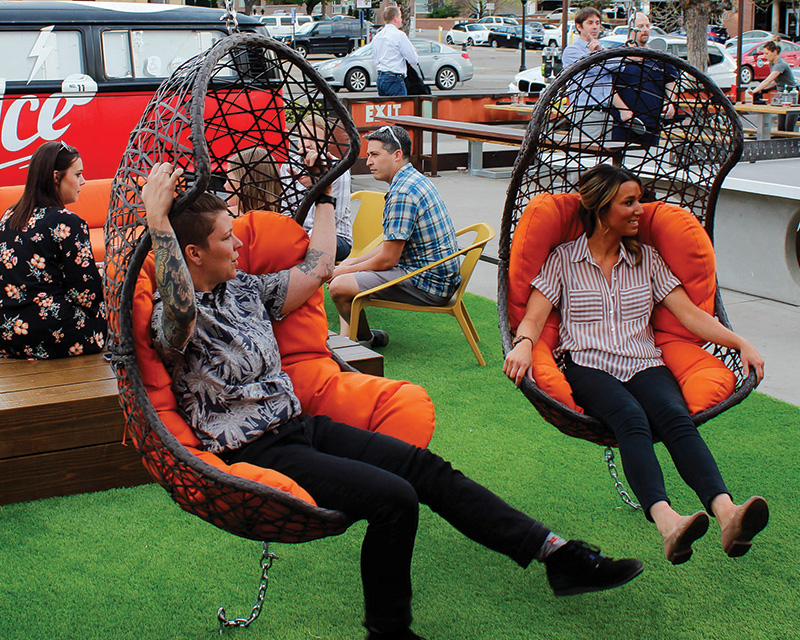 Chef Thomas Collins’ menu at The Painted Duck specializes in “backyard bar fare” – shareable small plates, dips, sliders, skewered wood-fired meats that can be eaten while playing – and a full bar program by acclaimed mixologist Trip Sandifer, which feeds into the live music and dance floors.

“We are very busy,” he says, with checks averaging $40 to $50 and guests’ visits ranging from two to five hours.

The Mattsons wanted to open a jazz club, but determined that their target audience wasn’t as familiar with that type of music as older audiences, so they decided to focus on a food- and cocktail-first concept with a jazz angle. “We thought that instead of opening a jazz club that would appeal to jazz fans, we would appeal to the food and cocktail fans and add some jazz in, and hopefully they would fall in love with the music,” Nicole Mattson says.

The modern American menu ventures beyond lounge food, with items like pan-roasted scallops, coconut curry mussels and Southern-fried pork paillard. Nocturne also features a five-course tasting menu tied to a classic album. When a new menu debuts, local musicians perform their version of each piece. The events tend to sell out, but the menu is available for a few months. 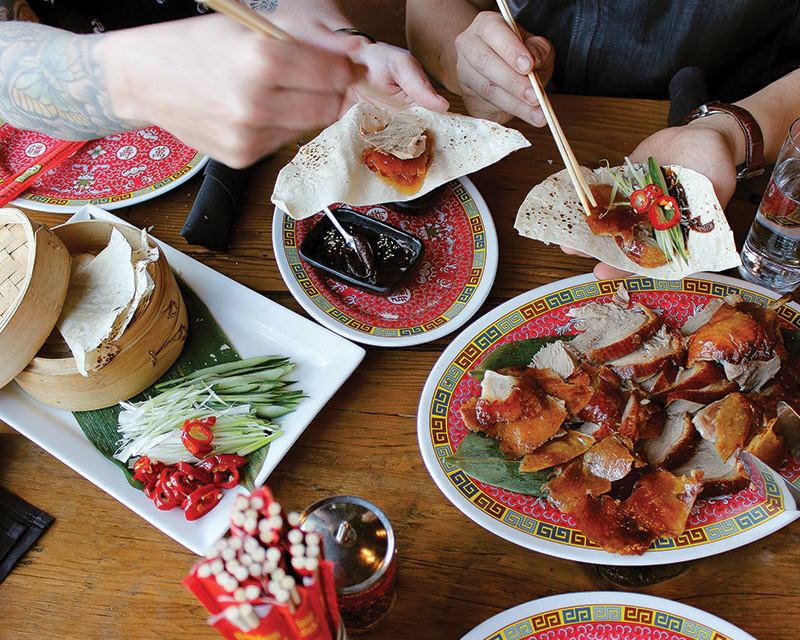 Nocturne guests spend an average of $45 to $55, Mattson says, and tend to linger for two and a half to three hours. The club also adds an artist fee of $8 to $25 to each check to ensure fair pay for the musicians.

“Having jazz music performed on stage adds to the draw,” says Mattson. “It gives people a reason to go out on a Tuesday night.”

In Chicago, Artango Bar & Steakhouse draws crowds with its in-house dance performances. After running a tango school for many years, Maria Casanova, with the help of her husband, Sebastian, opened a spot modeled after milongas, the dance-centric supper clubs of 1920s-era Buenos Aires, Argentina. It offers live music, tango lessons and Argentine food and Prohibition-era and Latin cocktails.

Artango patrons spend an average of $52, Casanova says, but the restaurant also attracts neighborhood regulars. The entertainment and beginner tango lessons cast a wider net. “People check the calendar and keep coming back. We get people from far away and all over the city,” she says.

<h3> No Dining and Dashing

Retail-based restaurants, once a department store mainstay, are back as a way to revitalize in-person shopping. In July, two brick-and-mortar concepts added restaurants: the Chicago flagship Lululemon store, which specializes in yoga clothing; and Crate & Barrel, which sells furniture and housewares. Canada-based Lululemon’s first foray into food is run by Blue Plate Catering, and includes a burger and beer along with healthier items, such as salads and smoothies.

The Table at Crate, Crate & Barrel’s first in-store restaurant, which opened over the summer in Oak Brook, Illinois, is run by Cornerstone Restaurant Group and acclaimed chef Bill Kim. It poses the question: Will a stellar meal or tea service motivate diners to buy the Crate & Barrel wine glasses, dishware, chairs or tables linked to the experience?

“Food and beverage is a natural extension of the brand,” says a Cornerstone spokesperson. The restaurant is intended to drive business to the store, and vice versa. “It can create more of a destination for customers and guests, who can combine it into a whole day trip. A couple shopping for their registry might turn it into a date night, for example,” she adds.

These diverse concepts succeed by offering something video games, Netflix and a comfy sofa can’t: novelty. “Digital entertainment is your No. 1 competition,” White says. “You need to offer something unique that people cannot get at home.”

Everyone Just Wants to Have Fun

When nearly 1 in 3 people prefer a bar or club with an activity, food and drink in one place, restaurateurs have an opportunity to cash in. A recent survey by Seven Rooms, a hospitality marketing firm, shows:

25%
People who say they have more fun at venues that combine activity with food and drink than traditional venues.

24%
Respondents who wish more nearby venues combined an activity with food and drink.

21%
Respondents are willing to spend more money on a night out at an “eatertainment” venue than a traditional venue.

Take aim: Axe throwing, a Canadian pastime, has made its way to a variety of U.S. cities, such as Boston, Detroit and Charlotte, North Carolina. Some promote food as the draw, such as The Corner in Ferndale, Michigan, which features axe throwing and board games.

DIY: 111 East, named after its address in the newly-developed retail, restaurant and residential Boston Seaport, takes hotpot out of its typical Chinese enclave and into polished mainstream dining. Diners cook their own meals tableside, surrounded by modern decor, a soundtrack of house music and attentive service.