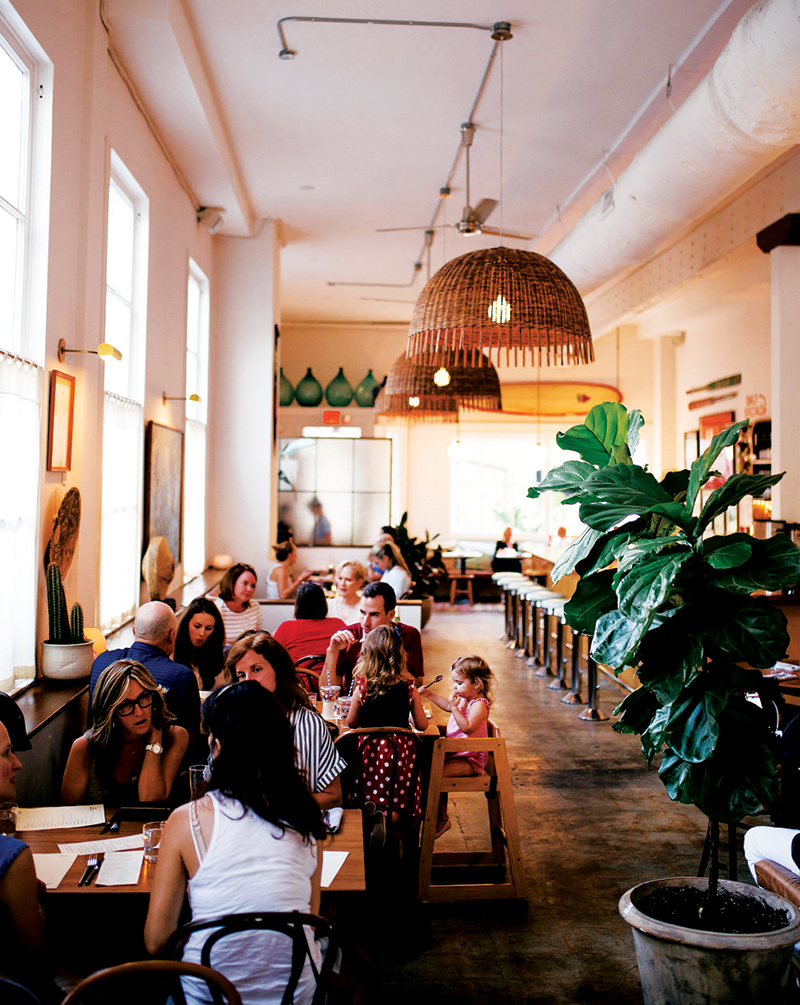 Forging deals with influencers is often a sure-fire way for restaurants to stay in the social-media conversation. Research from SevenRooms, a technology-based hospitality solutions firm, found that 35% of respondents chose a restaurant after seeing it on social media, while millennials are twice as likely to be persuaded as those over 55. 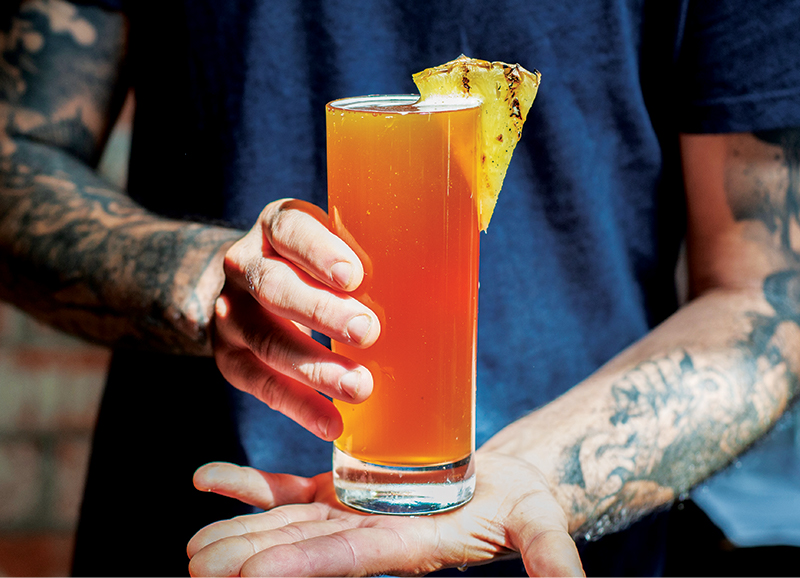 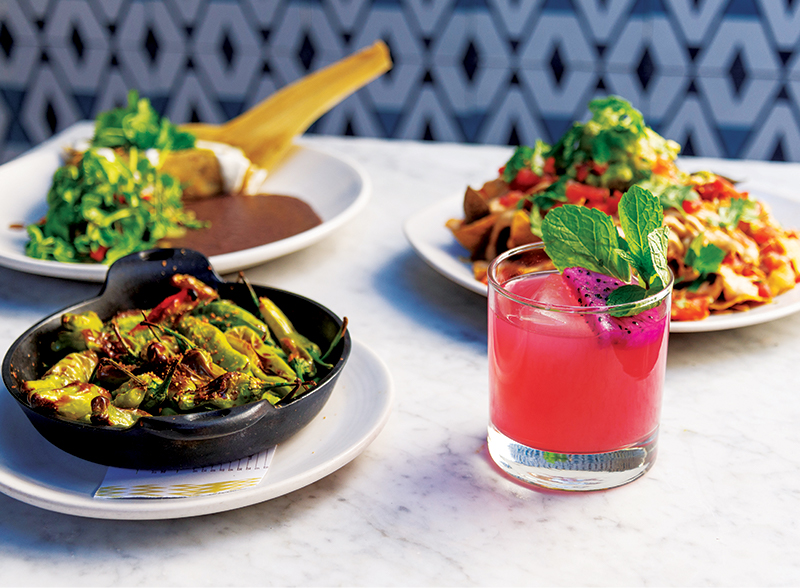 “We are always looking for exposure,” says Pennington Pribbenow, chief operating officer for Red Pebbles Hospitality, which operates Nashville restaurants Adele’s and Pemrose, among others. “We can run great promotions and do great food and beverage, but we have to put that in front of the community so that they think of us first.”

To win with influencers, operators need to form mutually beneficial partnerships, rather than give free meals for lackluster posts. The best arrangements provide influencers with content that draws new followers, while providing targeted publicity for the restaurant. That means developing a strategy that attracts valuable partners while rejecting the opportunists merely on the prowl for freebies.

Always ask: does an influencer’s brand and followers align with the target audience? The Love Serve Remember restaurant group – which operates Cafe Gratitude, Gratitude Kitchen & Bar and Gracias Madre in California – is selective, focusing primarily on those who are passionate about organic produce and sustainable agriculture. “Non-vegan cakes, ultra-loaded ice cream sundaes (and) sustainable fishing are all interesting topics,” says the group’s retail and brand manager Talia Dinwiddie. “But these aren’t focuses for our brand.”

Rather than comping a meal and allowing influencers to highlight whatever they want, consider implementing stricter parameters. Management at Handcraft Kitchen & Cocktails, which includes locations in New York and Mount Pleasant, South Carolina, only comps what it wants to promote. Meanwhile, Love Serve Remember restaurants reserve specific reservation slots for influencers and give them a gift card with a set amount to spend. In return, influencers are responsible for paying 20% gratuity and sharing a set number of posts within a specified time frame. “If we aren’t clear with a policy to an influencer that’s where things get sticky,” says Dinwiddie.

Collaborate for a Cause

Kate Towill, owner of Basic Kitchen in Charleston, South Carolina, says she’s moving away from doling out free meals in favor of influencer-supported events. Last summer, Basic Kitchen launched the Salad Project, a collaboration with local influencers that benefited Green Heart, a local nonprofit that educates youth about healthy eating habits through school gardens. Towill chose six influencers – from a plant-based food advocate to a fitness instructor – to create their own salads with proceeds benefiting Green Heart. Although no money was exchanged, it was considered successful because influencers drew traffic to Basic Kitchen, the event promoted influencers’ accounts and capital was raised for a charity.

If you don’t have the expertise or time to work with influencers, outsource the work. Avli Taverna in Chicago enlists a PR agency to communicate with influencers and handle traditional tasks, such as writing and distributing press releases. “I realized I could never do this as effectively as they can,” says partner Lou Canellis. 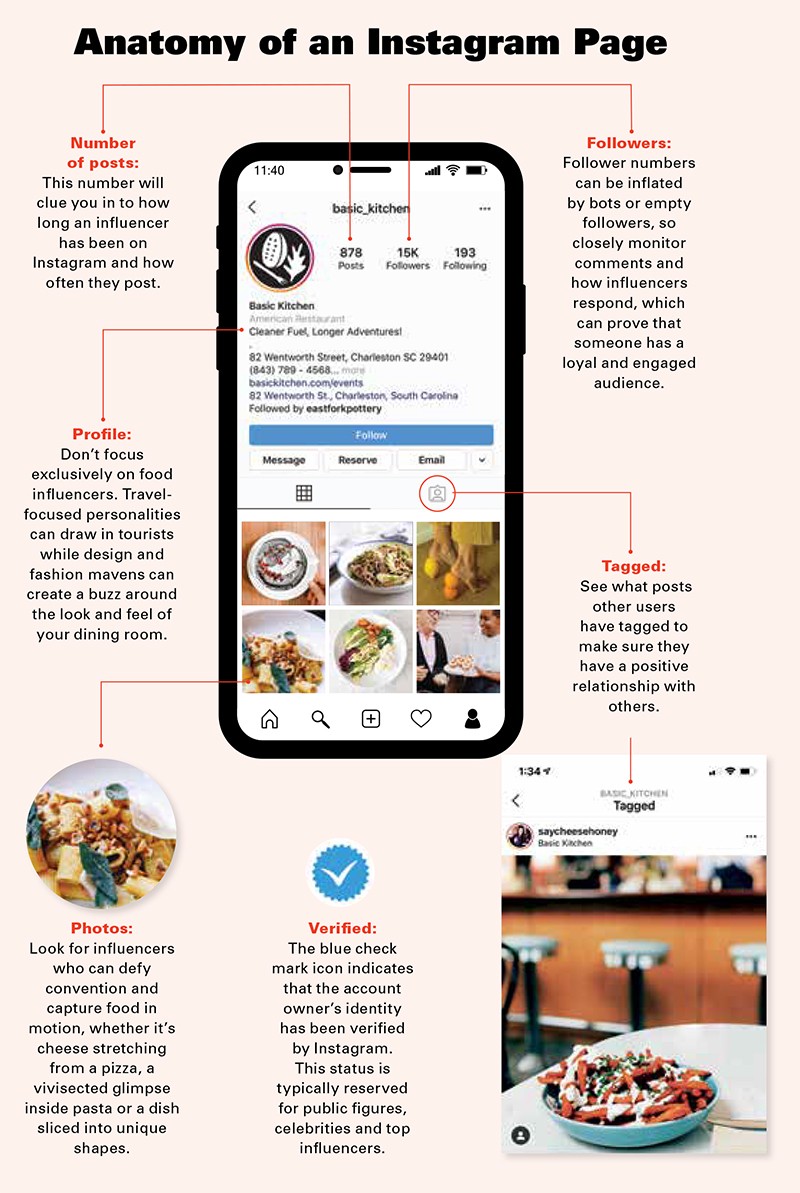 Striking photos benefit influencers and restaurants alike, so reserve tables that get natural light and customize reservation times based on it. A good rule of thumb: “Midday for brighter looks, dusk for cocktails, happy hours,” says Dinwiddie. And don’t be shy about directing influencers toward inherently photogenic dishes, says Chad Gaudet of Handcraft Kitchen & Cocktails. 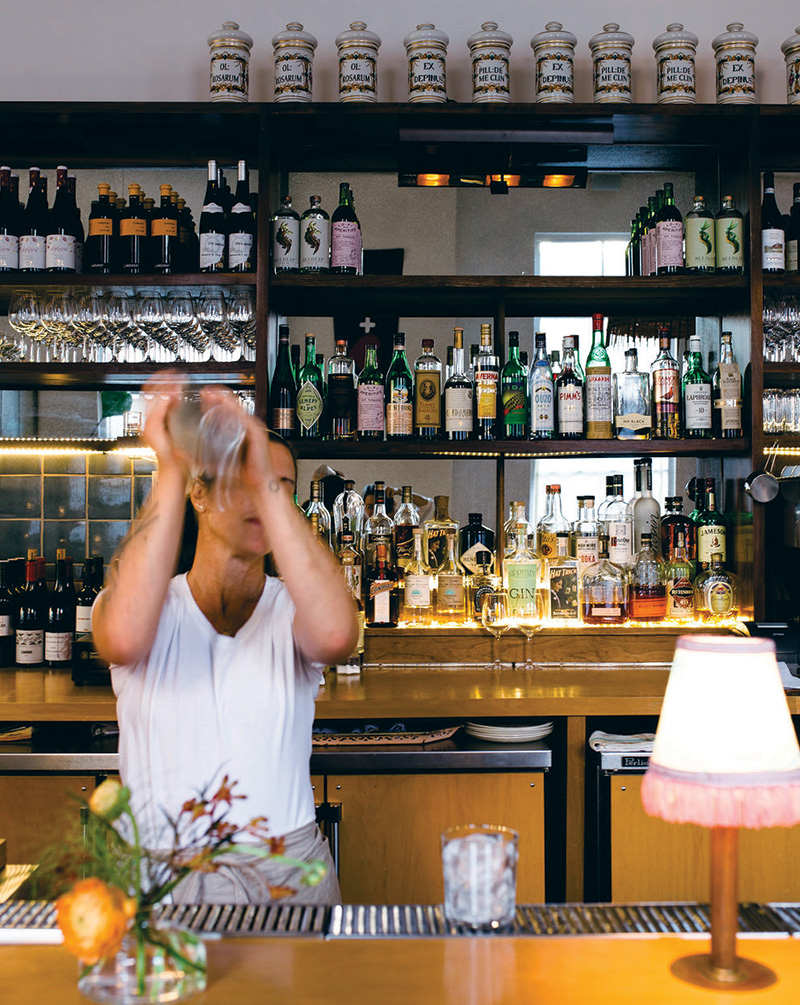 Grade the value of past partnerships to determine who deserves special behind-the-scenes access. Sneak previews of critical renovations, hard hat tours of new locations and invitations to sample dishes before they hit the menu are valuable to influencers, so use it to your advantage. “People want to see all the behind-the-scenes stuff ... not just the finished, polished picture,” Towill says.

If a partnership boosts followers or foot traffic, share that success with a follow-up call or email. Consider reposting the influencer’s original post on your social media accounts or show gratitude the same way you would with regulars by comping drinks or offering discount coupons. “When an influencer comes back and posts about it,” says Canellis, “then I know we are doing something right.”