A tight labor market and record highs in terms of foodservice job openings requires that you do more than stick a “help wanted” sign on your front window. Instead, try turning to Generation Z – the 61 million potential employees born between 1997 and 2012 – to fill server, dishwasher, cook and manager positions. The trick is figuring out how to make your restaurant an employer of choice. Gen Z requires a different approach than earlier generations, according to a recent study by the National Restaurant Association Educational Foundation (NRAEF) and the Center for Generational Kinetics (CGK). They are more pragmatic, prefer one-on-one discussions and seek financial security. They want to work for employers with an upbeat culture, diverse management and flexibility. Even though the number of teens choosing foodservice jobs has been declining, restaurants remain the first paid job for 82% percent of Gen Z, the majority of whom rate their experience in the food industry as a positive one according to the NRAEF/CGK study. In fact, about a third said they aspire to become restaurant owners, managers and operators. So even though the number of teens choosing foodservice jobs is declining, there are ways to make your restaurant a top pick for job seekers. Here are nine to start. 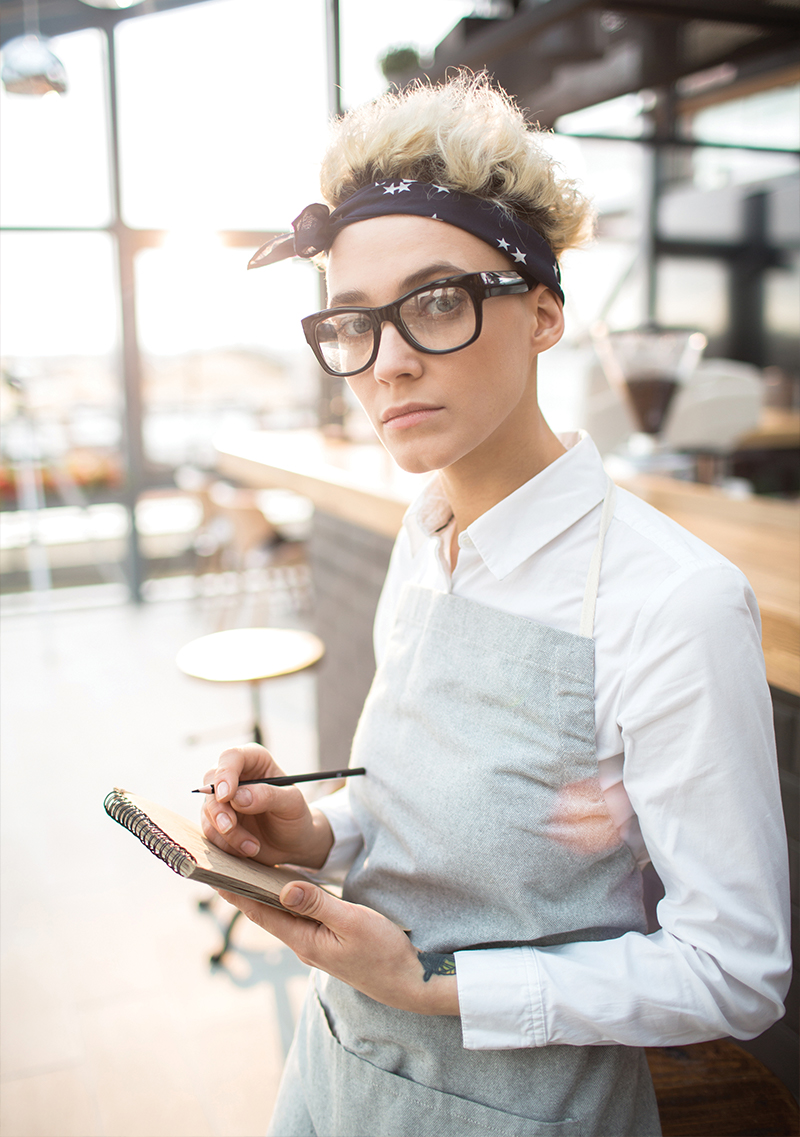 “Make the process short and fun,” says Heather Watson, who heads consulting and behavior design at the Center for Generational Kinetics. “Don’t front-load all the filling out. If it takes more than 10 minutes to fill out an initial application, you are going to lose people. Break it up into little digital chunks.” Adopt a text messaging technology that lets applicants apply and managers screen responses and share details about vacancies, all via text and instant communication. If a resume is requested, the candidate can simply snap a photo and attach it to a message. “From the restaurant’s perspective, it provides the opportunity to cast a wider net versus sending emails and making phone calls,” says Sara Moak, vice president of human resources for Phoenix-based Fox Restaurant Concepts. “It gives you the ability to make that initial connection and have those conversations much more quickly. Our technology use in training is critical because it provides interactive bite-size training bits which can be accessed via an app versus long meetings or lengthy training documents.”

Gen Zers are seeking a friendly atmosphere, the NRAEF/CGK study found. “More individuals in this generation are asking, ‘What’s in it for me?’ versus earlier generations who were happy just to have a job,” says Mishel LeDoux, director of culinary management programs for the Institute of Culinary Education in Los Angeles. “One of the tactics I see is restaurants using their website to show the employees as a main focus of the operation – like family – and projecting the image that being part of their team is hip, cool and fun.” Rusty Bucket Restaurant & Tavern, with 23 units, uses the recruiting space on its website to promote its “Bucket Life” philosophy, which stresses its employees come first. “We want people to love where they work and make a difference,” says Lindsey Bigler, Rusty Bucket’s recruiting manager.

Since Gen Z-ers want to work with friends, offer incentives to current team members who know how to find quality employees. Token finder’s fees for a referral won’t cut it. “You need to make it more financially beneficial to the individual who made the referral, then recognize them for their accomplishment in front of their peers,” says Scott Samuels, CEO of Horizon Hospitality, a nationwide executive search firm based in Overland Park, Kansas. Other incentives that resonate include discounted gym memberships, transportation benefits such as Divvy, and closures on major holidays.

LinkedIn is becoming more prevalent among younger job seekers, but for now, employers need to establish a presence where Gen Z is already present, Watson says. “That means Instagram, YouTube and Snapchat,” she says, and to a lesser extent, Facebook.

➎ DON’T BE STINGY WITH THE “LIKES”

Habituated to social media’s instant feedback culture, Gen Z team members expect the same treatment at work. That doesn’t require regular reviews; regular acknowledgment on good work will likely do the trick. Regardless of how you handle it, “if you are not showing sincere appreciation for them, they are much more likely to move on,” Samuels says.

➏ GIVE THEM SOME SAY

Let younger employees weigh in on quality-of-life decisions, like uniforms and music, might seem trivial, but it matters. “I let Gen Zers control the radio,” says Chris Coombs, co-owner of Boston Urban Hospitality. “Listening to what they like improves the atmosphere and keeps me hip about what’s going on in the world of music. It seems like a silly thing, but it’s really important.”

People need to feel enriched on a daily basis, and we want to inspire that.

➐ SHOW THEM THE WAY

Mentors are crucial to Gen Z, as most are embarking on their first real job and need to build confidence. “They need a lot of soft skills training,” Watson says. “Employers want them to put the customer first, and Gen Zers say, ‘I don’t know what that means or what to do.’” Rusty Bucket’s approach is to assign newbies to “culture buddies” who answer questions and help them feel welcome. Gen Z restaurant staff members who aspire to a foodservice career are hungry to learn. “Having a path is important,” Coombs says, “so we have manager-in-training programs.” He observes that many younger hires possess a strong entrepreneurial drive; they’re eager to learn about restaurant ownership, so help them acquire those skills.

Getting restaurant staff involved in more than just one job fuels team spirit and inspires passion. At Alderwood in Santa Cruz, California, Chef-Owner Jeffrey Wall encourages team members to share outside skills, including gardening, photography, social media and foraging. “People need to feel enriched on a daily basis, and we want to inspire that,” he says. “I tell the team, ‘ I write the menu, but what’s on the menu could be something you invented.’”

Gen Z members, sometimes called “philanthroteens,” want to associate with organizations that are doing good for society. “We are very passionate about our causes and community support, and we make sure they’re aware of it,” Moak says. Fox employees have plenty of opportunity to contribute to pet causes, such as No Kid Hungry promotions and support for local food banks.