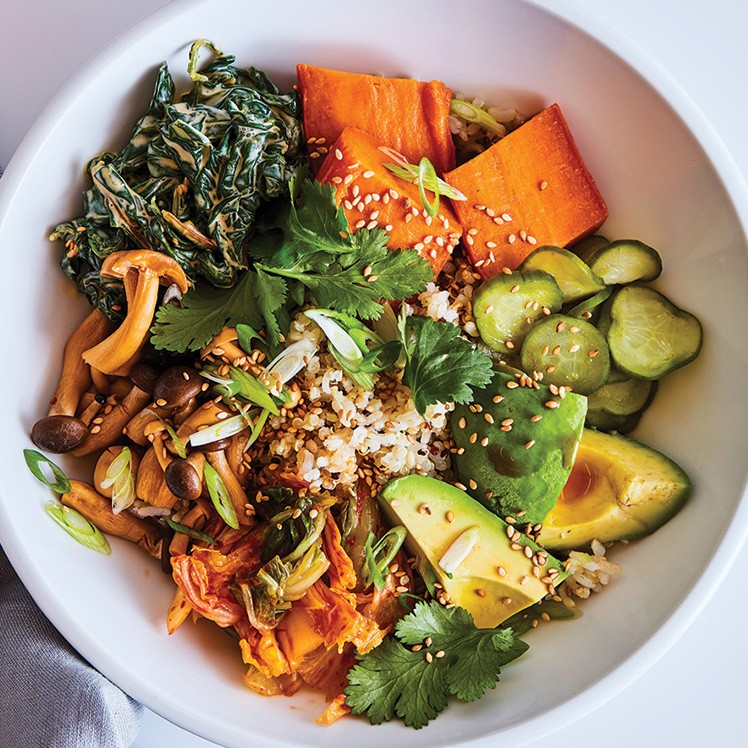 Remove bottoms from the mushrooms and pull apart into small bunches. Bring enough ponzu to boil to cover mushrooms. Let them soak for at least an hour; refrigerate.

Mix mayo with tamari and lemon juice to taste. Toss with chard.

To assemble, place 1 cup of hot supergrain in the middle of a bowl and place mushrooms, chard, yams, kimchi, cucumbers and avocados around it. Drizzle ponzu over all the ingredients, just enough to marry all together. Garnish with sesame seeds and green onions and cilantro leaves.

Sliced pickled cucumber: Slice Persian or Japanese cucumber very thin. Season the cucumbers in salt and let sit for about 20 minutes. Add warm pickling liquid, let it sit until they cool down.

*Grains can be made in a rice cooker with a few pinches of salt. Or cook 1:1 supergrain to water, plus a few extra splashes of water. Makes 4 servings.