► At a time when capturing diner interest cannot be underscored, the familiar yet enticing flavors of West Africa are ready to deliver.

The food of Nigeria, Ghana, Senegal and Cameroon – countries that make up the region – rank second on the National Restaurant Association’s list of hot global flavors, while Pinterest searches grew 311% in 2019. As racial unrest continues, and demands to better understand indigenous foods play out, it’s likely interest will grow even greater.

At its core, the region’s use of ancient grains, wood-fire cooking and complex spices appeal to today’s diners.

“I see a wider appeal for West African food in the U.S., simply because the food is all-natural, and that’s the direction America is going,” says Simileoluwa Adebajo, owner of Eko Kitchen in San Francisco, who served free meals to the homeless, elderly and COVID-19 patients during the pandemic–before losing the restaurant in a fire. She has already vowed to rebuild. “People want whole foods and gluten-free foods. We hardly cook with flour or processed foods. Everything is fresh.”

Recipes from this story: 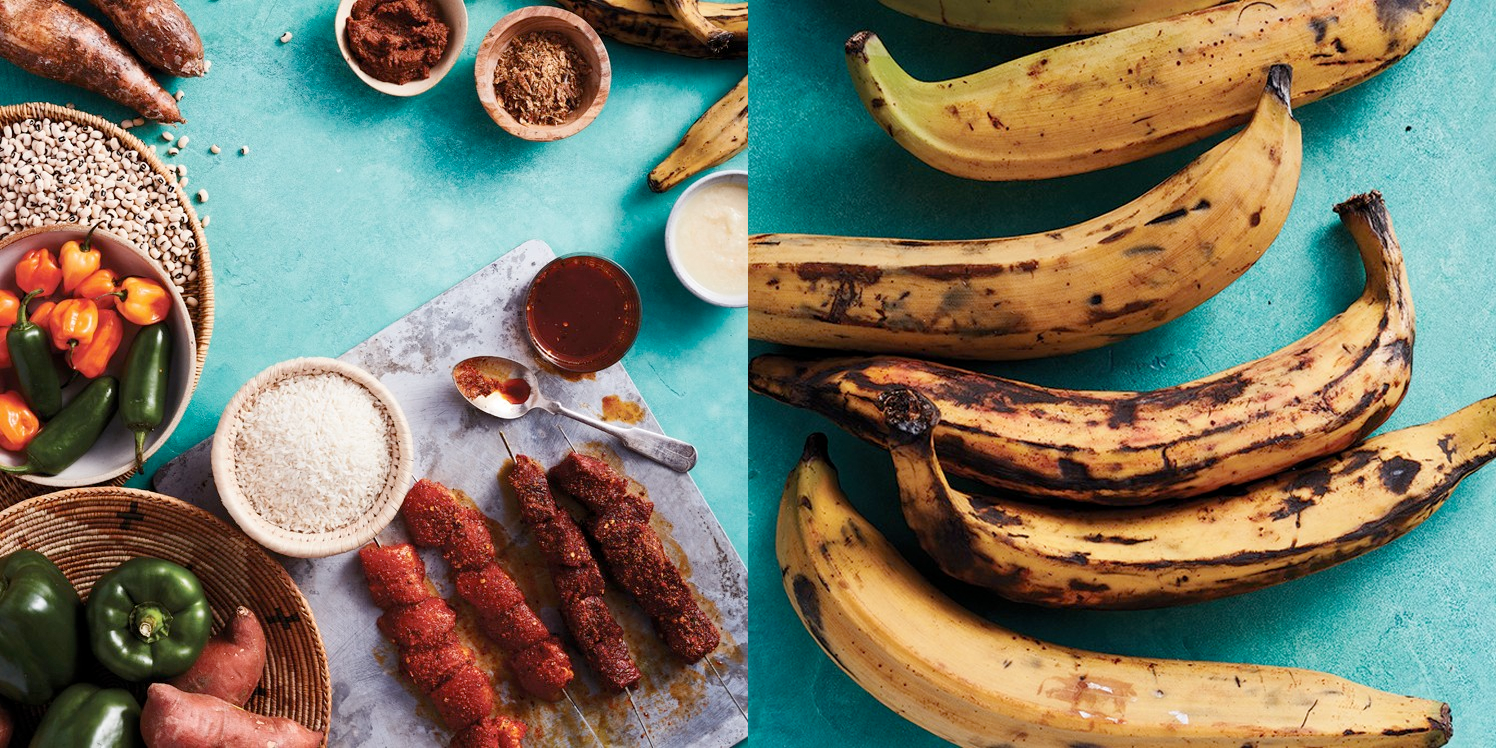 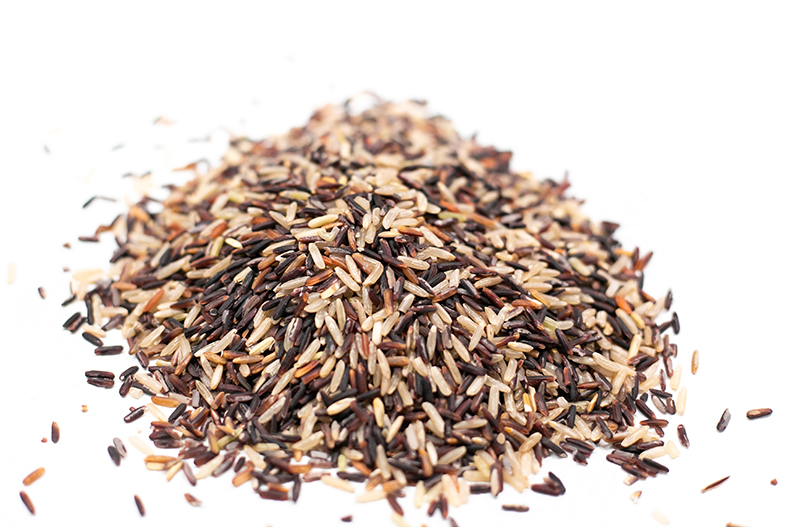 Jollof rice is a foundation of West African cuisine, a grain in a variety of dishes across the region. Eric Adjepong, who appeared on Bravo’s “Top Chef” last year, refers to the friendly competition between West African countries over who creates the best jollof dishes as the “Jollof Wars.” In Nigeria, jollof rice is long-grained and hard-boiled. In Ghana, it’s shorter-grained and spiced with nutmeg and clove. Despite these differences, it’s typically seasoned with onion, tomato and chili pepper. Adjepong likens it to Asian curry – a shared dish with many permutations. 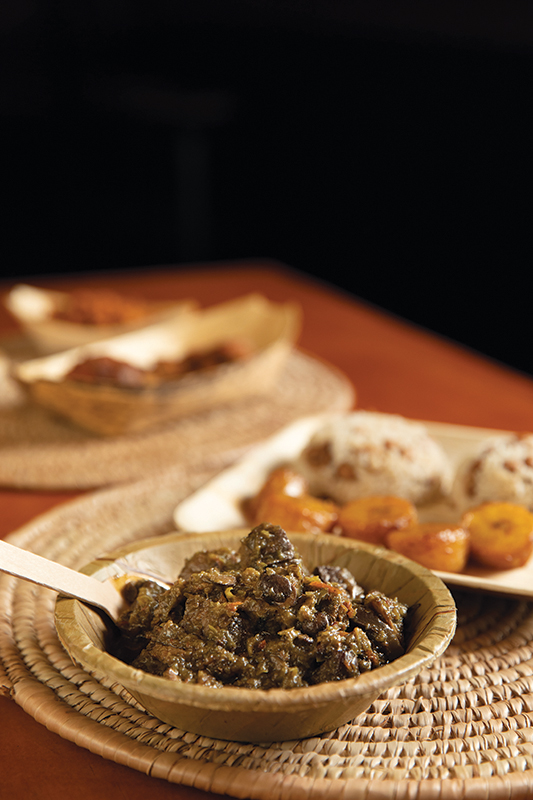 West African fonio, an ancient grain packed with amino acids, vitamin B and zinc, is poised to become a “super grain.” Nutrient-dense and gluten-free, it can be subbed in for farro or quinoa.

Chef Ope Amosu had planned to transition from a pop-up to a brick-and-mortar, fast-casual concept based on customizable grain and rice bowls, but the pandemic steered him into a different direction: nationwide delivery of select signature menu items. “We recently partnered with actress/comedian Yvonne Orji to run a Jollof Drop, in conjunction with the debut of her HBO stand-up comedy special, which was a hit,” says Amosu, adding that the partnership has expanded the food and culture to a wider audience. 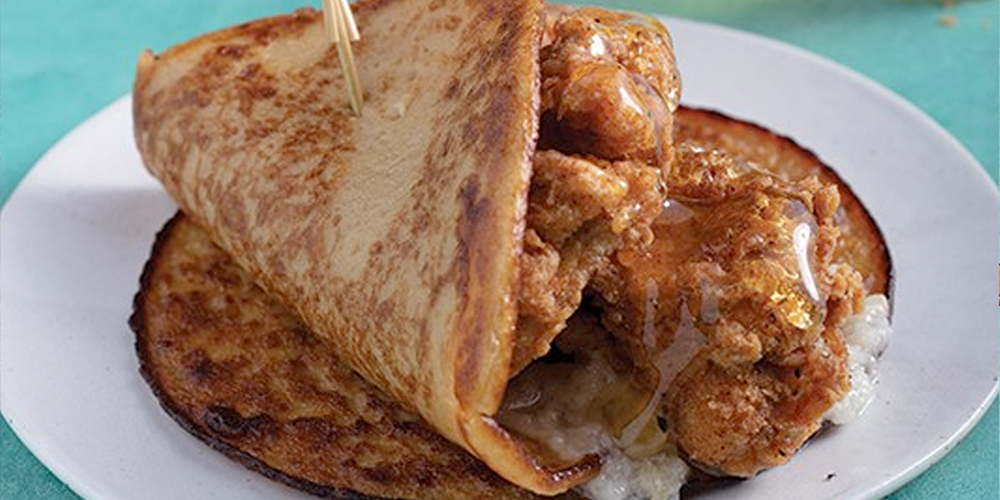 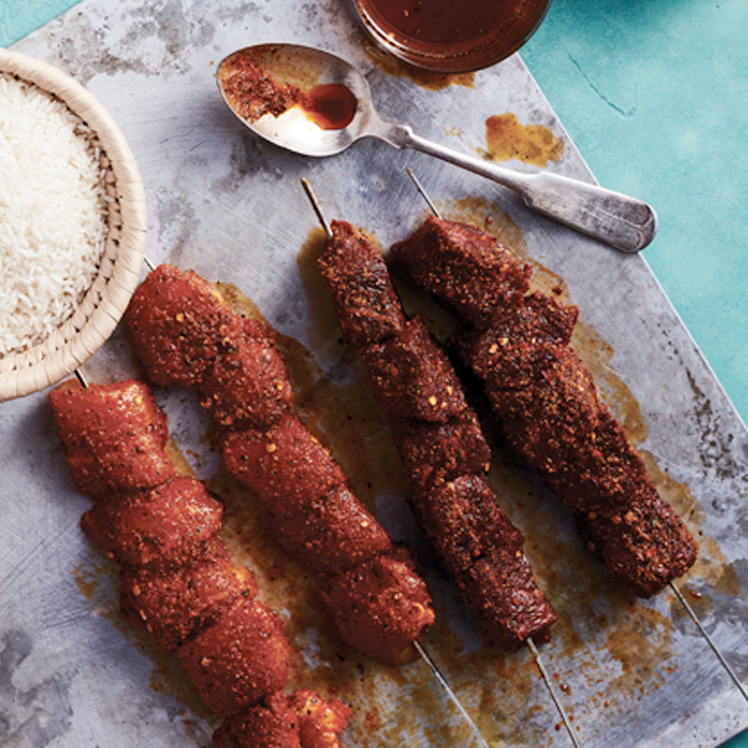 A DIFFERENT SIDE OF BARBECUE

At Eko Kitchen, one of Adebajo’s best sellers is a Yoruba dish called asun: grilled or roasted goat meat in a red pepper sauce that’s stir-fried, then simmered and served with Japanese yams and fried plantains. 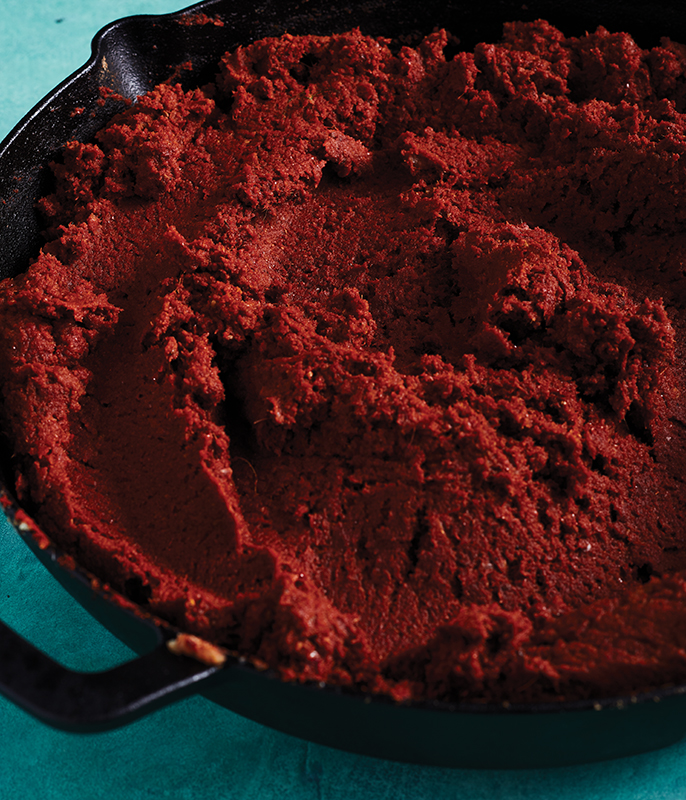 The spice-forward foundations of West African cuisine play well with Mexican and South American flavors. “I got to San Francisco and realized that Mexican food is basically Nigerian food but in a different social context,” says Adebajo, who also offers special Afro-Latin mashup menus.

Chopnblok’s Amosu found a similar connection in Houston, where his Nigerian meat pies are mistaken for empanadas. One taste, however, due to the merging of traditional spices–including ginger, bouillon, and fresh garlic added to the meat–and they’re purely West African.

Fufu: Pounded, starchy plants like cassava, yams or plantains are mixed with water and formed into small doughy balls, which are dipped into sauces, peanut soup or fish stews.

Sobolo/Zoborodo: This sweetened hibiscus drink, beloved in Ghana and Nigeria, is made with orange peel, pineapple, cinnamon, ginger and lemon. The tart, slightly sweet drink is similar to agua de Jamaica, a beloved Mexican “iced tea.”

Shito: A dried-pepper condiment made of dried shrimp powder, dried crayfish, chilies and garlic, re- rehydrated with tomato paste and crushed tomato and reduced until dark and paste-like. It adds umami and heat to rice and stews, or can be mixed with amber honey as a marinade for skewered beef.

Puff puff: This Nigerian fried doughnut, often topped with powdered sugar, is similar to a beignet but made with a less viscous batter.