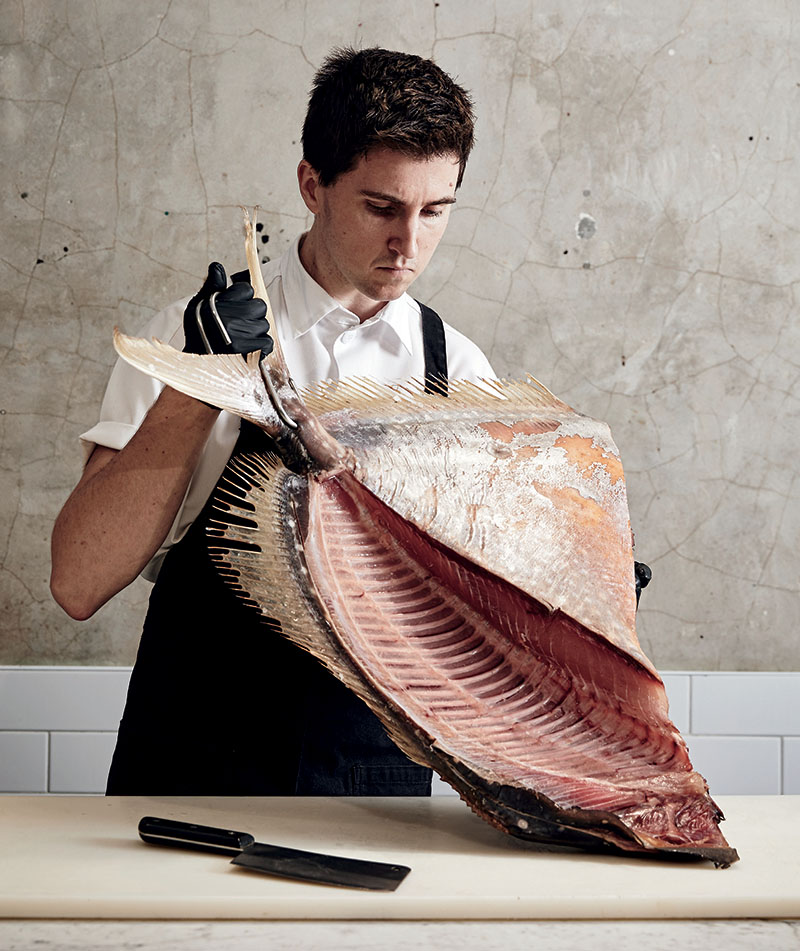 ► For a growing number of chefs, the term “aging fish” is becoming a new path for exploration.

They’re intrigued by the preparation, which creates a deeper flavor and a melting but still firm texture. It’s the same concept as dry-aging meat and a process that’s spreading thanks to advocates of whole fish butchers such as Australian Chef Josh Niland. A meaty bluefin tuna, he says, has the sturdiness to stand up to a ribeye, and when handled correctly, both benefit from a meticulously monitored rest. Experimenting at his Sydney restaurant Saint Peter, where he serves fish charcuterie (think yellowfin tuna and pistachio salami) and a 10-day, dry-aged greenback flounder chop, led to “The Whole Fish Cookbook,” which won two James Beard Awards in 2020, and the follow-up “Take One Fish: The New School of Scale-to-Tail Cooking and Eating.” 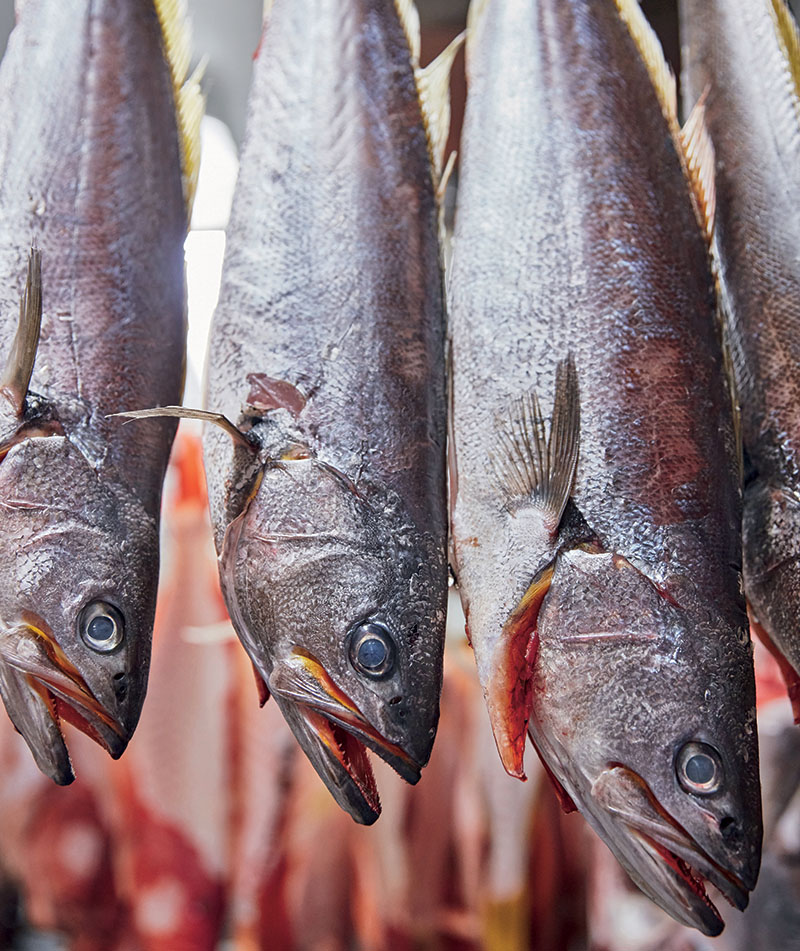 Liwei Liao of The Joint Eatery in Sherman Oaks, California, lives by the hashtag #Fresh is Boring, and his Instagram feed, @dry_aged_fish_guy, is an epic love poem to meaty slabs of turbot, tuna, cod, sea bass and just about every other variety of fish.

At Itamae in Miami, a dry-aging room holds fish for ceviche and tiradito, while Antico Nuovo in Los Angeles serves dry-aged branzino with olives, capers and lemon. 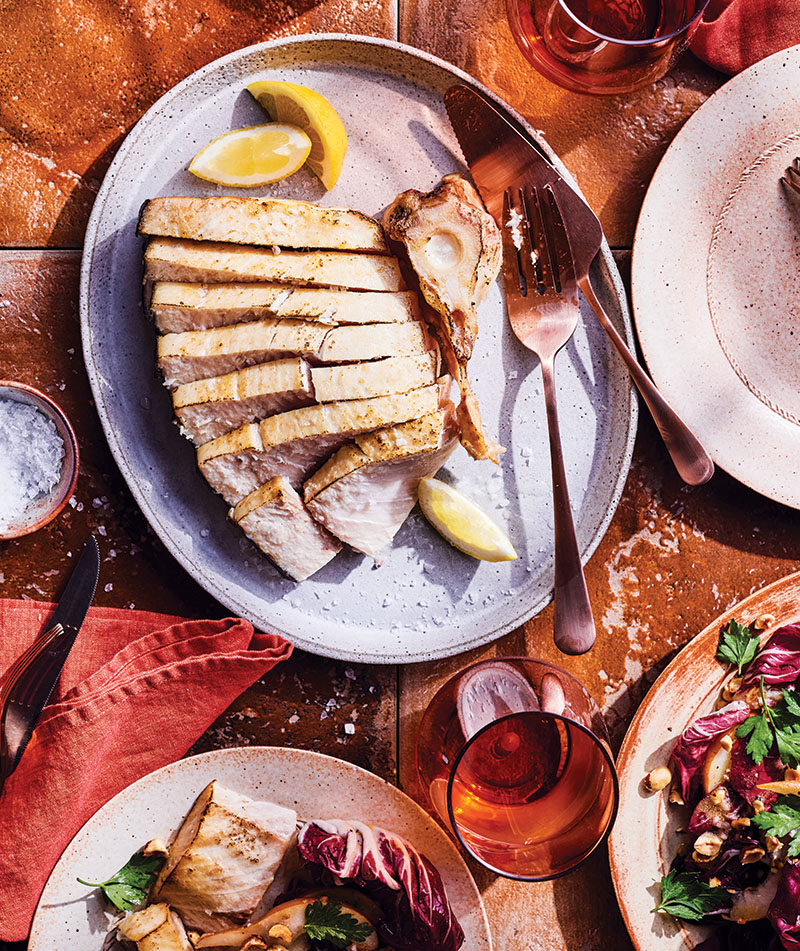 “People have an idea of what salmon should taste like. Fresh out of the water, the flavor is fresh and clean,” says Chef Jay Huang. “Dry-aging King salmon brings out the sweetness; there are hints of crème fraîche, and the texture is softer.”

Huang and his team experimented with up to 44 days of aging the salmon (“way too long! It tasted like blue cheese”) and discovered that a tender fish like flounder could benefit from an aging of just 24 hours. “It all depends on the balance of how much moisture and what type of fish you have, and time spent in the dryer.”

He laughed when asked about the choice to actually promote the term “dry-aged” on the menu. “It’s something we definitely discussed for a while but decided to go all in, and we so appreciate our customers’ support.” And dry aging, he added, “is so Texas.”

Still, the current exploration of this method most likely got its inspiration from Japan, with its respect for high-quality fish and a tradition of lightly curing fish for sashimi. Tokyo Chef Jiro Ono, who became famous through the documentary film “Jiro Dreams of Sushi,” ages fish for up to 10 days, but other chefs go far longer.

“I’m still studying this,” says Joji Nonaka, chef at the omakase restaurant Sushi Salon in Oakland, California, who isn’t aging fish yet but has aged yellowtail amberjack for up to 5 weeks and found that “aging fish makes it more like meat. It makes a stronger, deeper flavor; more umami.”

“Fresh,” agrees Huang, “is not always the tastiest.” 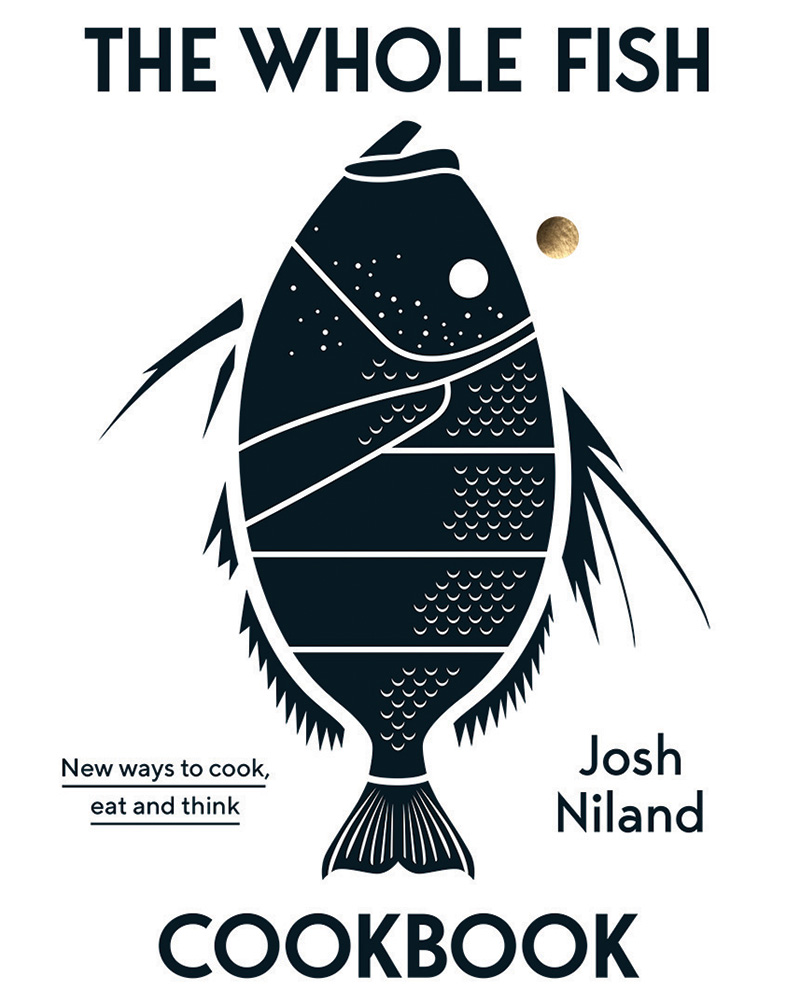 Chefs exploring dry-aged fish recommend nailing down the technique before getting creative. Keep the following in mind:

● CONSIDER THE SOURCE
Impeccably harvested and stored fish are essential. Just good-enough fillets may muddle the learning process if you end up with subpar results.

● WHAT TO PURCHASE
Sea bass and snapper, amberjack and mackerel, bluefin tuna, king salmon and striped bass are solid options. Generally, go for fish with character that’s bound by strong sinews ready to melt and soften and can be butchered into a steak. Fragile fillets can be overwhelmed in the aging process. Apply the shinkeijime method – destroy the spinal cord to preserve freshness.

● LEAVE NO TRACE
The fish must not only be pristine but sparkling, thoroughly wiped clean of any scales, blood or other residue that could host bacteria. From a visual standpoint, this is generally not a case where flaws will be minimized through cooking.

● DRYNESS IS THE GOAL
The method won’t work if the fish is battling too much condensation, so regularly patting down or scraping away moisture concentrates the flavor.

● DRAWBACKS
Space for aging or a dryer unit; the time lapse between prep and service; and the waste from trimming as the edges dry should be considered. The volume and weight of the product is also reduced, which can impact costs. 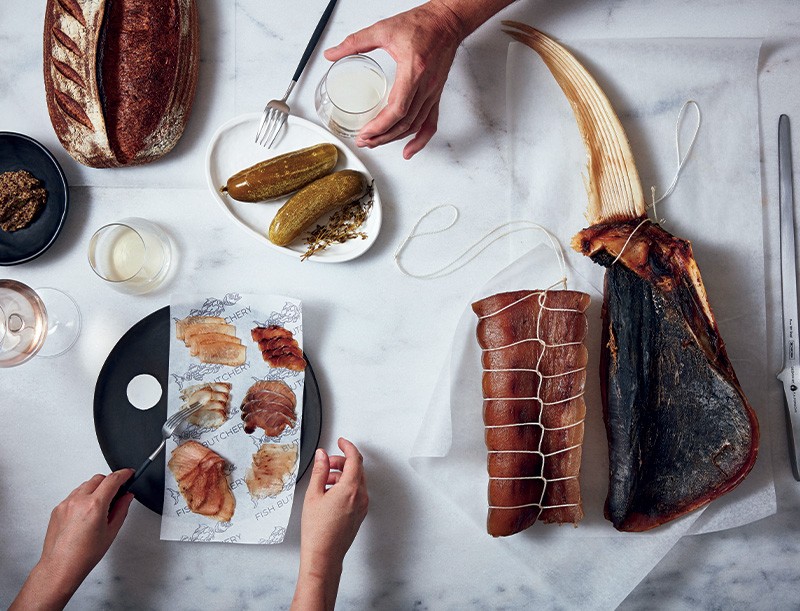