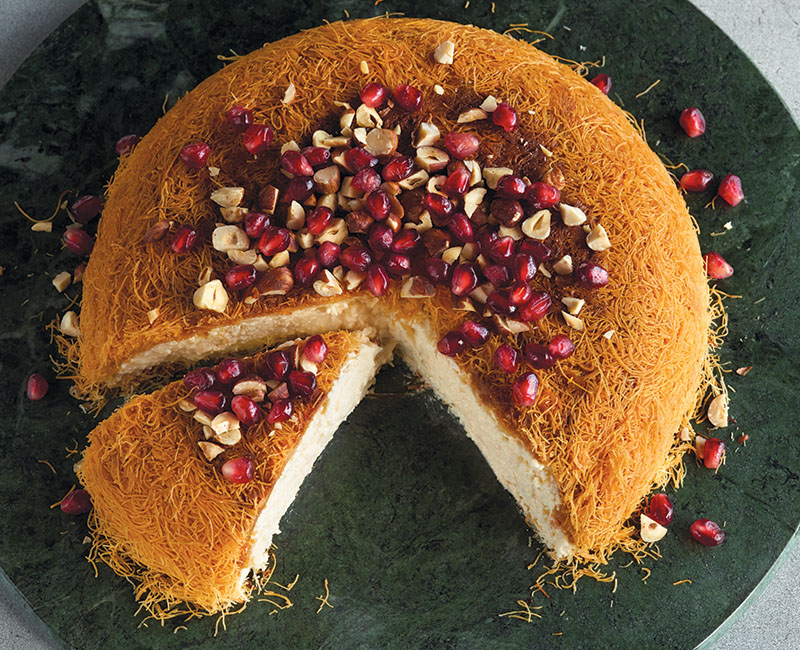 As interest in plant-based and meatless options continues to surge, chefs are looking at cheese through a different lens.

They’re discovering that cheese, especially from the leading dairy state of California that’s not subject to global supply chain constraints, can emerge as a Greatest-of-All-Time dish. Whether it reigns as center of the plate or shares the marquee in a more assertive role, it’s not an accent; it’s a presence that makes the most out of texture and flavor.

Few cheeses can take the heat and keep their shape like haloumi that hails from Cyprus, its cousin talagani with its roots from Greece, or paneer that originates from India—all of which are produced stateside. That sturdy attribute, which ackawi and Greek and French-style feta also enjoy, makes them go-to main proteins. They have heft, don’t melt like mozzarella and grill nicely, offering a “meaty” taste.

At Greekman’s, the pop-up by chef Jonah Freedman’s eponymous Jewish deli north of Los Angeles, a generous slab of griddled feta is the headliner. It’s draped over giganti beans braised in tomatoes and honey for a melding of bold and balanced flavors.

Talagani, which is softer and creamier than halloumi, is the focus of the chef’s special page at Loi Estiatorio in New York City. It’s grilled and accompanied by just lemon, olive oil and honey.

For chef Manish Tyagi of Aurum in Los Altos, California, a firm cheese can take the place of an ingredient.

“We take paneer and reimagine it as a lasagna,” says chef Manish Tyagi of Aurum in Los Altos, California. “The idea is to balance the sharpness and richness of the dish.”

For his version, the paneer is served as the pasta, layered with spinach sautéed with toasted cumin, onion, garlic, ginger, green chiles and chili powder before it’s served with a cream-fortified tikka masala sauce. “It’s a very popular dish in our restaurant,” Tyagi says.

When cheese isn’t the main focus, it surprises in a way that stands out. At Socalo in Santa Monica, California, the croutons on the kale Caesar are not bread but deep-fried cubes of California cotija. The cheese for the tacos and quesadillas at the Cal-Mex restaurant is a blend that considers sharpness, richness and salinity: cotija, manchego and panela.

The blend is melted on a flat-top grill before a blue corn taco is pressed on top, flipped and filled with briefly sautéed local vegetables. For this vampiro taco, a salsa macha of almonds, pepitas, garlic and three types of chilies is drizzled on top, along with chopped onion and cilantro. The same process is used to make burritos, which creates a barrier preventing the tortilla from getting soggy and adds a layer of flavor from the toasted cheese. 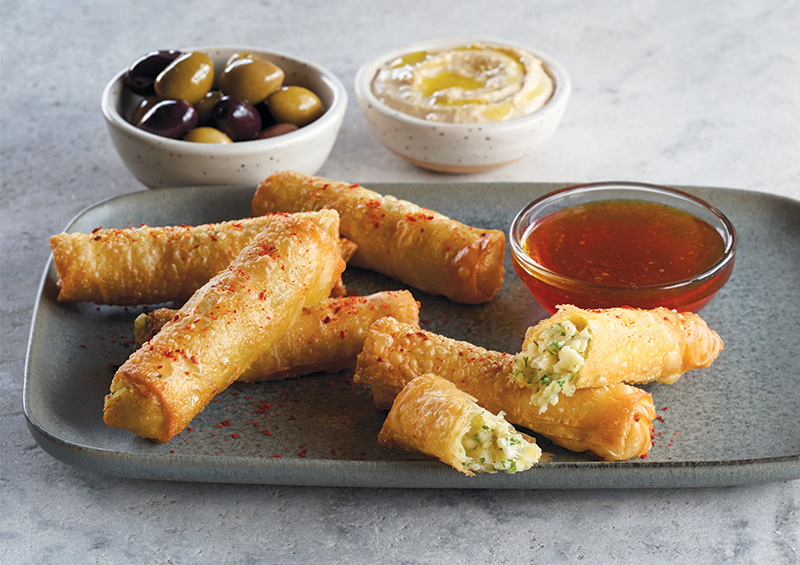 All About the Creaminess

The tang and consistency of yogurt has become a useful tool in the back of the house for adding creaminess, from dressings and dips to sauces and desserts. Less ubiquitous is labneh, which a purist might argue is strained yogurt and not cheese. Its growing popularity and Middle Eastern cuisine, however, would beg to differ.

A cross between the consistency of cream cheese and sour cream, labneh adds unctuousness and balance to boldly spiced vegetables or proteins. At Israel Mediterranean Motek in Miami, it stands on its own with za’atar but also with hummus and eggplant salad. It also puts breakfast over the top with eggs, tahini, feta and the heat of schug. At Newtown in Brooklyn, labneh accompanies a fried egg, cucumbers, greens, harissa and za’atar in a pita.

Cheese typically doesn’t have a big presence in Asian cuisine, which makes its inclusion all the more appreciated when it delivers.

“It’s not a natural marriage of Southeast Asian cuisine and cheese,” says Eric Tjahyadi, co-owner and brother of chef Erwin Tjahyadi. But the success of the dish spurs innovation.

Erwin Tjahyadi says he prefers California burrata for its consistency and flavor. “You have to stay true to your roots, and use that by twisting it a little bit.”