Sometimes the messenger is exalted, even celebrated, instead of being blamed. Take sweets. Attach a message to a cookie, brownie, cake or cupcake and heads turn; magic happens.

Over the last several years, chefs have become more outspoken about social issues, from social justice and gender rights to climate change and mental health. They contribute resources to causes and create awareness through their websites or menus. But when the message is connected to dessert or something sweet, it resonates on a different level. Attribute it to our love of sweets and the power of nostalgia. The OG eye candy, sweets play especially well on social media, and that helps spread awareness.

Consider Baked in Color, a bakery in Larchmont, New York, that specializes in rainbow-striped cookies, cakes and pastries, including brownies with a rainbow top and a layer of OREO cookies. For Pride Month this past year, founder and CEO Julie Waxman donated 10% of profits in June to the Trevor Project, a suicide prevention organization that supports the LGBTQ community.

Waxman has said the donation is her way of saying thank you to everyone who has supported her business over the years.

In fact, 57% of consumers overall think it’s a good idea for restaurants and brands to tackle issues such as human rights, gender equality and race relations, according to food research firm Datassential.

Two years ago, Paola Velez, a Washington, D.C.-based pastry chef turned activist, co-founded Bakers Against Racism with the goal of a national bake sale to fight social injustice and racial inequality. The organization followed up with Bakers for Ukraine, which for both events, has raised more than $2.4 million from four continents

and 200 U.S. cities representing 40 states. Her latest effort, Bakers for Reproductive Rights, enticed restaurants across the country to host group and solo efforts, including Big Jones in Chicago, which dedicated a Saturday in August to sell baked goods to benefit the Chicago Abortion Fund.

Earlier this year, Abigail Dahan, executive pastry chef for the Schulson Collective Philadelphia restaurants, spearheaded a bake sale with proceeds donated to World Central Kitchen, José Andrés’ nonprofit that feeds communities in crisis. Dahan gathered a dozen of the city’s top bakers who contributed a wide swath of treats, such as birthday cake donuts from Veronica Martinez of Superset Sweets, and brownies made with OREO cookie pieces from Stephanie Arbelo of Butcher & Singer.

The types of treats at pastry chef bake sales run the gamut but like restaurant dessert menus, the items that sell out are usually rooted in nostalgia and inspired by longtime favorites, including OREO cookies, brownies and chocolate chip cookies. 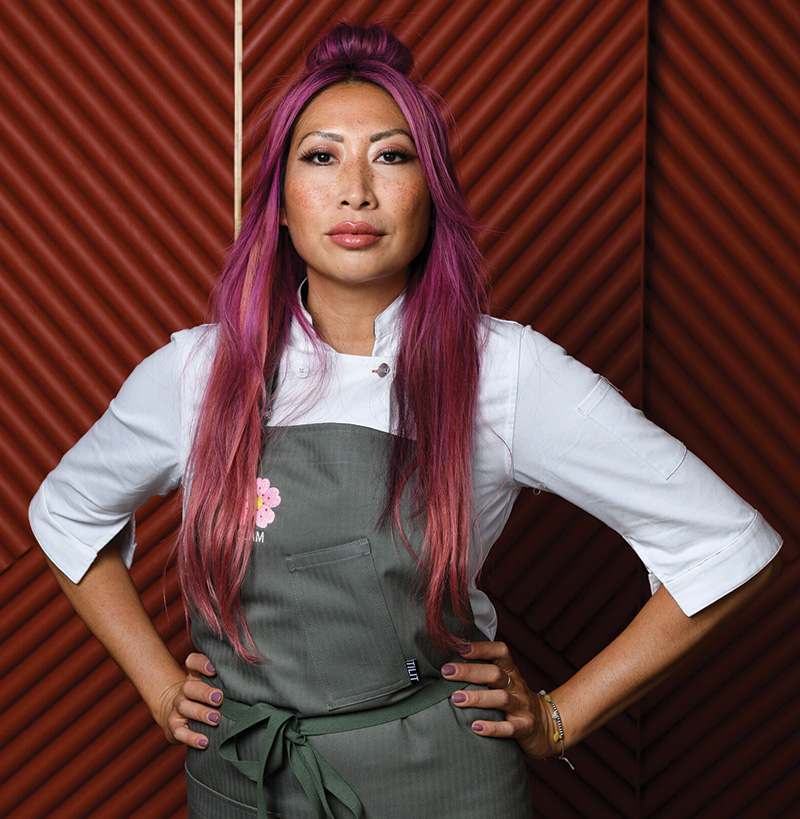 “… Now more than ever, we all should be celebrating our individual stories and cultures,” says Clarice Lam, the New York-based pastry chef who won the 2021 OREO Cookie Recipe Contest and became its first chef Brand Ambassador. “I try to bring my culture into almost everything I create these days because I think it’s important for people not to be scared of new or different things.”