Booze and bar food—what could be more profitable and enticing than pairing small bites and snacks with alcohol? Drinking destination, first and foremost, izakayas are traditionally sake-focused Japanese pubs with casual snacks: tempura, bite-sized buns and a pancake-like dish called okonomiyaki. They’re following in the footsteps of Spanish tapas, which introduced Americans to small plates, proving that food could be small in stature but big in flavor.

Without the stigma of pricey sushi restaurants, izakayas are tapping into the on-going shift from upscale to casual. Unlike sushi, which requires years of intense training, thus establishing a high entry barrier for chefs, casual Japanese pub fare can be made by a wider cross-section of cooks. While izakayas often offer similar food, the interpretation varies across cities. Expect riffs on everything from black cod to fried chicken. Borrow a page from these three chefs cooking up their own takes on izakaya culture. 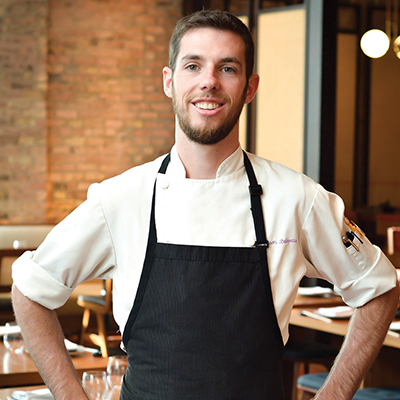 Currently the chef of the izakaya part of Momotaro, this classically trained chef moved to New York City at 18 to train as a chef and learn the art of pizza. He worked at Insieme under Chef Marco Canora before staging at Dan Barber’s Blue Hill, where he eventually worked every station at the acclaimed New York restaurant. Then came his ultimate goal: Per Se. “I mailed my resume every day for three months, and perseverance paid off,” Beliveau says.

He worked there for two years, calling it the hardest thing he’s ever had to do, but he came out on the other side a better chef serious about his craft. He clocked time in San Diego, at Addison, but was itching to move back to a city with fine dining prowess. When he and his fiance decided on Chicago, he became the izakaya chef at Momotaro. “I didn’t have any Japanese experience, so I was hesitant at first,” he recalls. But the opportunity to work with Boka Restaurant Group and Executive Chef Mark Hellyar was too good to pass up.

INSPIRATION: “It’s like cooking professionally in any other classically trained method; you build this foundation and once you learn how the ‘engine’ works, you find similarities and elements that align with what you know as your base,” says Beliveau of his happenstance foray into izakaya food. By applying past experiences and techniques, he establishes newfound inspirations in a cuisine that he initially found intimidating.

FAVORITE DISHES: Beliveau is fond of sharable, large-format dishes like a big plate of clams and bread or Berkshire pork tonkatsu. He appreciates dishes appropriately sized for groups, something he takes into account when designing his menu and tailoring dishes for tables. “I want to know how many people are at each table so I can send out what’s appropriate,” he says, like rounding up to six chicken wings when the table is a five-top, he says. “I like food that’s not awkward.”

HOW HE OWNS IT: “I love looking at traditional Japanese izakaya dishes and finding similarities that I’ve seen in the Western world,” Beliveau says. For example, he might take an obscure Japanese fruit uncommon on American menus and replace it with locally grown in-season peaches for a riff on an izakaya staple. “I’ll take this dish, pull the inspiration out of it and run with it with what my pedigree and skill set lend me to.” Examples include deviled eggs with kani king crab, uni chorizo toast, gyoza filled with Berkshire pork and Lake Michigan smoked fish toast with rakkyo, a type of Asian onion. 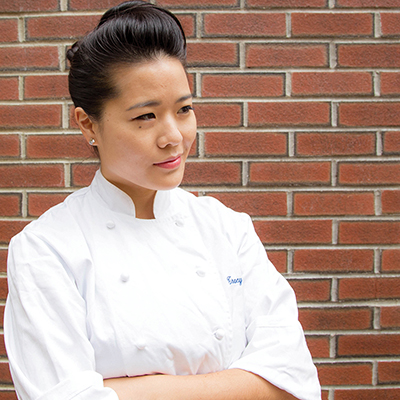 Japanese cooking is in Chang’s blood. “I grew up in my grandmother’s Japanese restaurant, helping scoop green tea ice cream,” Chang says. “I was always surrounded by good food and opinionated aunties and uncles who made their bones in the restaurant industry.”

Chang followed suit, working at O Ya, Tim Cushman’s globally renowned temple of Japanese cuisine in Boston, and the acclaimed Martin Berasategui in San Sebastian, Spain. She also studied patisserie at Le Cordon Bleu Paris because she wanted to maximize her culinary education. “Having the discipline, foundation and mentorship of patisserie and fine dining, in addition to the upbringing with my entrepreneurial grandma, has helped prepare me to open my own restaurant,” she says.

INSPIRATION: “I enjoy cooking izakaya food not only because I love to eat it, but so do most people,” Chang says. “It bodes well with a lot of people, no matter how adventurous or seasoned a diner they may be. It’s like a language that a lot of people can speak, or if they don’t yet, they can pick it up easily.”

FAVORITE DISHES: Chang likes that izakaya food is finger food, and at some places, even eaten while standing. She says communicating with locals has always been important, and she sees food and casual dining, particularly the izakaya style, as an optimum “icebreaker” opportunity. “Those experiences have led me to believe that food is the ultimate launch pad toward greater conversation and collaboration,” she says, noting the similarities between izakaya and tapas-style food.

HOW SHE OWNS IT: Simple ingredients and techniques, as well as nostalgic flavor combinations reminiscent of time and place, drive Chang. Some of her go-to techniques include quick-pickling with different vinegars, dehydrating ingredients to make seasonings, garnishing with grated ginger and lightly torching tuna that’s been marinated in aged soy. Standouts like uni fried rice with negi and nori, squid ink oyster bao, ikura and avocado toast, and cedar-pressed black cod with shiro miso, mirin and sansho pepper are among her creations. 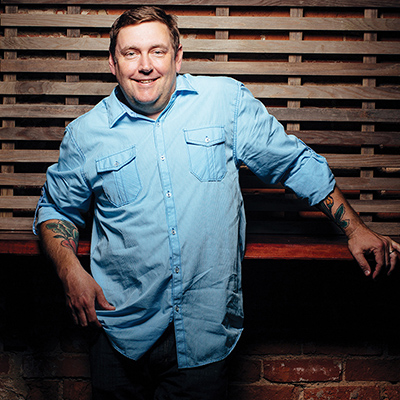 Cotter has worked in restaurants since he was a teen, washing dishes at his stepmom’s restaurant. The Durham native worked with Chef-owner Ben Barker of Magnolia Grill and cooked his way through Atlanta for a few years before returning to his hometown to carve out an eclectic career. “When I had the opportunity to work with Asian cuisine at Lantern in Chapel Hill, I immediately took it,” Cotter says. A few years later, he and his wife, Kelli, opened a paninoteca called Toast, and in 2014, they added their Japanese endeavor, Dashi.

INSPIRATION: “The beauty of izakaya is the seasonal and rotating nature of the menu,” says Cotter, who echoes his engrained seasonal Southern cooking at Dashi. “There are thousands of creative opportunities since we offer a variety of small plates, and I can present these in a casual, unpretentious atmosphere,” he says.

HOW HE OWNS IT: Izakaya-style cuisine presents a unique opportunity to fuse traditional Japanese fare with the food of his homeland. “I love to take traditional Japanese techniques and apply them to the fresh local ingredients that grow in North Carolina,” he says. The seemingly disparate cuisines share commonalities, he adds. Take fried chicken, for instance—a standout dish on Cotter’s menu. For his version, bite-sized pieces of chicken are marinated in soy sauce and sake before getting dredged in potato starch and panko. He also serves spicy boiled peanuts with soy sauce and Fresno chilies, eel-glazed catfish and okra tempura with smoked tomato kewpie.

Chefs who’ve embraced the izakaya trend agree that it’s a relatively easy and cheap leap to make (and staff). Here’s how to get started:

2. Keep it simple. Highlight the best of Japanese cuisine but remain approachable and comfortable for the many guests who dine on a casual, weekly basis, says Dashi’s Billy Cotter.

3. Put your own spin on it. “I think to myself: ‘What can I design that’ll lend itself toward my audience?,’ and ‘What do I want to eat when I’m with my friends in an underground Japanese restaurant?’” says Jason Beliveau, of The Izakaya Lounge at Momotaro.

Given the individual and unique takes on izakaya menus, food writer Matt Kirouac could eat this Japanese fare all day, every day. Follow him on Twitter @Mattsland.