Owning, operating or even opening a restaurant is a high-risk, high-reward endeavor. But the thrill of continued growth can often be too alluring to pass up. Do it right and you’re counting Benjamins. Do it wrong and everything could be jeopardized. Overseeing an expansion demands a different set of skills and considerations than what led to success the first time around.

Take in some sage advice from these three industry professionals who are navigating growth and hear some of the lessons they learned along the way.

Lesson 1: The Advantages of Proximity

Aaron Robins opened his second restaurant, SOCA, over 10 years after his first one, but it wasn’t for lack of trying. When Robins launched his first concept, Boneyard Bistro in Sherman Oaks, California, in 2005, no places in proximity were like his traditional barbecue restaurant / American bistro combination. Robins contemplated opening other Boneyard locations, but he couldn’t find the right fit.

Then about a year ago, a property in a prime location nearby became available and he began to consider opening a new concept in his own backyard.

Months before, Robins and his partner, Rory Snipes, had thoroughly cased the space. They’d have a drink, observe the clientele and gauge traffic flow. The site had a lot to offer, including a large kitchen and the advantages of proximity to their existing restaurant.

“When you’re managing two different spots,” Robins says, “you can quickly jump over to the other if there are problems.” 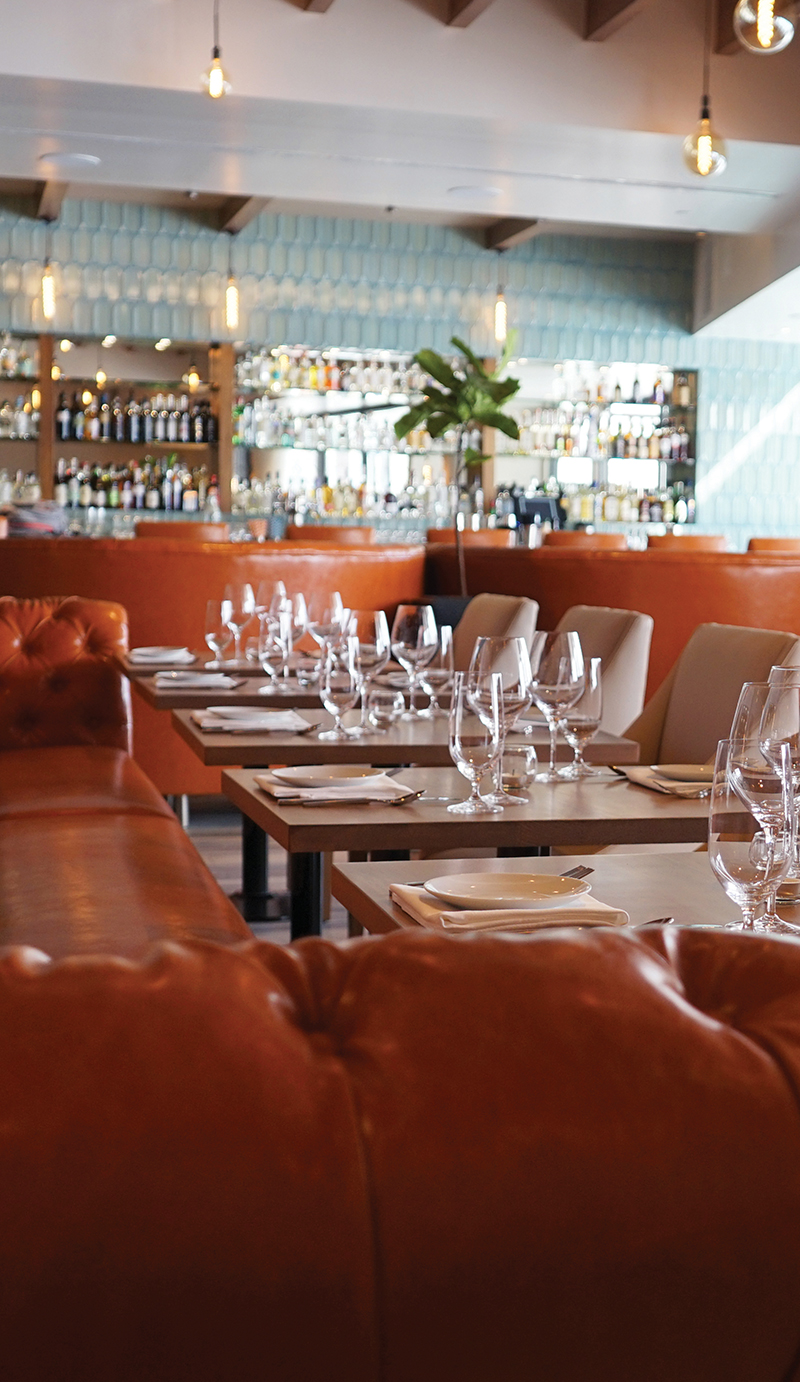 Chef-owner Aaron Robins, below, took a steady and strategic approach to open his second restaurant, SOCA.

After talking with his customers, Robins realized they were looking for something different. So, he and Snipes made a move from his traditional barbecue restaurant / American bistro combination and transformed the decades-old space into SOCA (short for Sherman Oaks, California), a globally influenced steak and seafood restaurant.

After observing how narrowly-focused, culturally-driven restaurants fall in and out of favor, he decided to create a seasonally adjusted steak and seafood menu. “We’re not being lassoed into a single type of cuisine,” he says. “That allows us to evolve and change as customers change and palates change.”

Whether he opens his second Boneyard Bistro location “depends on SOCA’s performance,” he says. “Along with how labor issues, price increases and the shortage of cooks play out over the next few years.”

“We definitely have a whole list of concepts that are ready to go,” Robins says. But relishing his experience designing and opening a restaurant like SOCA, he’s mulling the idea of bestowing his sage advice and consulting for others as well.

Initially, Chef Dale Talde and his strategic partners in Three Kings Restaurant Group, David Massoni and John Bush, prized speed over prudence. When their Asian-American concept Talde debuted in Brooklyn, New York, in 2012, it was such an instant hit that they wanted to begin expanding as quickly as possible.

Unfortunately, haste makes waste. Flattered by all the positive attention, the partners didn’t properly vet all the potential deals coming their way. “We thought, ‘Oh my God—another opportunity. We’re hungry, we want to grow, let’s make it happen,’” says Massoni.

The group opened a second Talde in Jersey City, New Jersey, and eagerly took on a second concept, an Italian restaurant and gourmet food market called Carrino Provisions. Talde clicked, but Carrino Provisions proved to be a misstep. “Doing a fine food market was not in our wheelhouse,” Massoni recalls. “It did not work out.”

The smarter play, the partners decided, was to open a third Talde location in the Thompson Miami Beach Hotel (now The Confidante) in Miami Beach, Florida.

To prepare, they soaked up as much knowledge about opening a restaurant in hotel dining as they could. With newfound experience came new opportunities. The group soon agreed to develop the food and beverage program at the new Arlo NoMad Hotel in New York City before its fall 2016 debut, rolling out four dining concepts over several months.

Now confident in their ability to open a restaurant and to handle large crowds, the group agreed in early 2017 to open Atlantic Social, a classic tavern in Brooklyn and to run a restaurant, rooftop bar and subterranean late-night lounge in the forthcoming 50 Bowery Hotel, which is set to debut this year in New York’s Chinatown.

But as strategic partners, they didn’t stop there. When a well-connected attorney put them in touch with a food hall developer working on Grandview Public Market in West Palm Beach, Florida, they knew they were truly ready to oversee a market. The partners agreed to create three concepts for that space, with perhaps more on the way.

Through it all, the Three Kings team has learned the importance of closing underperforming spaces. They’ve recently closed two other Brooklyn projects that didn’t make sense for financial or strategic reasons, choosing instead to look for more partnerships.

“We’re now at the point where we’re hiring people who have more experience than we have,” Massoni says. “Sometimes we go without to make sure we are building the right team.”

Lesson 3: Know When to Take a Breath

Never underestimate the toll of breakneck expansion. Just because you enjoy the thrill of continued growth doesn’t mean you should keep pushing. Sometimes the smarter play is to call a time out, so you can analyze your own strengths and weaknesses. 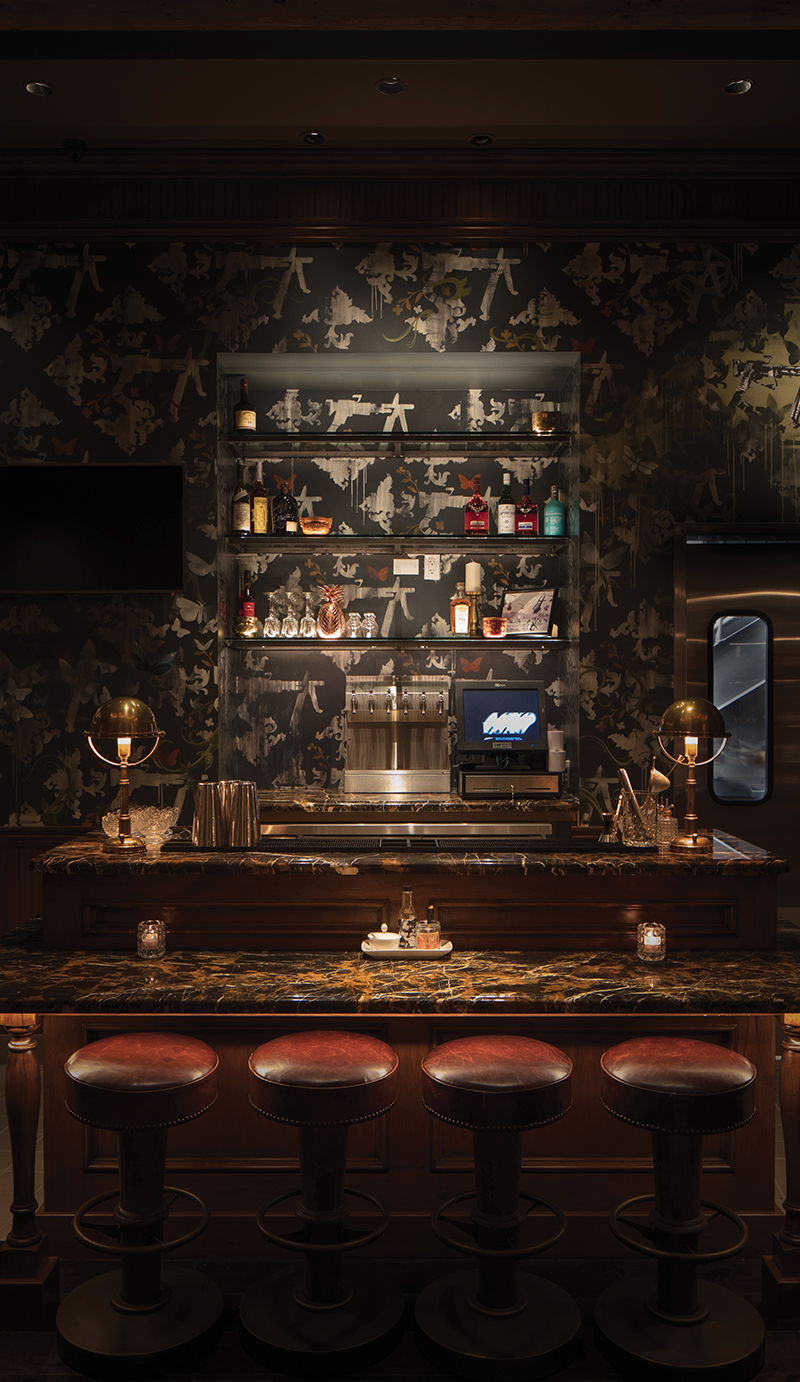 That’s the strategic approach Blackhouse Hospitality Management adopted earlier this year. Previously, Blackhouse had been on a tear, launching eight restaurants across Southern California in the first five years of its existence.

After opening its newest project in 2016—a hybrid steak and seafood restaurant called Bluegold, which included a miniature version of flagship restaurant Little Sister called LSXO tucked inside it—the group has hit the pause button.

The much-needed break will give Blackhouse’s strategic partners—Jed Sanford, Tin Vuong and Scott Young—a chance to map out the company’s next phase of growth.

Until now, Blackhouse’s strategy has been predicated almost entirely on instinct. As a result, some of its concepts have yielded less than optimal results.

The lesson learned? Say “no” more often. Blackhouse has decided to build out concepts that don’t have a lot of direct competition. A French / Southeast Asian restaurant is rare, which is why Blackhouse will double the number of its Little Sister locations from two to four this coming year.

Knowing big-name developers often court independent operators by offering incentives, Blackhouse has learned to be far more strategic in choosing sites. The partners are now looking for space in mixed-use development locales that offer the kind of all-day traffic that leads to lunch and dinner sales.

As the partners’ restaurant portfolio grows, the company uses more outside help. It outsources its HR and finance operations, and has added internal food and beverage specialists, operations experts and a marketing manager to create a standard operating procedure.

“People open a restaurant for a lot of reasons,” Sanford says. “It came from a place of passion for us, but it turns into a business. You can’t lose that passion, but you have to manage it from a little more logical standpoint.”