The debate over raising the federal minimum wage remains a hot one, especially in the hospitality industry—the nation’s second largest private sector employer. Many restaurateurs say an increase will force them to raise prices and layoff staff. Others say the issues are oversimplified, that across the board hikes won't help everyone, and that $7.25 an hour is not a livable wage. 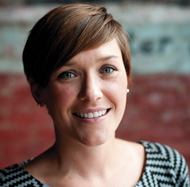 Co-owner and chief financial officer of Ethan Stowell Restaurants, including How to Cook a Wolf, Seattle

“Nothing like what is happening here in Seattle has been done before. We’re going from $9.32 to $15 an hour minimum wage (over three to seven years depending on the size of the business). With the increase, restaurants are going to have to change the way they do business, so food prices are likely to go up.

We’re considering implementing a charge in the form of an automatically added 18 to 20 percent service charge (not the same as a gratuity). That way we can equitably distribute tips between all employees in the front and the back of the house.

The hang-up for me is that we have many tipped employees making far more than the minimum wage. Our servers make more than $30 an hour. We have some bartenders who make $80,000 a year. So let’s pay the people that really need it, such as the cooks. The cooks cap out at $17 until they go to management, so a raise to the minimum wage won’t help them.

This whole movement came from workers for big, corporate fast food restaurants, which is far from the reality of our restaurants. Our business is so different than the fast food nation this legislation was geared towards. We’ve been lumped into an arena with some bad actors.

We always have been in support of a fair minimum wage. We have an income inequality issue that’s a national problem. Everyone in this country should earn at least $10.10 an hour. We do need to start taking care of our communities, our neighbors and the people whose kids go to our schools.” 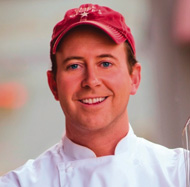 Backstory: Undergraduate degree in theology, graduate of the Culinary Institute of America, chairman of the Restaurant Association Metropolitan Washington.

“I personally support a raise to the minimum wage on hourly employees. However, I disagree with the idea of raising it for tipped employees. Tipped employees are different because the law guarantees they will make the base minimum wage. If they don’t make it, the employer is required to cover the difference.

I’ve heard the argument that the minimum wage needs to be raised for all employees because some employers aren’t making up that difference. If there are restaurant owners breaking the law, they should be prosecuted. Are there people out there like that? Yes. However, I can’t do anything about people who pay their staff under the table.

Our tipped employees make on average $27 an hour, so you’re fighting for a group that’s already making more money than the minimum wage. An increase to the minimum wage for all employees would be a substantial impact to the bottom line. I might not be able to sustain those costs either, and the restaurant might go out of business, so nobody makes anything.

When this issue came up in D.C., city council member  Vincent Orange proposed a raise for tipped employees. When I sat down with him and the other representatives, he admitted he didn’t fully understand how the tipped employee payment system works. Once he understood it, he came around to our side.

D.C. did increase the minimum wage to $9.50 for non-tipped employees recently and it will continue to go up. It does need to increase over time. I’m not sure I want it to be $20 an hour, but the increases they came up with were relatively reasonable based on the cost of living over the years.” 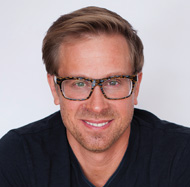 “Minimum wage has gone up to $8 an hour, and in 2016 it’ll be $9.50. After that, it will be tied to inflation. This has been a hot, ongoing issue for a long time. I’m not in favor of having this high of a minimum wage. In our industry it’s a very different issue than many other industries, because none of my employees make minimum wage. There is not a single hourly, non-tipped employee who makes minimum wage. I wouldn’t be able to keep employees if that’s all I paid; they wouldn’t work here.

On the other hand, I have employees in the kitchen who should be paid more. For back of the house workers, this is their career. And there is absolutely no way we can afford to pay our back of the house people more money when we keep giving the front of the house people more money. We work in a thin margin business, so any extra pressure has a dramatic effect. We can’t absorb those costs as easily as other industries. On top of that, menu prices are rising at my restaurant and industrywide in Minnesota.

The Minnesota Restaurant Association has developed a productive compromise by introducing the idea of a tiered minimum wage. When it goes up in the future, it only goes up for non-tipped employees. Tipped employees will stay at the $8 an hour it is currently. However, if a tipped employee makes less than $12 an hour with wages and tips, the business owner would make up the difference. We feel it’s a very fair compromise and a model that should be considered on a federal level.” 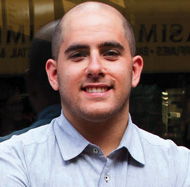 “On July 1, 2014, Sweetgreen raised its starting wage across all of the markets in which it participates to not only match, but exceed, federal and state-mandated minimum wages.

We want to attract incredible team members as we continue to grow. Our growth is 100 percent fueled by people. We can find the real estate and we have great financial partners, but the people are the key.

We had the (U.S.) Secretary of Labor for lunch at Sweetgreen to talk about this issue, and the idea of a national minimum wage is something we support. We think that’s fair and we’re always going to stay ahead of it. It’s something we believe in, which is why we raised our starting wages early.

In the end, we don’t see it as a cost; we see it as an investment. It’s going to make our employees happier, keep them with us longer and attract better employees as we grow. In the end, that will help our stores earn more money.”