Restaurateurs agree that employees who witness harassment, theft or even violence need to reach out to management. But for less serious situations, how do operators draw the line between reporting a co-worker for the good of the business and flat out snitching?

In an industry where staff work in close quarters and rely on one another, blame is easy to throw around and conflict can spread quickly. Four chefs weigh in on how to cut petty tattling without jeopardizing the peace—or the business. 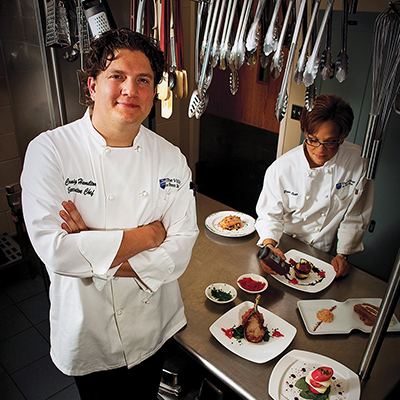 “You need to be upfront and honest with all employees. Address the issue, learn from it, move on and then continue to build on the relationship each day. Once a co-worker put a negative comment about another co-worker on social media and she found out about it. She reported it to us, and we had to address the situation with both employees.

I think the best way to handle any negative situation between co-workers is to bring them in a room together and just let them talk openly, one at a time, about what is bothering them. A lot of good can come out about why people are upset or how they feel about one another. Sit back, listen and then voice your opinion on the matter. Let things settle down for a day or two and then bring them back in and openly talk more. For one particular situation, both employees figured out who was at fault and why it happened, and both moved on from the incident and now work side by side each day.

Creating a fun, happy and energetic work environment with all employees being treated as equals can eliminate most employees wanting to tattle on each other and want to address issues themselves. Keep things positive and remember why they are here—and that is for the customers.” 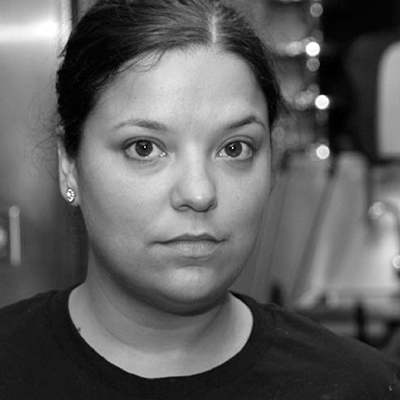 “I never want to jump to conclusions or only get one side of the story. I take into consideration what the person making the claim is saying, and then I observe the situation myself. If I agree, I critique the situation and offer the person insight into how to do the job better, but not in front of everyone. I’ve learned to pull people aside and do it privately. I’ve had people freak out and turn it into a lot more drama than it needs to be because they don’t agree. I like to say, ‘What I’m observing is you’re not doing this fast enough,’ or ‘I’ve been watching and noticed these two things. Let’s do it together, and let me show you how you can improve,’ instead of creating ‘he said, she said’ chaos. Otherwise it becomes, ‘I don’t like this person because he said so and so to Boss Lady,’ and then I have a whole other situation to manage on a daily basis.

Do your own investigation and take it one-on-one without naming names. Pettiness will push you over the edge, but if you remain calm and create a very calm, but structured atmosphere, you’ll be surprised that people will work in that flow naturally. Those who don’t will stick out like a sore thumb, and you just eliminate them. The energy that you put into your kitchen is what you’ll get back. If you create a stressful, very tense environment, if you snap at your employees, if you are not a strong leader, if you’re doing things against your own set rules, it’s obvious that’s what everybody is going to do. Leading by example is always the best way.”

Practice What You Preach 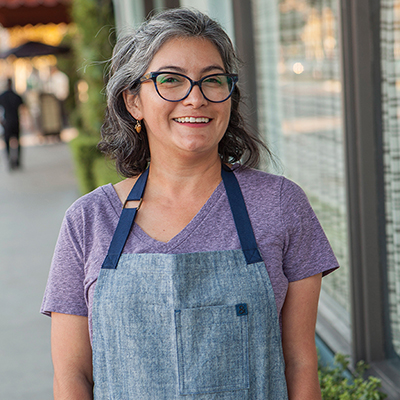 “Mozza has a no-tolerance policy when it comes to harassment. I have had to counsel employees on issues such as sexual and verbal harassment. We work closely with our HR department at the home office in New York. For other situations, I do my best to promote open communication. I am a huge fan of sitting down and talking out all gripes on the spot—no festering. We have an open-door policy that is practiced companywide. I sit down the employees involved, and we talk. Everyone gets a chance to speak his or her mind; I mediate.

It starts at the top. Practice good communication and treat everyone with mutual respect. It could start small, like stopping by a team member and asking, ‘How’s your day going?’ or just saying, ‘Good morning.’ You have to be approachable and your team members need to know that you are open to just talking and that you care. Talk about anything—politics, movies, their weekend or a restaurant experience.” 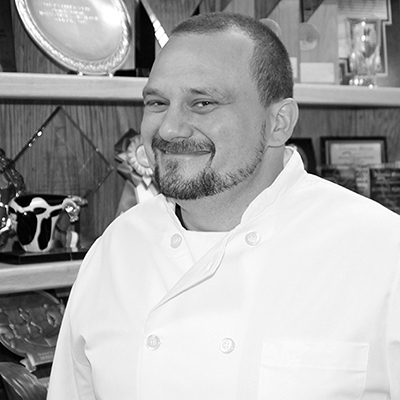 “Staff reporting each other to management happens on a much more regular basis than most people realize. The severity is what differs one instance from another. The petty ones are often about somebody not performing or somebody else’s expectations. It can be anything from not bussing a table to the dishwasher isn’t moving fast enough, or maybe the prep person didn’t prep enough. If somebody comes to us with one of these petty claims, we first ask them if they’ve addressed the issue directly with the individual. Most of the time, it’s a ‘No.’ They want somebody else to resolve issues for them, either out of laziness or fear of confrontation. At that point, we try to get those individuals together and talk it out.

Everyone reacts differently to different situations. Generally the bad eggs work themselves out. We have had instances where it’s been more severe, where it’s detrimental to the business or another person. Let’s say someone is spitting in food, which is obviously termination on the spot. If another staff member knows about it and is not reporting it to management, they’re almost just as responsible. We had a line cook come in after taking so many prescription pills that he was sleeping in front of the fire. His co-workers felt the need to address it with management, and we encourage that. We sent the employee home immediately and eventually terminated him. When someone comes to us with a severe claim like that, we address it with the individual the claim involves, and we document everything. We go through our HR department—whether it’s factual or not—to cover ourselves, cover the business, cover the individual and cover the manager.”