According to the National Restaurant Association, more than 23 percent of the workforce is foreign-born. With such a substantial industry impact, it makes business sense to face the issue head-on. Four operators share how they’re handling matters. 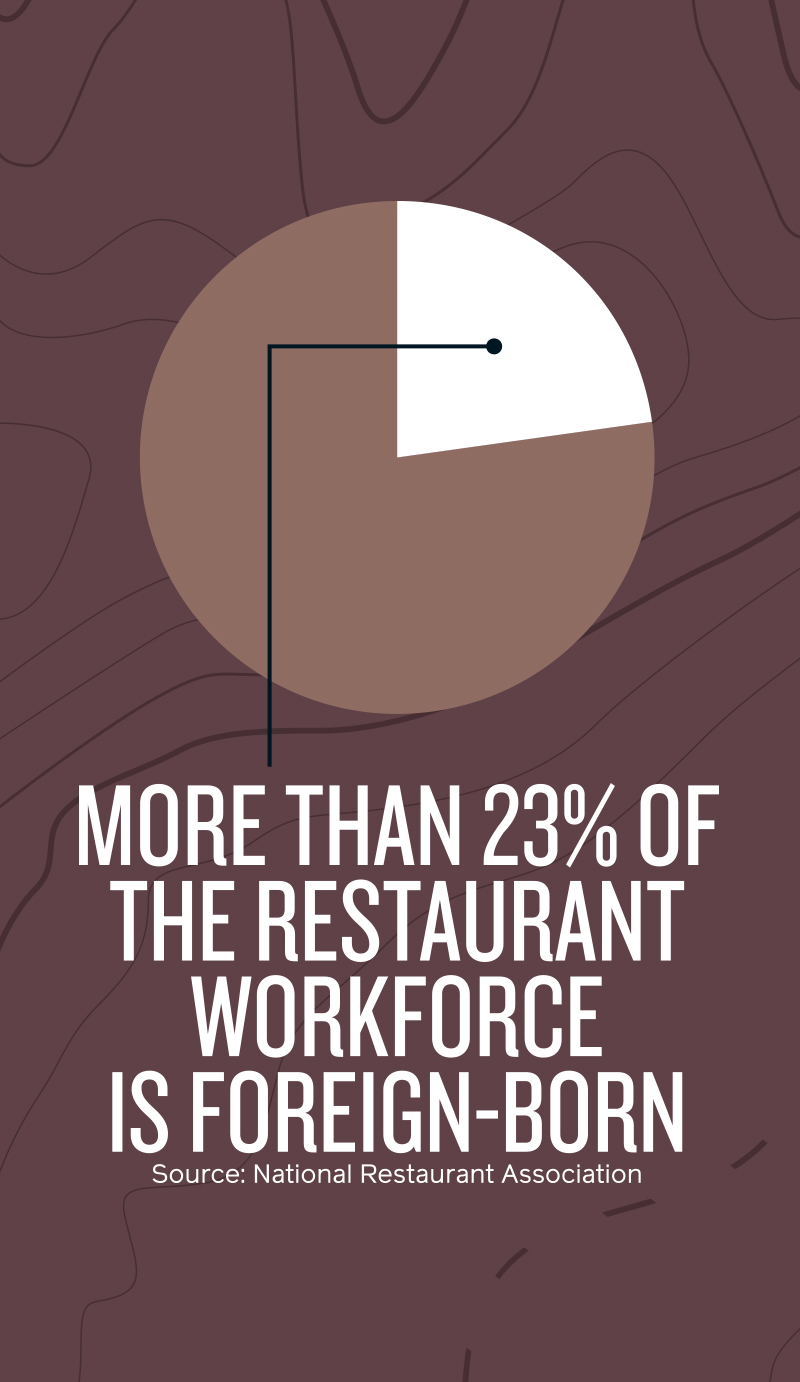 Backstory: Co-founded Zingerman’s Delicatessen with Ari Weinzweig in 1982, growing it into a restaurant group with 11 operations; committee member for Restaurants Advancing Industry Standards in Employment (RAISE).

“What’s important is that we follow the law as written and that we have I-9 forms on file for all 700- plus employees. As the pre-election season started heating up and the rhetoric began to get more divisive and it seemed to give folks more license to use derogatory and hateful speech, some of our employees started to feel threatened. There have been comments made by customers in the workplaces and on their way to work, on the bus. So we wanted to let them know that we had their backs and that in our establishments, we were going to have zero tolerance for xenophobia, racism, homophobia and Islamophobia. We felt that it was necessary for us to make a publicstatement (by becoming a part of the ‘sanctuary’ movement that protects workers against harassment).”

Backstory: Three-time James Beard Award semifinalist in the Best Chef-Midwest category; immigrated from Israel in 1997; participated in A Day Without Immigrants by closing his restaurants in February to protest President Trump’s executive order on immigration.

“We gave moral support, approaching immigrant workers and reassuring them that we, as an employer, will do anything and everything we can to make sure that it’s a safe environment for them. We (also) contacted our local chapter of the ACLU and asked for guidelines. A post circulated for restaurants gave instructions on what to do should you have immigration police come knocking on your door. No panicking, collaborate, follow up in a way that’s lawful and respectful. The big thing I also recommend (to them is to) keep a low profile. There is no (outright) policy right now; it’s a lot of rhetoric and a cloud of fear. Until we know what it is, avoid getting into trouble, minimize interactions with law enforcement, don’t speed, don’t be overserved (alcohol) in a restaurant—simple things. We make sure we can provide whatever legal support or financial support is necessary.” 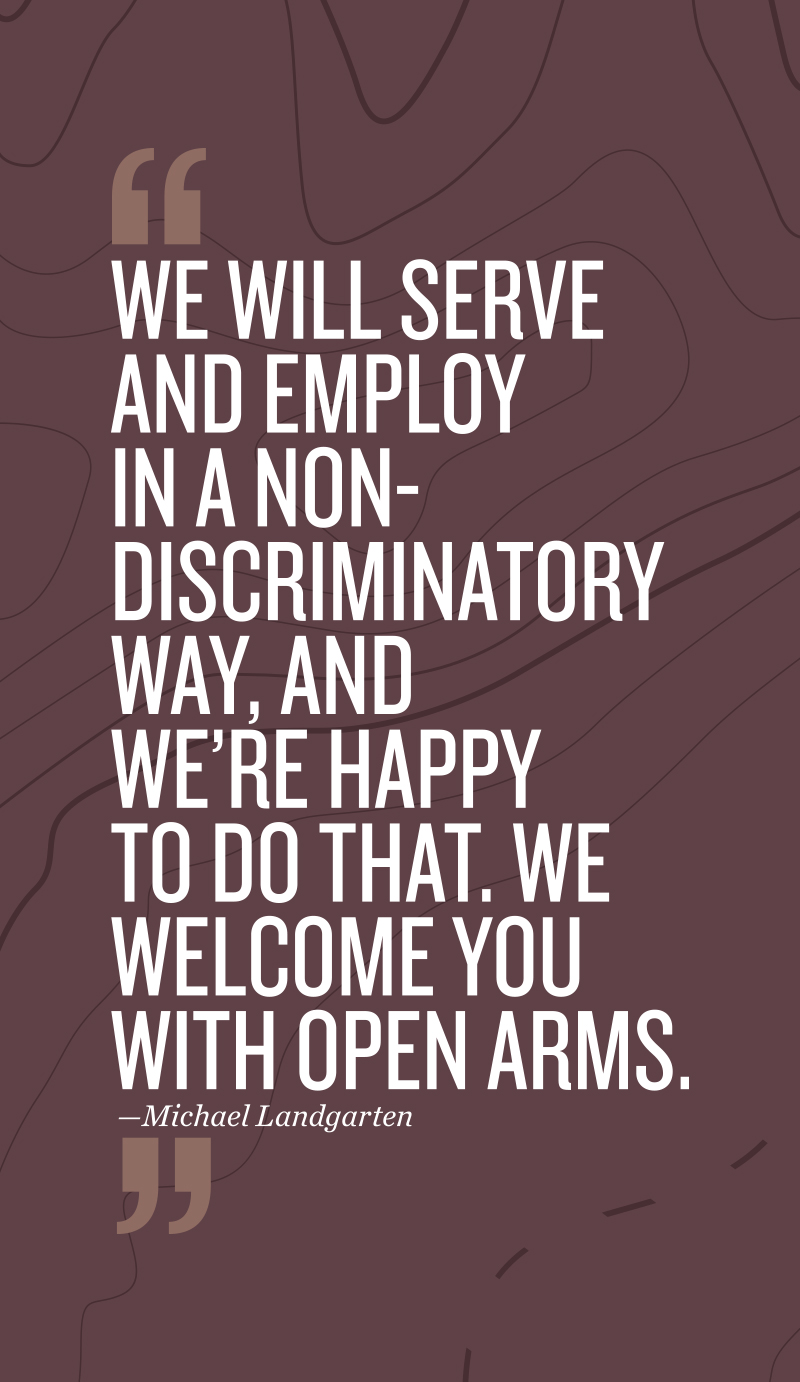 Backstory: Worked as a manager and sommelier in New York City and San Francisco before moving to Austin eight years ago and opening L’Oca d’Oro with his business partner in 2016.

ORMAN SAYS:
Have Their Back

“The only thing to do was to tell them, ‘If ICE comes to our door, we are not (voluntarily) turning over documents pertaining to your employment or pertaining to your immigration status,’ and say, ‘Are you OK? Is there anything that you need from us? If anything does happen, come to me. We have immigration lawyers who are regulars at the restaurant, and I will make sure that you have help.’ We just want to make sure our employees know that they are not getting turned over by their employer. I would recommend everybody sign on with Restaurant Opportunities Centers United (ROC United), a nonprofit organization that supports restaurant workers, and use it as a resource. They have folks who are very easy to get in touch with and can help guide you through lots of different situations.”

Backstory: Operated Bob’s, a landmark New England restaurant, for more than 30 years; acts as a steering committee member for RAISE.

“We all felt the need to stand up for our industry and valued staff and guests (and become Sanctuary Restaurants). We thought this was an important thing to make overt. We will serve and employ in a non-discriminatory way, and we’re happy to do that. Part of hospitality is that everyone is welcome: all backgrounds, preferences, lifestyles, the most right-wing, the most leftwing and so on. Currently that is going out on a limb for us to put that out there but we feel it is a given. The overwhelming response (from staff) has been pride and ‘Thank you, we’re glad you did that.’”