RESTAURATEURS HAVE FIGURED OUT THAT MARGINS ARE BETTER FOR BREAKFAST THAN DINNER. WHAT’S AN EGG – EVEN A GOOD EGG – COST?
— Geoffrey Meeker, owner of French Truck Company 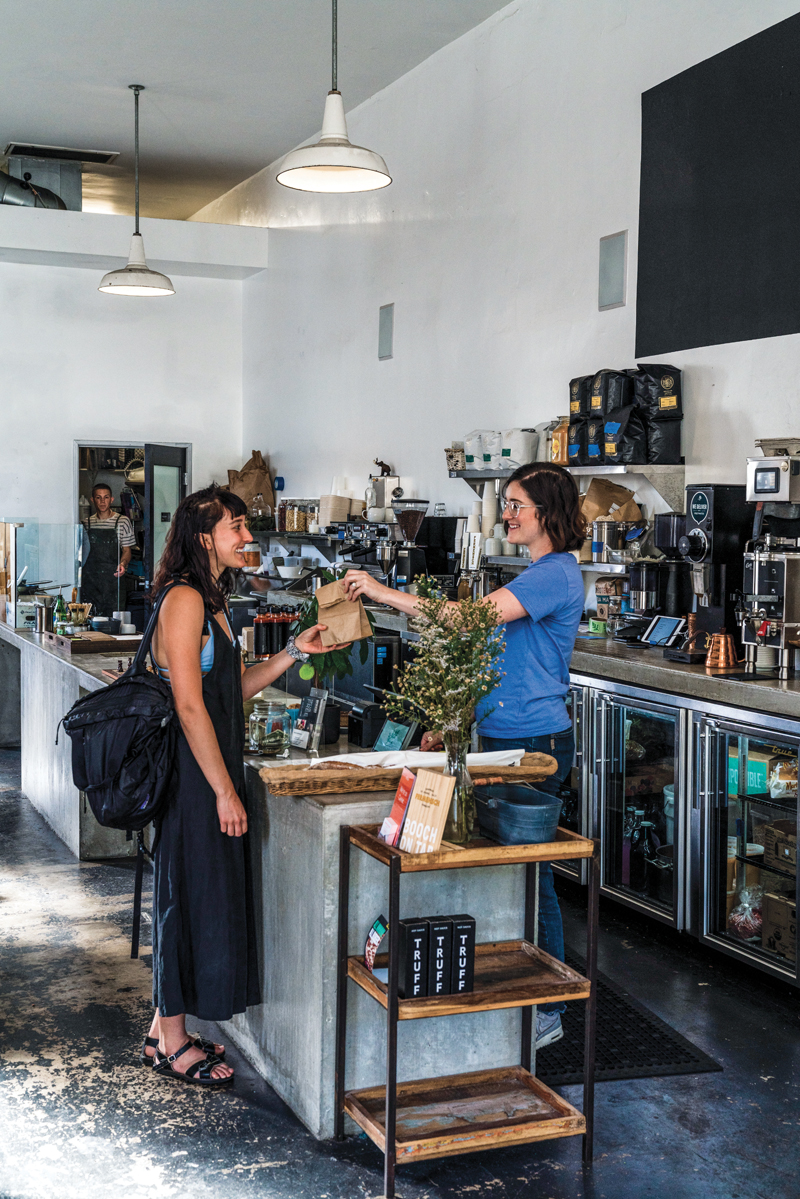 Let’s agree that just about everyone loves breakfast.

Maybe it’s ingrained from childhood as we’re told it’s the most important meal of the day. Or that today’s healthier lifestyles begin with a nutrient-charged breakfast. Specialty diets – paleo, keto, vegan and gluten-free, just to mention a few – also stress the importance of the morning meal.

To take the biggest slice of the breakfast pie, past sales growth statistics indicate that menu options must allow customers to eat and walk at the same time. Convenience, portability and healthy also rank.

“We have more people for breakfast than lunch,” says Geoffrey Meeker, owner of French Truck Coffee, which has five cafés in New Orleans and Baton, Rouge, Louisiana, including a Memphis, Tennessee, location, with five
more on the way. Meeker says that 70% of his customers buy food. “Restaurateurs have figured out that margins are better for breakfast than dinner,” he says. “What’s an egg – even a good egg – cost?”

Some 29% of restaurants offer a separate breakfast or brunch menu, a 24% overall increase from a decade ago, according to Datassential, a food research firm. The growth is concentrated in sit-down restaurants with a 58% increase in casual restaurants and 31% jump in fine dining spots for the same period.

Breakfast, in fact, is the only daypart enjoying growth. The NPD Group says breakfast visits have increased 1% for the year ending March 2017, while lunch sales were flat and dinner decreased. 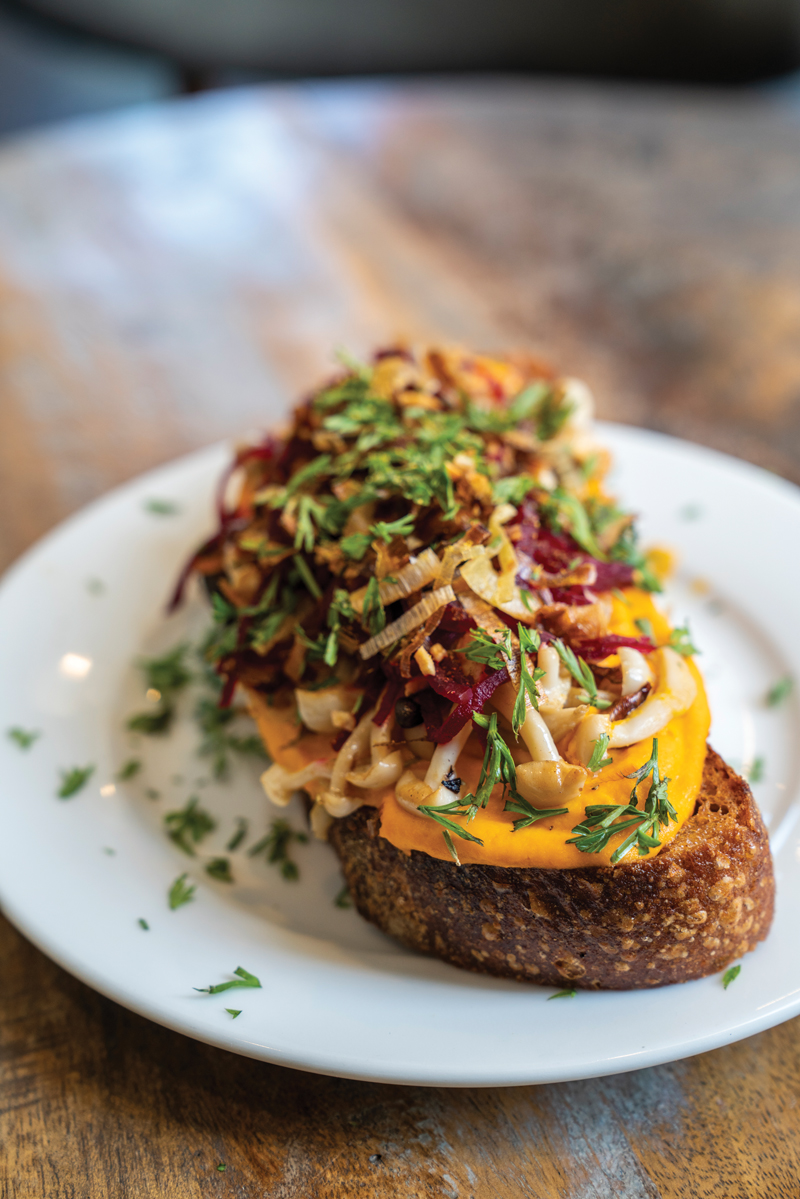 And for those who want comfort without the gluten, cauliflower grits topped with a fried egg, sautéed Brussels sprouts and parmesan satisfies or a pepper and egg white sandwich with shishito peppers, pepper jack, organic kale and spinach fits the bill for on-the-go customers at Beatrix, a health-centric concept in Chicago.

At Real Good Stuff Co., cold-pressed juices and organic smoothies act as the backbone of its menus, but according to founder Jon Schiff, breakfast sales have grown “exponentially” at the Chicago concept. Most of Real Good’s customers order breakfast to go, so the portability of toasts and smoothies is attractive.

“Today, breakfast is 30% of our overall business,” he says. “I think people are looking for real food that they can grab and go. Something that is fiber- and nutrient-dense.”

Millennials are more likely than any other generation to purchase breakfast, averaging two breakfasts per week, compared to 1.3 in the population at large.
—Datassential 2018 report on millennials

BREAKFAST OUTSIDE THE BOX 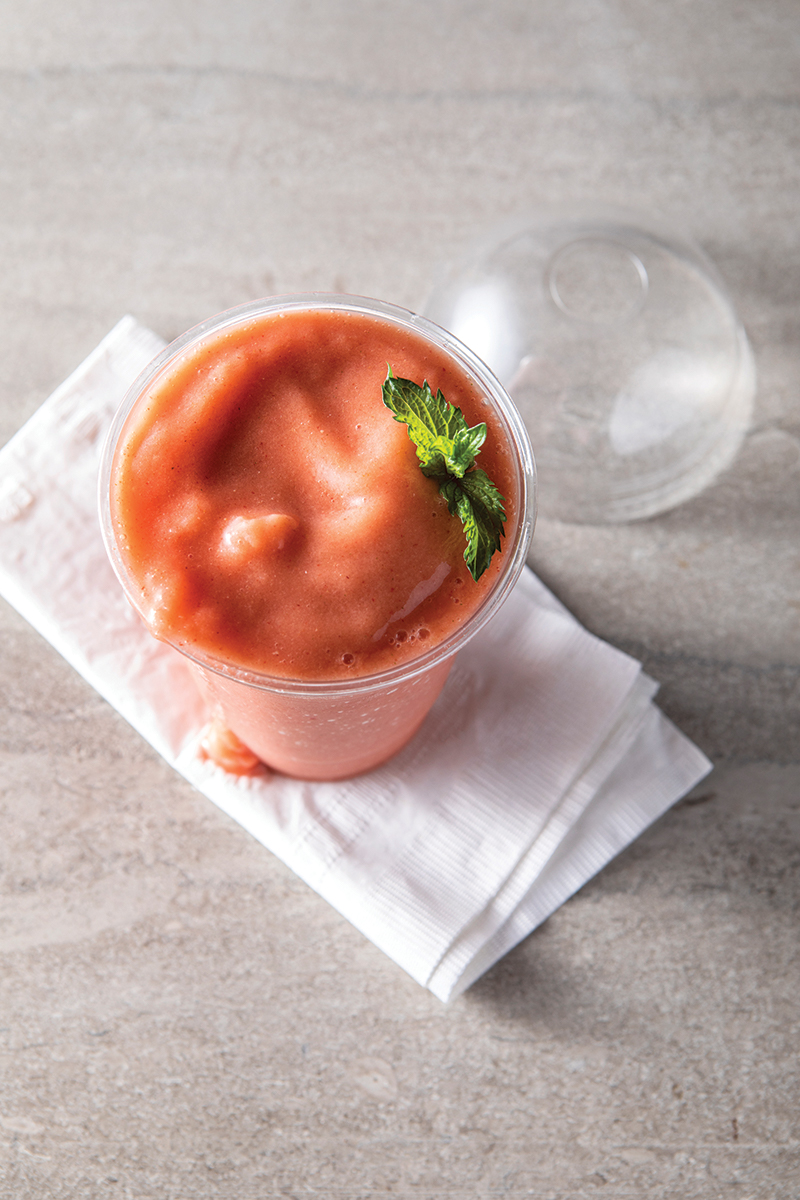 To satisfy millennials, the largest demographic driving breakfast sales according to Datassential, it’s essential to venture beyond the familiar.

Jordan Kahn innovates further at Destroyer, his 14-seat breakfast and lunch spot in Culver City, California. An alum of Thomas Keller’s Per Se and Grant Achatz’s Alinea, Kahn draws from the breakfast fare of Southern Chinese peasants by serving porridge, only his comes with caramelized broccoli, puffed rice and burnt onion.

“People are going out for breakfast more now,” says Meeker of French Truck Coffee. “You just have to get people over the mental barrier of spending more than $10 for breakfast.” Breakfast sandwiches are his bestsellers, contributing to 70% of his retail business. 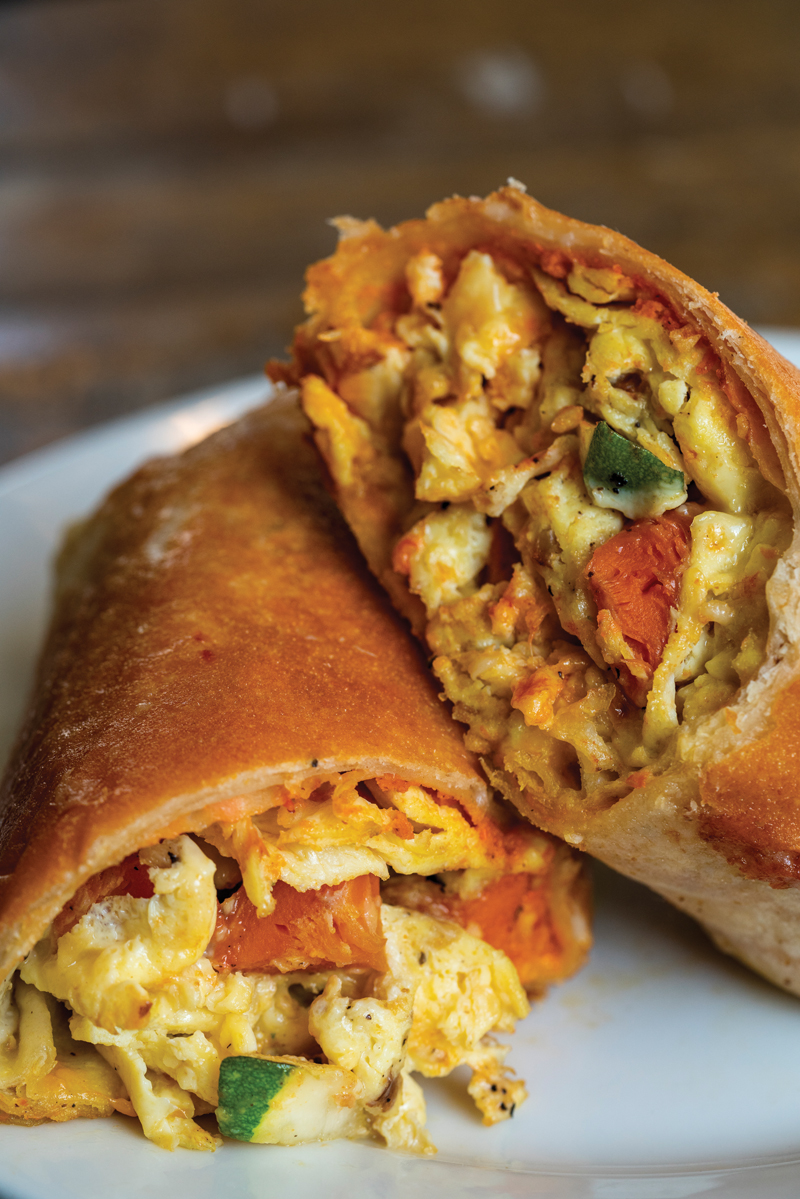 When the vegetarian and vegan-friendly Pondicheri opened, Indian food for breakfast was a hard sell, but over the past seven years, it’s become a cornerstone of the business. Owner Anita Jaisinghani believes the desire for more robust global flavors, a younger audience and healthier items contributed to this shift.

Dosas are on the menu at BimBeriBon in Asheville too, along with the egg and tomato dish shakshouka and Chinese jian bing, a vegetable-filled egg crepe. The new all-day cafe appeals to vegans and carnivores alike with their globally influenced menu.

“I’ve had diners carefully studying the menu and they tell me that I’ve encouraged them to cook healthier at home,” says owner Reza Setayesh.

SAVE ROOM FOR CLASSIC BREAKFAST FAVORITES

A commitment to breakfast classics has served restaurateur Martha Hoover well over the past 30 years at Cafe Patachou in Indianapolis. With six locations, the menu has changed and now even serves avocado toast but many items, including the namesake omelets, remain from day one.

“People tend to gravitate towards breakfast items that are familiar,” says James Beard-nominated chef and baker Melissa Weller, known for her creative approach to comfort food at Philadelphia’s Walnut Street Cafe. But that doesn’t mean they aren’t attracted to twists on nostalgia.

“Our cinnamon rolls are very nostalgic,” she says. “They’re bestsellers along with our pistachio cherry croissants and kouignamann (cake made from bread dough). These really hit home with our guests.”