► No matter the circumstances—or perhaps because of them—ice cream helps consumers keep their cool. It’s the ultimate dessert comfort food, a salve that makes everything mentally better, especially during uncertain times. But consumers aren’t social distancing for vanilla, chocolate, or cookies and cream. 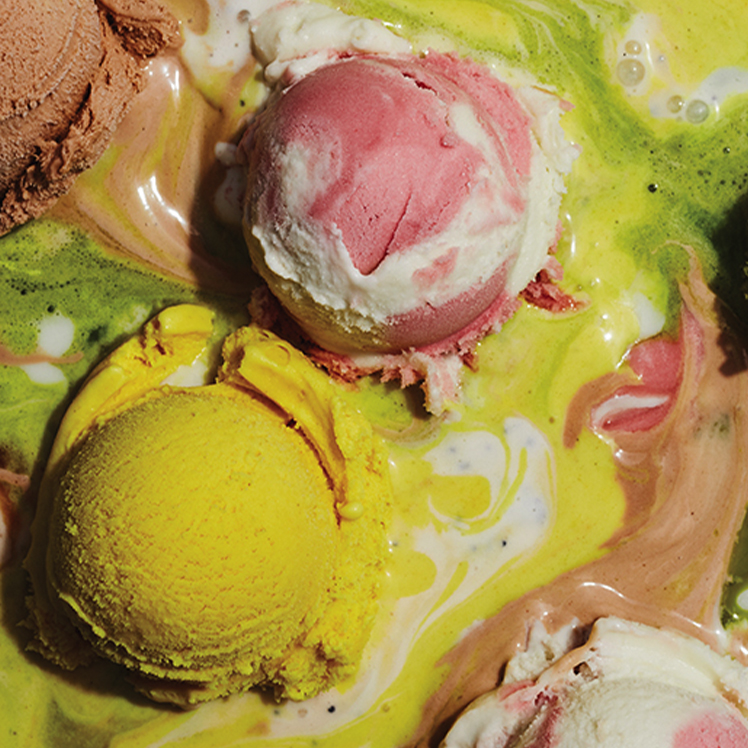 “Everyone wants the unique flavors now,” says Justin Williams of Rockwell Old Fashioned Ice Cream Co., in Provo, Utah. “People have been exposed to so many different food cultures and regional specialties that they expect to see those flavors in their ice creams. Covid had affected business negatively, sales are down due to limited seating. But overall, business is good.”

Some 29% of consumers – including 46% of 18- to 34-year-olds – say they’re eating more “innovative” ice cream flavor combinations than two years ago, according to a Technomic dessert trend report. Savory and ethnic-inspired flavors, dairy-free alternatives and booze-fortified frozen treats are on a tear at ice cream scoop shops, providing opportunities to slip such flavors into more complex offerings.

“There’s something special about ice cream,” says pastry chef Logan Atkinson of Oak Steakhouse
in Raleigh, North Carolina. “No matter how much diners eat for dinner, it’s the one thing they’ll find room for if you make it fresh and creative.”

Recipes from this Story:

“I think people are gravitating to ice cream cakes again,” he says, “especially if they embrace local traditions and flavors.” Atkinson’s take on a baked Alaska swaps in North Carolina banana pudding ice cream – swirled with salted caramel – then surrounds it with two local peanut treats: a peanut milk made by roasting nuts down into a thin sauce; and a sweet-spicy peanut crumble spiked with espelette, cinnamon, nutmeg and lemon zest.

“It’s been our biggest seller,” says Atkinson. “We sell it for $10, although the food cost is less than a dollar per purchase. Ice cream desserts can turn a serious profit if you have a skilled pastry team to execute them.” 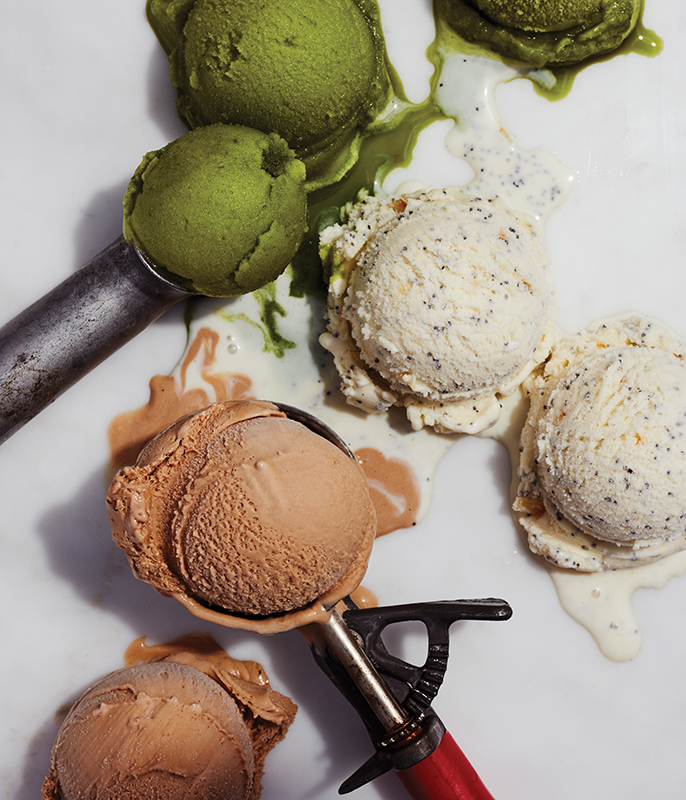 To make a better sundae, pair unique ice cream flavors with rich and complex savory moles and French mother sauces. “I like to work with barley malt syrup and molasses – bases that can be both salty and sweet – and then bring in acidity and slightly bitter notes,” says pastry chef Tucker Critchfield of Moody Tongue Brewing Company in Chicago. “I don’t think diners want the overwhelming sweet stuff anymore.” Note his poppy-seed gelato sundae. Buttermilk gelato – made with preserved Meyer lemons and pithy bits of poppy seed – are sandwiched between a split Earl Grey scone topped with a roasted tarragon-strawberry sauce and candied poppy seeds. Given its richness, it feels shareable – always a plus for sundaes – but at $12 a pop, it remains profitable.

THE SCOOP ON BEER

Dark beer ice creams are the most versatile for spiked desserts, says Nicole Guini of Avec (and formerly Blackbird) in Chicago. They pair with both chocolate and coffee, two staples most tables can’t resist.

Floats: Isolate a savory note in a beloved beer and make an ice cream out of it – say, rye ice cream – then top the scoop with that same beer to make a boozy ice cream float.

Affogatos: Redefine the term “iced latte” by creating a beer-based ice cream – try oatmeal stouts – and top it with coffee foam and oat clusters for a summery take on an affogato.

RISE OF THE ALT-MILK MOVEMENT

Interest in dairy-free ice creams doesn’t show any signs of abating, says Williams of Rockwell Ice Cream. “It’s not that everyone is suddenly becoming vegan,” he says. “It’s that milk products can be hard on people’s digestive systems. People want ice cream without the fear of discomfort.” 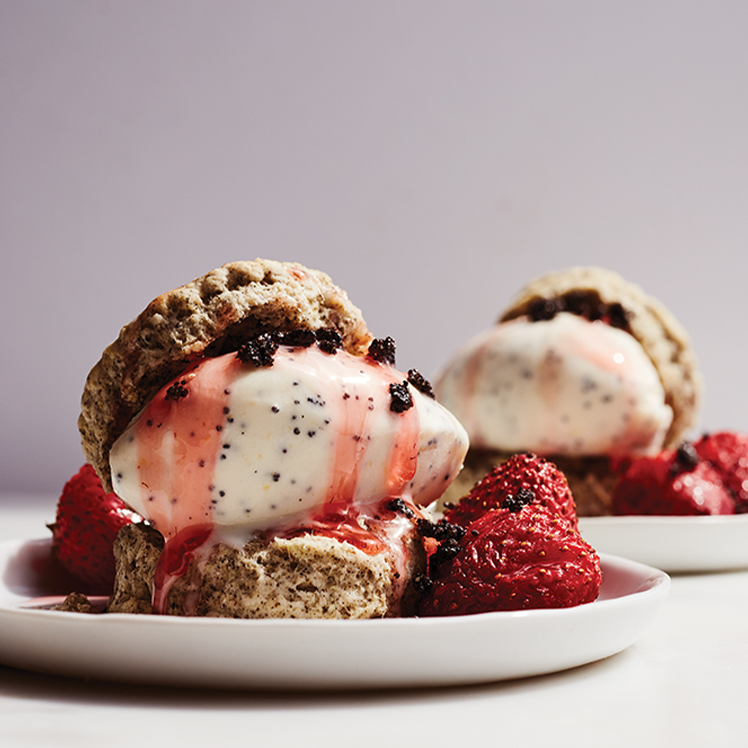 A non-dairy ice cream that defies the stereotype of its genre (poor texture and flavor) can build a loyal following. Williams uses a coconut cream base for his fruit flavors and almond milk for his chocolate and peanut butters—and adds invert syrups (maple, agave, brown rice, golden syrup) for extra body. “If you can get them creamy enough that people can’t tell the difference, they’ll love you for it.” 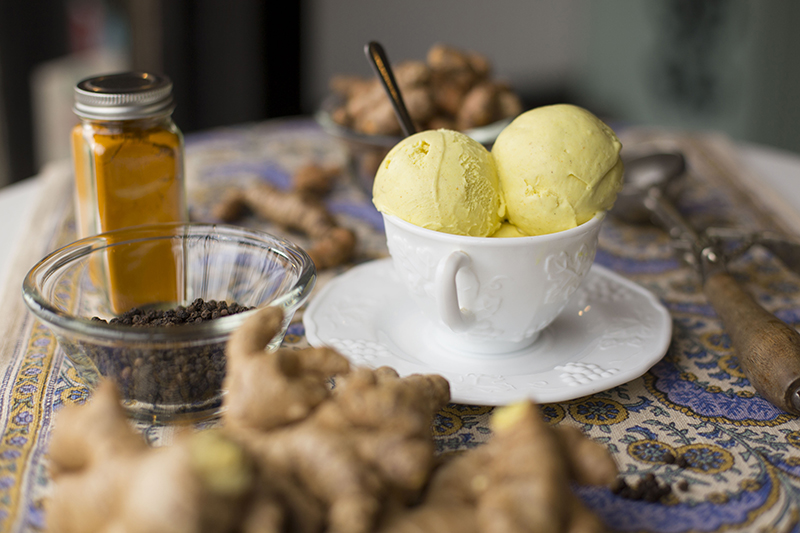 Spiced Sugars
At Clementine’s Naughty & Nice Creamery in St. Louis, Tamara Keefe draws inspiration from the spice markets of India and Asia. Think turmeric-black pepper, Asian ginger and even kimchi ice creams. “Indian and Asian flavors bring in surprisingly large crowds, including some consumers we might not have seen otherwise,” says Keefe. 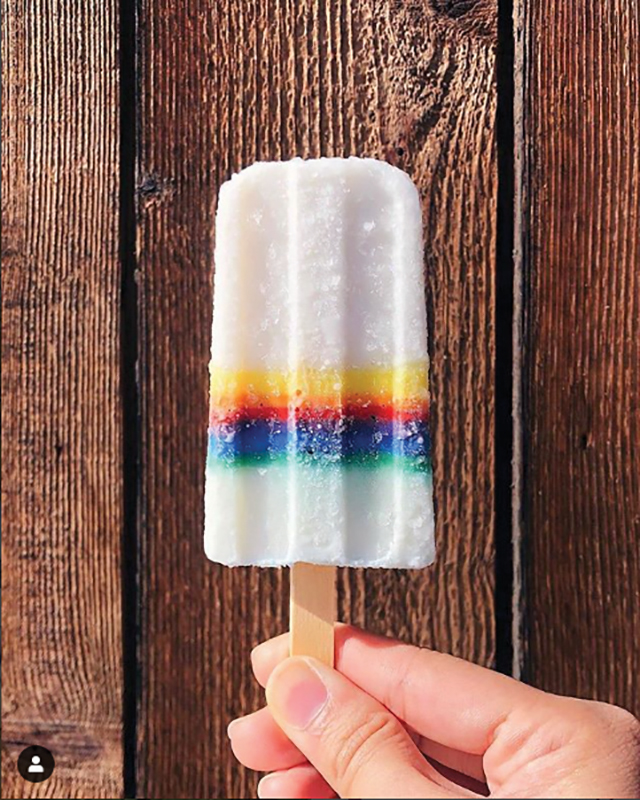 A New Kind of Popsicle Stand
Brooke Williamson of Playa Provisions in Playa Del Ray, California, makes it easy for adults to buy boozy popsicles (kiwi and Campari cantaloupe pops) and for kids to grab frozen cookie dough bars from a grab-and-go freezer at the front of the restaurant. Frozen treats are a can’t-miss impulse buy, and fly off her shelves for $2.50 to $6.50 a pop. 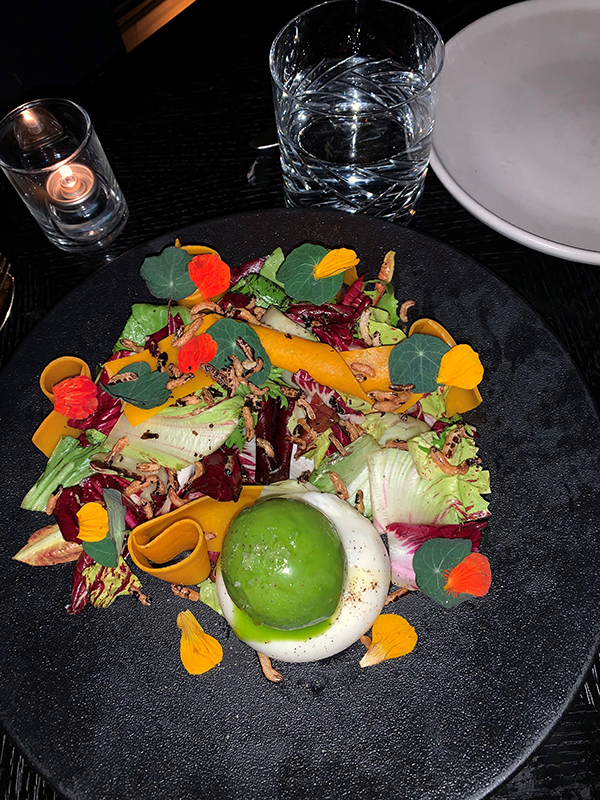 Iced Garden Greens
Pastry chef Sohrob Esmaili of the Proper Hotel uses these veggie scraps to create semisweet carrot sorbets and lighten the flavors of boozy treats, like her angelica-chartreuse ice creams. Meanwhile, executive chef Jason Fox sets a nasturtium sorbet in the middle of his summer salads for a cold blast of garden flavors.